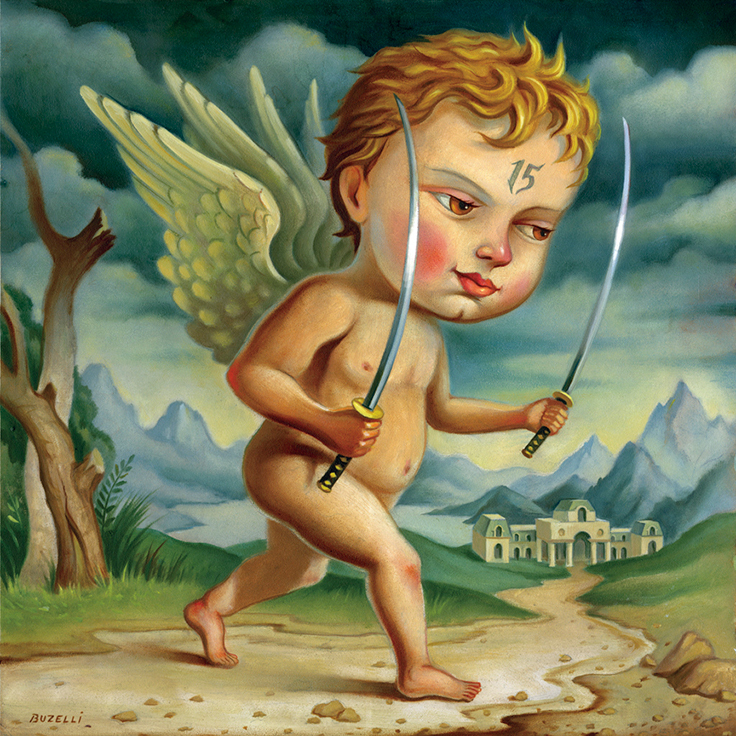 Samurai Cherub/12"x12"/oil on board
My painting for the Sundance Film Festival A to Z Book designed by Todd Oldham Studios. This book was made especially for this year's festival and includes 26 illustrators with a cover illustration by Wayne White. Each illustrator was given a letter and various movies, actors and/or directors that began with that letter to interpret in their own way.
I was given Q which luckily included one of my favorite directors, Quentin Tarantino, as well as the films Queen of Versailles, and Quinceanera. Queen of Versialles was a really great riches-to-rags documentary. It follows the life of the extremely wealthy Siegel family as they build the largest and most expensive single-family house in the U.S. and the crisis that arrises as the economy crashes. Quinceanera is a film that I saw a few years ago. It was about a Mexican American teen in L.A. dealing with her upcoming Quinceanera (15th birthday) and her hidden pregnancy. 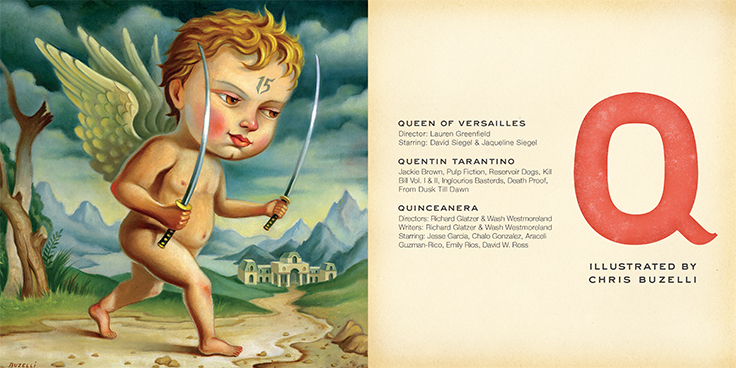 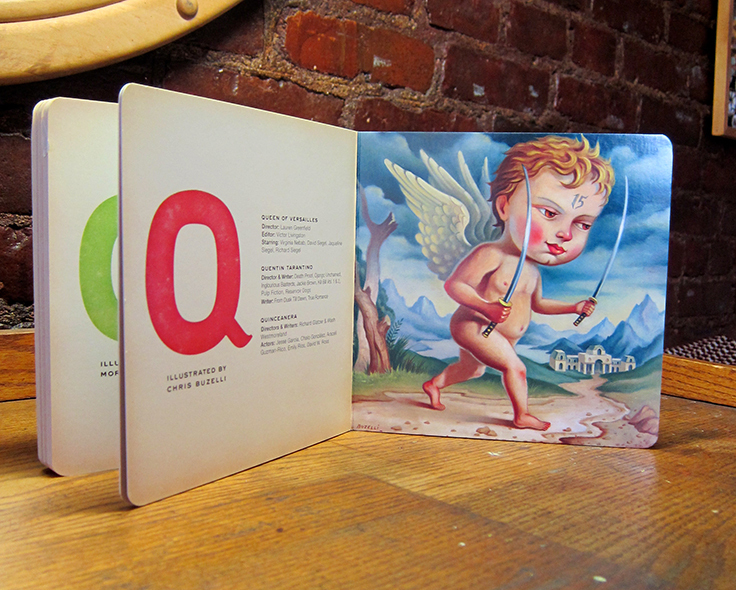 Thanks so much to Todd Oldham and Greg Kozatek (once my former student and now designer at Todd Oldham Studios who currated this project). The book can be purchased at the Sundance Festival Store or at Amazon. 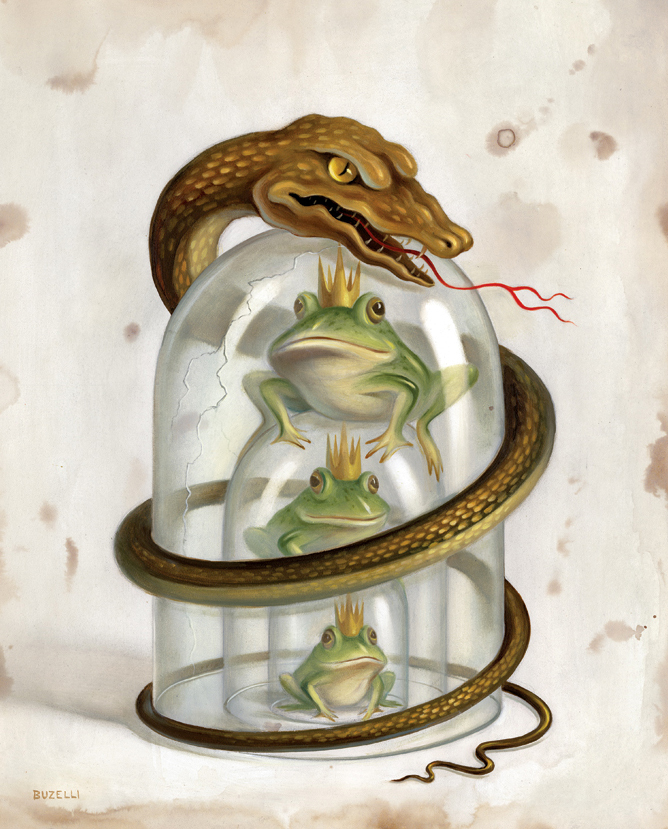 Realms/16"x20"/oil on board
This painting was for a publication in Italy (AlixPartners). It was about the current fragile conditions of the Italian economy and their small banks. These banks assume that they are kings of their own small realms but will soon need to merge in order to survive. Thank you to AD Syndi Becker.

Both of these paintings as well as a selection of my 100 Power Portraits are in the current annual juried exhibit at the Society of Illustrators in NYC. It is a fantastic show and will be up until January 26th. I was so proud to see two of my former students and now illustration superstars, Victo Ngai and JooHee Yoon awarded with Gold medals at the opening!