Death and Madness at Diamond Mountain for Playboy 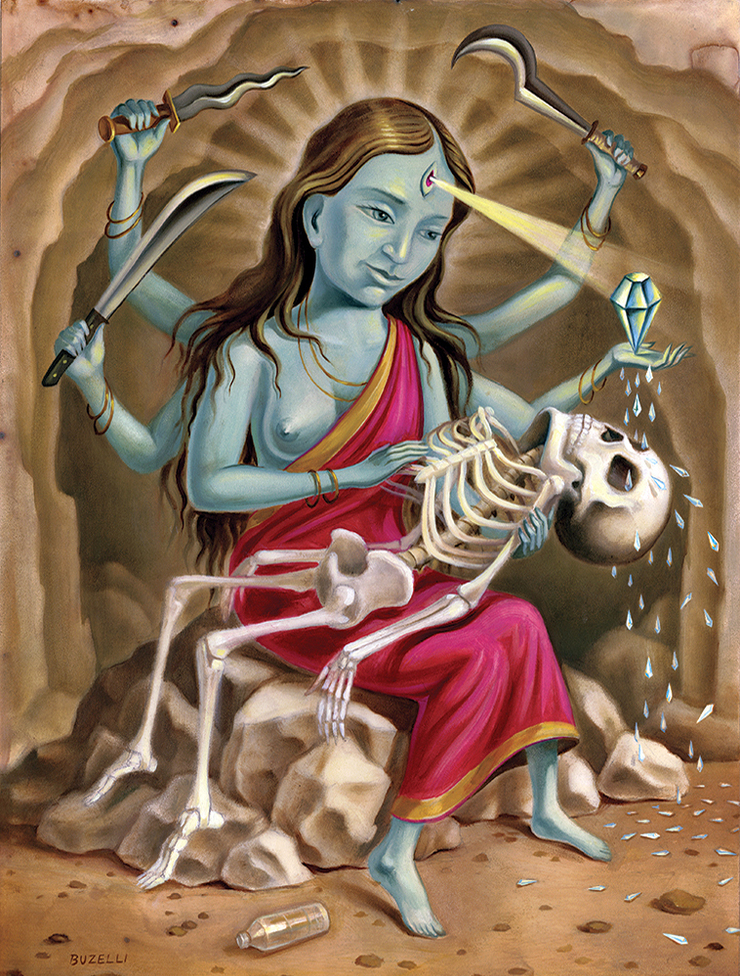 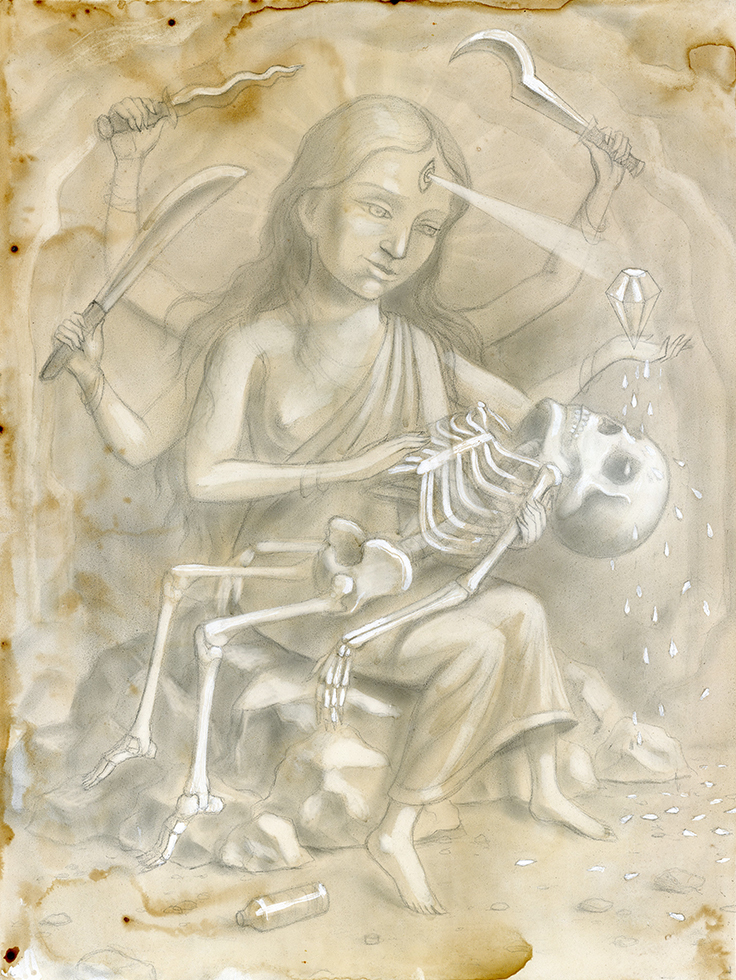 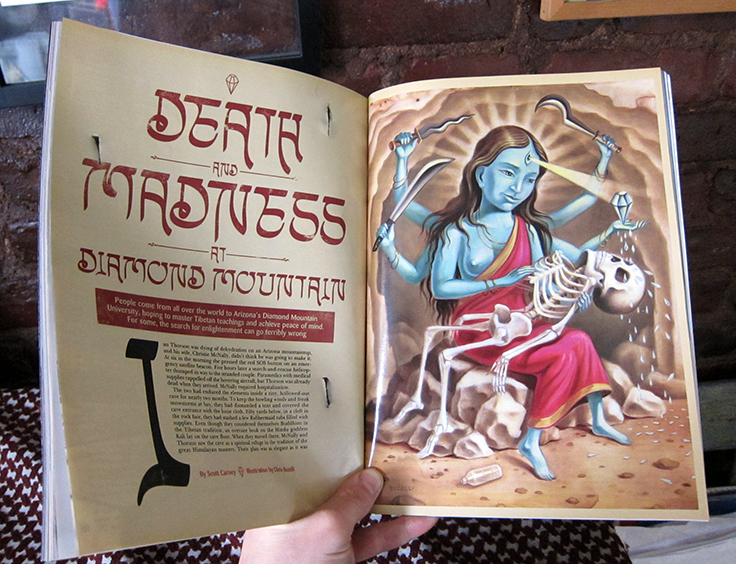 Here's a piece for a recent article in Playboy magazine called "Death and Madness at Diamond Mountain." This unbelievable true story took place in Arizona's Diamond Mountain Retreat Center where people come to achieve peace of mind through Tibetan teachings, meditation and yoga. Christie McNally became one of the spiritual leaders at the Center. This story follows the rise and fall of Christie where she became obsessed with the dark Hindu mother goddess Kali who is usually depicted holding weapons and decapitated heads. Christie's illicit sexual liaisons and use of weapons led to her banishment from the center that followed by a mysterious death of her closest follower. It's really exciting to get a call from Playboy and get a non-fiction piece where truth is really stranger than fiction. Thanks to AD Justin Page!