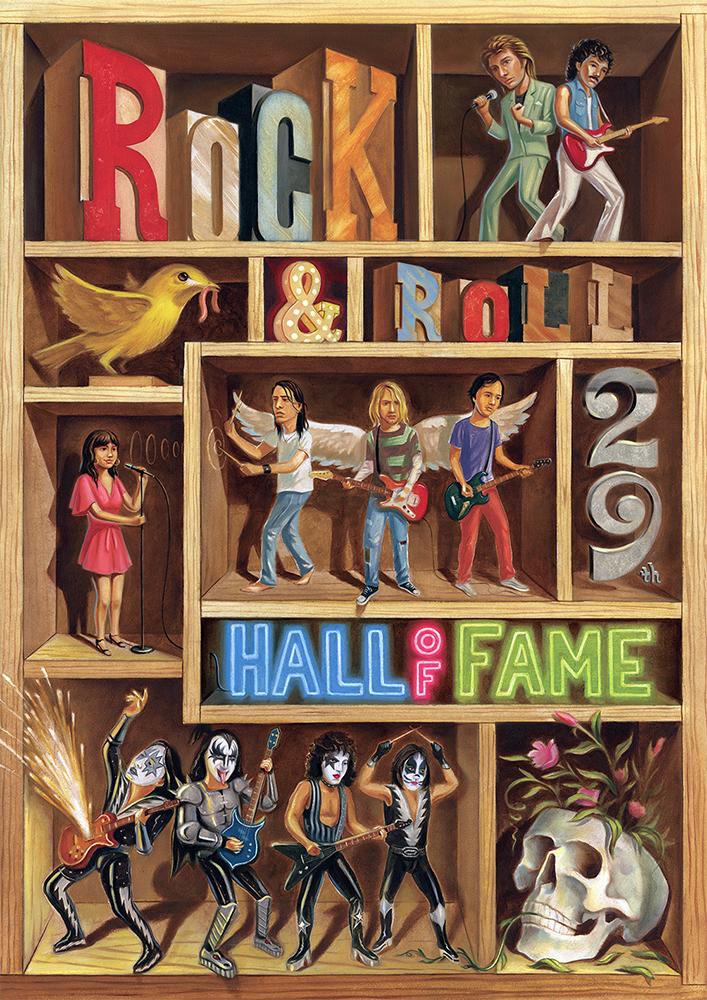 I had the honor to illustrate for The Rock & Roll Hall of Fame 29th Annual Induction Ceremony. Every year an illustrator is commissioned to illustrate the portraits for that year's inductees. This year there were 24 individual inductees: Nirvana, Hall and Oates, KISS, Peter Gabriel, Linda Ronstadt, Cat Stevens, The E Street Band, Andrew Oldham (manager/producer of The Rolling Stones) and Brian Epstein (manager of the Beatles).
I can't thank Steven Charny enough for his art direction and guidance on this project. As well as Jann Wenner, co-founder and host of The Rock & Roll Hall of Fame. Thank you both for creating a venue for many illustrators and fulfilling one of my dream jobs. 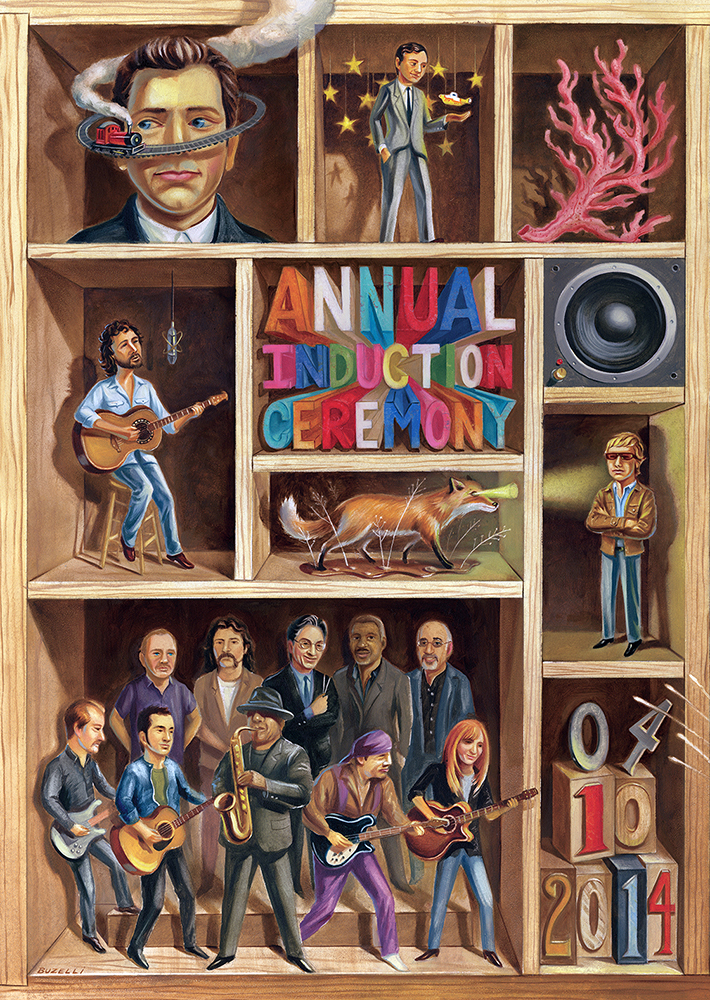 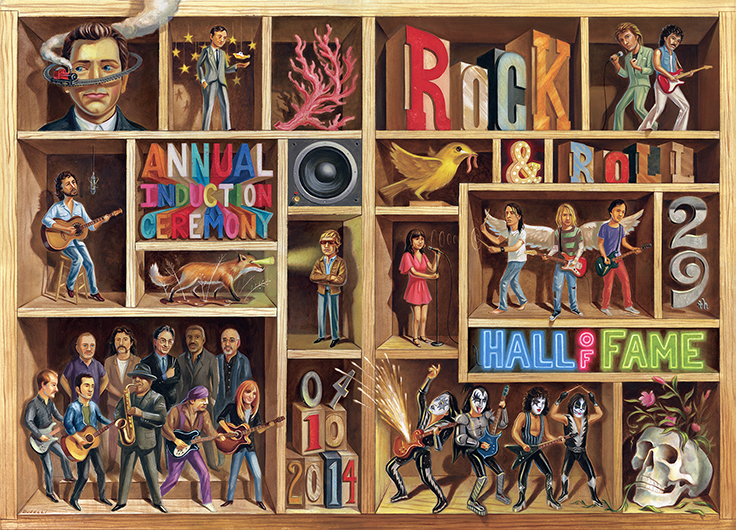 Concepts: 1.Beast made of portraits 2.Cabinet of Curiosities 3.Inside a music box 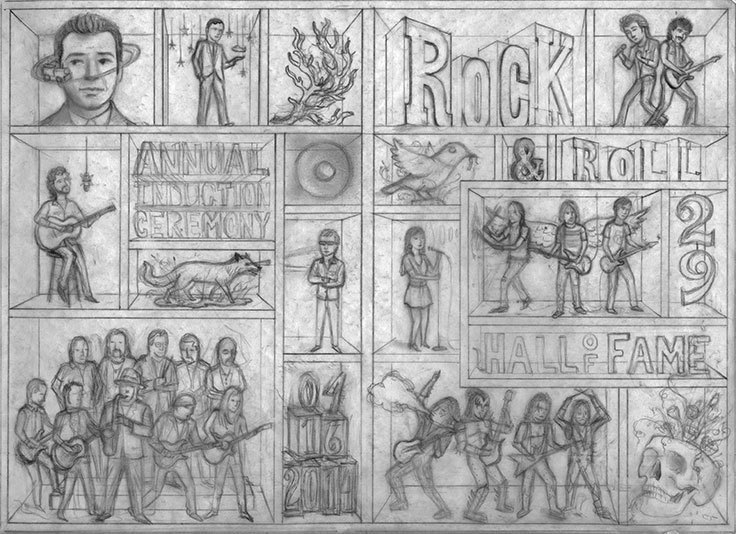 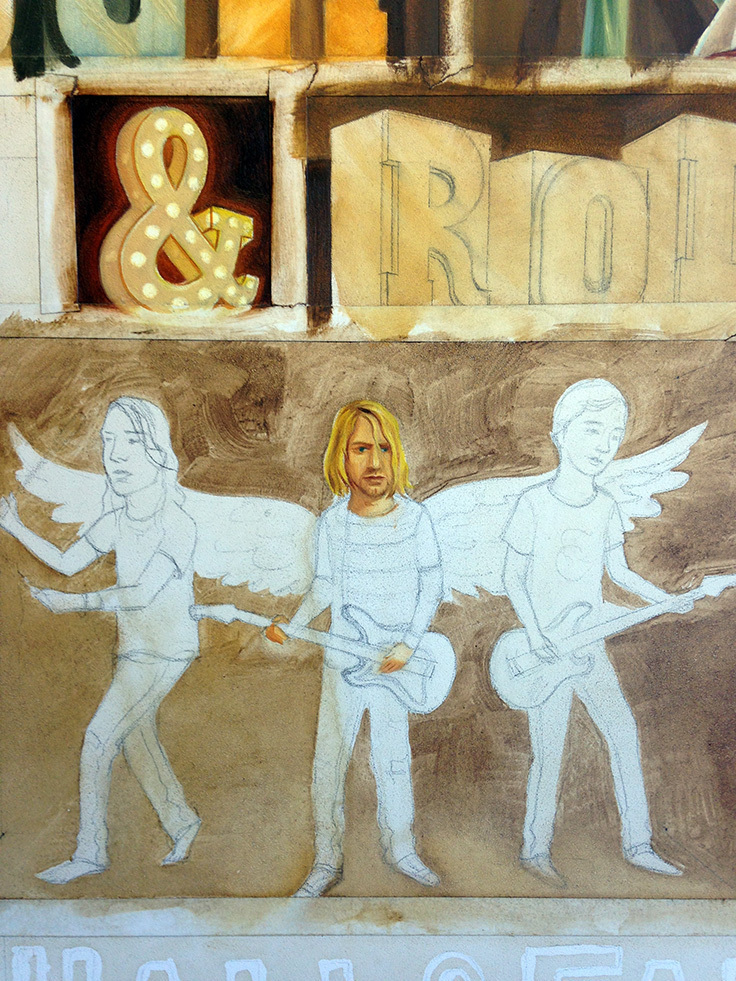 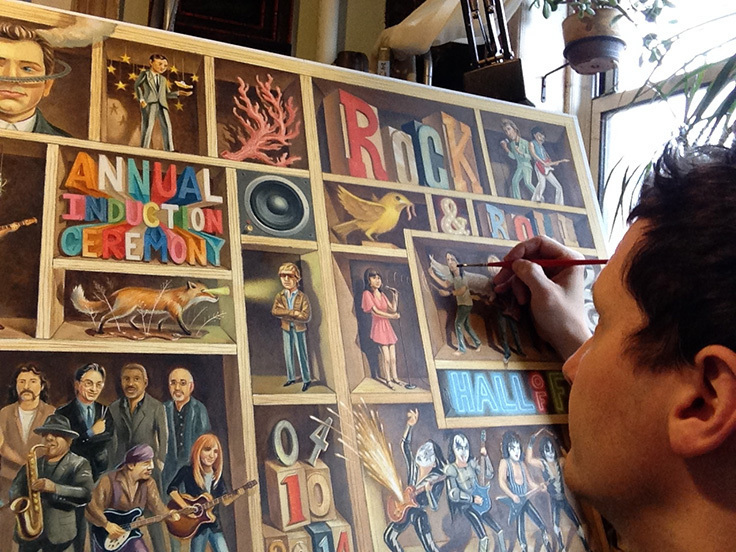 Putting on the final oil touches. David Grohl's portrait was extra stressful since I'd heard he was part of the approval process. 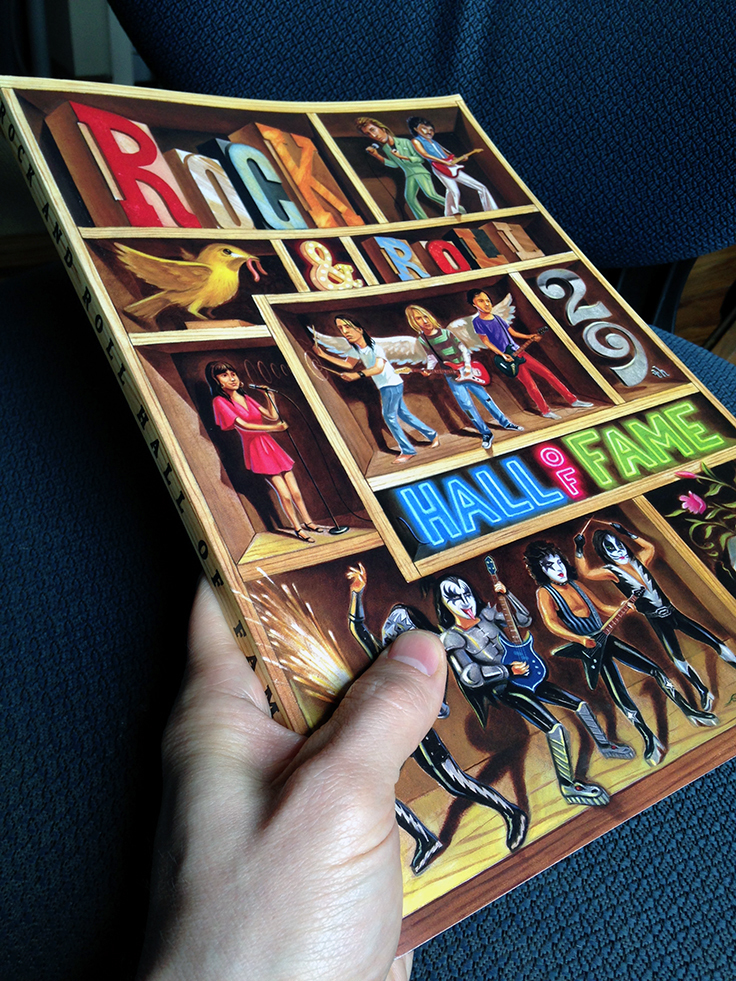 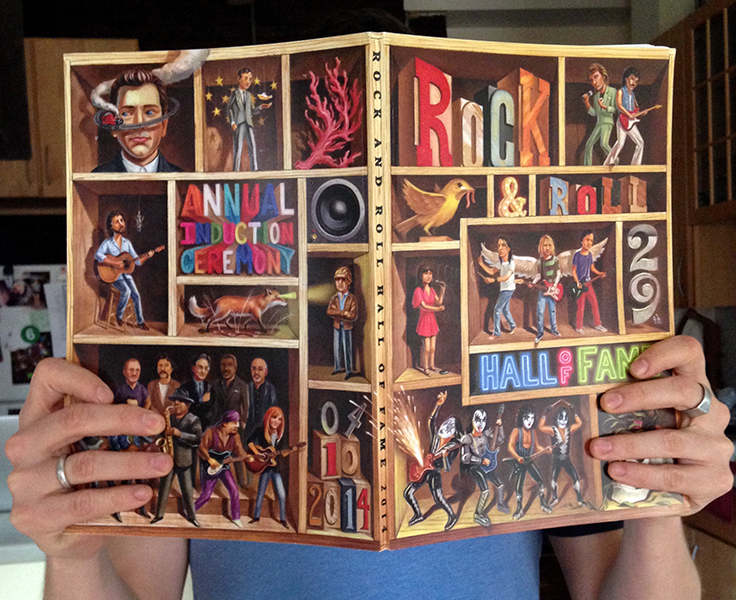 And to top it all off, I got 2 tickets to the Ceremony that was held last night at The Barclays Center. It was incredible and difficult to sum up! But here are some pics of the night. Nirvana was the highlight for me. They closed the night with 4 different female vocalists (Joan Jett, Kim Gordon, Lorde and St. Vincent) to cover for Kurt Cobain. My ears are still ringing! 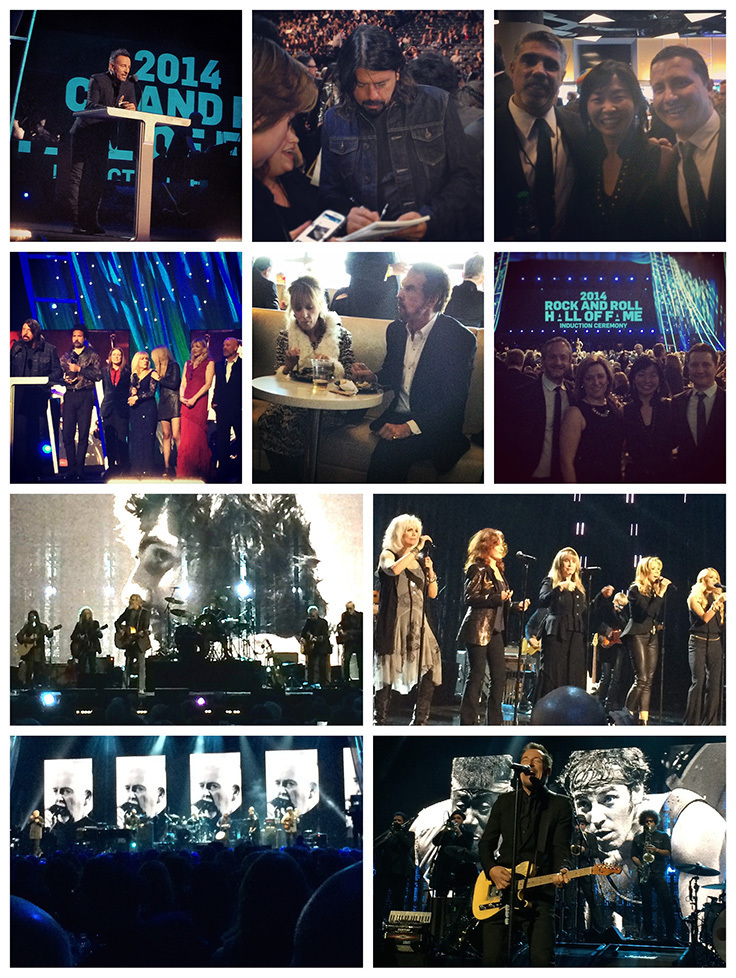