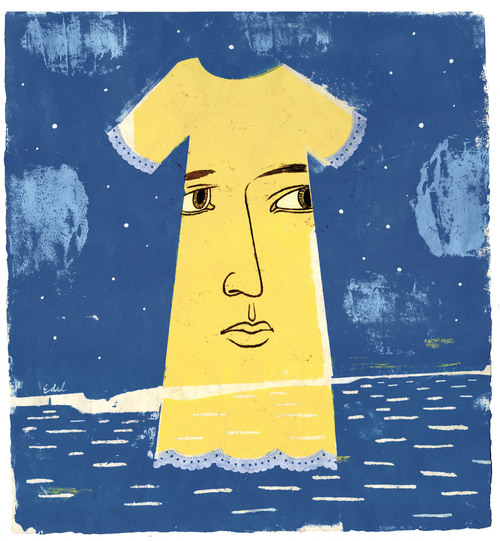 'Salt-Water Moon', 15" x 15", Acrylic, oil-based ink and collage on bark paper
I was commissioned by Soulpepper Theater in Toronto to create the posters for their entire 2008 season, eight plays in total.  Creating posters for a whole season of plays has been one of my dream jobs.  I've always enjoyed the work of Toulouse-Lautrec and others that did posters for plays and musicals.  I was also the set designer for plays back in college, and have a great appreciation for everything that goes into putting together a production.
The first play of the season is "Salt-Water Moon" by David French.  It runs from January 5-31.  The final art is above and some of the process and the final poster are below: 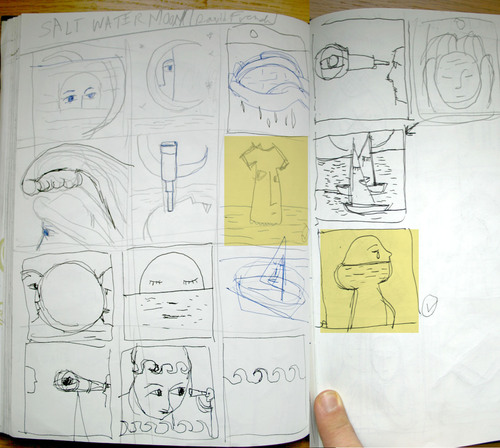 Working on 8 plays at once is very complicated.  I tried to organize it by working in one sketchbook on all of the work instead of random sheets of paper.  I usually start the process by reading the manuscript and the synopses.  Then I start sketching thoughts as they pop into my head.  There is not much attention paid to composition, I am just trying to find imagery at this time.  Some of those thumbnails are above.  The creative director for the entire project is Anthony Swaneveld, his website is sandwichcreative.com.  Anthony was great throughout the whole process as we tossed ideas back and forth.  He has a very good eye for looking at very rough thumbnails and being able to talk about them without having more finished sketches.  I trusted him so much that I just started sending these little rough thumbnail sheets just to get his thoughts.  We decided that for this poster, the two images highlighted above seemed to work. 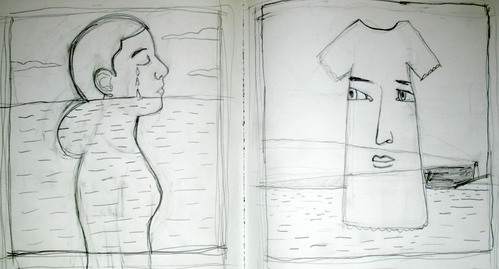 More sketches, based on the thumbnails.
Hey! So what's this play about?  Here's a short description from some of the material I have:
" A moonlit night in Coley's Point, Newfoundland in 1926.  Young Jacob Mercer returns from Toronto to woo his beloved Mary.  If this night goes the way he plans, Jacob Mercer will marry his Mary, and the resulting union will give birth to a playwright named David.  David French will write several beautiful plays about his family including 'Leaving Home' and this play, the most popular romantic comedy of the Canadian stage." 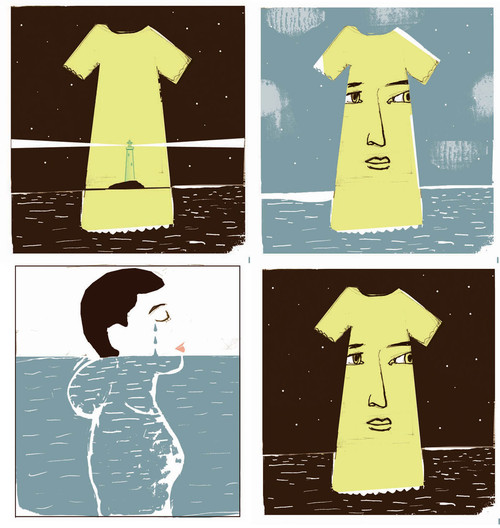 The next step in my process was to try several color options before working on the final.  I did these digitally so I could change colors quickly and compare them to one another.  I liked the dark blue background, gave it moodier look than the brown.  I also tried something with the lighthouse, but preferred the face.  The idea of portraiture, or faces, began to appear on the sketches for the other posters and I started carrying it through as a theme for the series.  I will post the rest of the posters when the plays open this year. 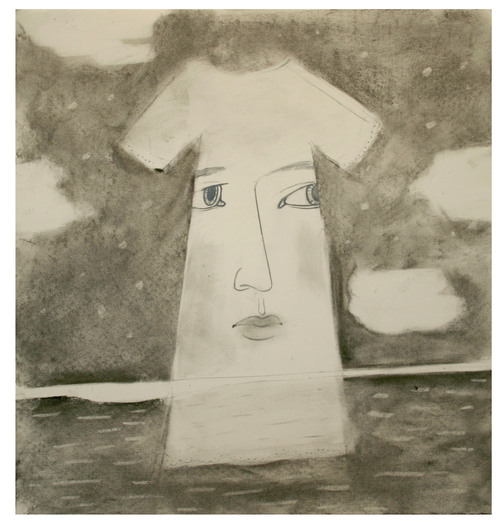 The next step for me was to do a more refined pencil and charcoal study before going to final art.  This just helps develop the sketch some more.  I ended up collaging the edges of a doily to create the lace trim of the dress. 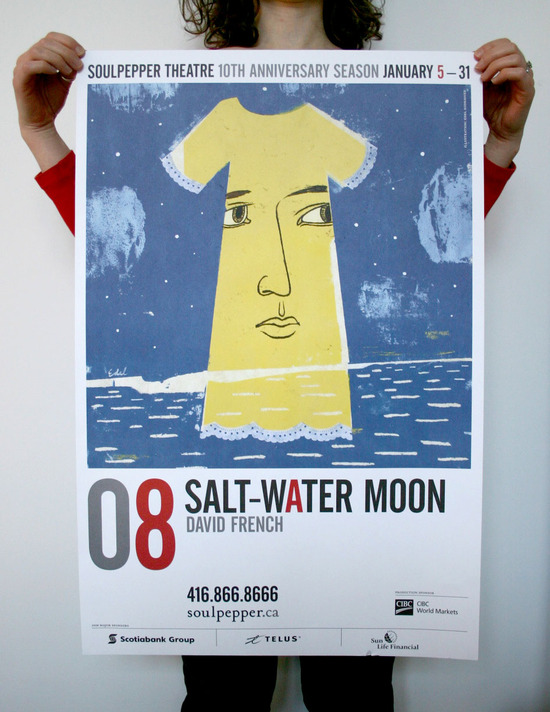 This is the final poster which should be up around Toronto now.  All the posters will be printed like this.  Some might be printed as large as five feet tall to go on bus shelters.

I've got 50 of these posters that I will put up on my illogator.com shop when I set that up.

If you'd like a poster now, send me a request by e-mail: edelrodriguez@aol.com