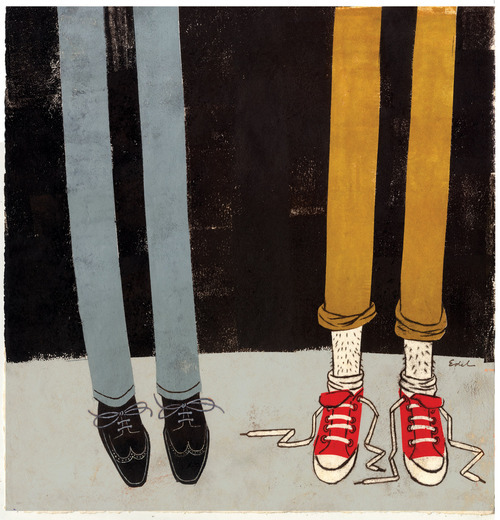 Acrylic and oil-based ink on bark paper, 15" x 15"
This is part of the series of posters for Soulpepper theater in Toronto.  'The Odd Couple', by Neil Simon, performances begin on February 11th.
Some sketches below show people or personalities, but in the end I felt that the characters of Felix and Oscar are so well known, that a better way to go was to stay away from depicting faces.  Focusing on their shoes seemed to tell the story in a different way. 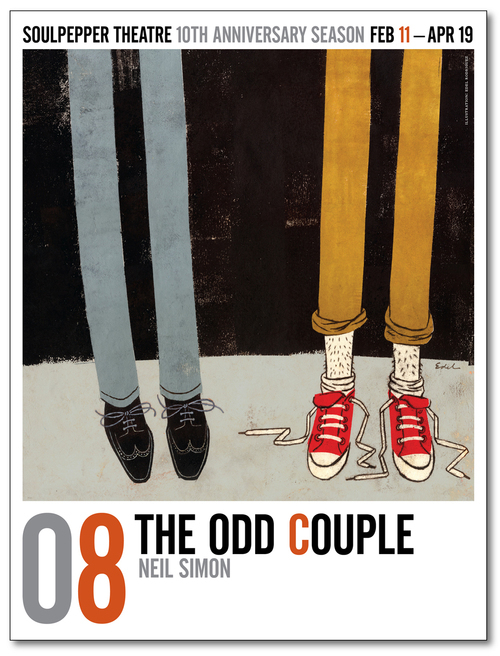 This is the final poster.  A description of the play:
"When fastidious Felix is kicked out of his house he lands at the apartment of his chaotic chum Oscar. The result is a legendary comedic masterpiece about the frustrations of friendship, the insecurities of middle-age, and the explosion of opposites.  As tender as it is hilarious, The Odd Couple is theatrical comedy at its most brilliant." 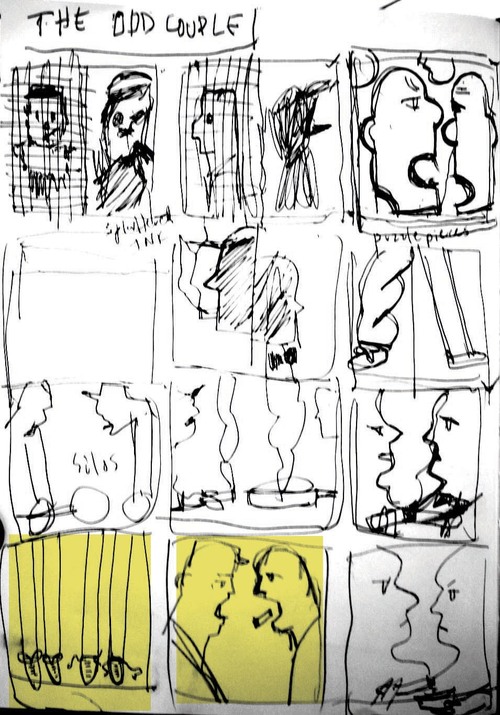 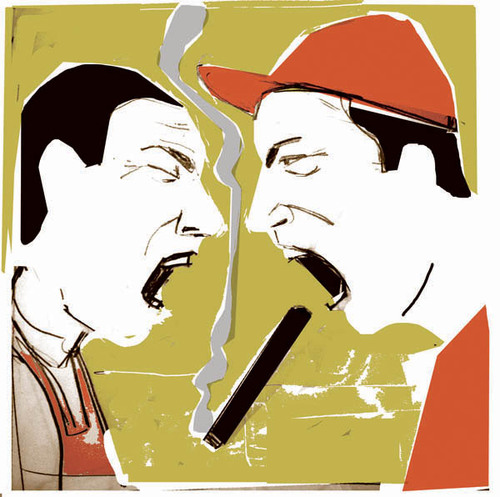 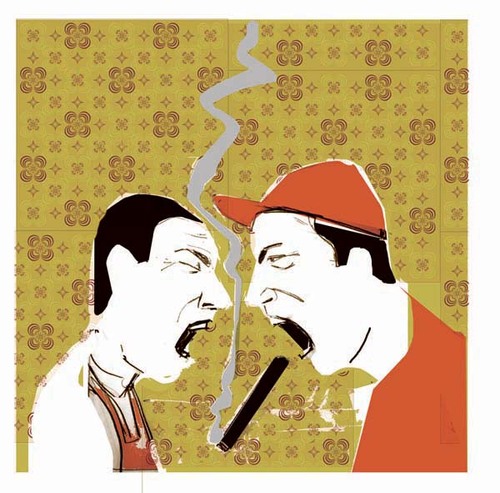 sketch: More of the room. 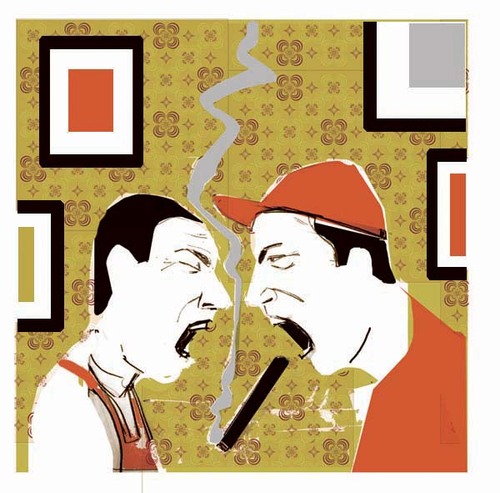 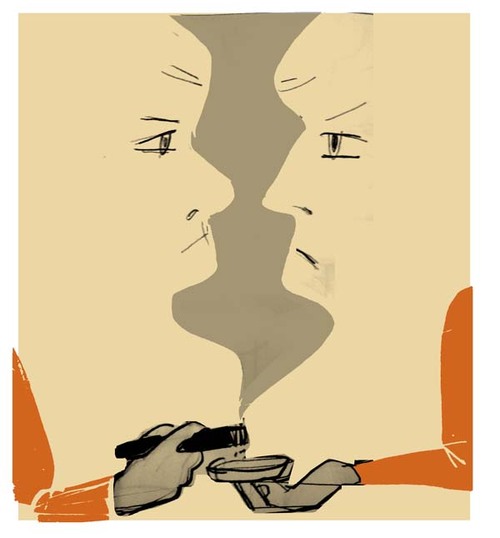 Sketch: Profiles out of the negative space. 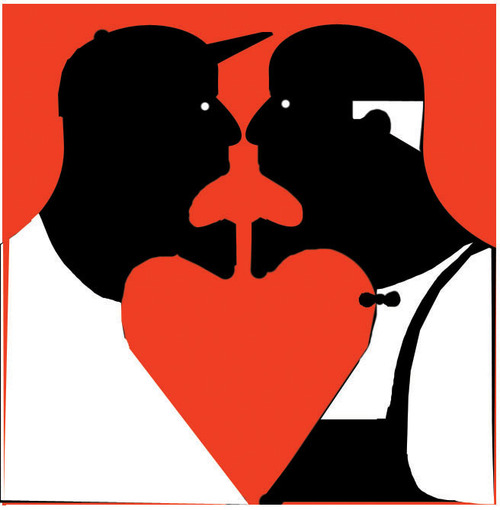 Sketch: Heart in the negative space? 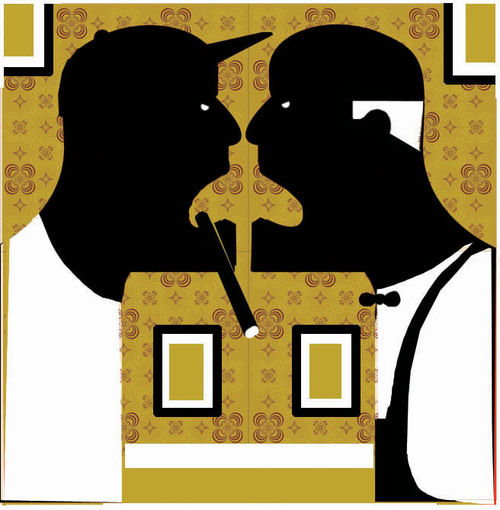 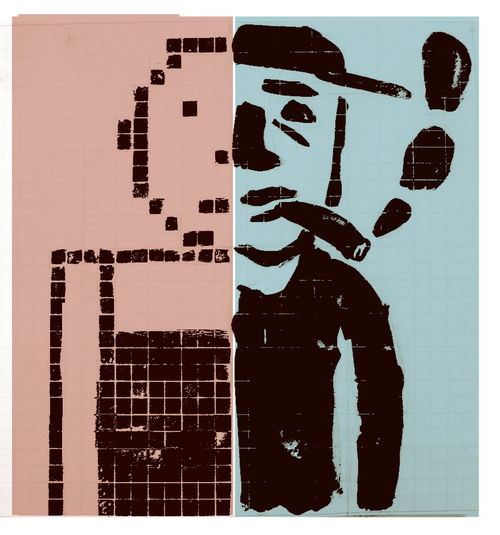 Sketch: I kind of liked this one, done over graph paper 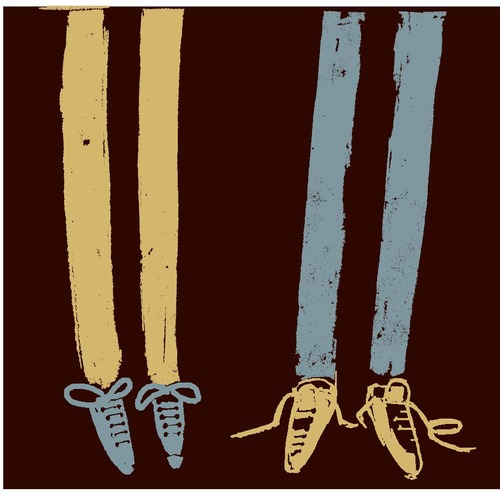