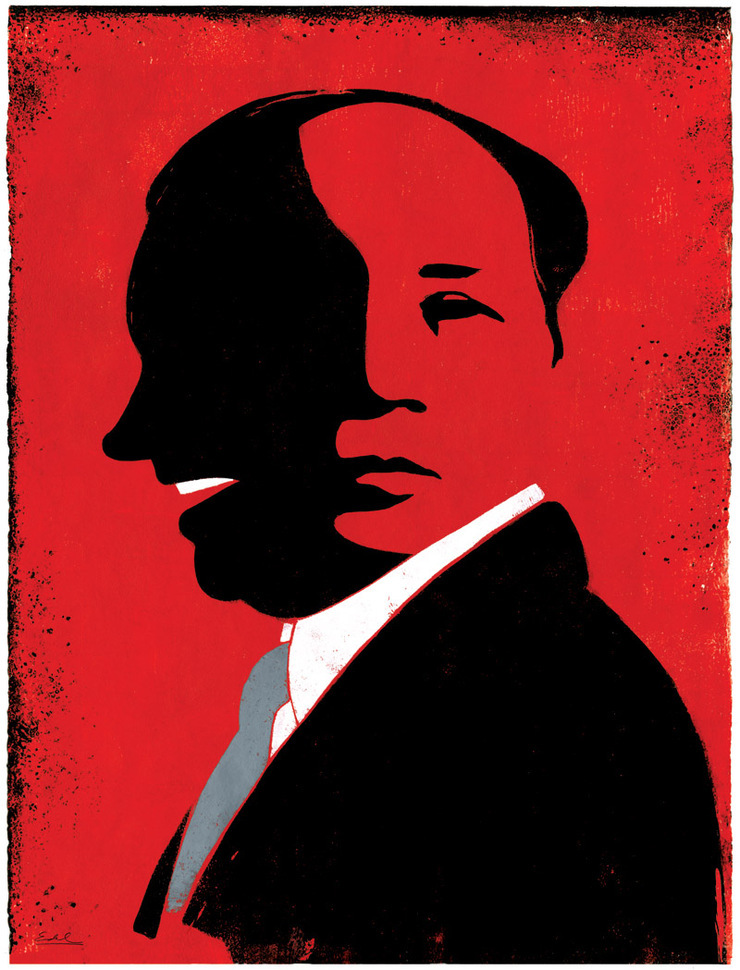 'Nixon in China', acrylic and ink on paper
This poster for the opera Nixon in China is part of the series of images I've worked on The Vancouver Opera's 2009 Season.   Some of the color sketches are below, along with video that I watched while working on the project.   Here is some background info on the opera from wikipedia:

Nixon in China (1987) is an opera with music by the American composer John Adams and a libretto by Alice Goodman, about the visit of United States President Richard M. Nixon to China in 1972, where he met with China's Chairman Mao Zedong and other Chinese officials.   The work premiered at the Houston Grand Opera, October 22, 1987 in a production by Peter Sellars with choreography by Mark Morris.
The opera focuses on the personalities and personal histories of the six key players, Nixon and his wife Pat, Jiang Qing and Chairman Mao, and the two close advisors to the two parties, Henry Kissinger and Zhou Enlai. It is composed of three acts. The first details the anticipation and arrival of the Nixon cortege and the first meeting and evening in China. The second act shifts focus to Pat Nixon, as she makes tours of rural China, including an encounter at a pig farm. The second scene includes a performance of a Communist propaganda play, in which first Pat Nixon, then her husband and then Jiang Qing, intercede in the performance. The last act chronicles the last night in China, in which the characters dance a foxtrot, their thoughts wandering to their own pasts.  Musically, the opera perhaps owes more influence to minimalism than any Asian styles. The libretto, by contrast, was written completely in rhymed, metered couplets, reminiscent of poetic and theatrical styles native to China. 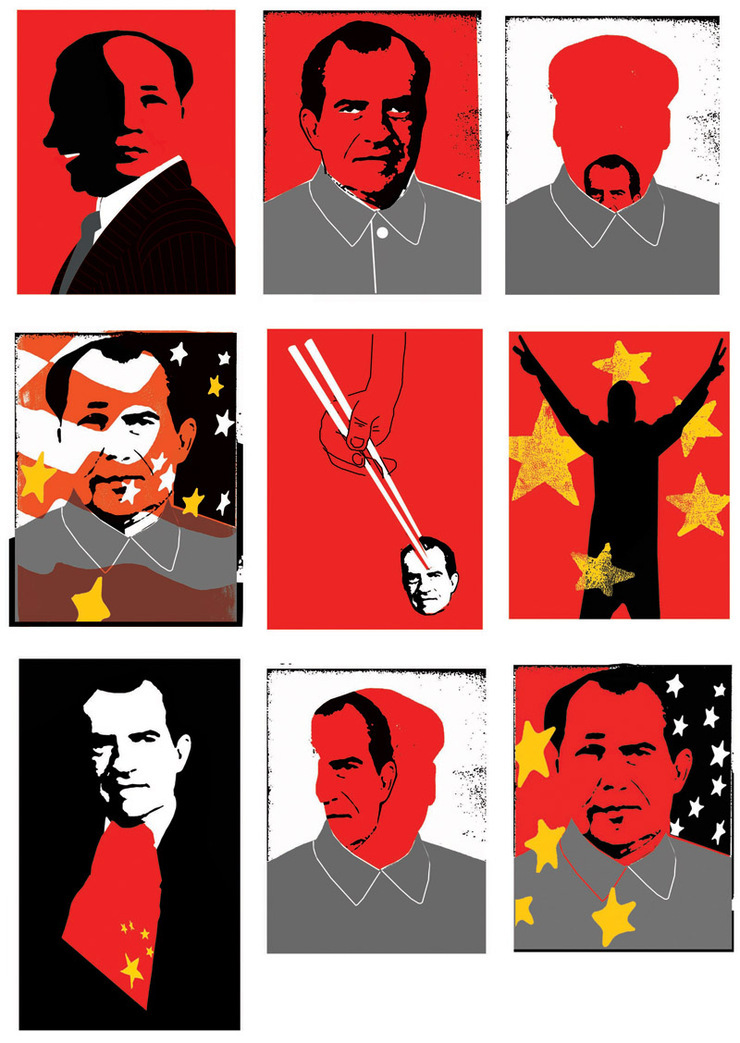