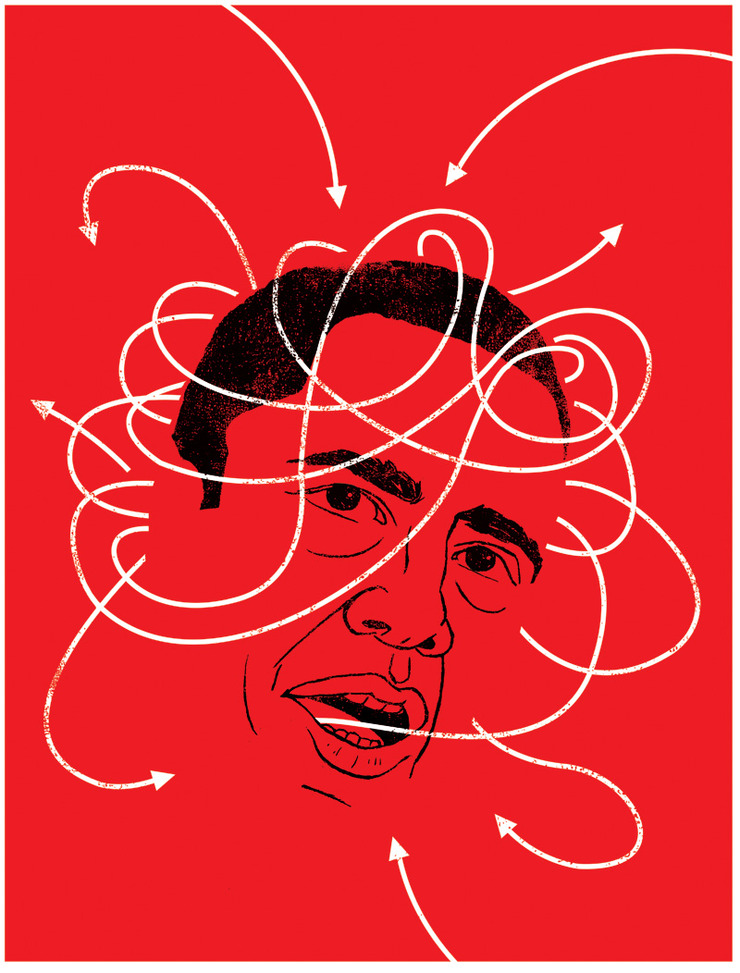 This is the cover for today's New York Times Week in Review, full article here.  The story is linked to the President's State of the Union speech this week.  The main thrust of the story is whether Obama's complex political narrative will work in a media environment that demands simple themes and slogans.  Here's an excerpt:


"On this much, President Obama’s friends and foes could agree: He eludes simple labels.
Yes, he’s a liberal, except when he’s not. He’s antiwar, except for the one he’s escalating. He’s for bailouts, but wants to rein in the banks. He’s concentrating ever-more power in the West Wing, except when he’s being overly deferential to Congress. He’s cool, except when he’s fighting-hot.
In a world that presents so many fast-moving and intractable problems, nuance, flexibility, pragmatism — even a full range of human emotions — are no doubt good things. But as Mr. Obama wrapped up his State of the Union address on Wednesday night with an appeal to transcend partisan gamesmanship, he was plaintively testing a broader proposition: Is it possible to embrace complexity in a political and media culture that demands simple themes and promotes conflict?
The president, whose hallmark has been ideological eclecticism, would clearly like to think the answer is yes. But a year into his presidency, Mr. Obama has lost control of his political narrative, his ability to define the story of his presidency on his own terms. And the main reason is that his story is no longer so simple or easy to tell."