A brick of Milk 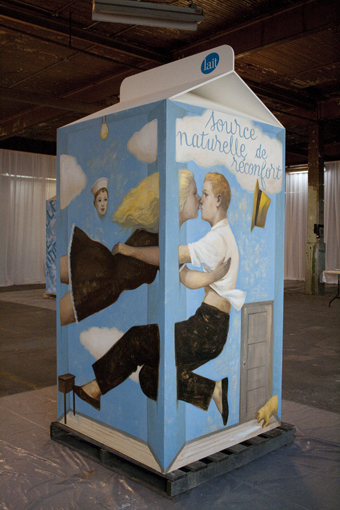 This past summer I get  a call from BBDO Montreal to work along with five other visual artists on particular project for Le Lait (Milk), among them were Isabelle Arsenault and Pascal Blanchet.
We were asked to sketch what was our take on comforting, having in mind we would have to paint it later on a huge 3D milk brick.

Since the project was to have a true 3D aspect, the pack were to be exhibited in the 6 different subway stations, I thought rather than to paint pannel after pannel with a linear lecture, it could be different to add another dimension, a fake one, but thatt would give a kind of simplistic trompe l'oeil that would give the viewer a stranger and funnier perspective. 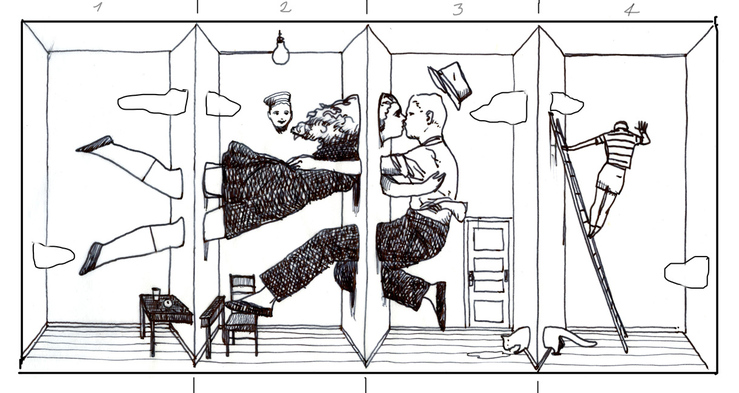 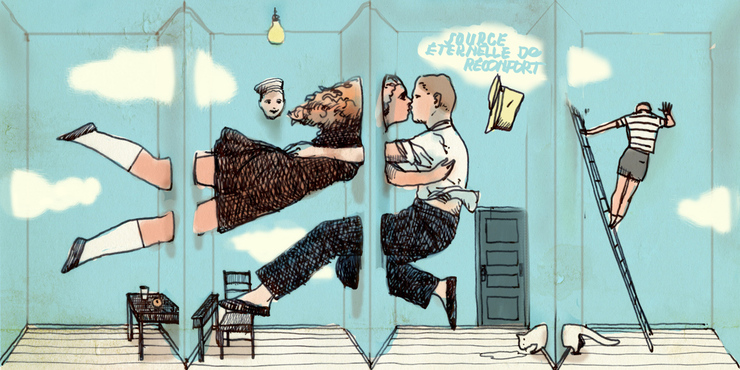 Sketch #2 with type
After the sketch was approved, we all get to work in august, for a litlle less than a week in a huge loft near Jacques Cartier Bridge and the Molson Brewry, downtown Montreal.
The packs were installed, with our names above, coffee maker, fridge, breakfast,... and heavy metal covers all day, since we were above rehearsal studios. One thing for sure, not everybody can sing like Rob Halford!!!
The 4 days of painting were really great and so was the ambiance.
I wasn't sure how I could handle the whole thing with the painting, but after the first afternoon, I had already outlined with acrylic all the elements, and applied the blue background on the 4 sides. Nothing was guaranteed, but at least I knew I could finish it on time.
We were filmed for the website , where you can see a 3 minutes movie of the making of, per artist, in french only, pictures of the process, etc...

It had been such a long time I hadn't painted on something bigger than my regular 12 inches illustrations.
It was so great  to concentrate only on the painting and nothing else, no e-mails, no phone, nothing... I wish I could do that more often.
If only it had been Arcade Fire in the studios. 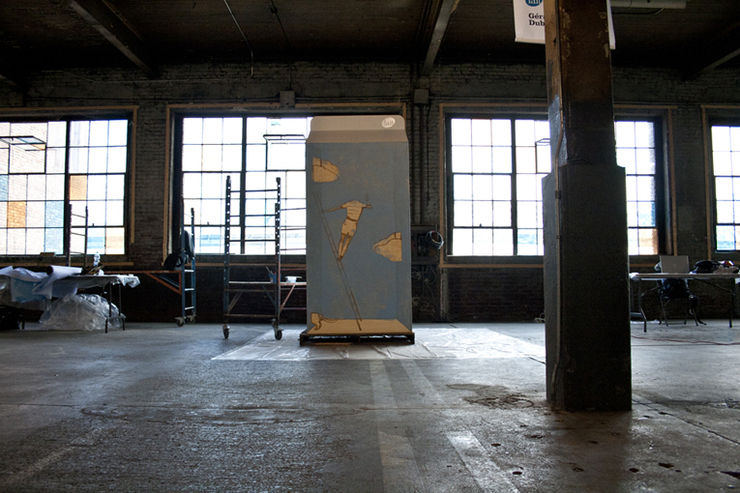 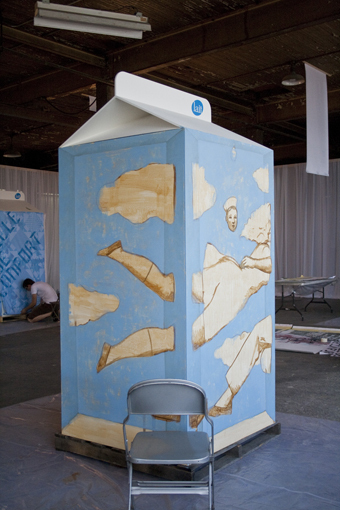 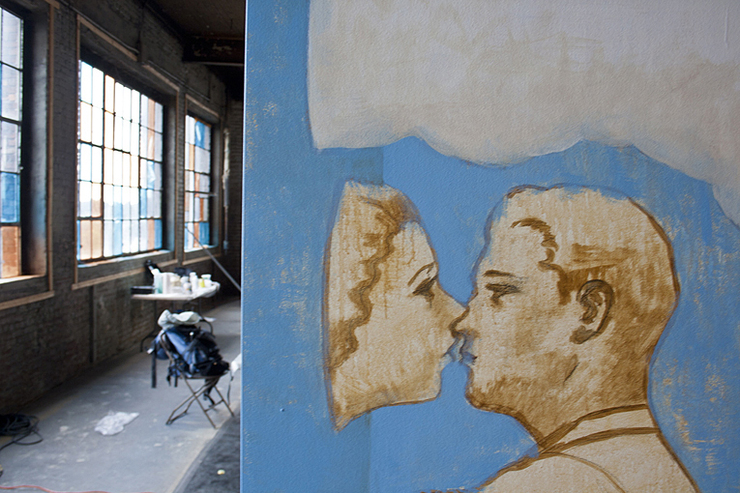 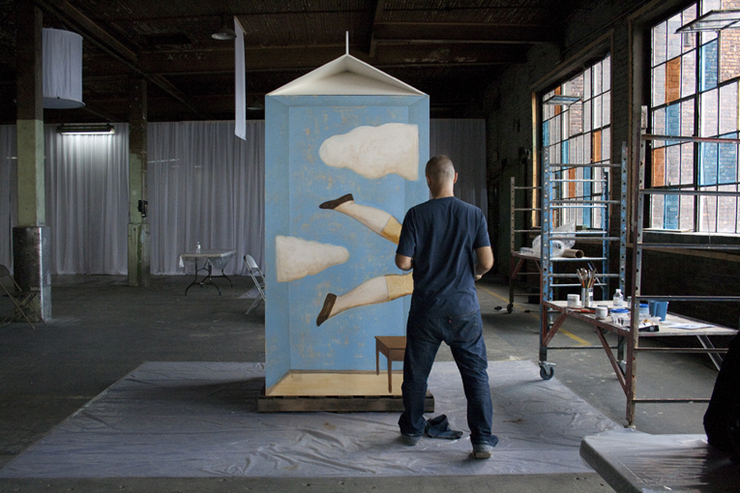 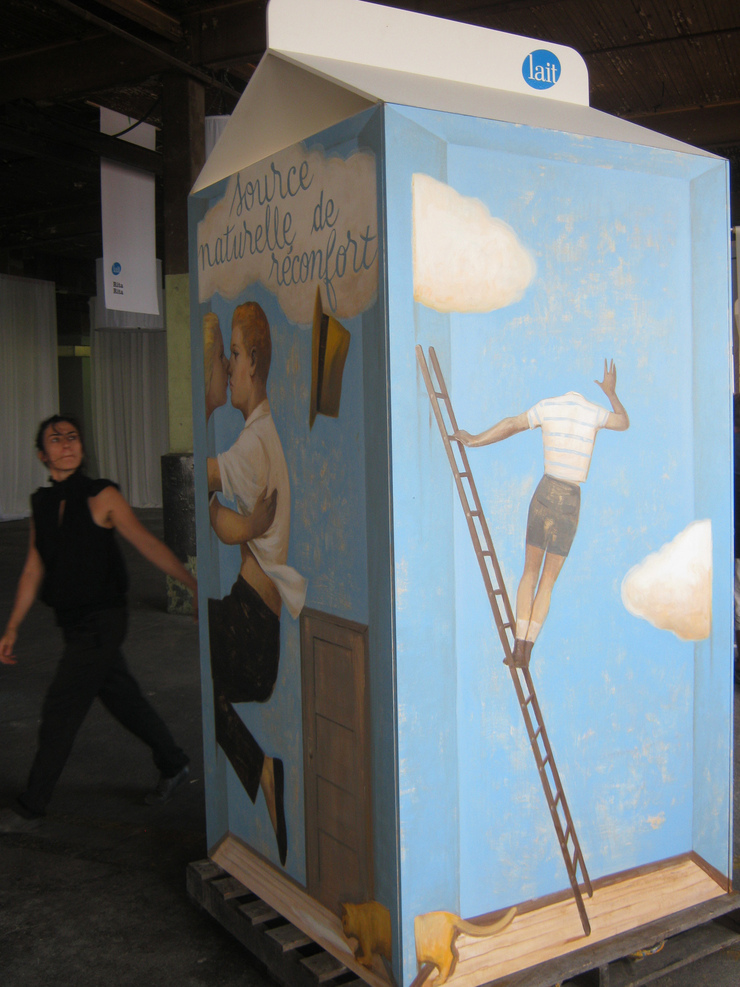 MÃÂ©lanie, the art director, and illustrator too. 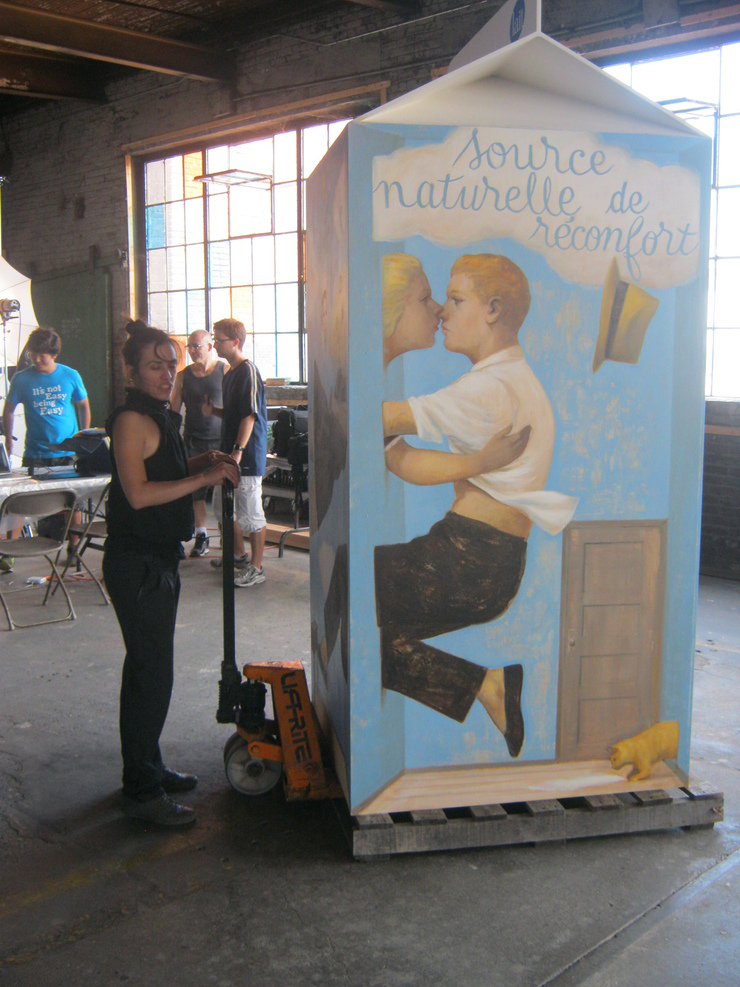 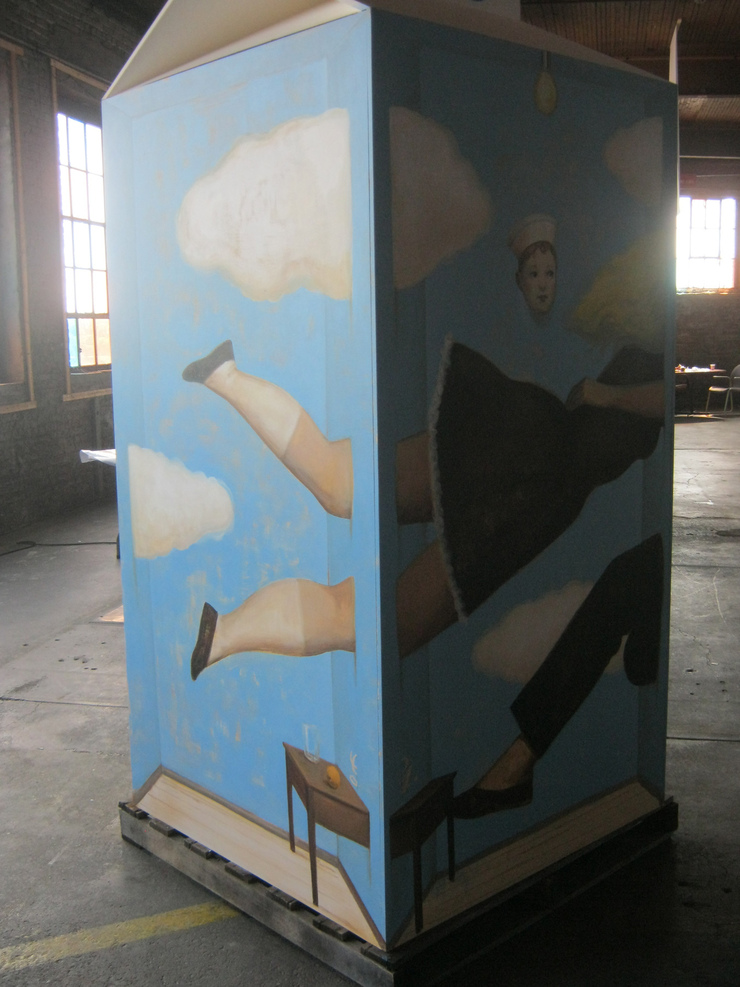 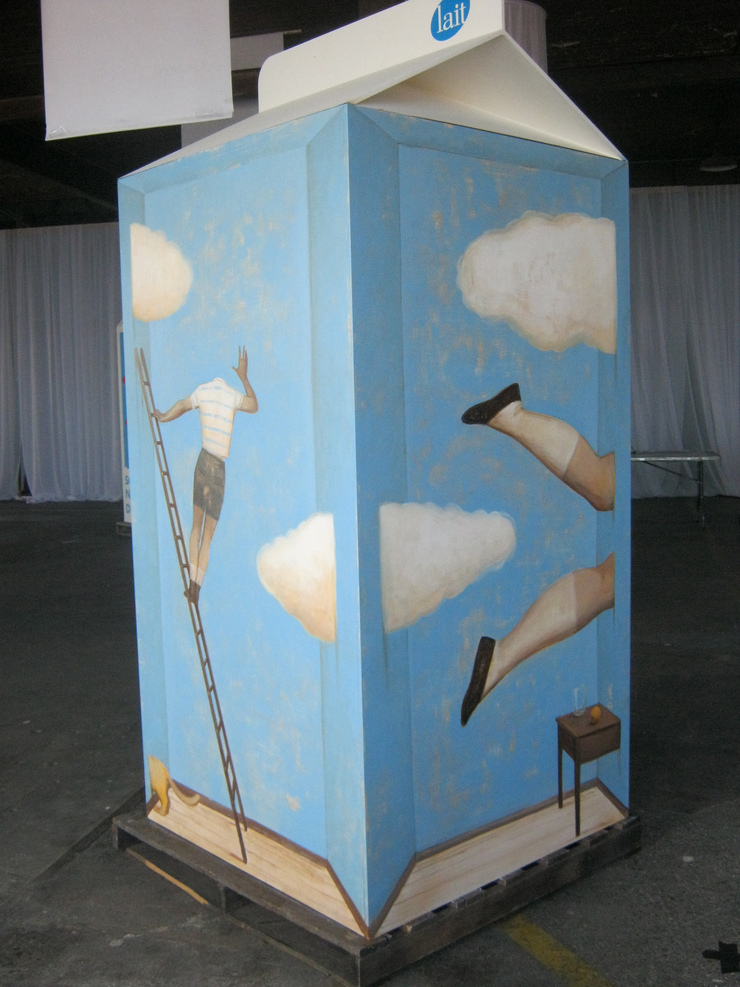 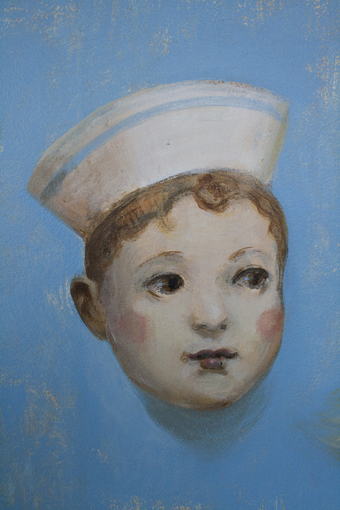