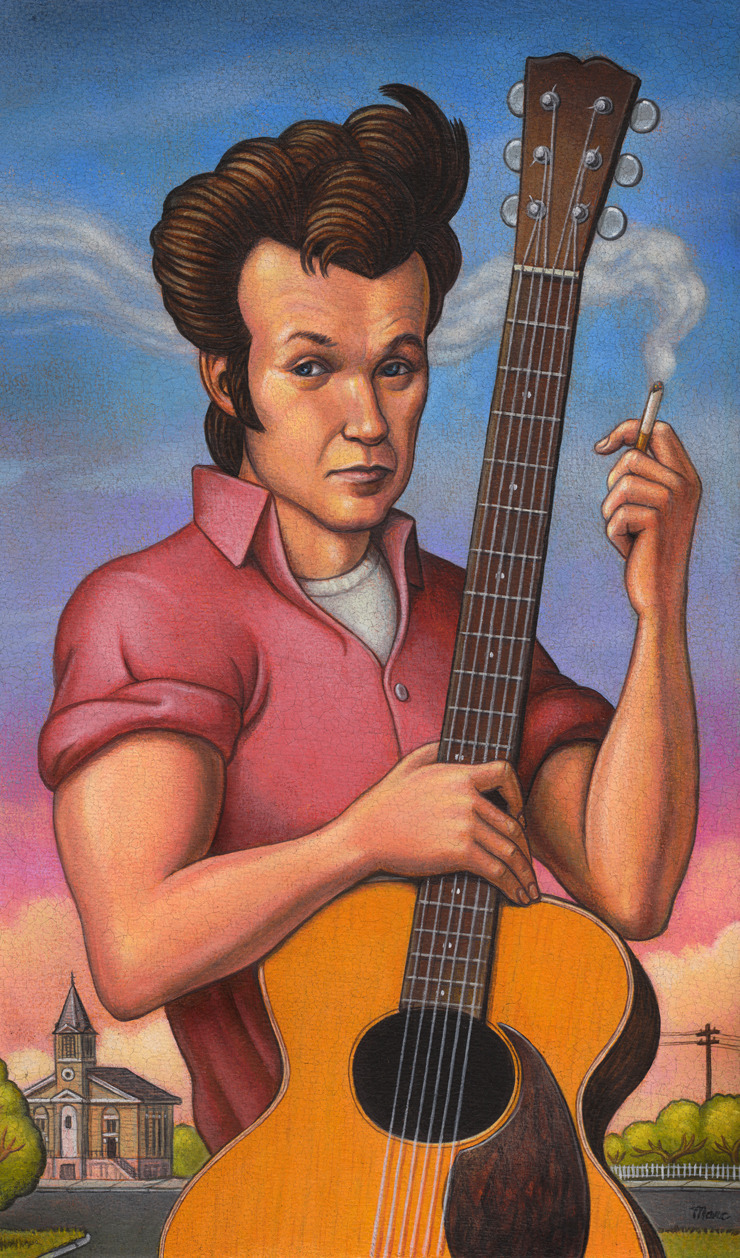 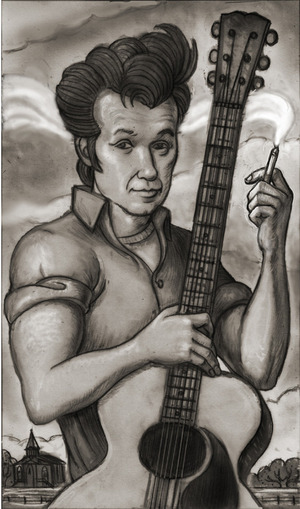 I recently got a call from Steve Charny at Rolling Stone to do a portrait of John Mellencamp for the Record Review. His new album, titled No Better Than This, digs in deep to his roots in Southern music and traditional American songwriting, and was recorded in three locations: Sun Studio in Memphis; the First African Baptist Church in Savannah; and room 414 in the Gunter Hotel in San Antonio, where Robert Johnson recorded some of his greatest works. The perfect project for me!

I wanted to capture the working class tough guy presence Mellencamp evokes—as well as that wild hairstyle!—while contrasting it with the Southern spirituality in this album. I did a quick sketch for Steve incorporating the First African Baptist Church in the background, which I felt best conveyed both the unique locations for the recordings and the bad guy/good guy vibe Mellencamp strikes. Working in the strong vertical format was fun, too—it lent itself nicely to the elements in the composition. 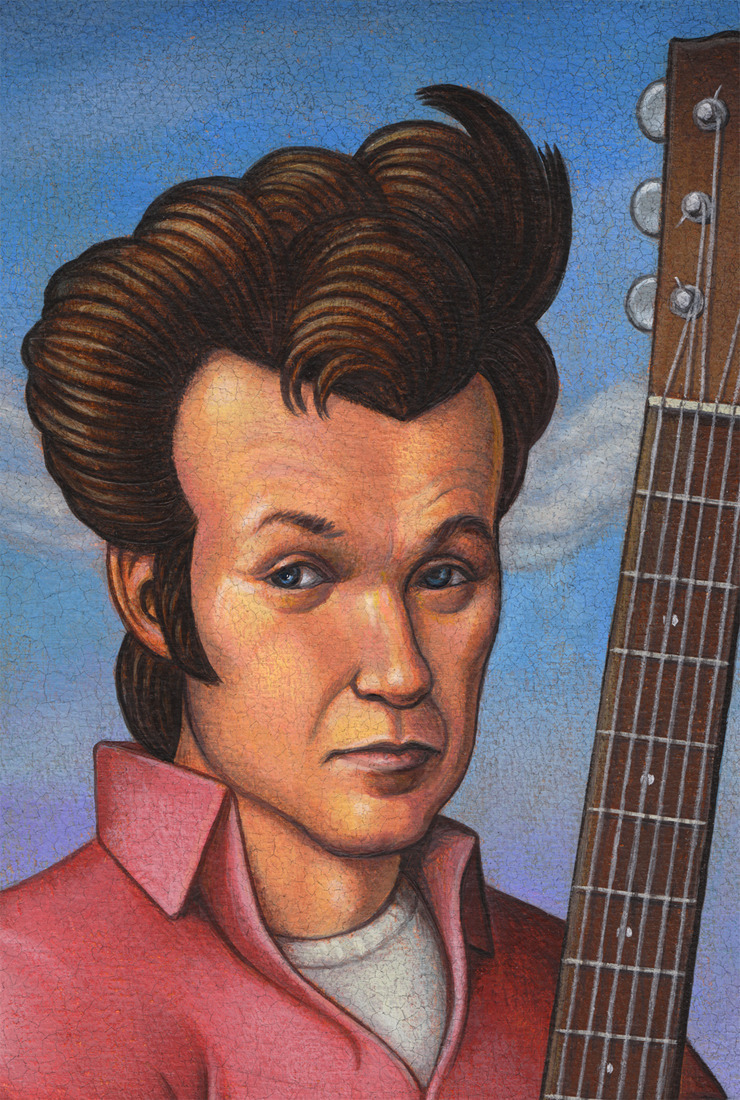