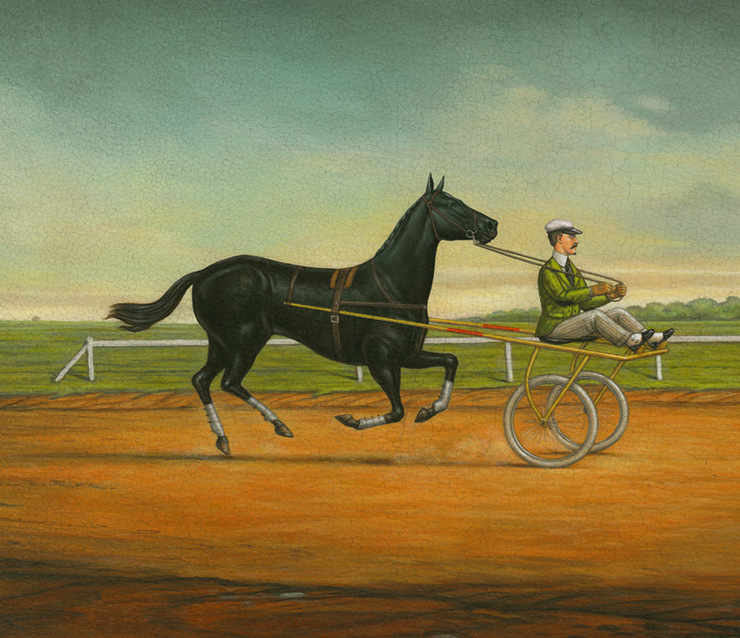 Acrylic & oil on panel | full image 21.5" x 11.75"
Just before Christmas, I was contacted by Fred & Farid's office in Shanghai regarding a commission for Porsche. The theme was "Horse Power", and the goal of the campaign was to emphasize the superior rear engine design of Porsche's 911 Series.

I've been lucky enough to get behind the wheel of a 911 before and test the limits that design provides, so this was an idea I could really appreciate. That I had less than a week to complete two pieces for the campaign, which would be reproduced in print ads, outdoor billboards, building wraps, and web animations, lent an adrenaline rush to the project that rivaled the feeling of opening up a 911 on the Autobahn. 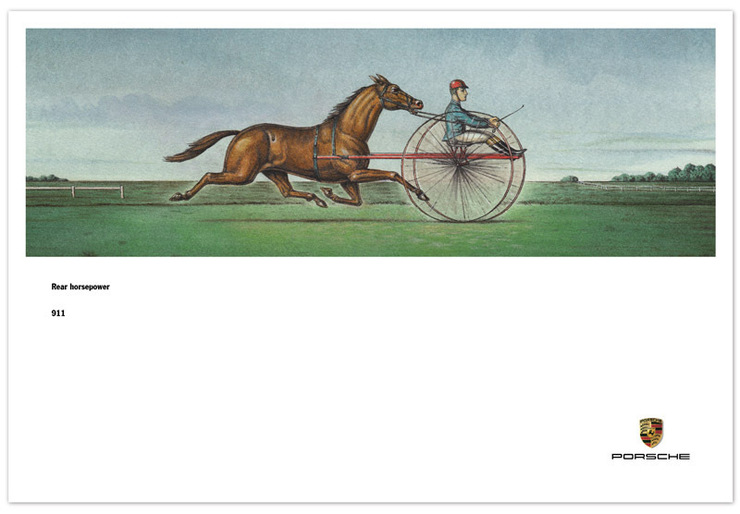 Thankfully, AD Laurent Leccia made the task easy: sketches were quickly approved and with art due Christmas Eve, I was off to the races.

I just got word this week that the campaign was accepted into the Communication Arts 56th Annual. Many thanks to the jurors and to everyone at Fred & Farid who worked so hard to get this project pulled together in the tight timeframe we had. A picture perfect finish. 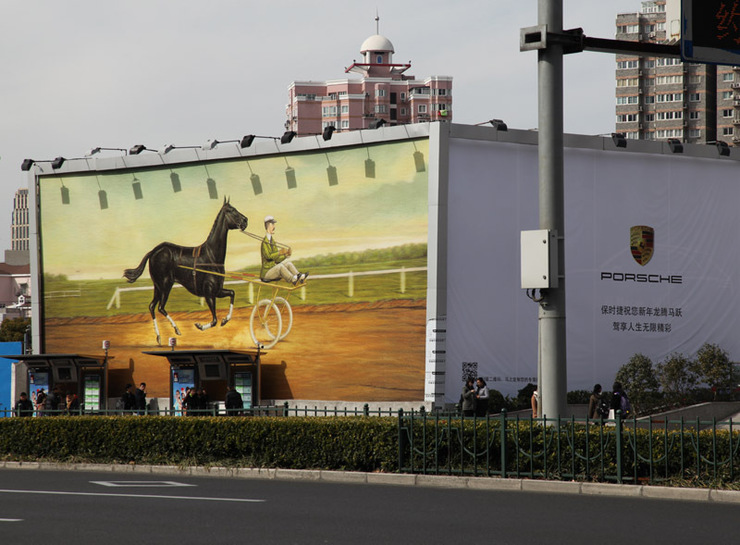 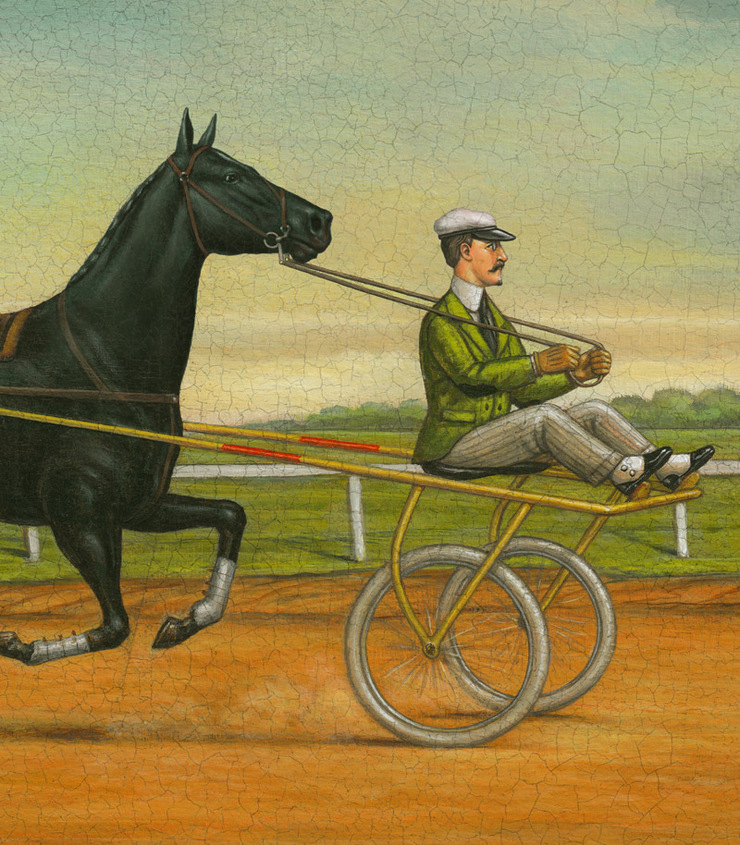 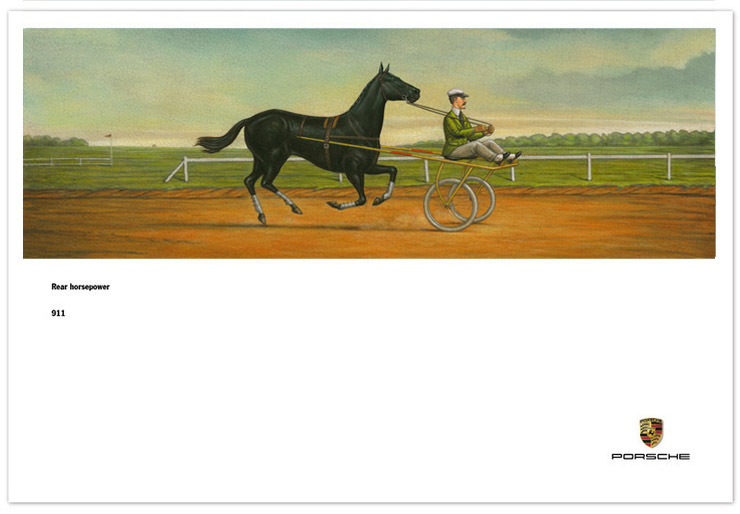