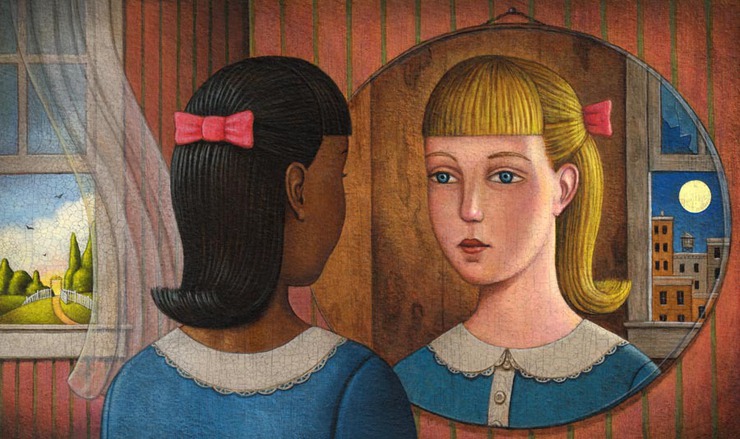 Boy, Snow, Bird | acrylic & oil on paper | 13.5" x 8"
I was recently contacted by Rex Bonomelli at the New York Times Book Review to create cover art to accompany an article on 29-year old British-born novelist Helen Oyeyemi's latest, "Boy, Snow, Bird", which uses the fairy tale "Snow White" as a departure point for an exploration of post-race ideology; it runs as today's cover.
From the Review:

"Set in the 1950s, the story opens in the Lower East Side of New York City with a young white woman named Boy Novak running away from her violent “rat catcher” father. She soon meets a widower, a former history professor and now-craftsman named Arturo Whitman, from Flax Hill, Mass. She marries Whitman and becomes consumed by his daughter Snow. All seems well until they have their own daughter, Bird, who is born visibly “colored.” Whitman’s family are light skinned African Americans who have been passing as white, and the revelation becomes a turning point. The Snow White tropes take over, with the Wicked Stepmother and the mirror motifs, and the fairy tale rewrites itself in startling ways."

The mother, Boy, sends Snow away to live with Arturo's dark-skinned sister Clara, who was herself sent away many years before by her own mother. Snow and Bird grow up apart, experiencing very different realities. It was this "parallel universe" the sisters existed in that interested me most, and the visual device of the mirror—so bound to the story of Snow White—that seemed the best vehicle to convey that idea.
Many thanks to Rex for thinking of me—a picture perfect fit. 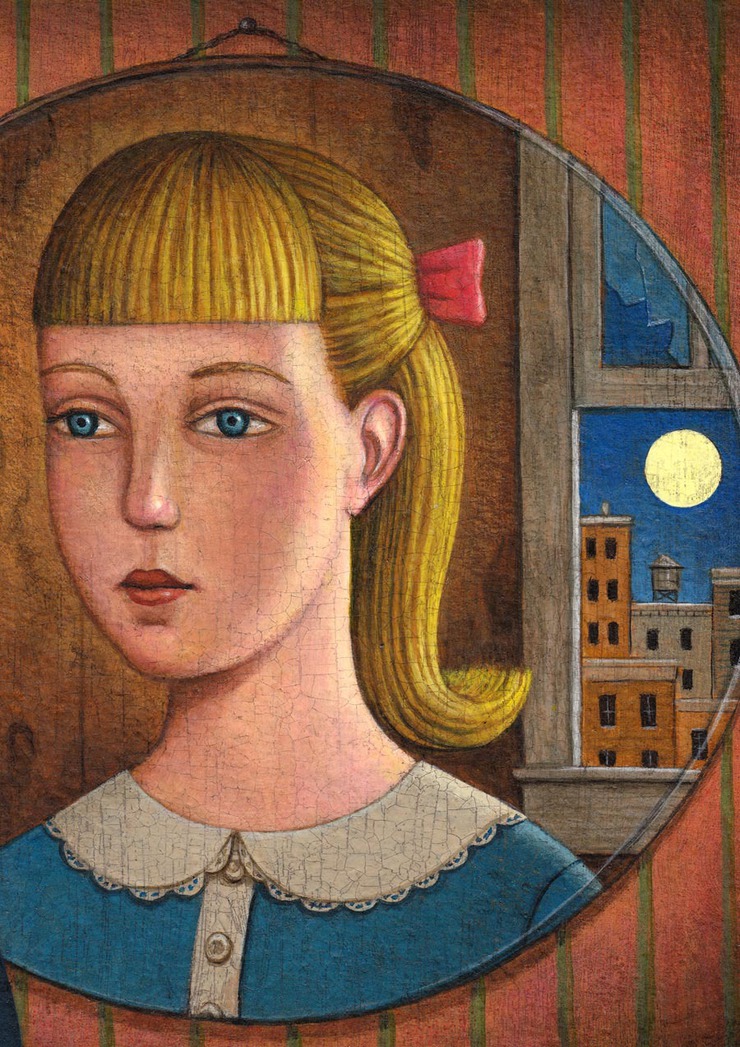 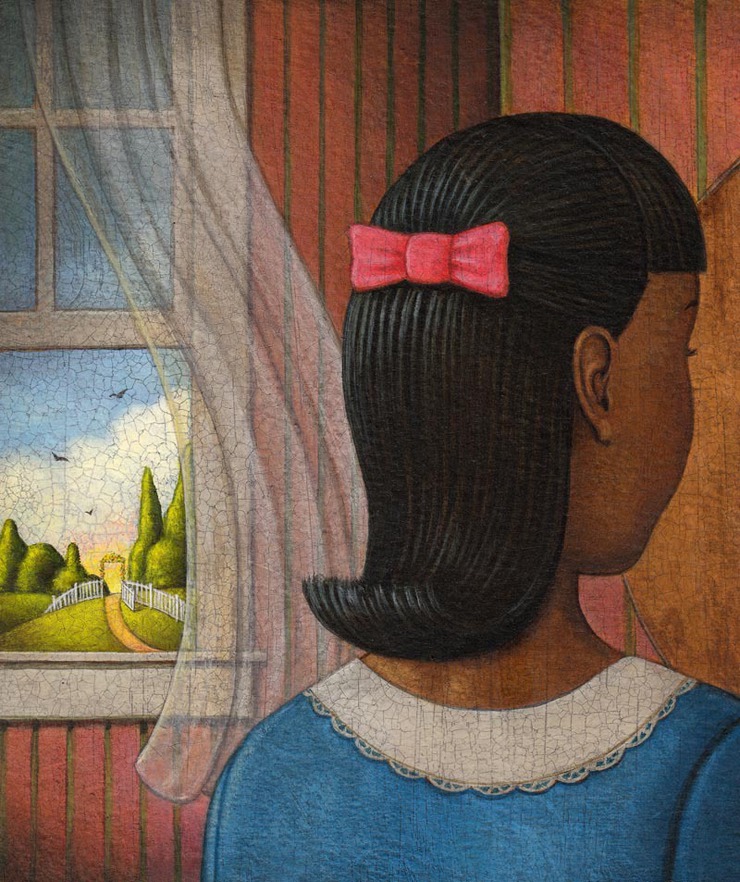 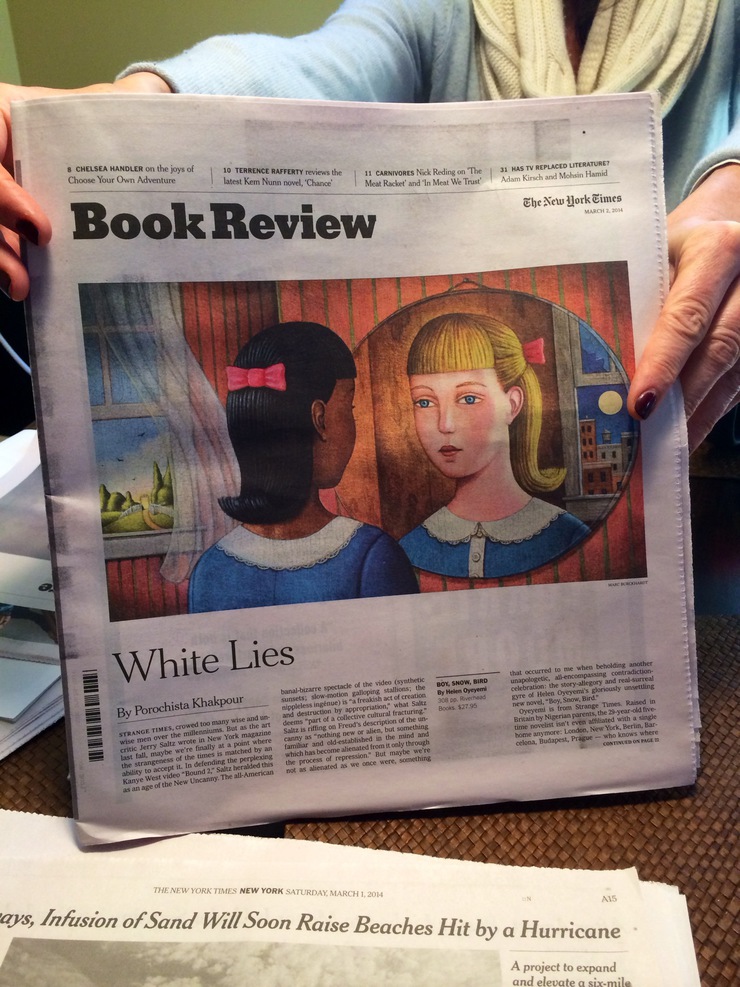