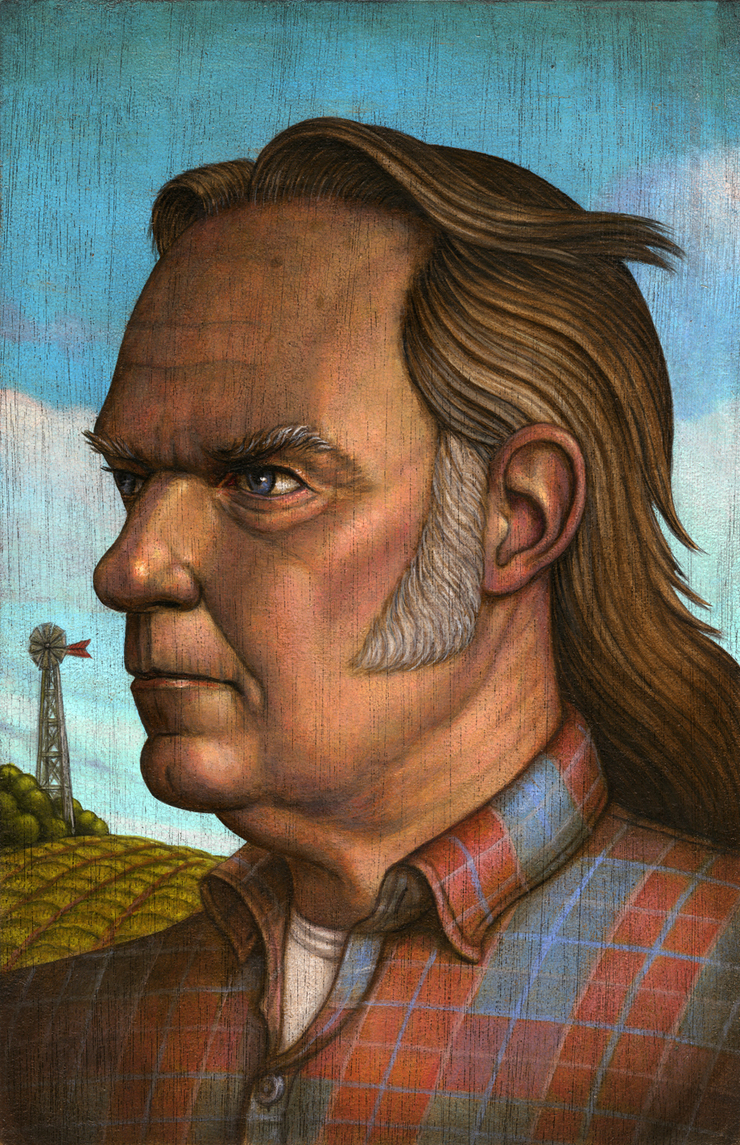 There are certain artists who remain true to their vision throughout a career, who explore and grow without calculation, and in the process keep their voice and maintain their ideals. For me, Neil Young is one of those artists: people either love or hate the sound, but very few are indifferent to it, and everyone knows at least a few of the iconic songs he's written and performed. Helpless, Old Man, Needle and the Damage Done, Ohio, the Campaigner, Like a Hurricane—the list is seemingly endless, and embodies a generation's anger and hopes.

So when Matt Cooley at Rolling Stone contacted me to create a portrait of Young for their review of his latest album, "The Monsanto Years", I was thrilled. I've seen him play many times over the years (and learned a fair amount of what I know about the guitar from playing along with his songs), so a portrait felt like a way of honoring someone who left some marks on my own life as well. I was also a little intimidated, as there are some wonderful portraits of Young already, including one by Tim O'Brien for Rolling Stone just a few years ago. 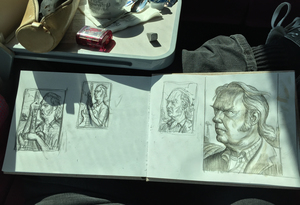 I happened to have been traveling to meet up with some old friends when Matt contacted me, so I took advantage of a long train ride to do some sketches. Riding through rolling farmland and listening to Young's music on my headphones, it dawned on me how uniquely American his music is and how tied to the land, in the tradition of Woody Guthrie and Johnny Cash. I decided to keep this portrait simple and straightforward, and to echo those bonds.

The last few weeks have shown how much America has changed, and how many things still need changing. I grew up in the South, and though Young was Canadian by birth, his music seemed to connect with a lot of folks down there that hoped for changes, too, and who found expression through his music. Among the many songs that ran through my head this week, this one from Young seemed loudest. Let's hope it really has come at last.