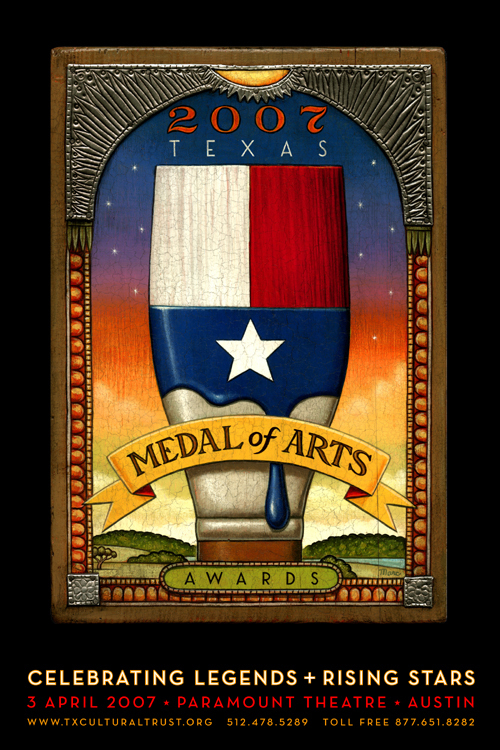 "The stars at night, are big and bright, Deep in the (he)art of Texas." Monday and Tuesday were busy days here in Austin, with the 2007 Texas Medal of Arts ceremonies taking place. I was asked to create the art for this year's event, which was used on everything from posters and three-dimensional installations to tickets and gift bags. I attended most of the events over the last two days, and had a blast! 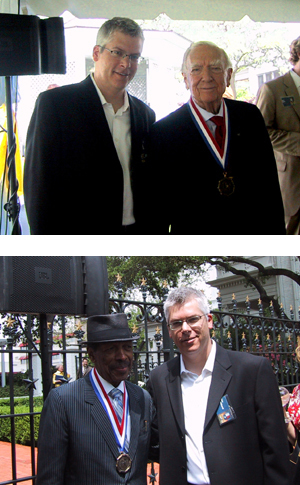 Grabbing my moment with Mr. Cronkite and Mr. Coleman
This year's honorees included Walter Cronkite, jazz legend Ornette Coleman, the Alvin Ailey Dance Company, sculptor Jesus Moroles, and screenwriter Bill Wittliff. After a gala dinner at the historic Driskill Hotel around the corner, we were led by the dancing, drumming performance group Urban 15 over to the awards ceremony itself, held at the Paramount Theater, one Austin's oldest and most beautiful venues and a great architectural jewel of the city.

Presenters for this year's awards included CBS anchor Bob Schieffer, Tommy Lee Jones and piano great Van Cliburn, and bands Del Castillo, the Quebe Sisters (pronounced Kway-bee - check them out , they're amazing!), and Ray Benson of Asleep at the Wheel fame kept folks entertained with toe-tapping Texas tunes. The night was capped off with champagne and dessert (and lots of dancing) back at the Driskill Hotel. 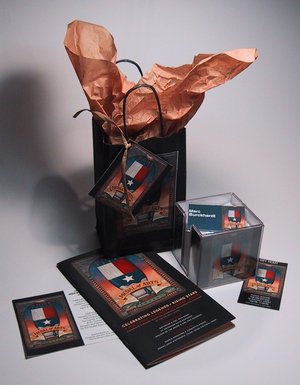 Some of the goodies
In addition to all this fun, we were invited to a few other special pre-event events, which included a luncheon at the Governor's Mansion, as well as a VIP 'Legislative" reception at the Bob Bullock Texas History Museum, which put me and my "plus one" guest, Steve Brodner (down for a Texas Monthly assignment) in close quarters with virtually every power broker and politico in the state. An eye opener for Steve, who has some stories of his own to tell from his visit to our fair city. And now, back to my quiet life again...... 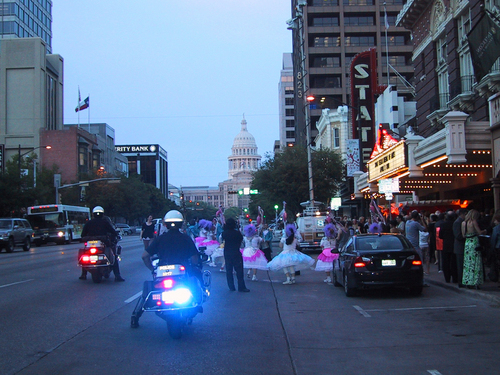 Party in the streets with Urban 15, in front of the Paramount and down from the Capitol 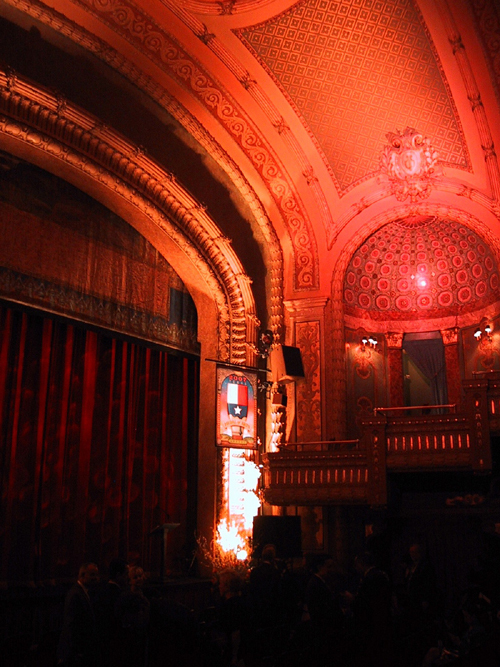 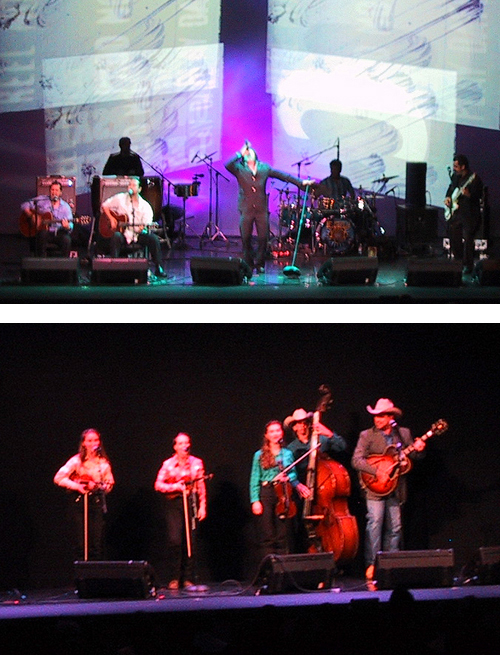 Del Castillo, and the Quebe Sisters (these girls are terrific!) 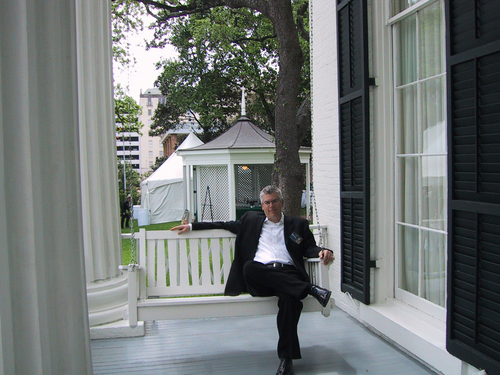