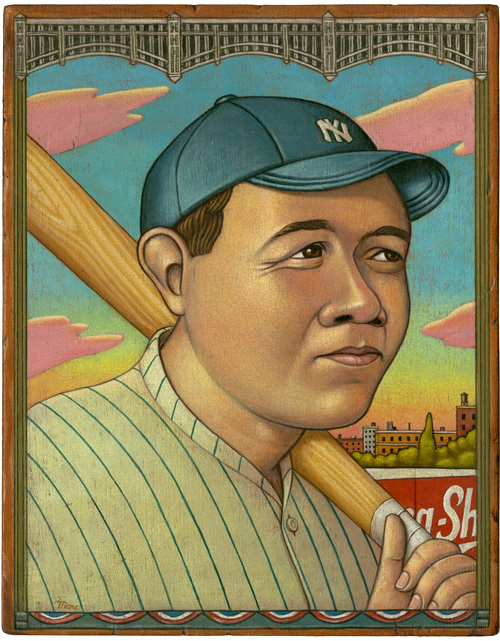 Babe, for the 2008 All Star program
Last night—and well into this morning— the 79th All Star game was played at Yankee Stadium in the Bronx. If it seemed like they didn't want to wrap it up, you could understand: This was the last All Star game to be held in the fabled House That Ruth Built, as it'll be replaced by the time the 2009 season opens. With it goes a cathedral of baseball, and 85 years of American history. 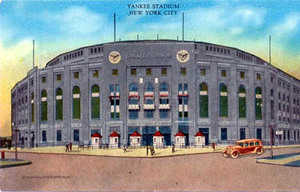 I didn't get to the game—it would have been a tough commute from Austin—but I was honored to play a small part in the experience the folks who did make it there had: the portrait of Babe Ruth above was commissioned by Major League Baseball for last night's All Star game program. I have to admit I was both honored and a bit intimidated by the task, given the special place both the Babe and Yankee Stadium hold in the hearts of fans. 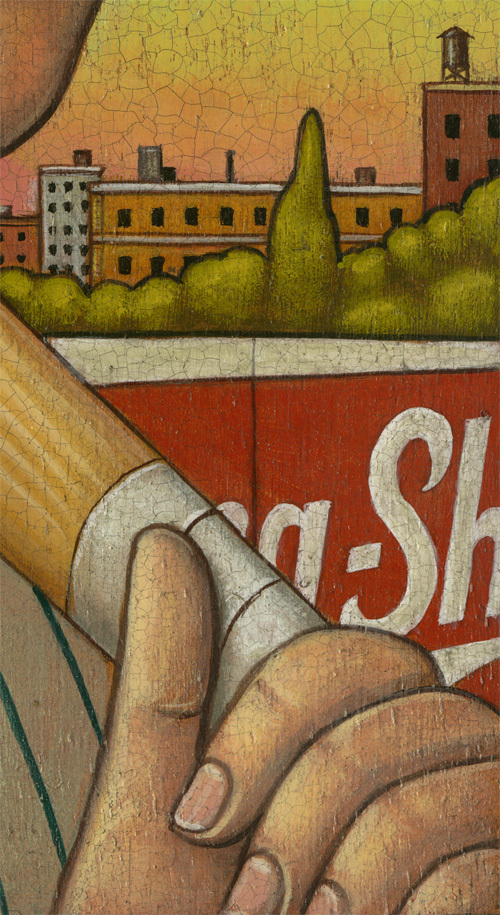