Trial by Fire: Obama for the New Republic 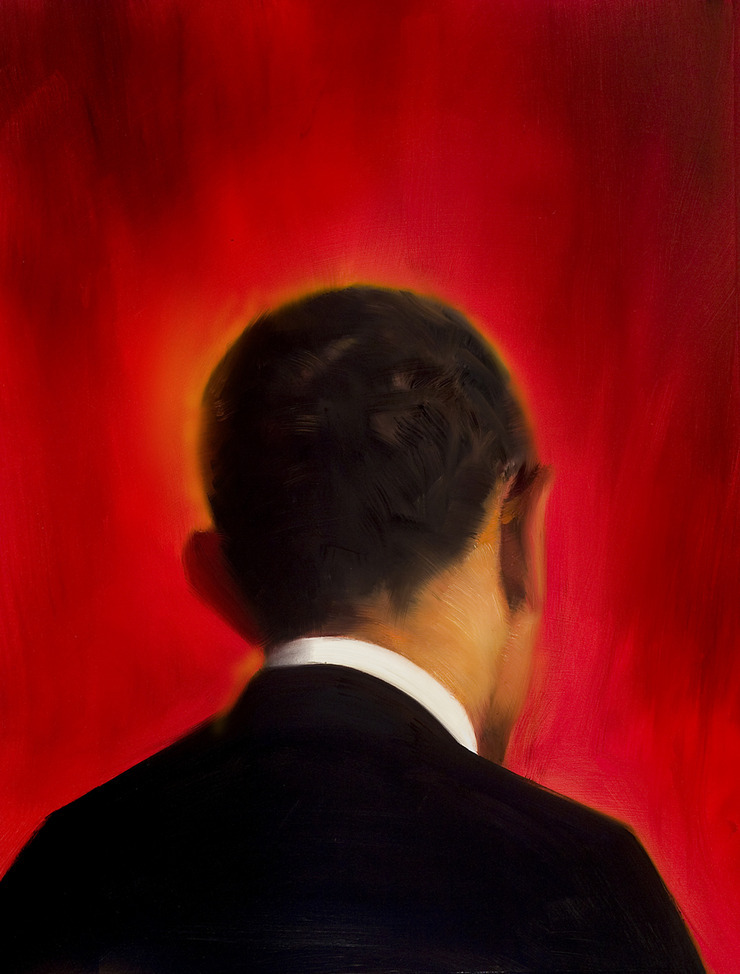 Last week I was asked to make a dramatic portrait of Barack Obama for the cover of the current issue of The New Republic magazine. The idea was to depict the president as he emerges to face the trials by fire that lie ahead for his administration.

More and more I find it easier and faster to make color paintings as sketches, as opposed to detailed pencil sketches. In this case, where the painting technique  would be an intergral part of the illustration, it seemed essential. I showed a number of ideas as I sketched them over a day and a half to art directors Christine Car and Joe Heroun. 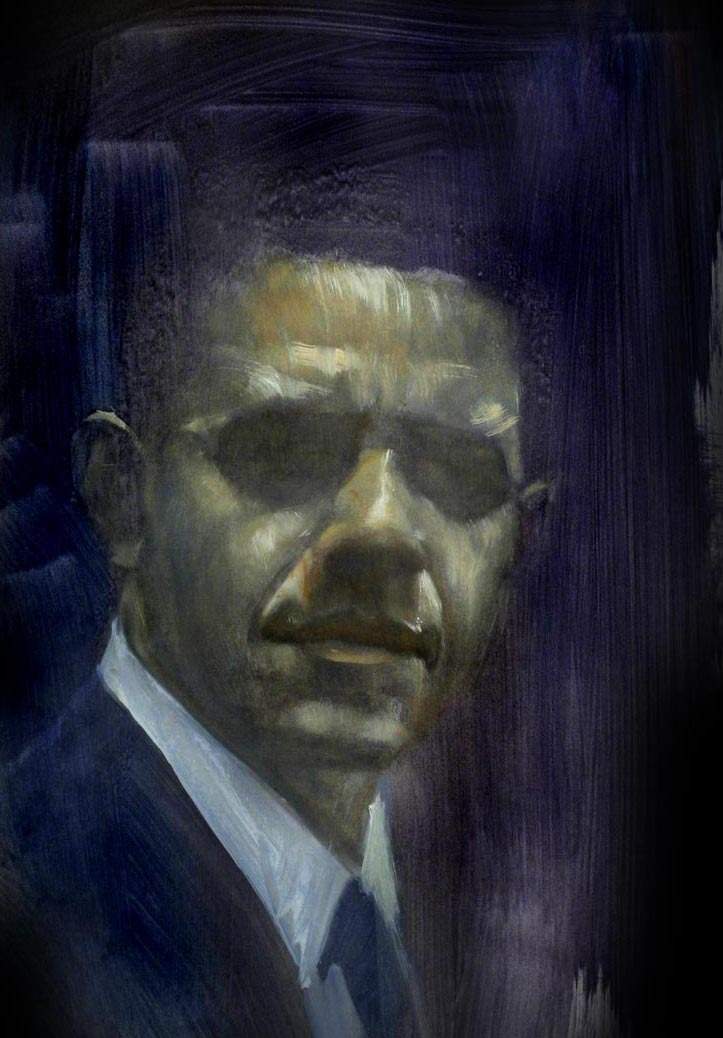 My first sketch, I liked it but it was too literal and more frontal than was correct for the article... 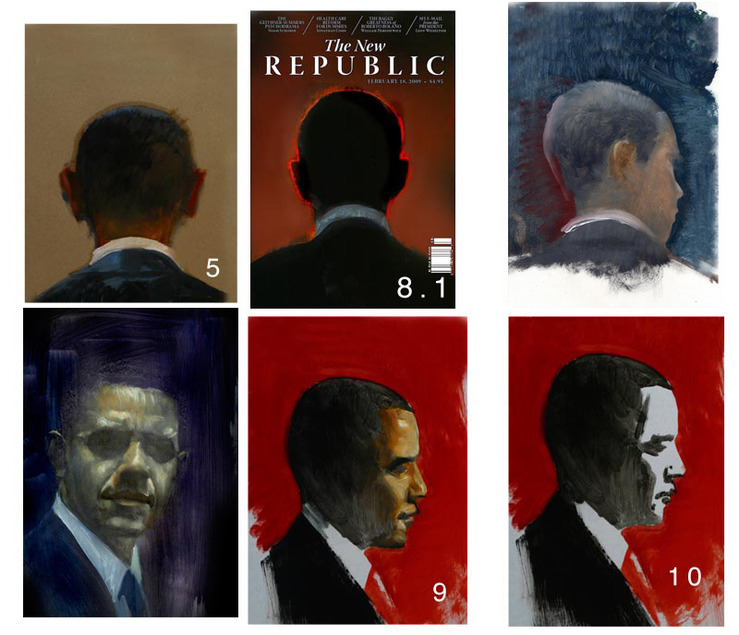 My sketches.
After discussion, we decided on a variation on one of the sketches, (version 8.1 above). 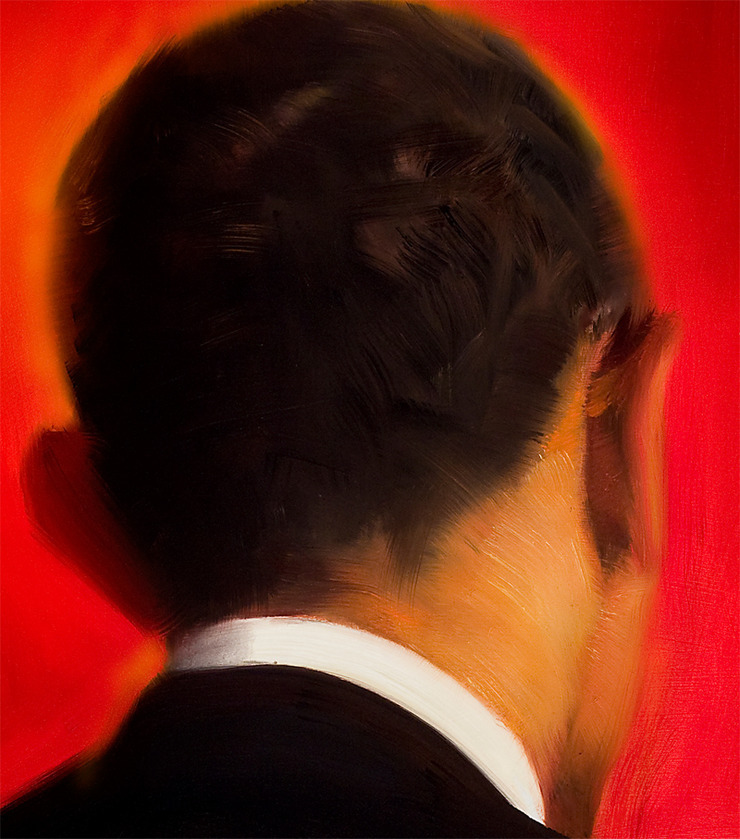 Detail of final painting, at about original scale. 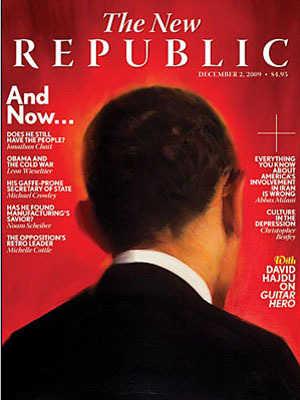 I want to thank Christine Car and Joe Heroun for giving me this opportunity- this was the first time I have had an assignment to paint President Obama.