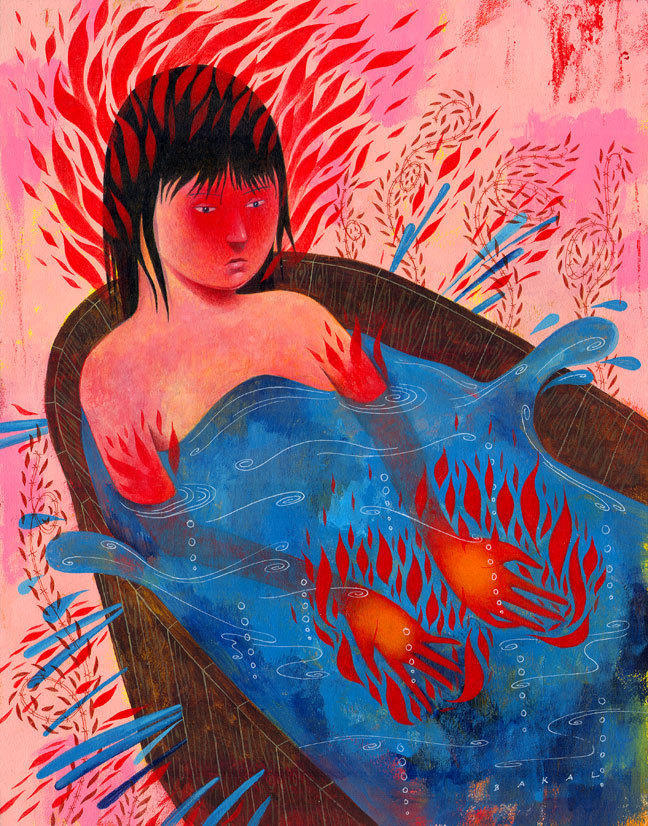 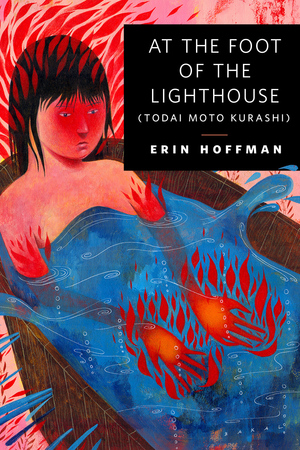 Most of my work over the years deals with current events and is largely based in some sort of reality. Jobs that come from a fantasy and fictional point of view are sometimes a nice releif to that. It gives me the chance to get lost in a world or visual that can go anywhere - like a girl sitting in a bathtub moments before she explodes the tub...with her mind!

Irene Gallo at Tor Books/Tor.com contacted me to do this job - and of course, I was thrilled to do it.

I loved the story, 'At the Foot of the Lighthouse' written by author and game designer Erin Hoffman. It was written with such wonderful visuals so it was easy to pick a powerful and surprising moment in the story to illustrate. Please visit Tor.com and give it a full read. 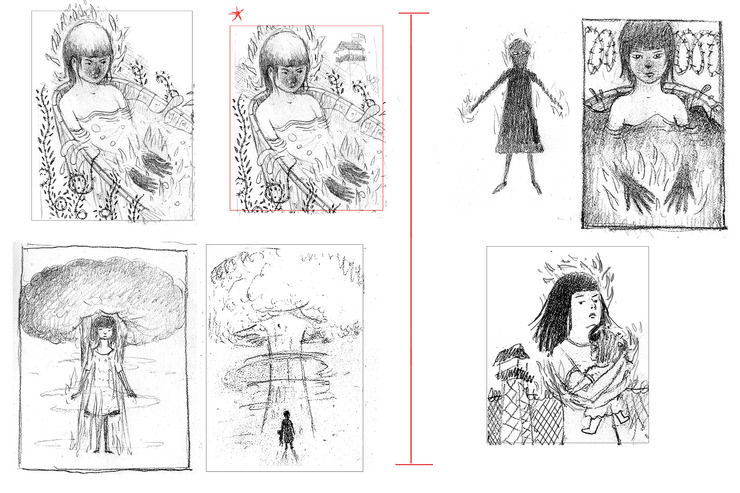 Working with Irene was pretty much what I expected from an art director who absolutely loves illustration and has worked with artists pretty much as long as I've been an illustrator myself - she picked one of my sketch idea and got out of the way. Her only art direction was to maybe take out the tower in the background unless I felt it needed to be in there. I took her advice.

The sketches to the left of the red line is what I actually sent her. Irene also agreed to pick the piece that I very subtly indicated in the image. I was originally going to send the ones on the right also but decided to crop that part off. It was just too many ideas really going nowhere. You have to cut out the fat and only give an art director what you want to paint.

Thank you Irene for the opportunity and thank you Erin Hoffman for writing such a cool story!