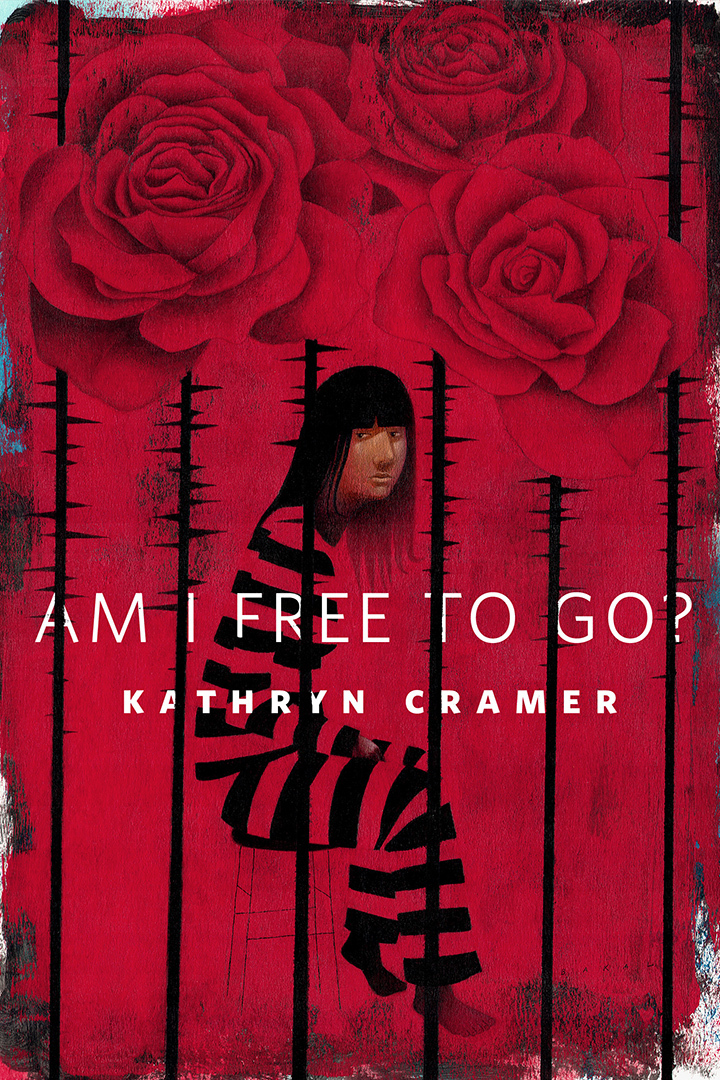 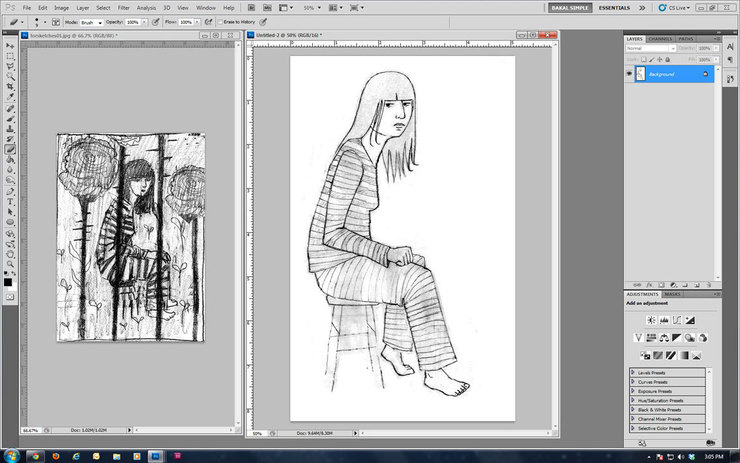 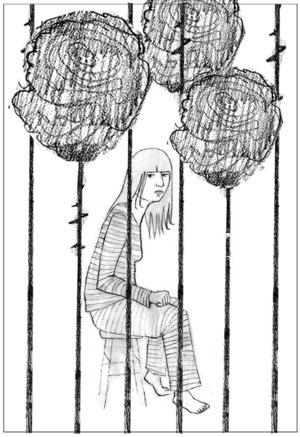 I really enjoyed and love the piece I did earlier in the year for Irene Gallo at Tor - in fact, it is probably one of my favorites this year. A few weeks ago, Irene emailed me to create a new piece for another upcoming short story called 'Am I Free To Go?'.

After the first go around of the 55 page story, I was all over the place. The story is written in a rather fragmented way so the second time around, I really had to hone in on what was going on in the story. I finally found a few visual cues that I thought would work very well together. Not to give too much away because you should read it, there was a connection with jail, inmate clothing and long stem roses that were perfect for a neat visual.

After the first read, I knew this was going to be a very limited palette focusing on red and the image started to build in my mind each time I read it. It eventually got to the point where the three thumbnails above - which is essentially the same thing - was the only thing I thougth would work for this job. I presented the three as the 'idea' more than a finished sketch. Irene loved the idea and trusted me to do the right thing with the composition and let me do whatever I needed to do.

The screen shot of my computer shows the original thumbnail and the cleaned up sketch of the woman which I continued to play with...mainly just arm and leg lengths and slight changes in the body. The image to the right is the the final composition I decided to work with -  I did change how many stripes are on the clothing while I was doing the final painting.

I also wanted to render out the image a little more than what I usually do which I think mixed well with the more graphic and expressive stuff I do.

It was great fun to do this piece and so easy and wonderful working with Irene. 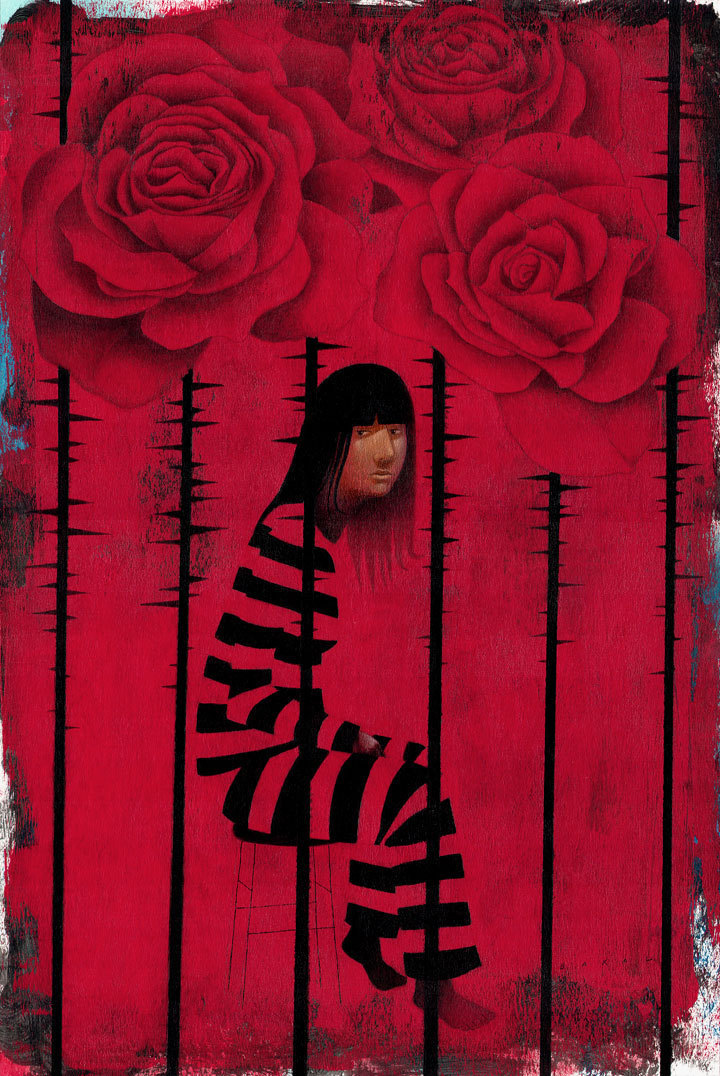