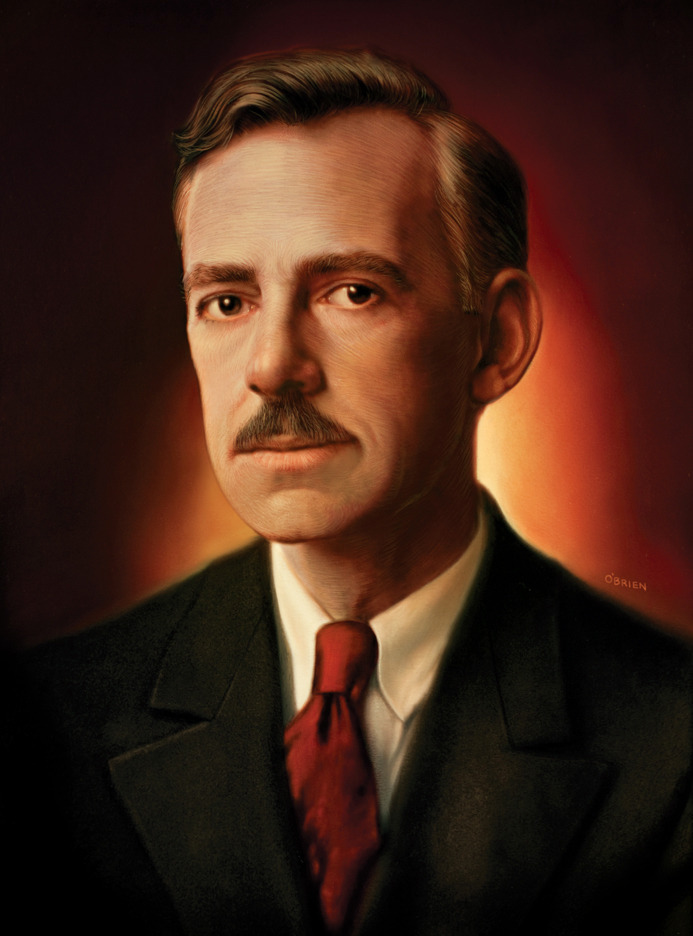 A few weeks ago I attended an amazing event.  The Irish American Writers and Artists held their inaugural Eugene O'Neill Lifetime Achievement Award at the Supper Club in NYC.  I was contacted by the writer T.J. English to do a portrait of O'Neill for the event and program.  I'm now a proud member of this distinguished group and this event was fantastic.
Before a crowd of over 200 people, author William Kennedy was awarded the inaugural Eugene O’Neill Lifetime Achievement Award.
From the IAW&A:
"The event began with City Council Speaker Christine Quinn officially proclaiming Oct. 16 to be “Eugene O’Neill Day” in the City of New York. Singer ASHLEY DAVIS opened and closed the event with a song. IAW&A co-director MALACHY McCOURT was Master of Ceremonies. Actors MATT DILLON and MICHAEL O’KEEFE read from the works of William Kennedy, and Pulitzer-prize winning playwright/director JOHN PATRICK SHANLEY read a passage from O’Neill’s “Long Day’s Journey into Night.” There were short speeches from IAW&A co-founders PETER QUINN, MICHAEL PATRICK MacDONALD and T.J. ENGLISH. Novelist MARY PAT KELLY (“Galway Bay”), a member of the IAW&A Board of Directors, was in attendance, as were distinguished artists such as actors GABRIEL BYRNE and KEVIN CORRIGAN, writers COLUM McCANN and THOMAS KELLY, and many others. Among the highlights was the unveiling of an original illustration of O’Neill created by artist TIM O’BRIEN exclusively for IAW&A, to be used on the cover of the brochure/program for the evening. It was, as we had hoped, an unprecedented gathering of Irish American writers and artists. We come out of this event with a membership of over 200 people. This could be the beginning of something exciting and monumental. To those who attended, Much Respect. To those who did not, we hope to see you at future events."

I had a great time and since I was announced from the stage and had a name tag on, after the ceremony people knew who I was and came up to me.  Matt Dillon introduced himself, a gentleman.  Man, I saw so many of his movies, from the Outsiders and Rumble Fish, to Drugstore Cowboy, Beautiful Girls and There's Something about Mary.  Cool guy.

I ambled up to the bar and met the very charming John Patrick Shanley, the writer and director of Doubt and Moonstruck.  After a brief conversation, I could tell that he coveted my painting.  I thought I'd give it to him and he accepted and we're due to have a dinner in the city.  Should be interesting. I will push for an acting part for my sister-in-law, Nell.

Elizabeth and I met up with Skye Gurney of TIME, she happened to be there.  We stood at the bar and I looked over these warm faces tipping back pints and my love of the Irish was blooming.  Suddenly William Kennedy broke into song.  A funny but sorrowful ditty about waiting outside a saloon for his father.  We all smiled as the sang, "Salooon, Saloooon, Salooooooon!"  Clapping and toasts and back to our conversations and then the singer from earlier in the evening began singing a beautiful song and others joined in.  Standing next to me was Gabriel Byrne.  When it was over Gabriel said hello and we talked for a while.  Also very charming and said that the place where my grandfather was born was the place he used to drive to as a young man in hopes of a little something.  He indicated that he would be back with 'In Treatment.'  That's great news.  I love that show.

Anyway, I met so many great writers there.  I think they are eager to expand the membership and as far as I can see there are way more writers than artists.  To my fellow Irish American illustrators, check the organization out.
http://www.i-am-wa.org/ 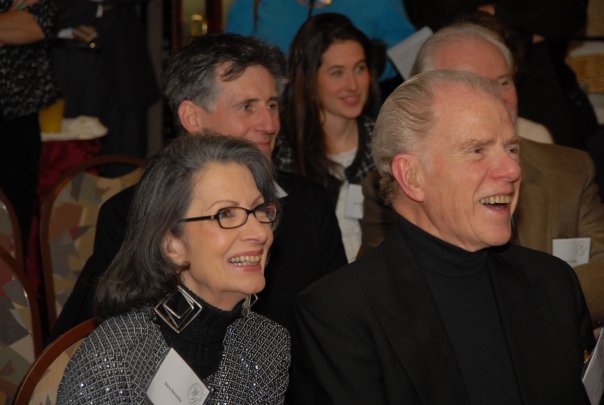 My hunch is that John Patrick Shanley is speaking. This is William Kennedy. Photo by Nuala Purcell. 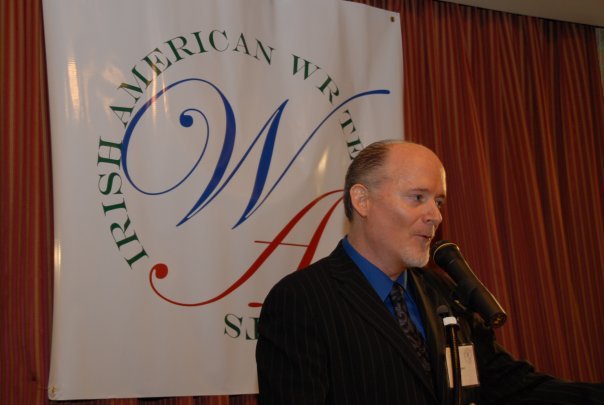 T.J. English, author of THE WESTIES, PADDY WHACKED and HAVANA NOCTURNE. He's a founder of the organization. Photo by Nuala Purcell http://www.tj-english.com 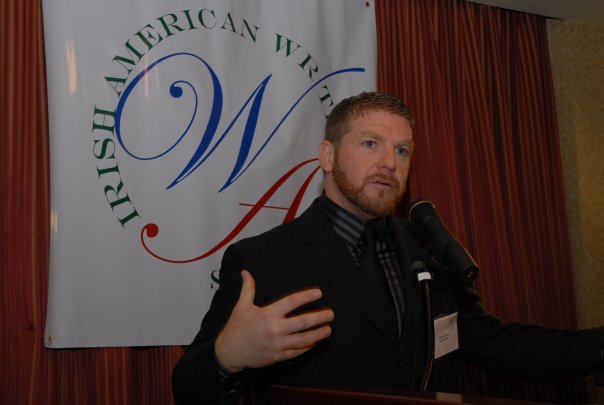 Michael Patrick MacDonald, author of the acclaimed ALL SOULS about his life as a Southie in Boston growing up. Now a fellow Brooklynite, he's also a founder of IAW&A Photo by Nuala Purcell 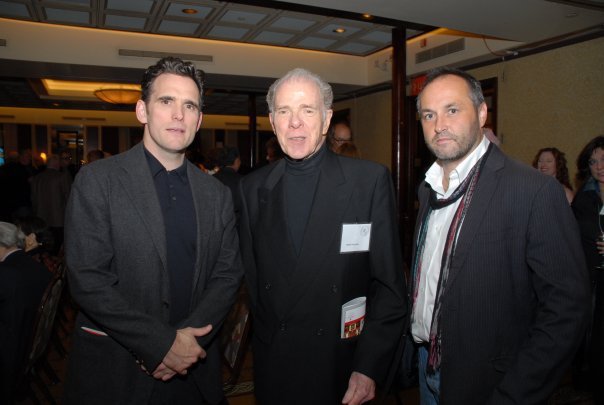 Matt Dillon, The honoree, William Kennedy and Colum McCann, who is incidentally a friend and shortlisted for the National Book Award for LET THE GREAT WORLD SPIN. Fingers crossed. Photo by Nuala Purcell http://www.colummccann.com/reviews.htm 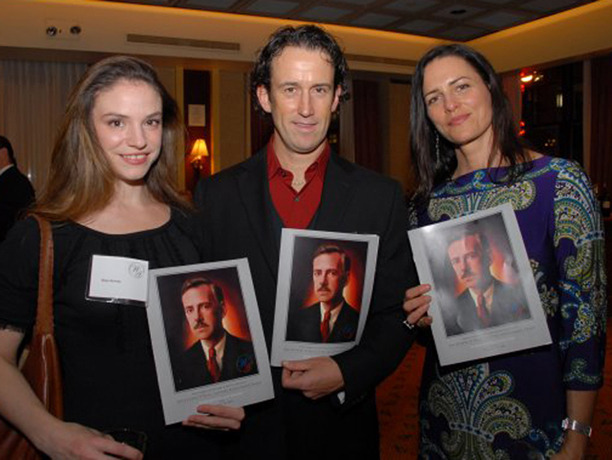 The formation of the IAW&A is kind of interesting.
From their website:
"How We Began
In March 2008, a small group of Irish American writers were featured speakers at a literary festival in Charlottesville, Virginia. The title of the presentation was IN SEARCH OF IRISH AMERICA and the panelists were authors Peter Quinn and T.J. English, historian and author Daniel Cassidy, New York Times columnist and author Dan Barry, and Maureen Dezell, whose book Coming Into Clover chronicles the history and development of the Irish in America.
After the presentation was over, the writers gathered at a local pub. At the time, the presidential campaign was underway. In fact, the hotly contested Pennsylvania primary was just days away, and in the news there was much speculation about whether or not “white working-class ethnics” would ever be able to vote for an African American. The writers took a quick poll and discovered that every one of them was supporting Barack Obama for President.
None of us were from Pennsylvania, but all of us came from Irish American working-class roots and were familiar with the kinds of “white ethnics” who, we felt, were being simplistically portrayed in the media as staunch conservatives, if not outright bigots. Our own experiences were counter to this stereotype. We were Irish and came mostly from Catholic backgrounds, but every one of us considered ourselves to be inheritors of a “progressive” political and artistic tradition.
A Collective Awareness
Together, we took out an ad in the Irish Echo, the largest Irish newspaper in the U.S., in which we proclaimed our support for Obama. Among other things, the ad stated: Senator Obama represents to us the best hope for achieving an America that includes all and leaves no one out – an America that slaves and immigrants alike dreamed would one day include their children. We believe he can inspire and lead the struggle for social justice, civil rights and equality of opportunity. We see in him a continuation and reaffirmation of the movement John F. Kennedy helped to foster and for which Martin Luther King Jr. and Robert Kennedy gave their lives.
A total of 44 esteemed Irish American writers and artists signed the ad, including writers Jimmy Breslin and Thomas Cahill, filmmakers Ed Burns and Terry George, musicians Mick Moloney and Dicky Barrett of The Mighty Mighty Bosstones, and many others. Out of this initiative grew a spirit of collectivism that we named the Irish American Writers & Artists Association. Though our non-profit status precludes us from further endorsing political candidates or parties, we hope to continue to bring together Irish Americans in this spirit of activism, tolerance and enlightenment. Please read our mission statement and you will see that – philosophically, and through word and deed – we hope to promote and highlight the artistic achievements of Irish Americans past and present, and in so doing assert the most daring and progressive side of our collective heritage. We hope you will join us."

Again, for my fellow Irish American artists...check them out!
http://www.i-am-wa.org 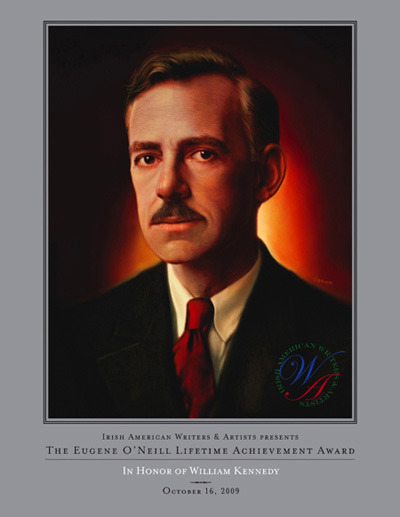