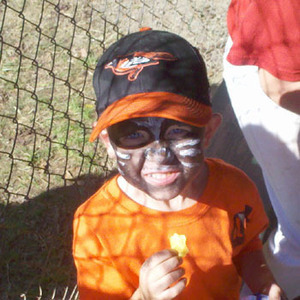 Say hello to the illoz Orioles!

Each year, illoz.com sponsors a team for WNC Fall Baseball, and this year, it's an irresistible group of four to six year olds playing the great game of T-Ball.

For those unfamiliar with the game of T-Ball, it's basically baseball except that there's never a dull moment and the players may from time-to-time chase the ball into the outfield after hitting it  instead of going to first base. Also, outfielders may opt to have a tea party in the grass, ignoring balls that may be rolling by at any given time. 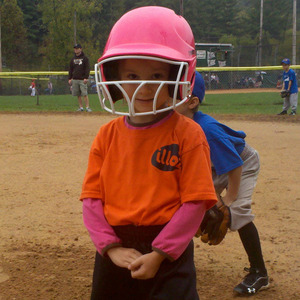 One other difference between T-Ball and the game of baseball you might watch on TV or take in at the ball park is that parents of the players can sometimes have mental break-downs or begin to show signs similar to that of contracting a nasty case of Rabies in which foaming at the mouth can be seen, and in worst case scenarios, symptoms of Tourretes syndrome can also be detected in which uncontrolled vocalizations can occur.

Since  I can not afford to build my own ball park in which parents are not allowed, for the past six years or so I've volunteered to be commissioner of the league, which means I'm at the ball park each night and all day on Saturday, kindly reminding parents who are suffering from the afore mentioned afflictions that they are not adding to the fun and they need to shut up, sit down and let the kids play. 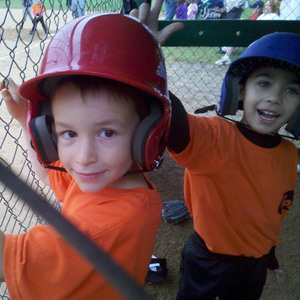 Sometimes the coaches forget about that word 'play' as well and misinterpret the team as a miniature army that needs to be marched into battle. From time-to-time it's necessary to remind coaches that the game could just as easily go on without them. Fortunately, this doesn't happen very often. I hand-pick all coaches based on one thing: If I like them.

Happy to report that the Orioles won exactly ONE game in twelve this season and the kids didn't even know the difference. Thanks to everyone at illoz who make this happen!