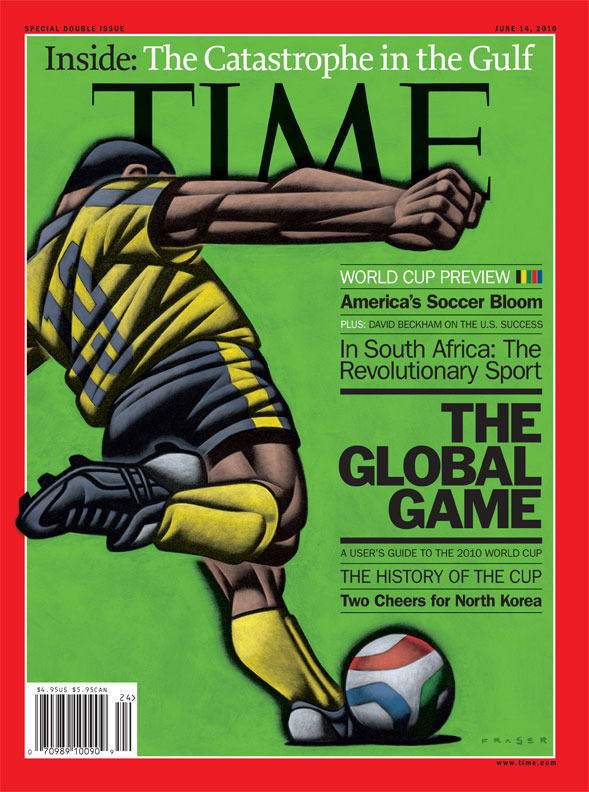 Well it's been awhile since I've done a TIME cover. D.W. Pine emailed asking if I was available over the Memorial Day weekend. No one phones anymore, and maybe D.W. needed someone who wasn't going anywhere for the weekend, Ha! He thought a very strong graphic, poster-type cover with a player and ball would be cool in my style. Very straight forward, and to the point. Fine with me, as I enjoy the opportunity to really explore a object in it's structure. One of the bigger choices for me was whether to portray the traditional black & white soccer ball. I went with a more contemporary looking ball as it describes more appropriately the feeling to the event held in South Africa. As with any current cover work, there is the need for providing space for the necessary text, and masthead while maintaining the energy. Originally the text was to be on the left, but after an Editor review it was now on the right.  The Editor wanted a single player making a kick from the back, as I had done with another sports image of a baseball player. Not highlighting any one player was the goal.

First round of sketches with text in the lower left. 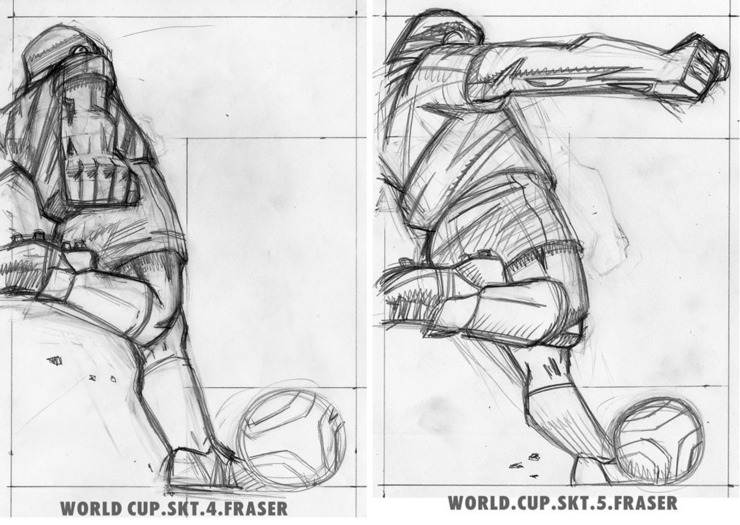 Text moved to the right. The energy was not going in the 4th sketch. I sent D.W. another even before he responded to #4. 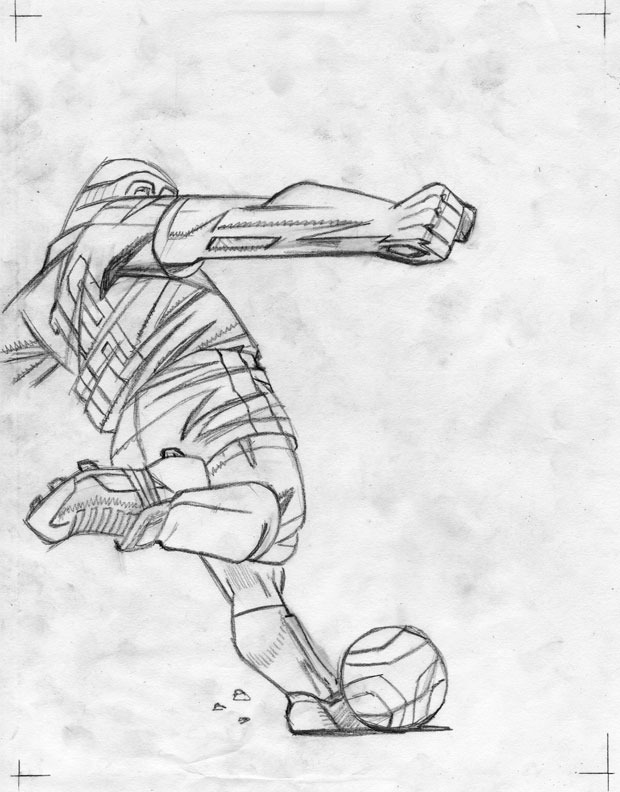