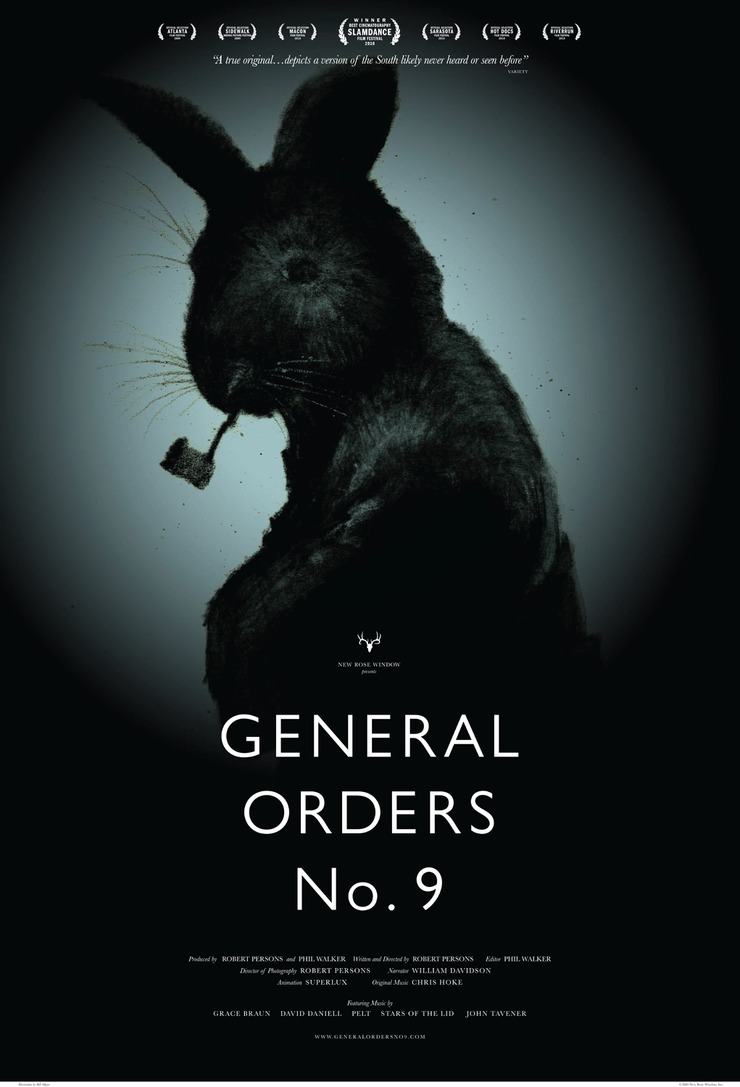 Bob Persons, a local film maker, just dropped off this new poster for the movie "General Orders No.9"
Deer trail becomes Indian trail becomes county road. General Orders No. 9 provides a history of the state of Georgia, but not in any normal textbook fashion. Instead it takes an impressionistic and poetic approach to span the time when Europeans first discovered the land that was then inhabited by Indians to the present day. It's an almost spiritual history shaped by landscape and geography, but as man began to impart his will onto the land, a conflict develops from the scars of war to the development of interstates, which gave rise to the city, which is presented as an abberation, an oppressive machine that works to isolate instead of unifying with a sense of belonging and place. General Orders No. 9 is one last trip down the rabbit hole before it gets paved over. A deep geography. What is above and what is below. What came before and what will come after. Agrarian fantasies, sacrificial rites, and excavations. A story told with maps, dreams, and prayers.
Icons for a Lost Civilization.
New Rose Window
Art Director Bob Persons
Illustrator Bill Mayer
Illustration © Bill Mayer 2008
Film stills depicting a texture and feeling of a time gone by.