THE DEATH OF FROGS PART 1

This years Dellas Graphic Frog Caledar  for 2011 . This year I did the usual 50+ thumbnails and the favorite  turned out to be "The Death of Frogs" Art Director Jim Burk © Bill Mayer 2010 , 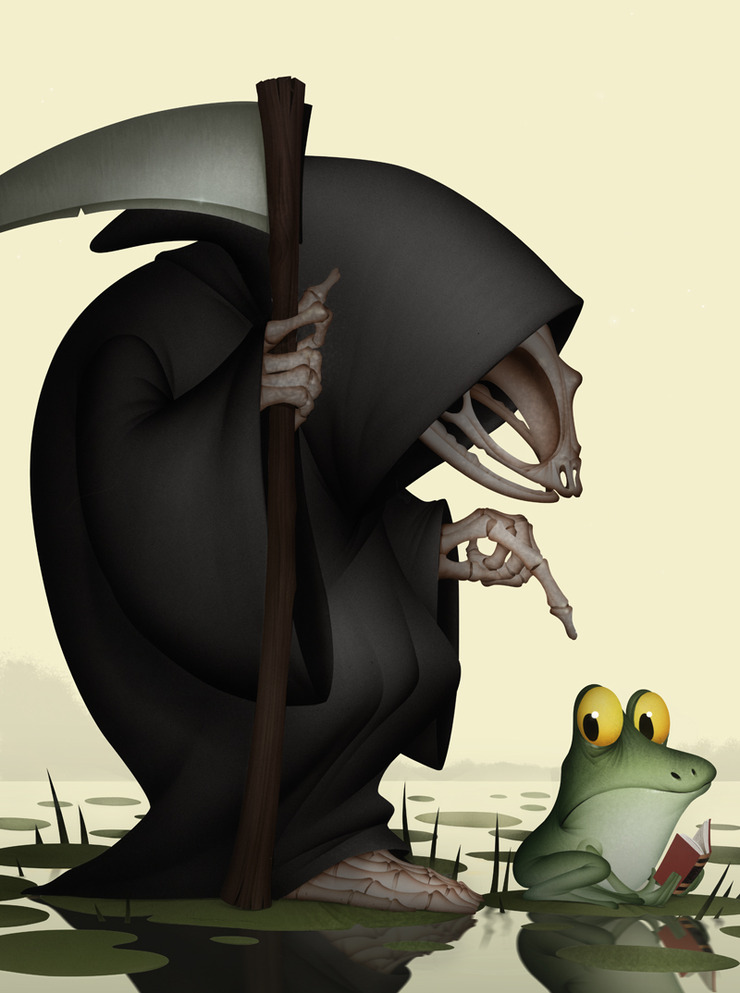 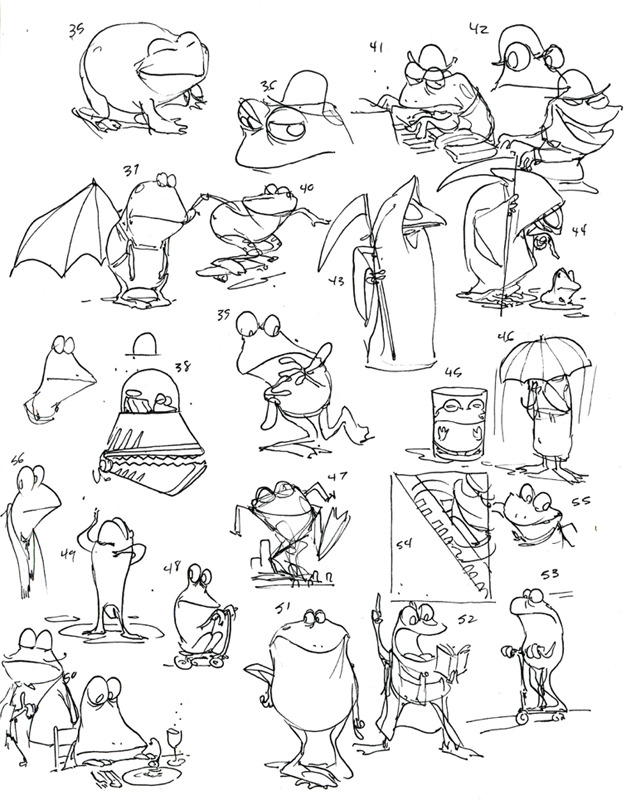 Dellas Graphics has been doing this frog calendar for years. Always some great work contributed , by some really great talented artists. Some of the 50 thumbnails I did when I started on this project. I know lots of thumbnails but I love doing these ,it's my favorite part of the work. 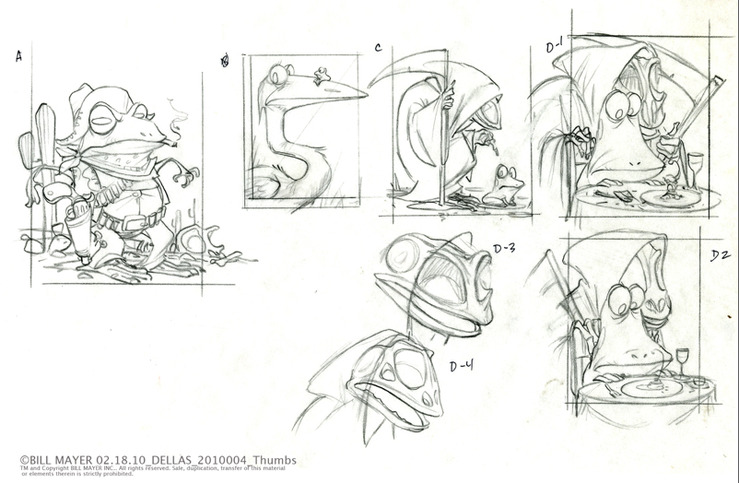 Jim Burk the art director and supreme Illustrator in his own right helped sort through the candidates and came up with several favorites to blow up and look at closer.I thought it would be funny to do death as a frogs death with a frogs skeleton in the traditional robe... 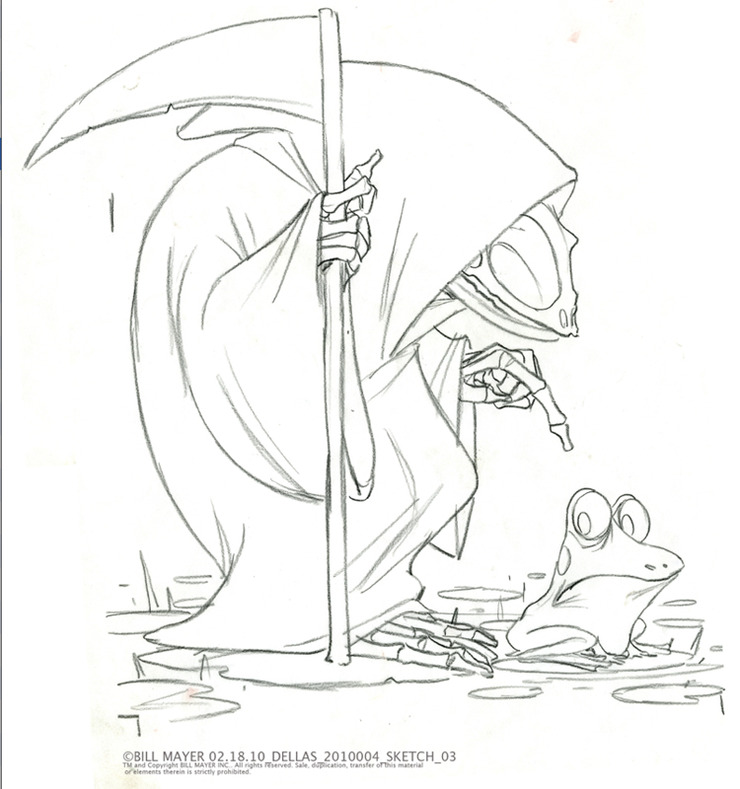 We never heard back from Jim about the sketches so the gang at the studio all voted on the one they liked the most . Me I don't ever count, I just do what I am told. Here is the final sketch. 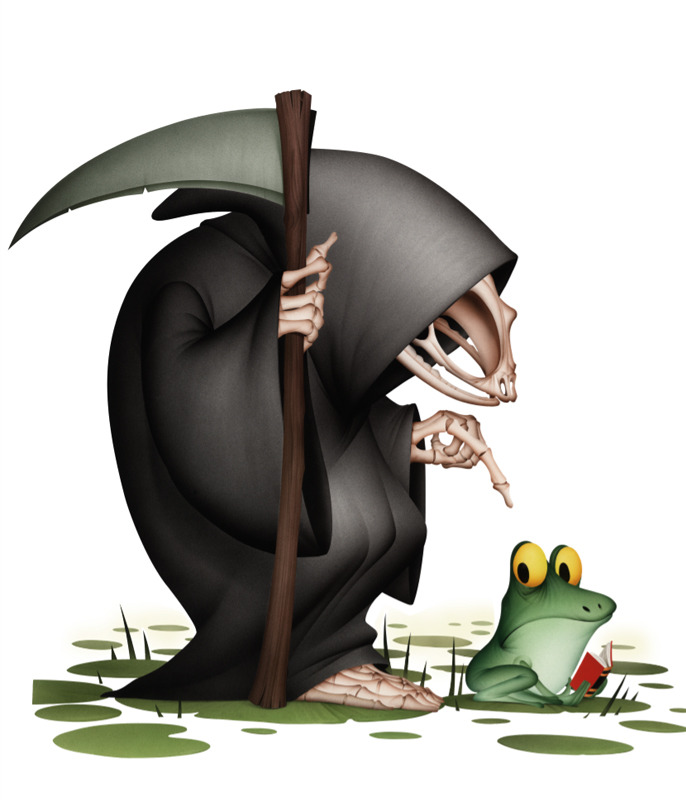 They way I work is to transfer the illustration to a board and render traditionally in airbrush. 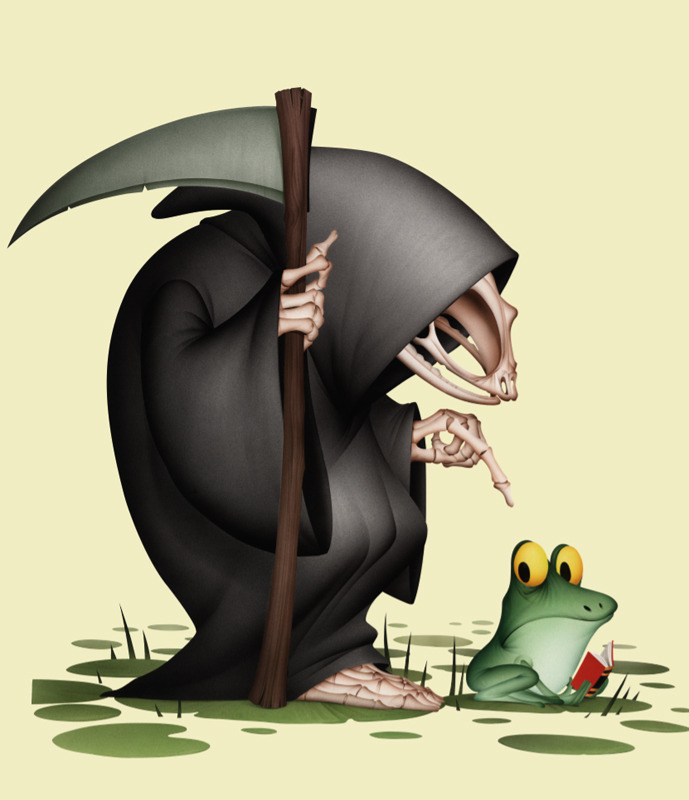 Then build backgrounds in Photoshop 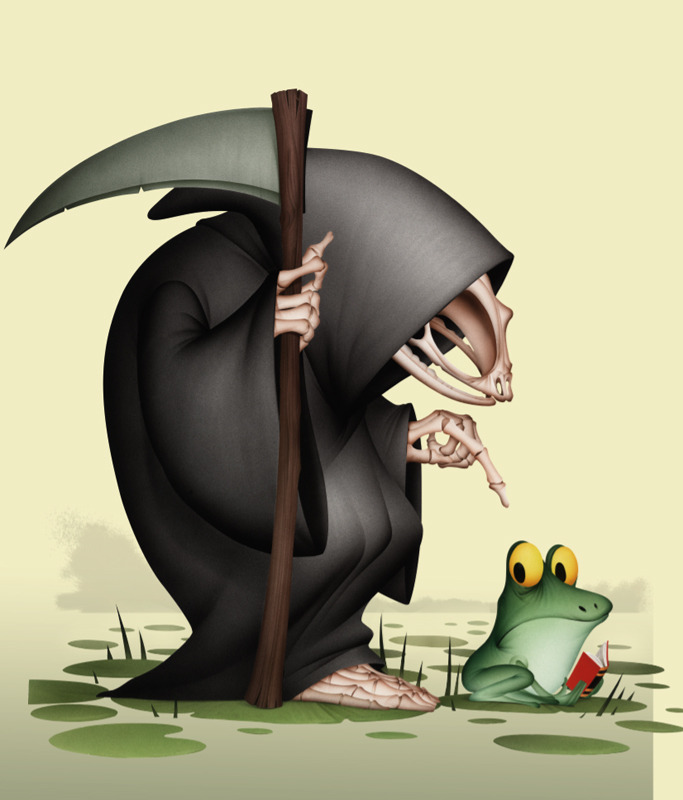 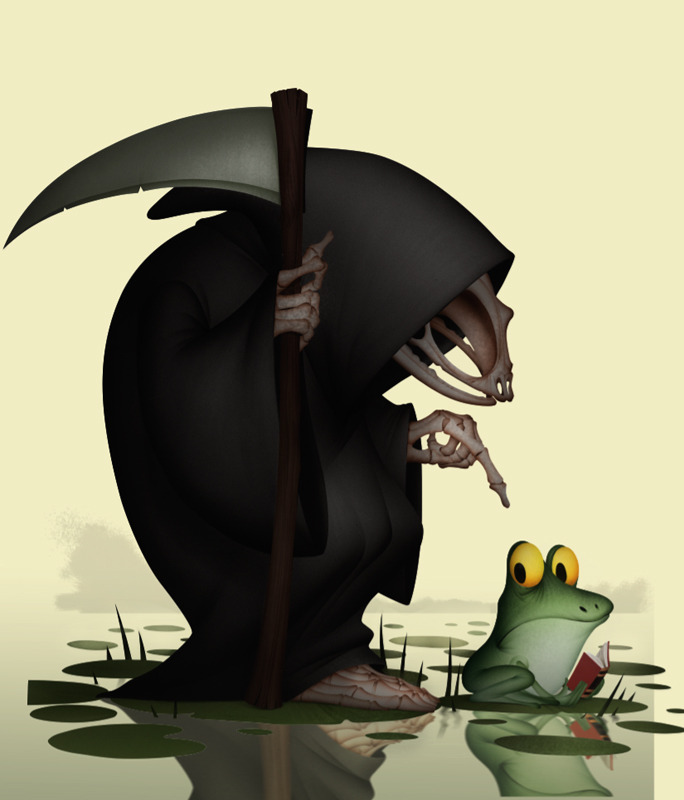 reflections and layers to darken and make the piece a little more ominous... 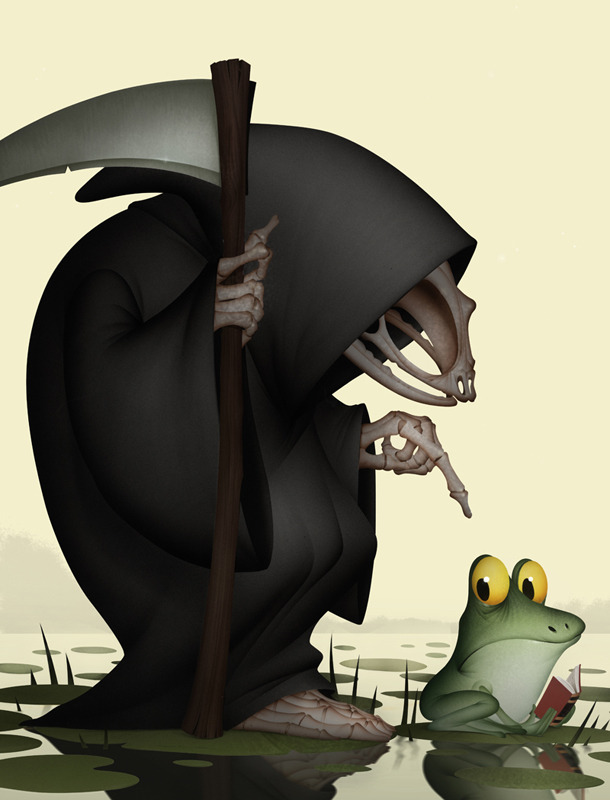