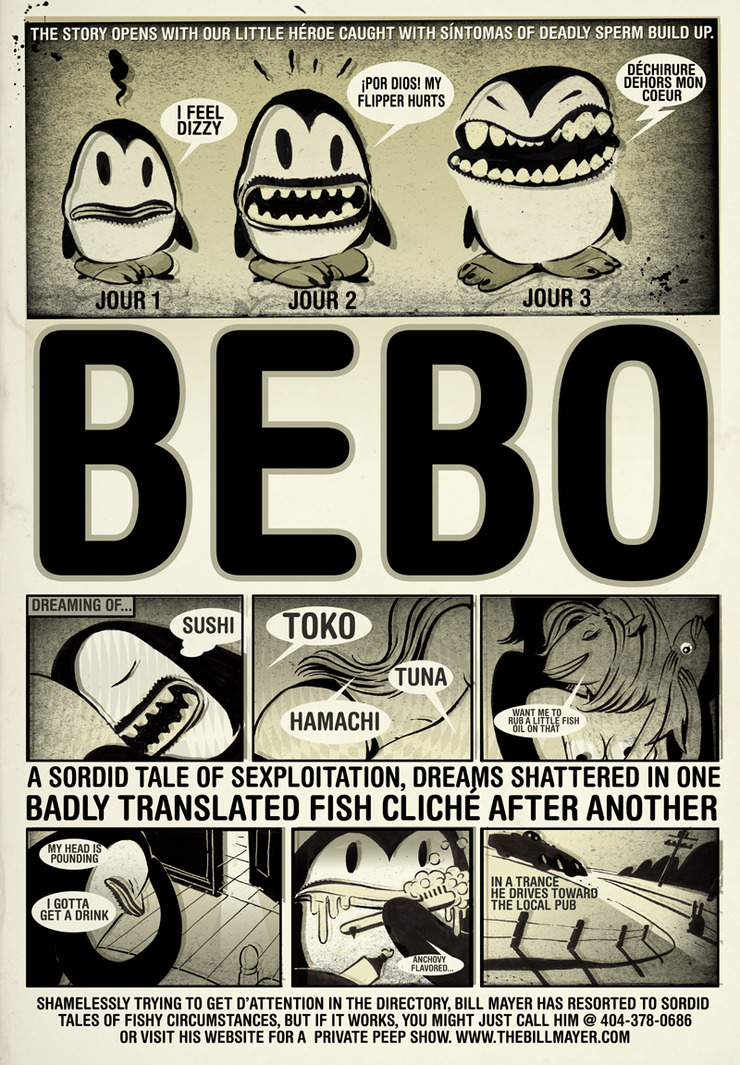 Originally this little comic started in badly translated French, I thought it was funny but the gang around the studio felt it was funny enough in English. So the mangled English-French-Spanish was a compromise. I loved the Idea of creating a comic. Grew up on them, collect those great underground comics from the 1960's. 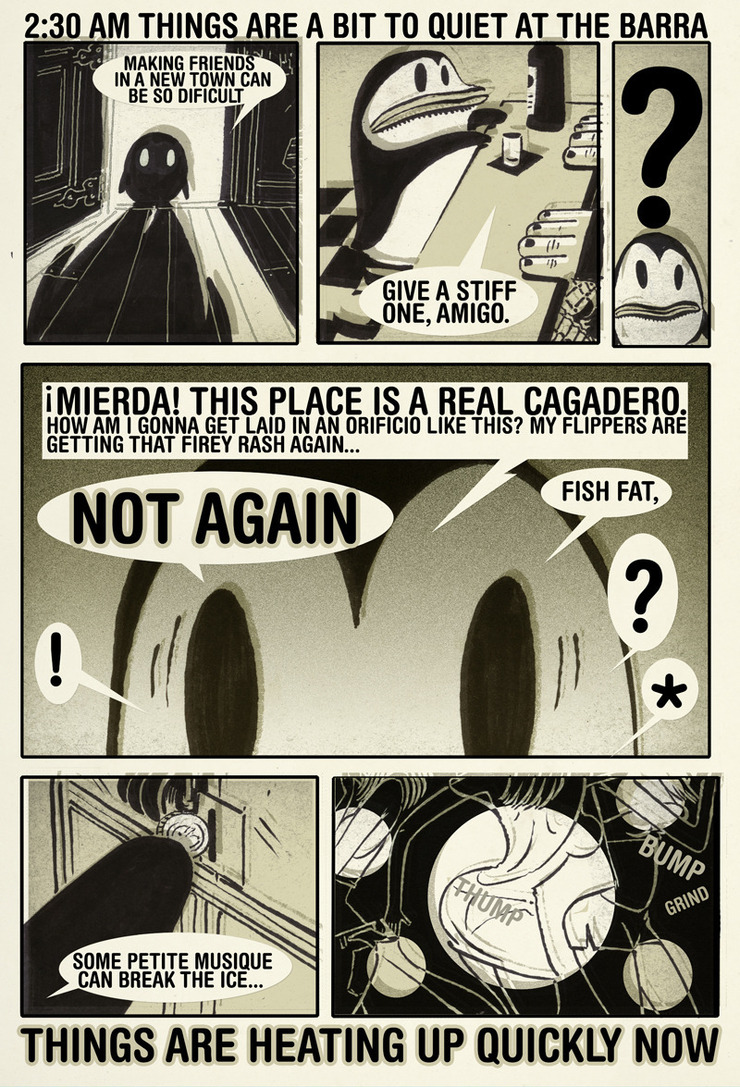 One morning I was looking for some thing to drag down to Java Monkey with me and I ran across a couple of the old Zaps and stuck them under my arm and hoofed it down to the coffee shop without really looking at them first. Once I got my coffee and sat back and started reading them, I realized I couldn't just lay them out on the table and hiding in the corner I felt a lot like some perv. 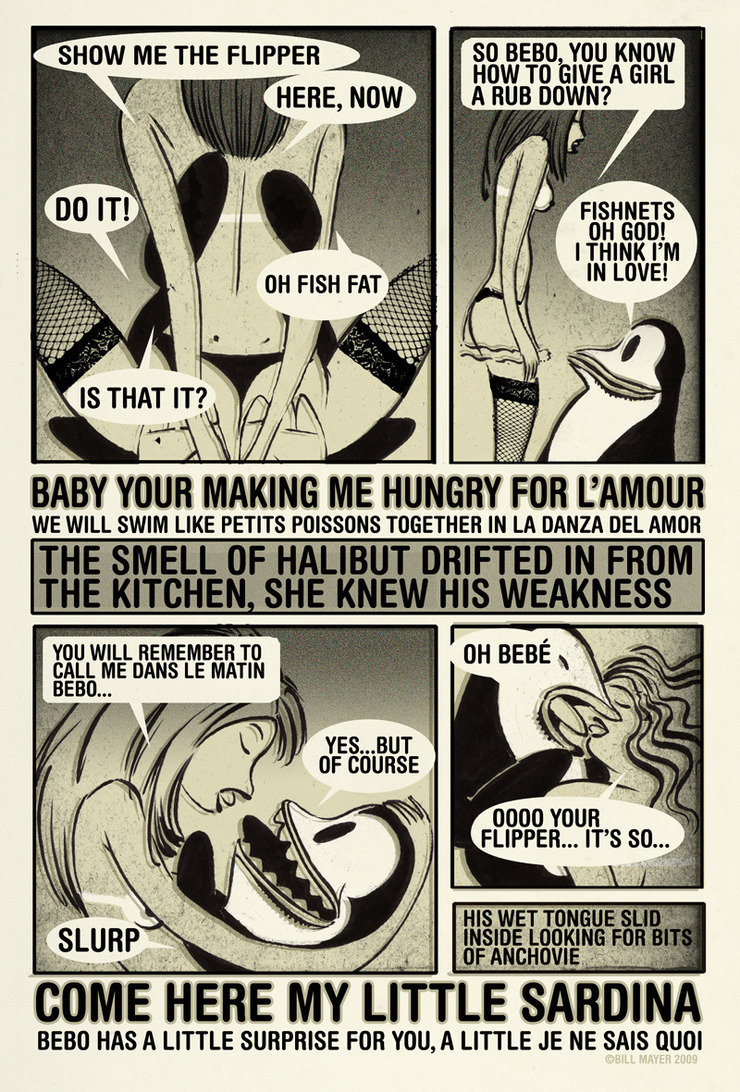 I finally grabbed a go cup and headed back to the privacy of a park bench were us social misfits are much more comfortable. Those comics were great they addressed racisms and incest head on and in the face. 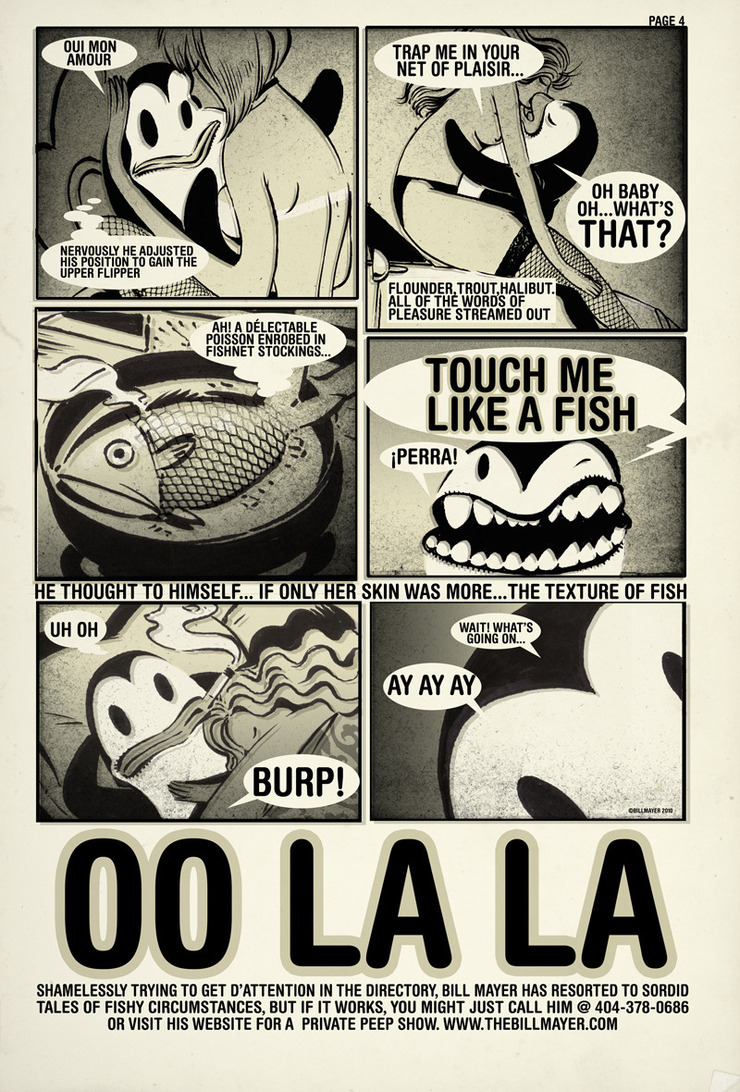 My comic had none of these social attributes it was just plain and simple smutty fun. Shameless tales of animal lust and fishnet hose...Originally I did these for fun but I decided to use them as sort a running strip through 3x3 directory. Unfortunately I got a call from Charles who said as much as he liked them they had to be single images, and technically they were multi images on each page. So I opted to run some of my stamp drawings instead
Topical: THEMS POKEMONS IS DEVILS
Latest
ROTTEN TO THE CORE The Long Haul "Lucid Dreams" Opening at Copro Gallery curated by Beautifully Bizarre Magazine Hamilton King Award 2021 ORPHAN BARREL New little spot illustration CIO Momento Mori Warrior Queens 50th Anniversary MLK AIRBNB A VERY GRIMM TRIP THROUGH NORTHERN GERMANY
Topics
Topics
JUST WORK SKETCHBOOK THE LAB THEMS POKEMONS IS DEVILS
Archive
Image Galleries
New Gouache Drawings Staying Sharp Sketchbook Letters to Lee Stamp Drawings Typoglycemic Recent Work Flat Work Demented Little Beasties portfolio 2 BEBO PART ONE General Orders No.9 Portfolio 1 PEST PLANET For the love of a good line
© 2023 Bill Mayer