JUNE 4, 2010
This was a fun little illustration for David Sather; “Buzzing with Creativity.” I know this Illustration is a year old, but we were thrilled to find out it just won a gold medal at Society of Illustrators West, Editorial Category! So, I thought it would be a good entry to my blog. Hope you enjoy! 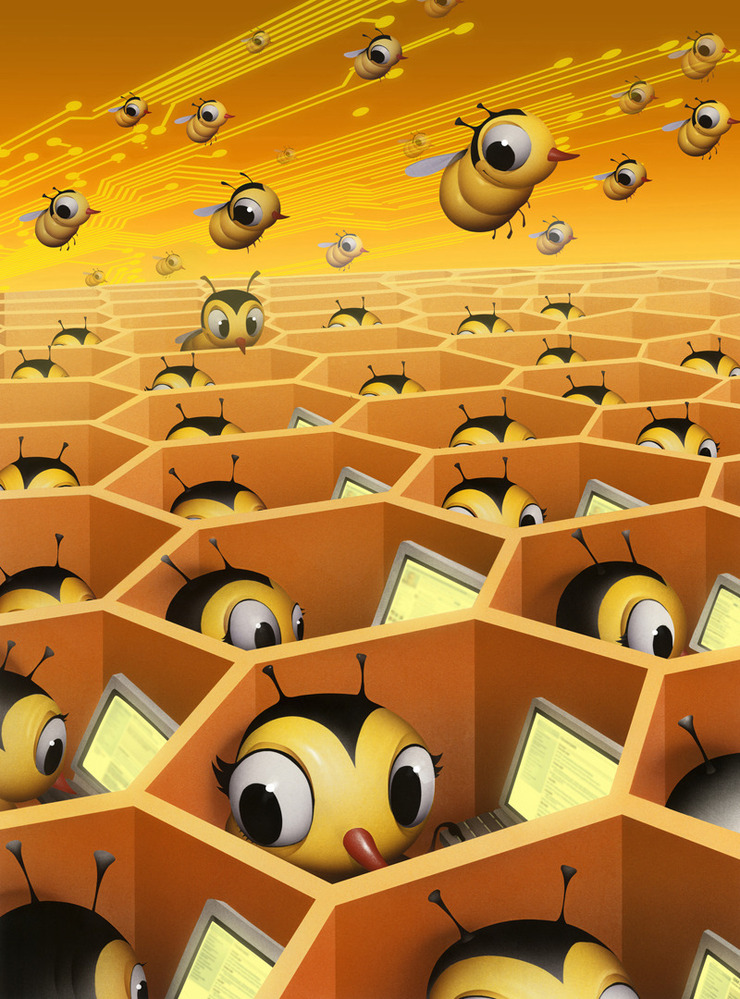 This little illustration was an article for IBM’s series magazine. It seemed pretty obvious when you’re using bee hives as an analogy for the work place, then why not put the bees in a honeycomb cubicle? I added some little high tech jet trails to give it a little motion and connection to technology. 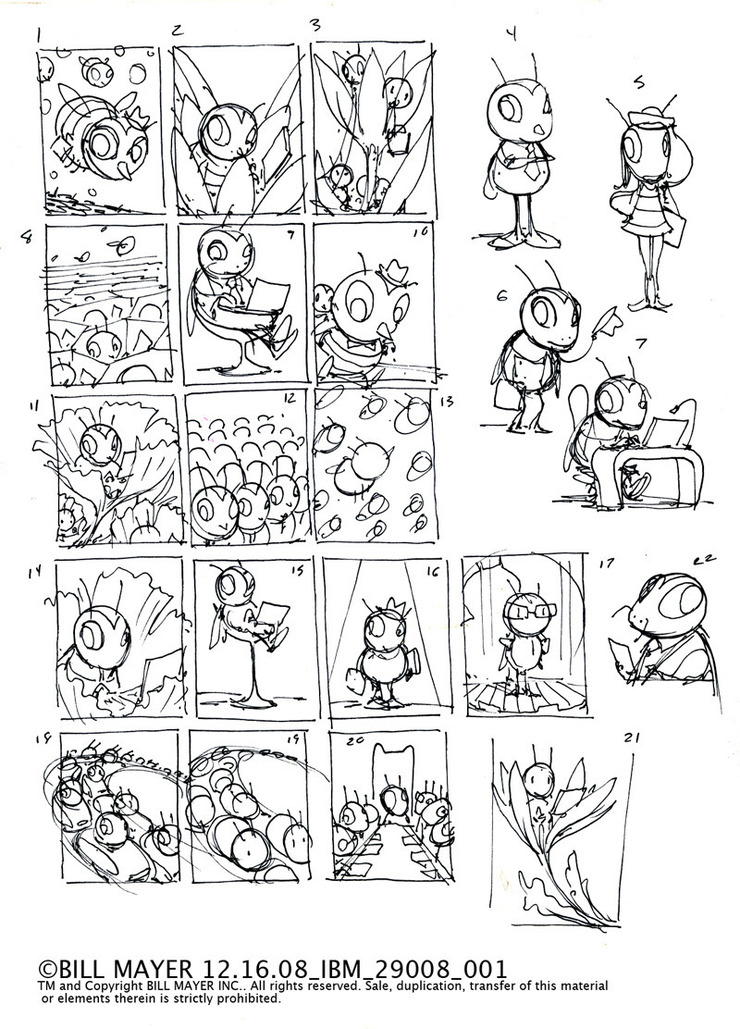 Thumbnail sketches for ideas.. #8 ended up being the one they chose. 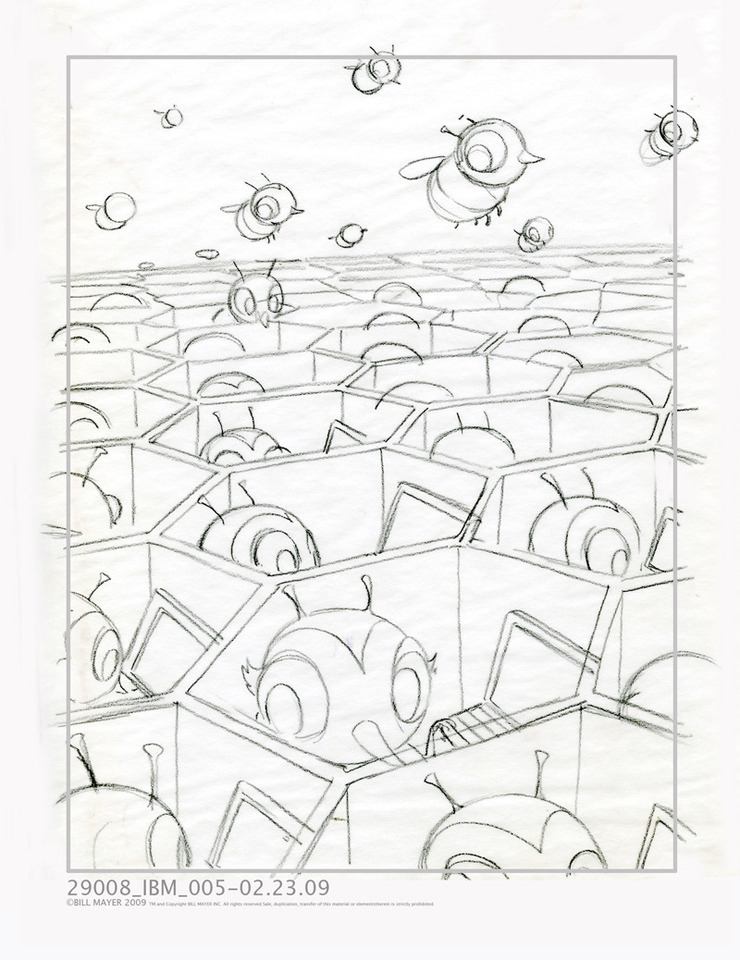 Final Sketch for inside Illustration. 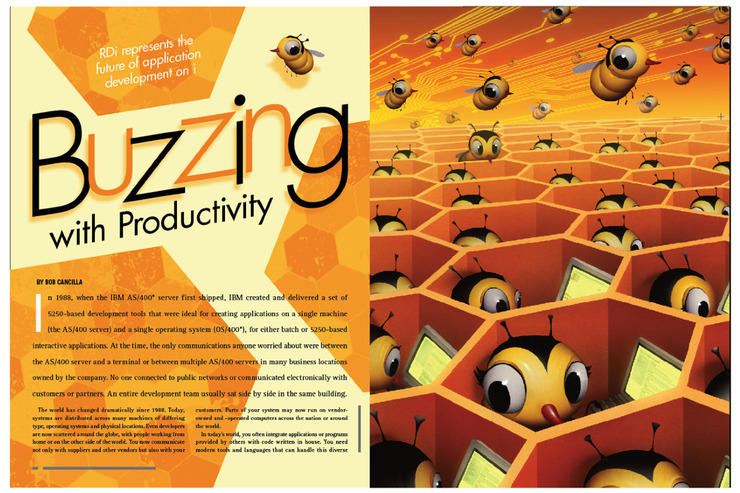