JUNE 17, 2010
Sometimes you come up with great ideas ,sometimes it's your grand kids that come up with the ideas and you just steal them and put them down on paper. this idea came from my grandson Forest who has been helping me around the studio for a couple of years now. I still had to put down a few of my own, the normal 40+ thumbnails...Katie Burk at NPR was the art director, And ultimately gave me more freedom than I am used to having on jobs. 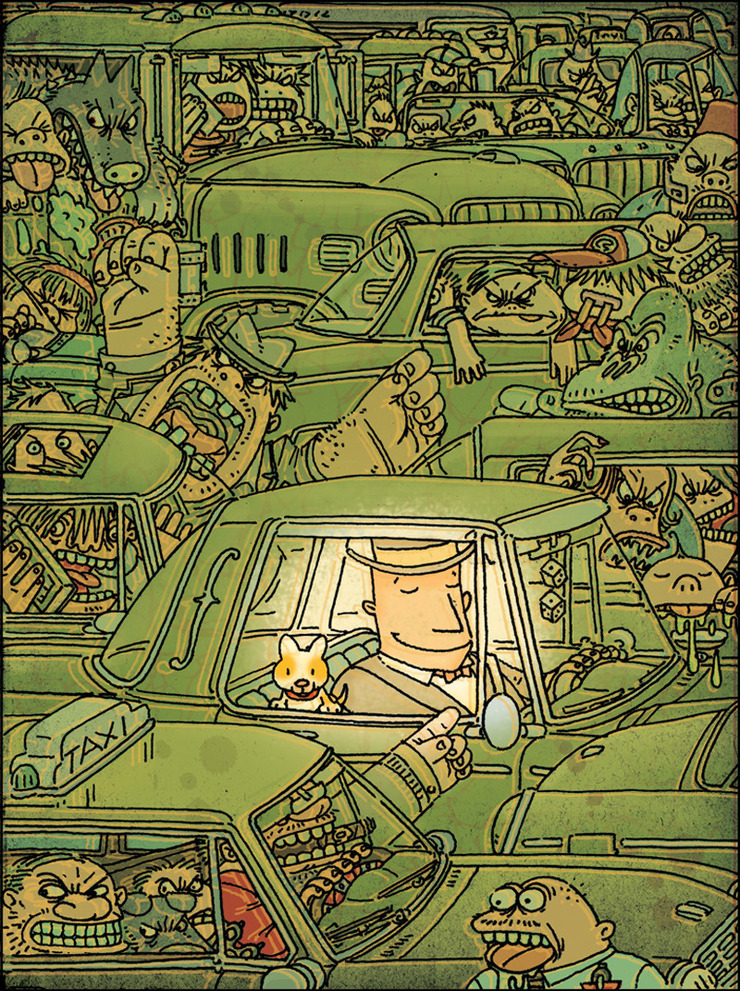 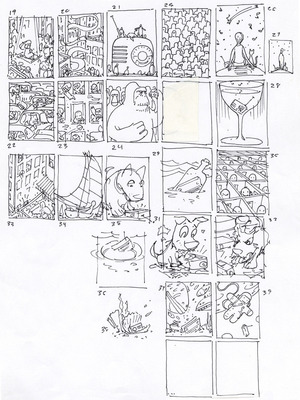 The NPR calendar ideas were in all different directions, but the ones they seemed to gravitate toward were the ones that were chaotic, with the broadcast creating an oasis of joy within the insanity. I really liked the silly abominable snowman...They liked Forest's idea of the traffic. Katie thought it was something most folks could idenitfy with..... naturally © Bill Mayer 2010 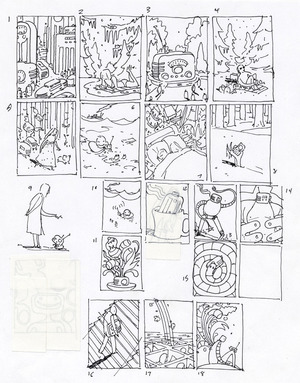 more thumbnails.. the normal "exploration of ideas" sorta stream of conciousness. I  am not really sure why I do so many of these; I guess it is one of my favorite parts of every job. Trying to find just the right fit and tone to make them happy. And yes, it is fun... naturally © Bill Mayer 2010 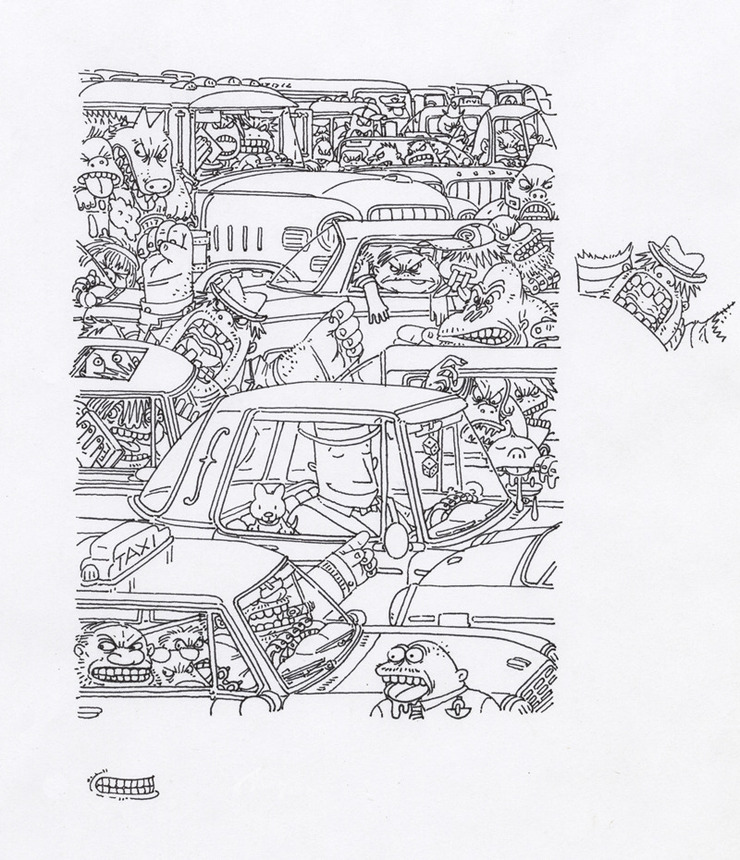 you know, I loved this sketch so much. I was trying to find a way to color it digitally so I didn't lose the spontaneous insanity. ÃÂ© Bill Mayer 20010 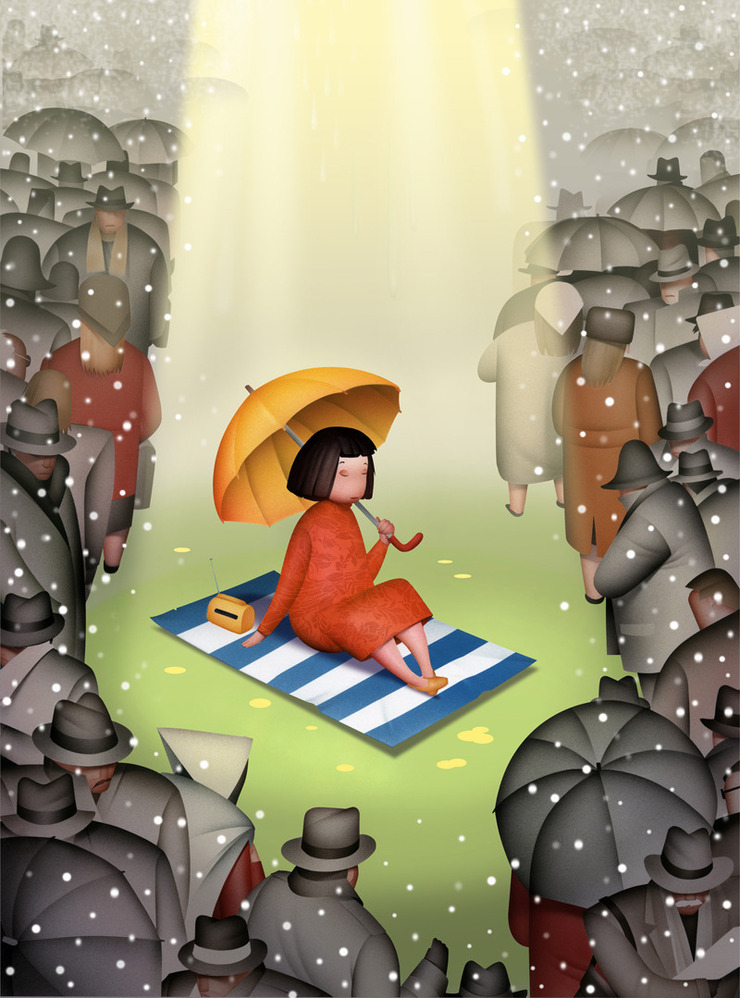