The Monster That Did My Math 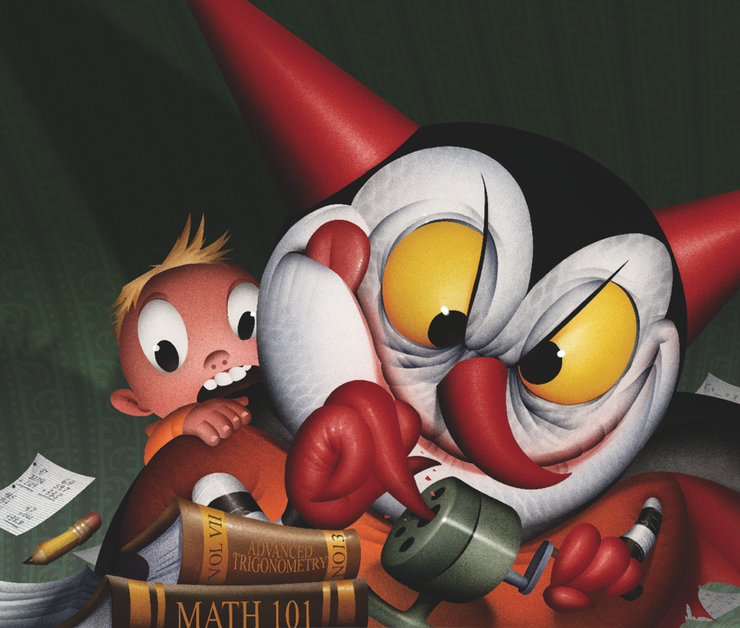 All illustrations ÃÂ© Bill Mayer 2008
"The Monster That Did my Math" was picked by "Georgia Center for the Book" as one of the 25 books all young Geogians should read. This was the first list created by the group in hopes that it will serve as an instigator and stimulus to connect readers to the writers of these books, One of the illustrations was a past Gold Medal Winner in Society of illustrators 2008. It's a great little story about a little boy that makes a deal with a monster only to realize that everything comes with a price.

Danny Schnitzlein’s wonderful book was so filled with great imagery, that I can’t really take all of the credit for these little illustrations. He is really quite a genius. He made it easy for me to come up with these crazy illustrations. The globe-like head and sharp pointy teeth, even down to the number line tail, are all in the story. The large open cape was designed originally to hold all of the text that accompanied the illustration. ”Boo hoo,“ growled the monster, ”I’m feeling your pain. This awful arithmetic is draining your brain.” 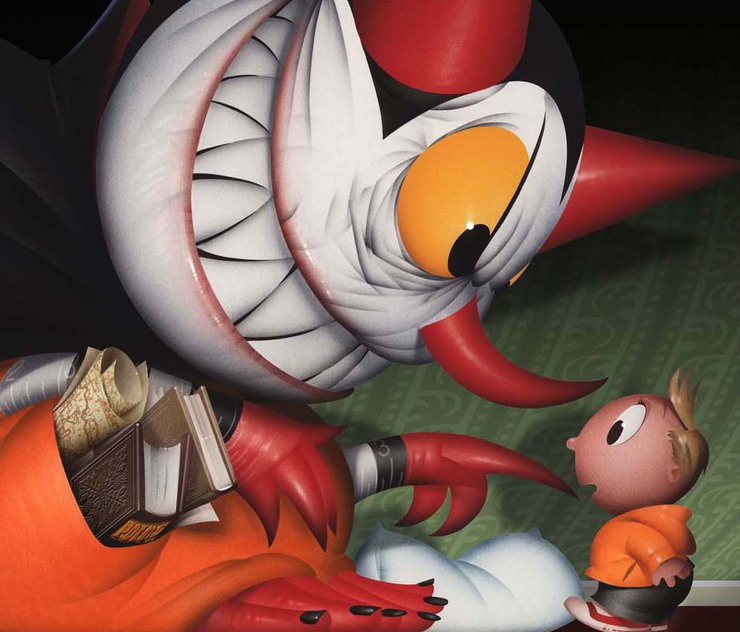 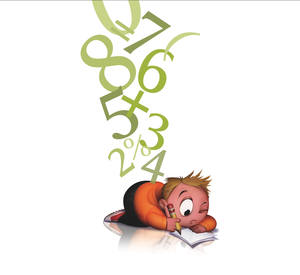 This little spot was designed for the title page, When it appeared in the book the art director had stripped it into a colored background .I always liked the way it appeared on white.