The Good , The Bad and The Ugly 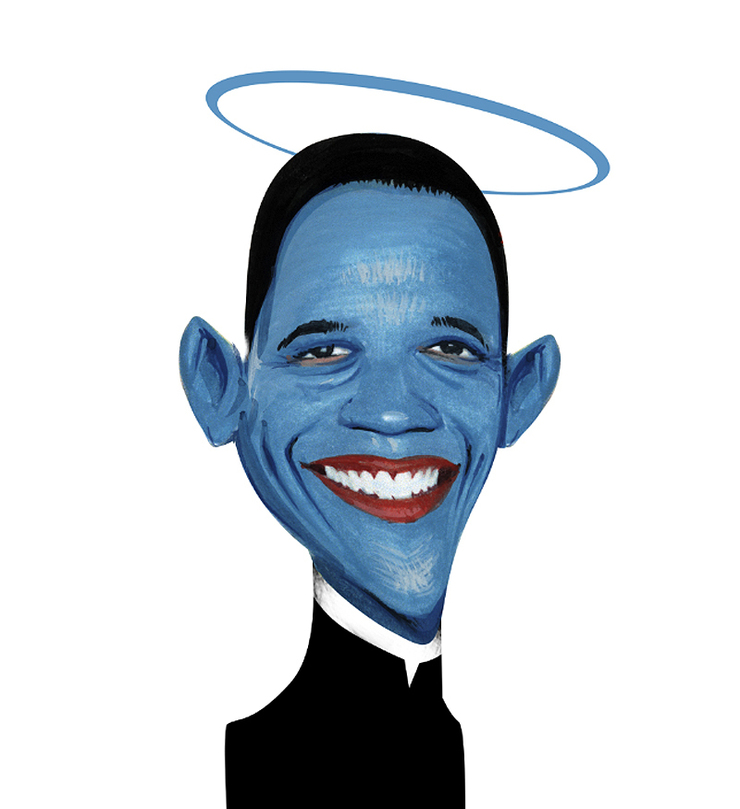 the good...ÃÂ© Bill Mayer 2010
On a side note: Obama was blue, because he started off as the multi armed Indian God, "Kali." It was going to be another little gouache portrait, with the necklace of skulls, and the heads of "The Axis of Evil" on His belt. A very time-consuming illustration abandoned temporarily for paying work; And maybe abandoned permanently now that someone did the same thing (kind of) on the cover of NewsWeek. 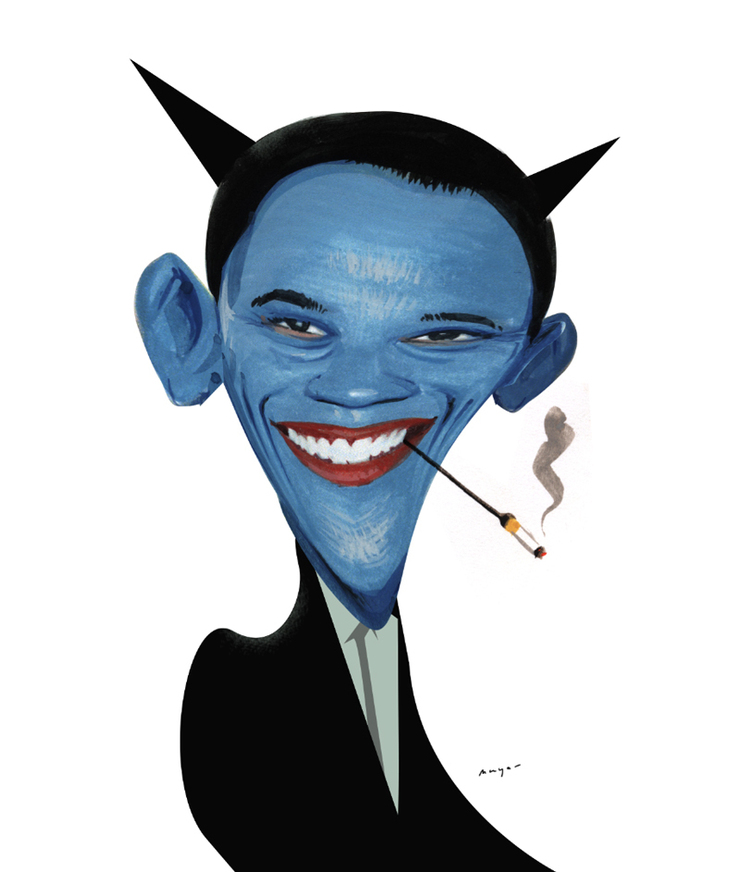 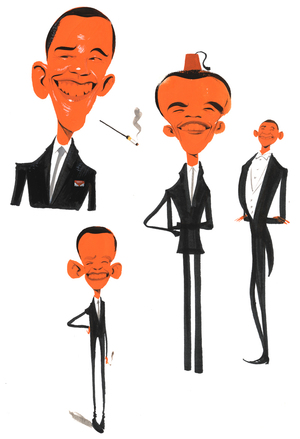 Been trying some more caricature illustration, something that always gave me trouble. Looking through my book the other day, noticed there was not much in the way of caricature. Not from the last few years anyway, I think it's because all of the work I do, I draw from my head. So, I wanted to take a little time and try something that's not a bug or a monster... Here's a little thumbnail page of the gouache sketches, and some enlargements to follow. Practice, practice... in the words of the the great Conan The Barbarian, (from Nietzsche, I think) "If it doesn't kill me it will make me stronger"
All Illustrations © Bill Mayer 2010 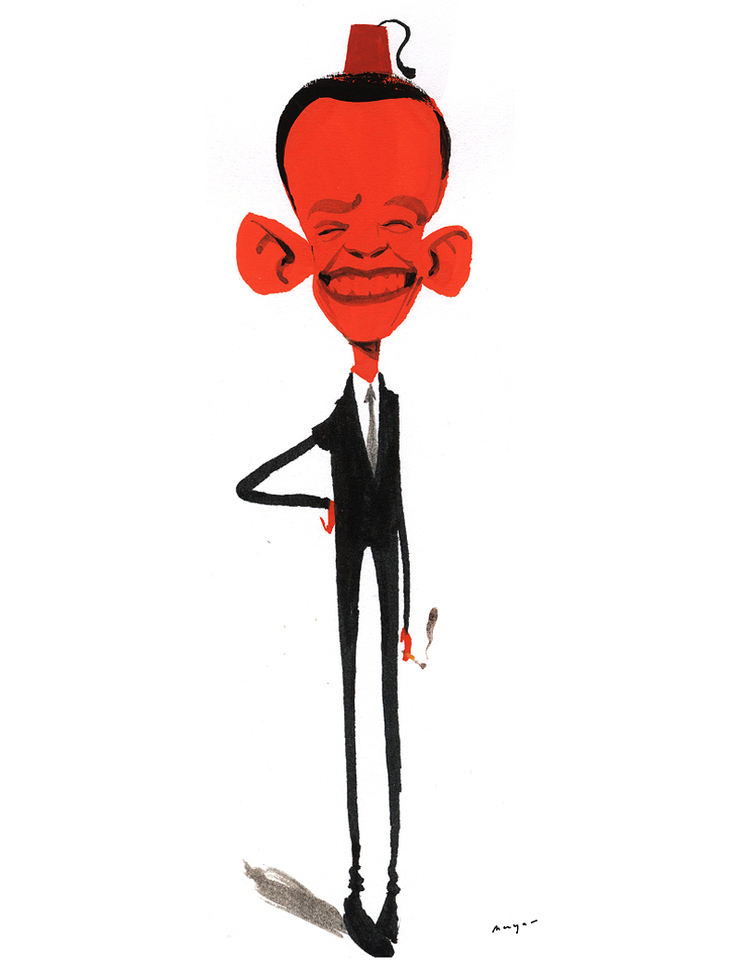 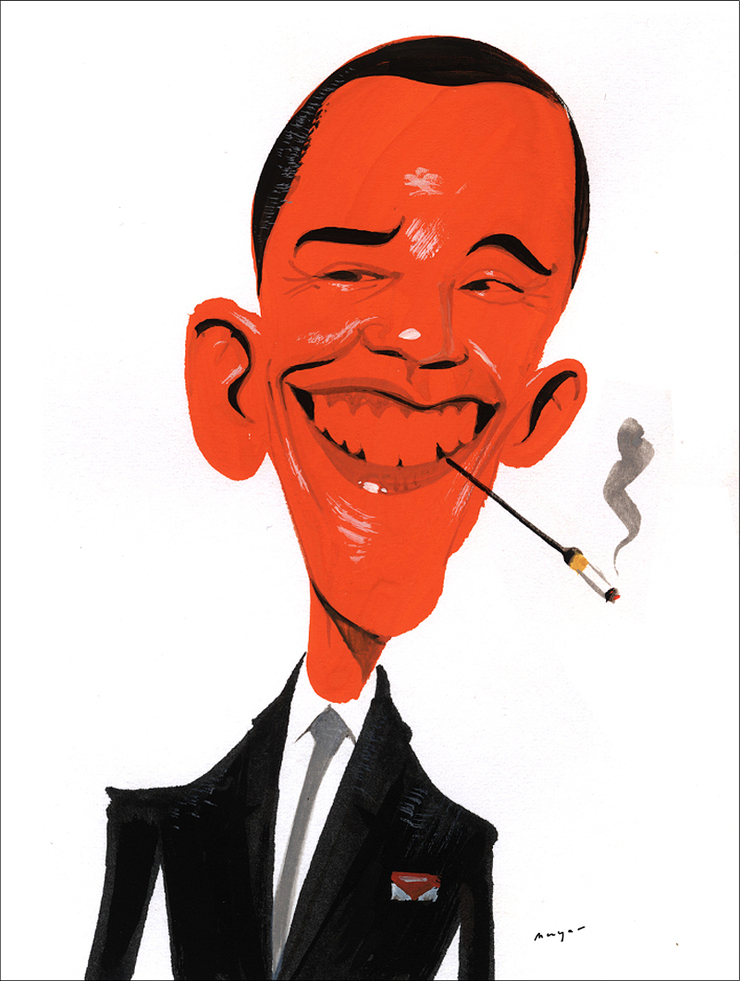 While working on a new business pitch for Y&R, I did these little New Yorker-ish line drawings. They wanted a kind of New Yorker direction... and I'm not sure that I can actually show anything from the new biz stuff... But these were a few of the drawings that spawned themselves while waiting for input from the art director. Always loved black line and solid black, so strong, graphically.
-Bill