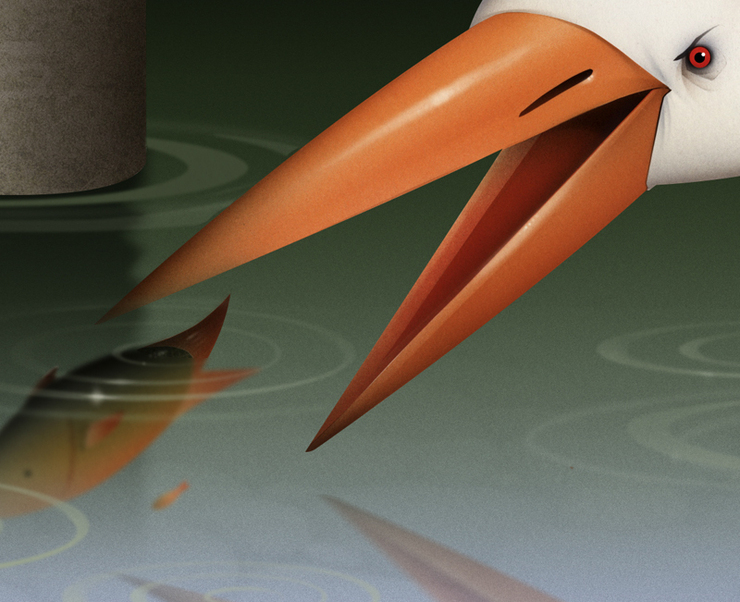 a little tighter so you can see the texture and reflection..ÃÂ© Bill Mayer 2012
Once in while you have a illustration you just can't seem to wrap you head araound . This one just hit me in the head like a hammer. None of the ideas were working, the odd long horizontal was something I don't do much but i just kept throwing the pen at it. None of them made any sence at all...Nothing was working at all...."Surprisingly flexible—cash balance plans are more flexible than people perceive."Finally SooJin sets me on the right track "I think we need an idea where there's an obstacle. And somehow the character's flexibility is making them overcome the obstacle.," and we're off and things are working. these thumbnails had atleast some real potential. Part of the concept was to show some obstical in the way but something going around it to still acoplish the task. Now this made it easy. A new set of thumnails and this time I used the odd shape to push the concept. 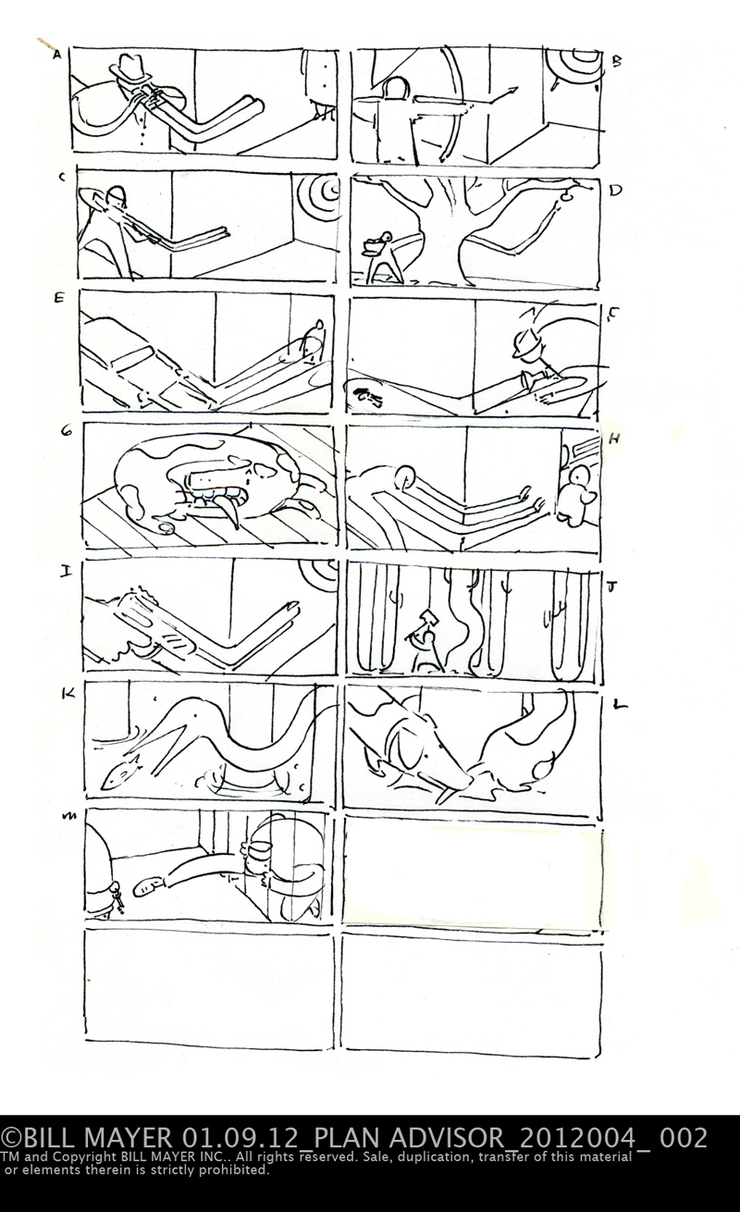 ÃÂ© Bill Mayer 2012
I blew up the thumbnail and started drawing.Lee thought it might look better if the obstacle was something natural...Worth a try.... WTF I think I have forgotten how to draw too. Scrap this one and Back to the very simple thumbnail. Keep it simple. I liked this one  much better and SooJin agrees. 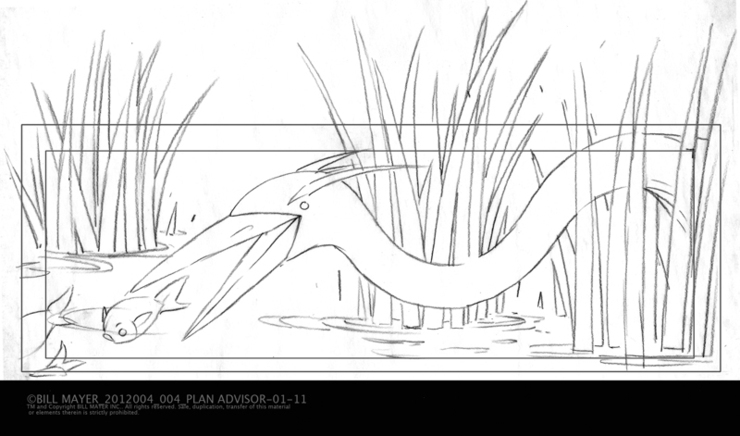 Much simpler , like this one a whole lot more...ÃÂ© Bill Mayer 2012
I wanted to keep a very neutral pallet some simple water and blurring the fish under the water, nothing complicated.simple execution too.I flopped in some texture on the pilings and I almost forgot about the reflection of the bird. Goñi Montes pointed that out when I showed it to him. A little subtle touch but needed to be there. I sent a low rez off to SooJin, she liked it too...."Thank you very much!I like the reflection and added texture.Will run with this version. sJ" I like it too. 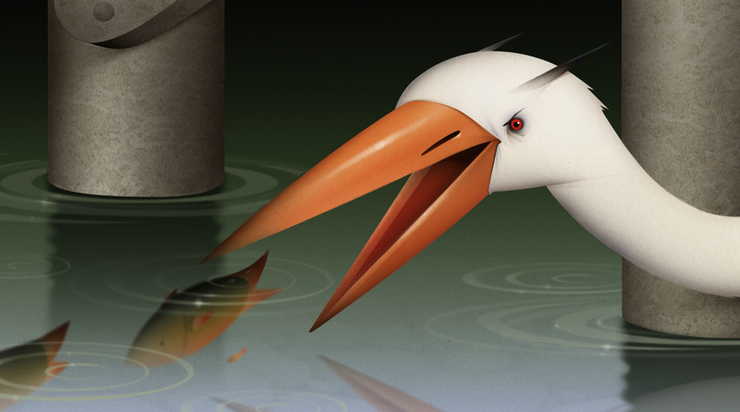