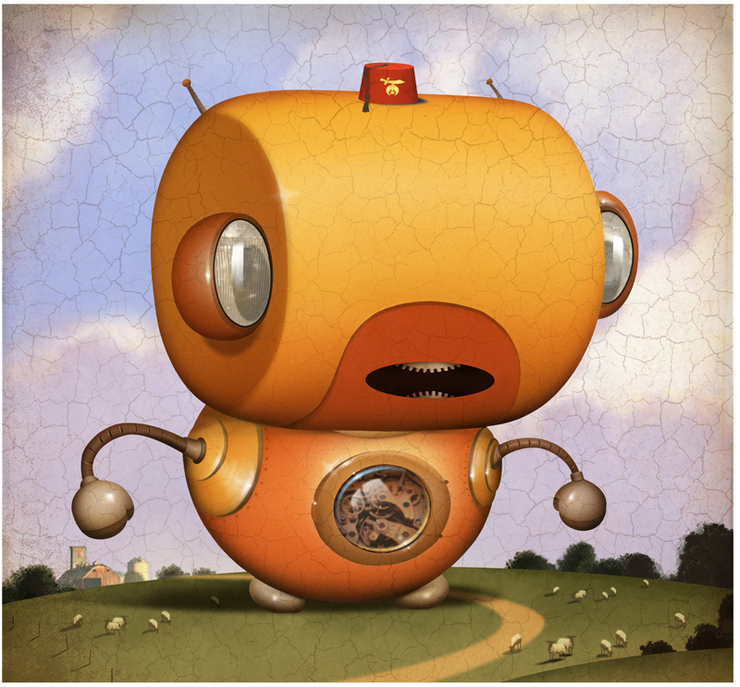 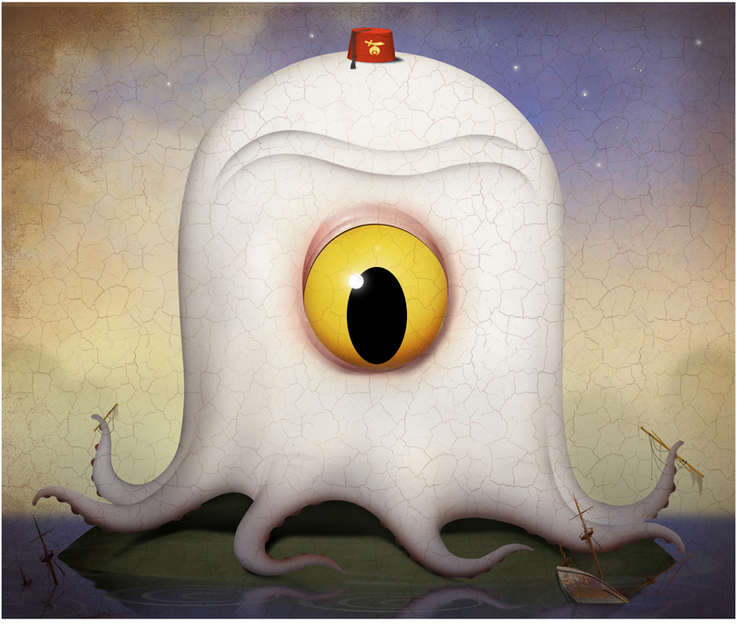 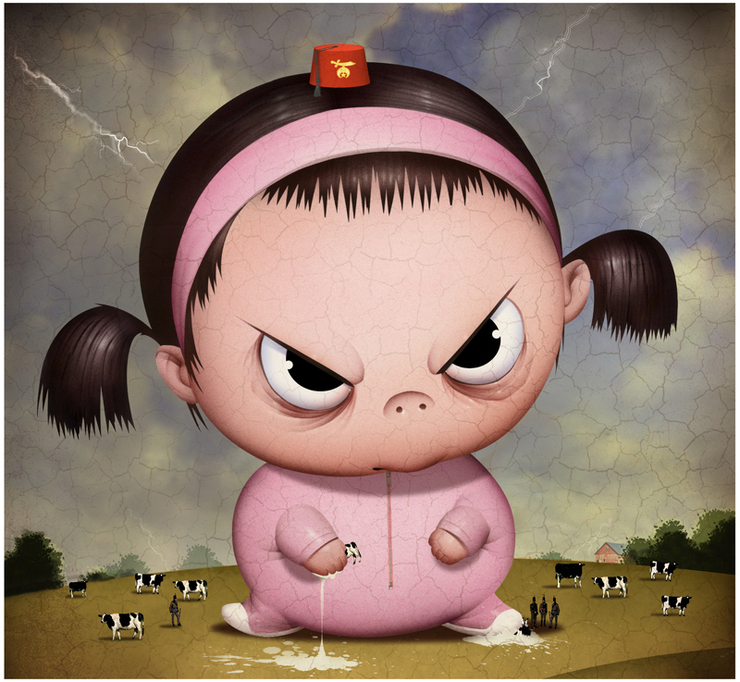 I liked the original two monsters so much that I decided to do more in the same line... one thumbnail, one sketch, one final. the original two are here -> http://drawger.com/billmayer/index.php?article_id=13445
Some of these turned out pretty interesting.. maybe a story to connect their paths and give them some purpose... Maybe something like this

In a land in the far far North there was born a lass a big as Olde Knapp McGregor's barn. They called the beebye, Wee Pippie. No one quite knew why, as she were as big a lass that had ever been seen around Cramaché, and spoilt' she was too, as much as any child that had ever been. Pippie had a wee accident one day , when her God parents Uncle Fudd and Betty Byrd ran out of milk and Wee Pippy set upon a mission to make some milk of her own from poor Mrs. Shire's Dairy cows...A small group of volunteer Tartan Soldiers were dispatched to help remedy the dire situation. But alas they arrive seconds too late and stood in horror and watched the giant baby tried to squeeze milk out of the cow. A huge kerfuffle ensued with orders being thrown about and several cattle inadvertently lost before the Tartans could be herdn' them into safety...When they took the cowies away, Wee Pippie cried and stomped her feet causing a small town near by to collapse." Now that's my wee brae Pippie" Fudd said trying to console the little beebeye ," Now wouldn't ya rather come home for some neeps and tatties?"