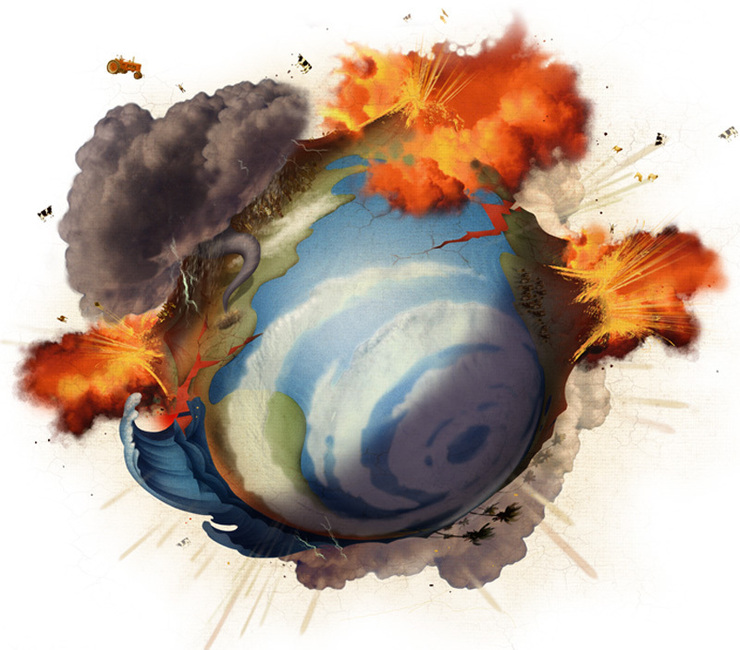 THE ACTS OF GOD THEME PARK
All of us have been stunned by the frequency and ferocity of the recent storms and catastrophes that seem to be plaguing our fragile planet. A few days ago I did a piece about Sandy and to me it was more than just that. It was like a metaphor for all of the serious problems facing our world today. I sent that piece around to a few art directors to try and find a home for it and while it didn't find a place yet, it did generate a few new jobs like this one from The New York Times. This is really Mihn’s idea, to have the planet coming apart at the seams... " THE DISASTERS, (EARTH QUAKE, TORNADO, HURRICANE, TSUNAMI, SNOW BLIZZARD, THUNDER STORM, FLOOD, VOLCANO ERUPTING, ETC.) TRY TO VARY THEM IN SIZES. SOME CAN BE CLOSER AND LARGER IN THE FOREGROUND. OTHERS ARE HAPPENING IN FORE GROUND AND BACKGROUND. . Literally everything you could think of thrown at our little fragile world. This was Wednesday late after noon and the art is due Friday 5:00 no later so I tried to steer him to a more conceptual direction. Just because of the short time. I showed him a few ideas maybe a frightened face or a skull superimposed, but he was insistent on the planet with the storms and stuff larger than life. I told him I thought it would have to be scary to keep from looking like an “Acts of God Theme Park” and we laughed. Maybe there is one of those near Dayton, Tennessee ( home of the Scopes Monkey Trial) just off the “William Jennings Bryan Memorial Highway." (And incidentally close to some of the best fodder you will ever find at “Waycrazy's Bar-B-Que" in Soddy Daisy, Tenn.) I am thinking as I write this I definitely should have included the Plague of Locusts and the Zombie Apocalypse…But what the Hell… There can always be a sequel.
So rules? Cold Calls Work… I emailed three folks and, got two jobs and a “been meaning to use you, be back in touch later in the year…” And there’s always a good Bar-B-Que Restaurant just a little drive up the highway….
Uh, let’s see things I was thinking of when I did this Illustration. John Hendrix/King of Disaster could probably do it better…Those Disney books on the early life on our planet Earth…. When the Death Star blew up….and How am I going to make this funny? I guess nothing funny about this problem.... Big Thanks to Mihn Uong, always fun working with you, again... 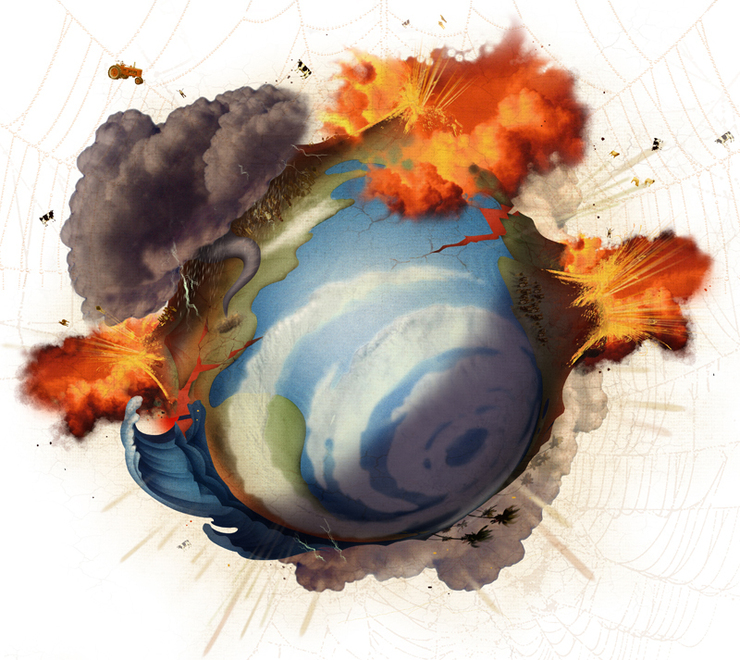 Here's the way I did it originally, with a faint little spider web in the white areas. I thought it added something conceptual because of the nature of the article and subject matter, profiteering. Mihn had me take that out because he felt it made the world look smaller. 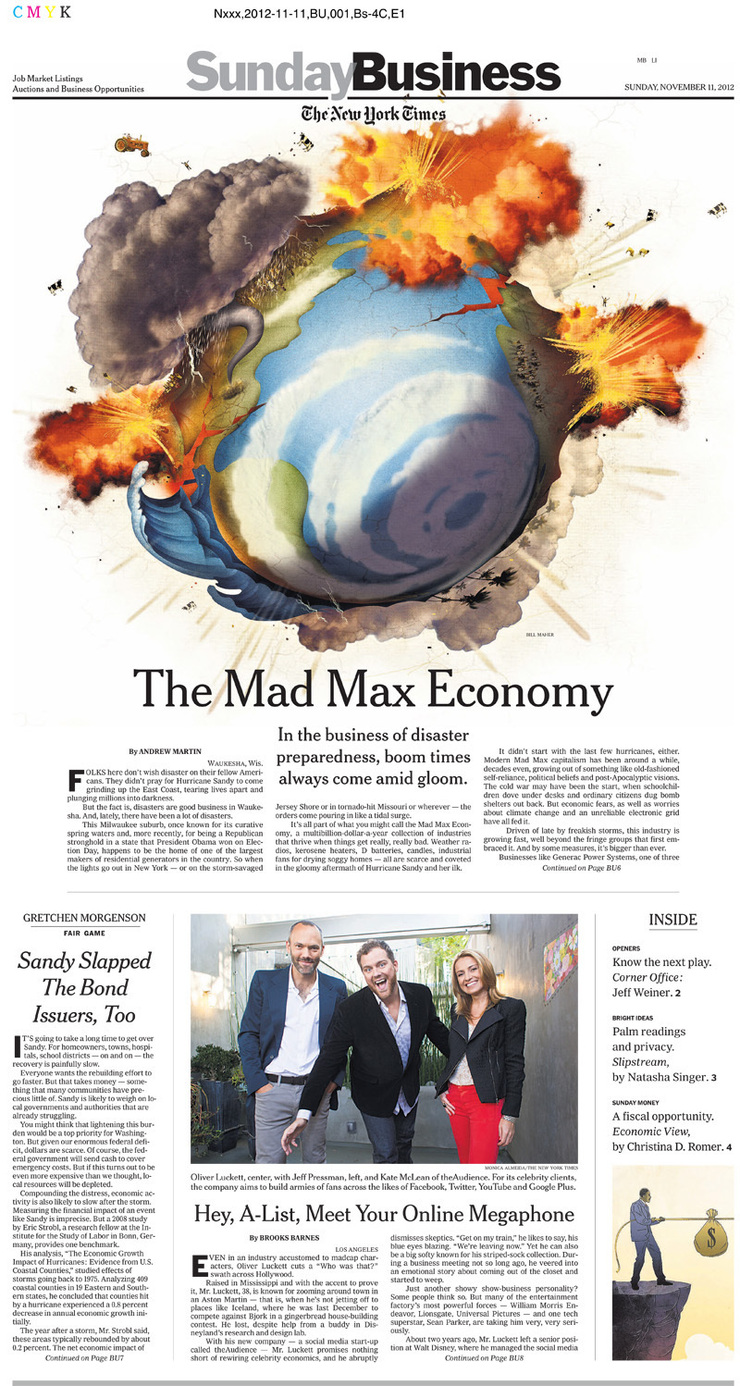