Chan Chu and The Peaches of Imortality... 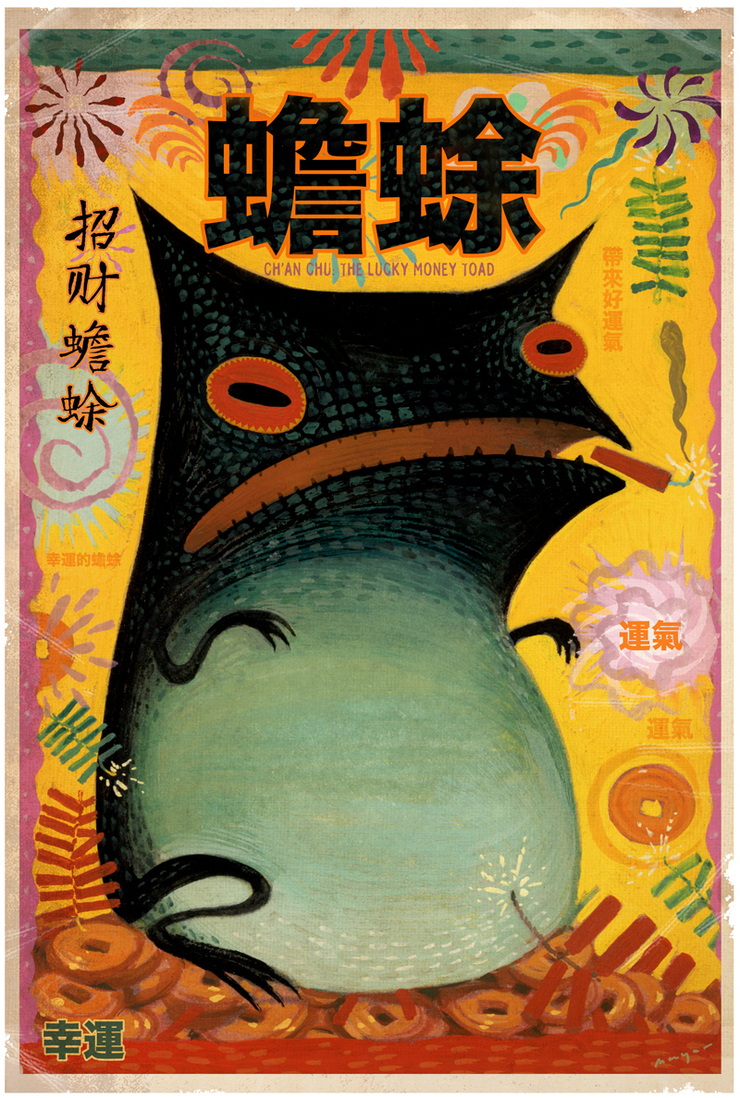 The Lucky Money Toad ÃÂ© Bill Mayer 2013
Every year for as long as I can remember.... the first thing I do on January 1st  is to write Jim Burke and see if I can again talk my way onto the line up for Dellas Graphics Calendar. Always (so far) he has reluctantly conceded. This year we had been in the city for the shows at SI and were walking around looking for those great little shops only New York has, when I stumbled on a window that had a huge statue of Chan Chu. Chan Chu, or Jin Chan was the wife of a little known demigod, who stole the "Peaches of Imortality." As punishment for her offense she was turned into a three legged toad. She is always depicted on a pile of Chinese coins. Rumor has it this mythical creature is said to appear during the full moon, near houses or businesses that will soon receive good news (most of the time, the nature of this good news is  to be wealth-related). This seemed a perfect visual for the calendar. It was Lee's Idea to make it into kind of a crazy firecracker package... So perfect. 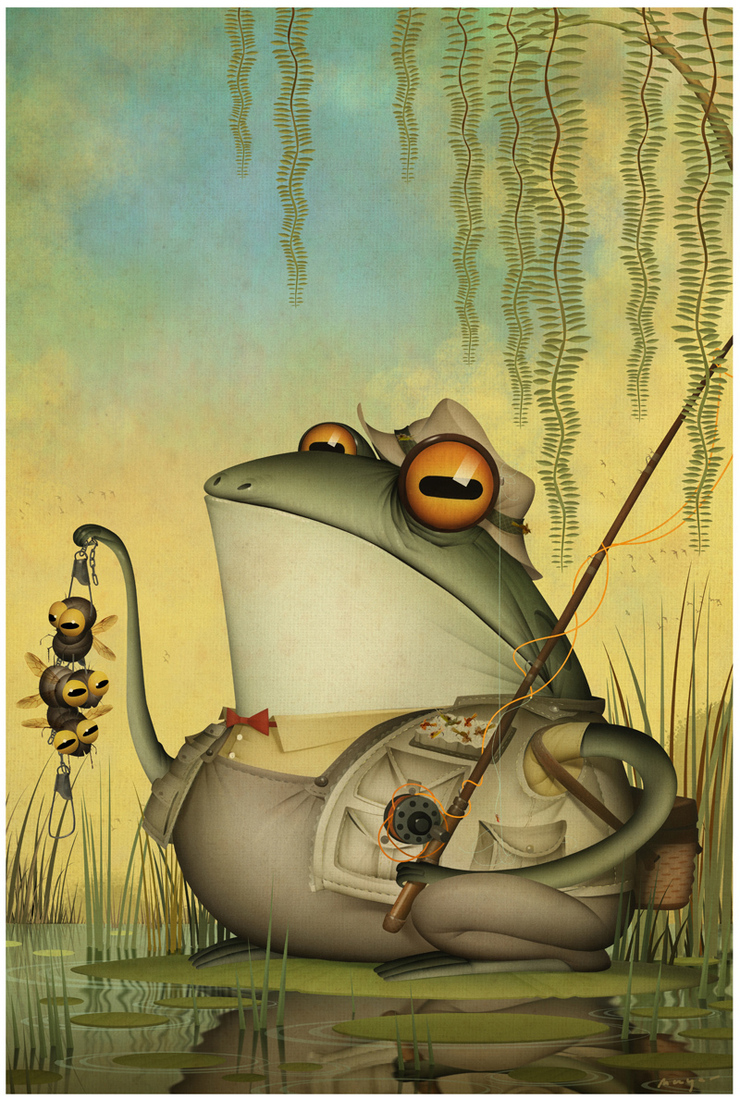 ÃÂ© Bill Mayer 2013
I let Chan Chu sit around for a couple of months and knew it was getting close to the deadline so I emailed Jim to see when the art needed to be there. I had gotten busy on commissioned work and just sort of forgot. He emailed back we had a couple of days. I was caught up waiting for approval so I sat down and thumbnailed off another idea. Okay it's a bit silly, yes but a frog fly fishing seemed to scream out for a stinger of flies. Nice fat ones! juicy delectable morsels. I did a sketch and jumped into final. This one turned out just as well I think. Well, completely different. Thanks so much Jim Burke. It's always such a joy creating these little guys with you. You are a true rock star of an art director.