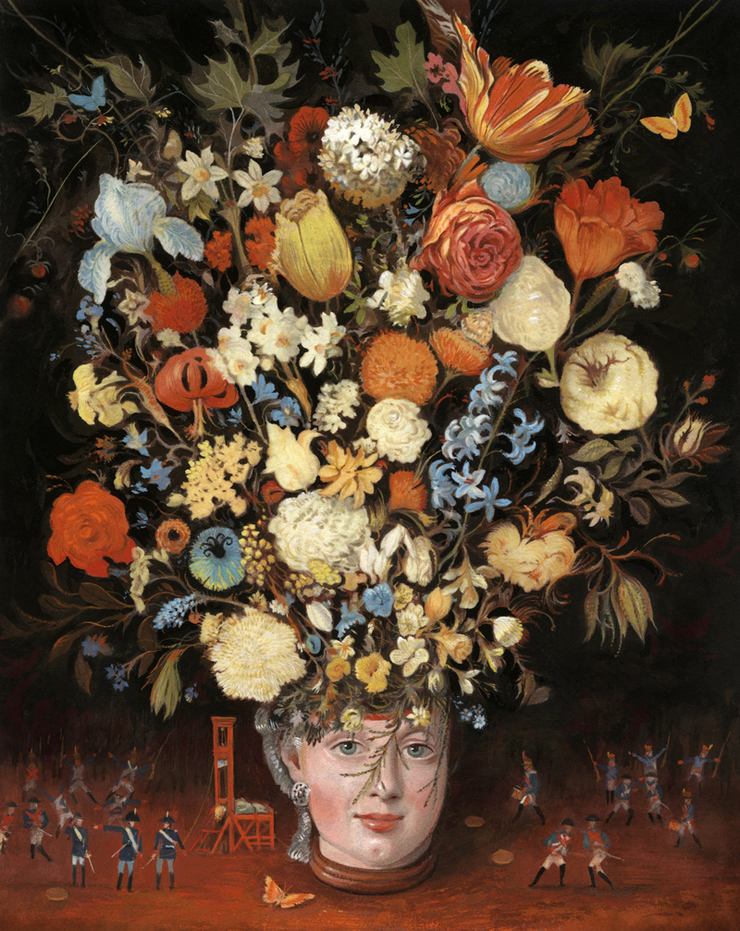 In the first painting I used her head like a vase filled with flowers... Yeah okay a little morbid but I was digging the death and flowers thing. All Art ÃÂ© Bill Mayer 2014
Two new little portraits I was playing around with.

I had been painting a lot of animals lately and thought it would be fun to try some human subjects. Intially I had thought about a typical, headless, portrait of Marie Antionette. Something not quite normal... I had two ideas, and I couldn't decide which I liked better, so I did both. 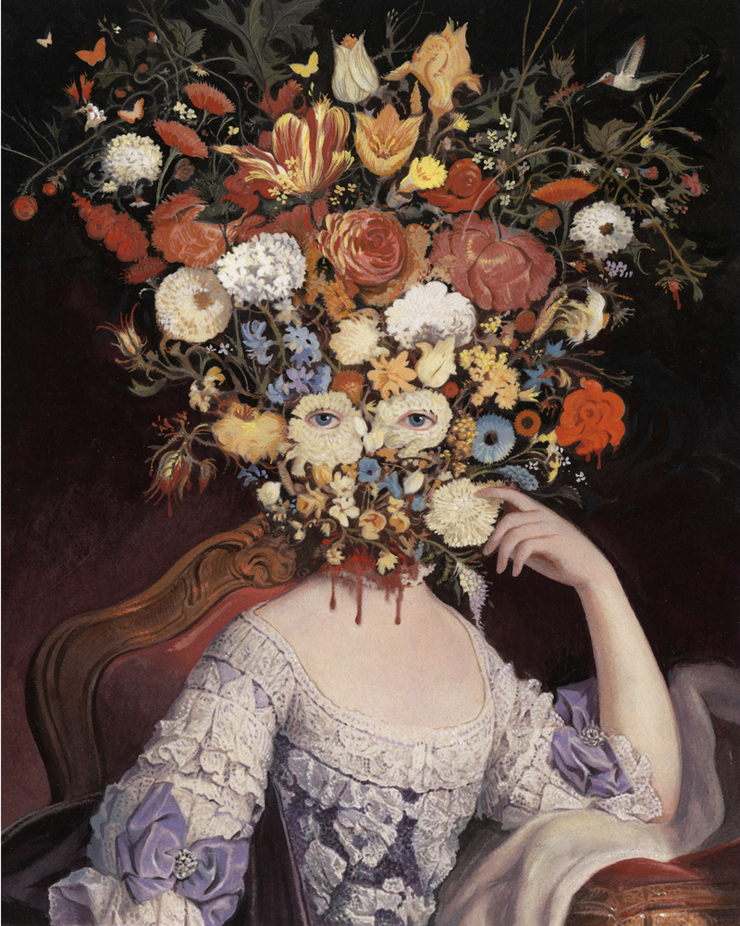 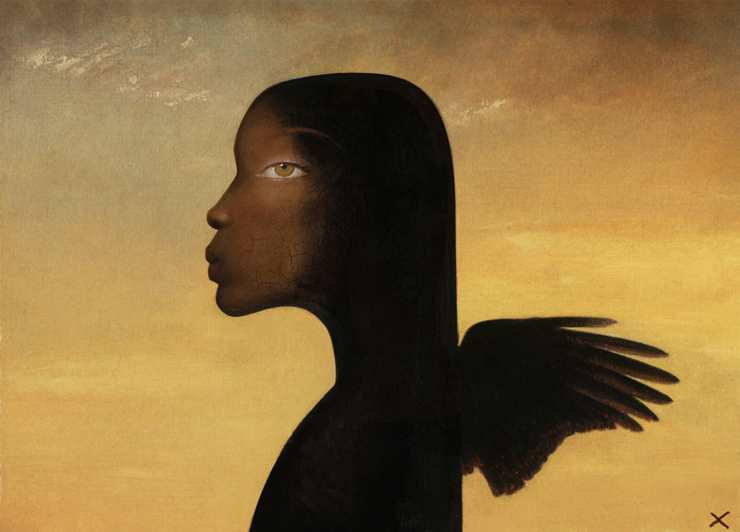 The first portraits were so complicated, I wanted to try something a little simpler. I remembered an image I had scribbled on the back of an envelope I mailed a friend, which was the inspiration for this little portrait of Erykah Badu...  fun little experiment. I will try a few more and post them later.