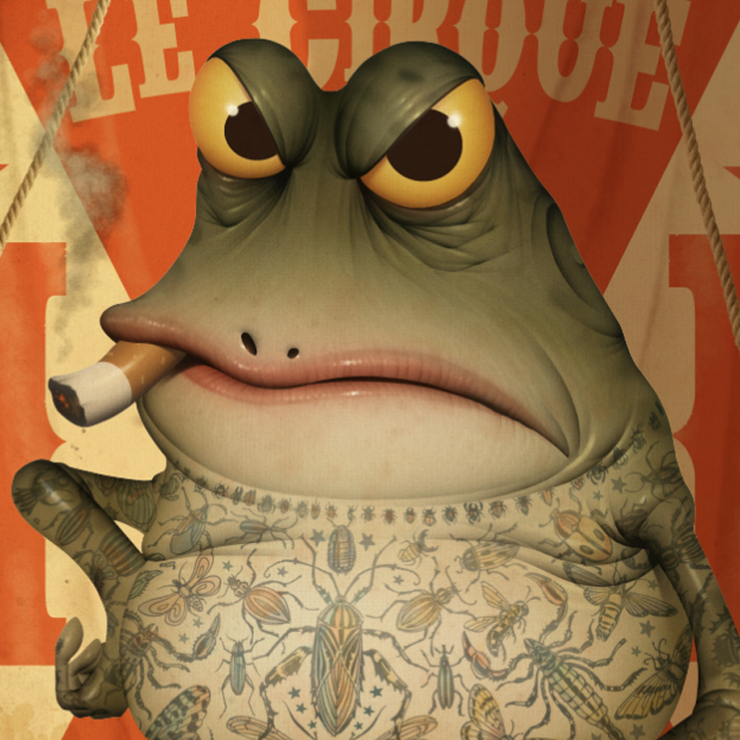 ÃÂ© Bill Mayer 2014 Dellas Graphics Frogfolio
Always the highlight of my year to do another FrogFolio illustration for JIm Burke. Thanks JImmy, for keeping alive... Keep those frogs from Croakin'... This year I was a little busy, so last minute effort. I chose the Tattooed frog, getting a a few more empty spots filled... Deadline Friday the 13th, and it's a Honey Moon.... Super lucky Bull Frog covered in Bug tatts... Much fun! 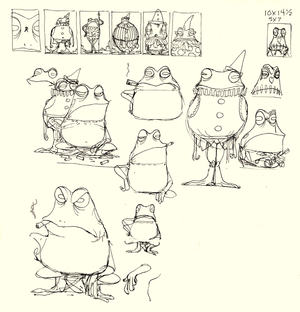 When I started this Illustration I had a couple ideas, but not much time to decide. So I did a dozen thumbnails... Carney Clown and Day of The Dead were top runners up, but Tattooed Frog gets the nod and we're off and running.

I had sketched off the tattoos in my sketchbook but left it on the coffee table at home. so I started this bug version but scrapped it at first because to me it seemed like it needed more traditional, old-style tattoos.

Change my mind again when the traditional tattoos were not reading fast enough as "Bugs". so back to this version.... Had I had a little more time I am sure I would redo them to some hybrid version but deadline is tight. Added details like stains on the tent, a few patches...a little more trash on the ground...and SHIP IT! 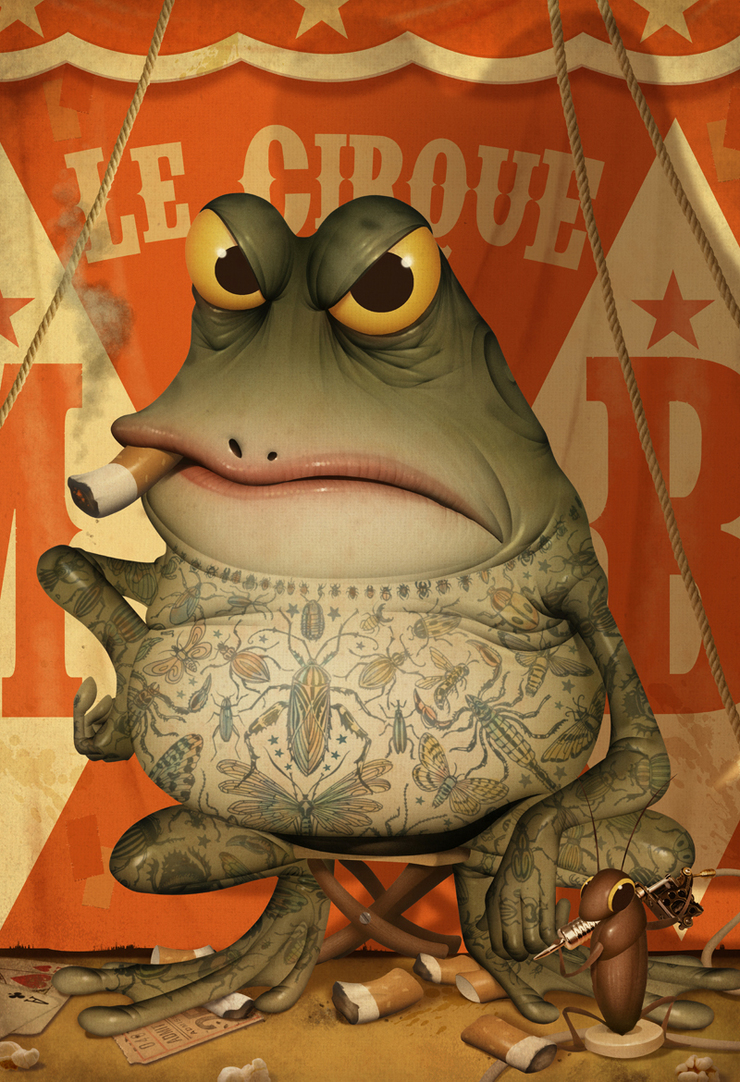 ÃÂ© Bill Mayer 2014 Dellas Graphics Frogfolio
It is such an honor  to be included in such a prestigious melee of talented illustrators, Carl Wiens fabulous robotic frog... so nice...(Chris Payne- Your pieces showed up on FB before I started mine ... lot of pressure, dude !), Victor Junaz, Wesley Albrook, John Dykes, Melanie Reim...so many great artists.