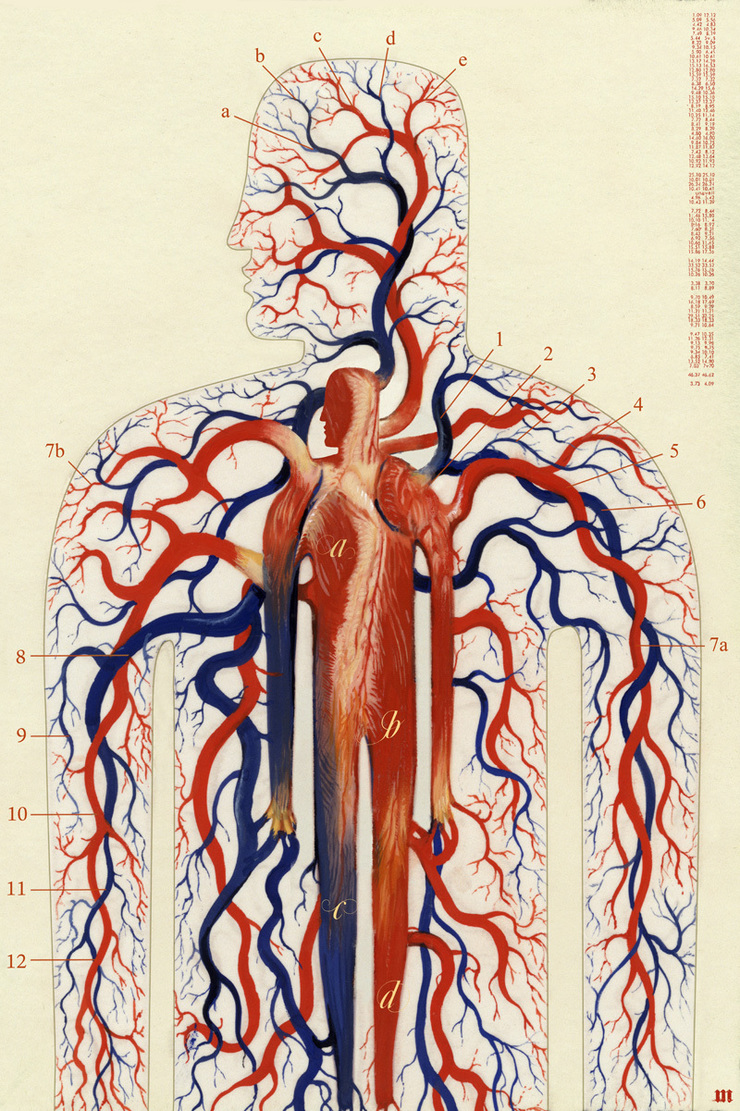 Detail ÃÂ© Bill Mayer 2014 Plansonsor
I love this little piece I did recently for SooJin at PlanSponsor. Such a strange little concept. The article was about the complicated restrictions in regulations in plans around mergers and aquisitions and the importance of retirement plan  conciderations. The final direction SooJin picked was the circulatory illustration. Strange yes, but I think an appropriate solution. I was trying to do a kind of a strange old medical chart-like image but the old type was just pushing it off in another direction that didn't seem like it helped the concept.  It was so much fun working on it, was hard to stop even after the project was delivered. 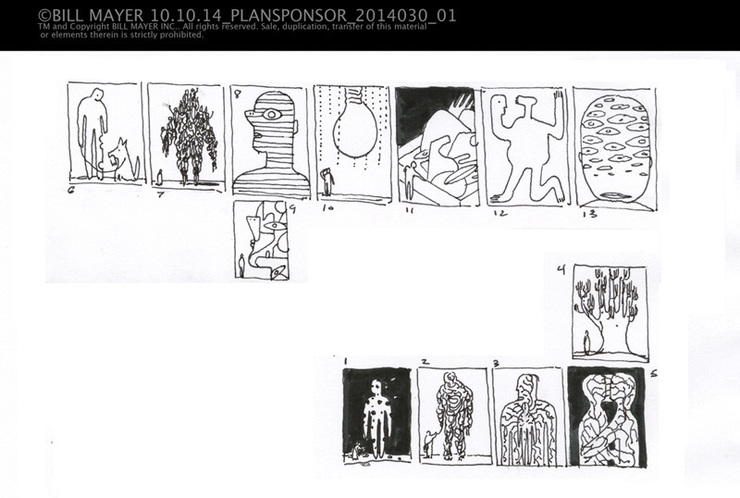 They always start the same way, had some great directions in the thumbnails sketches, couldn't wait to get the feedback from SooJin and see which direction she would pick... I love this part of the job , thumbnailing is so much fun. I have been trying to stop sending so many, and even stop doing so many, but I just can't seem to stop myself. The ideas just flow out kind of like a stream of consciousness.

Miraculously, she finds something that seems to make sense out of these little scribbles. 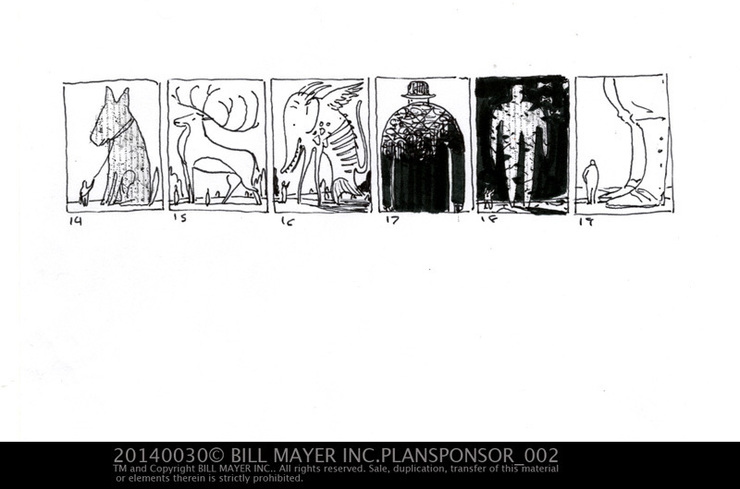 Paint a few color thumbnails trying to work out how to handle the final. My initial idea was to do an old vintage medical poster... but the type was too distracting... 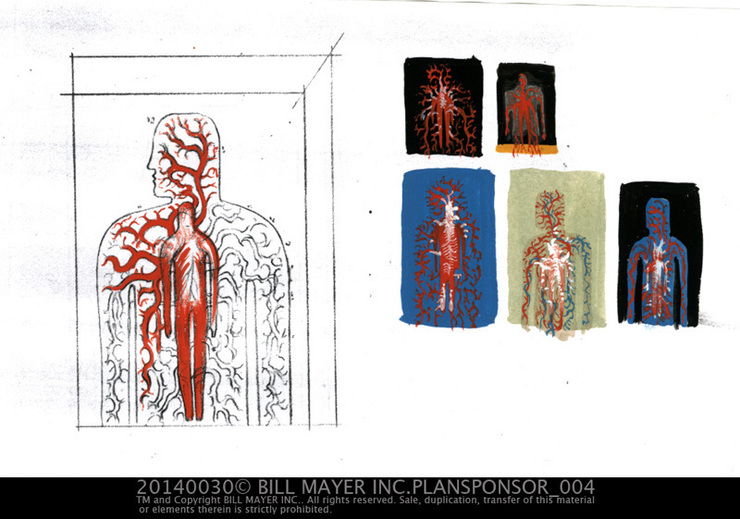 When I painted it I loved the body inside, hidden and more obscure.  To me, it was the way I view mergers. More as one devouring or absorbing the other. When I showed it to Forest and Lee they felt the head of the figure was too hard to read. I blew them off, continued working on textures and trying options with type. When i sent it to SooJin she said it was beautiful, but she needed to see the figure in the center faster for it to read as a "merger"...
Damn, I hate it when Lee is right. But I eliminate some of the veins around the figure and change the head to be more obvious. Still works. I throw away most of the type and just use some watercolor paper with torn edges... It works. 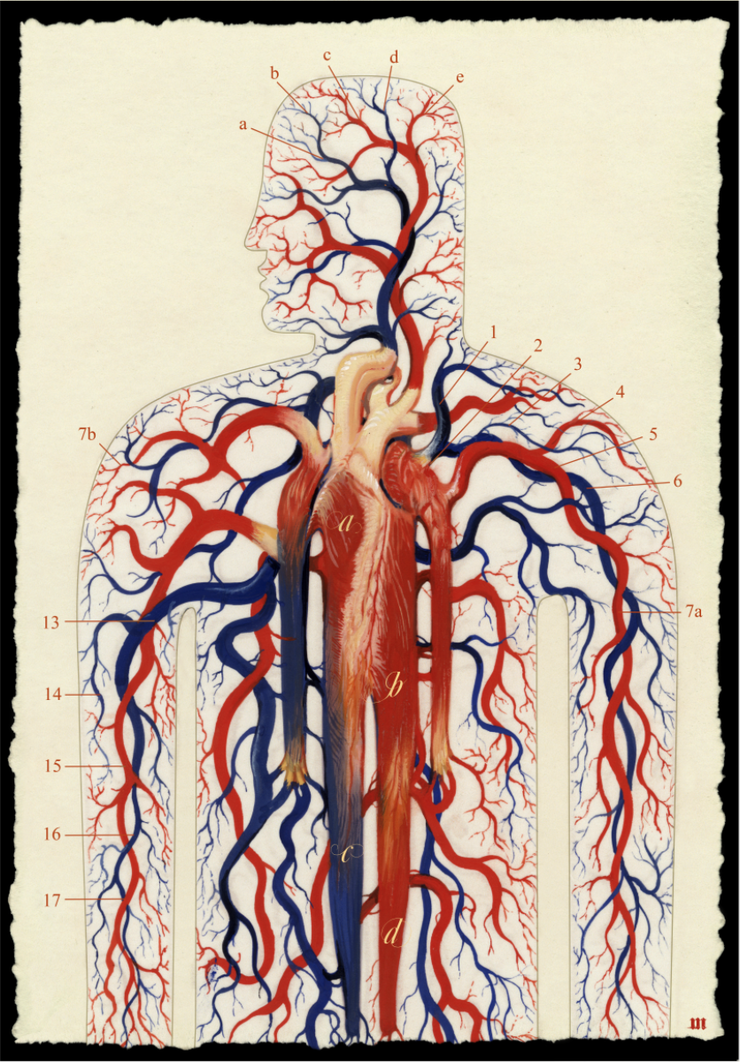 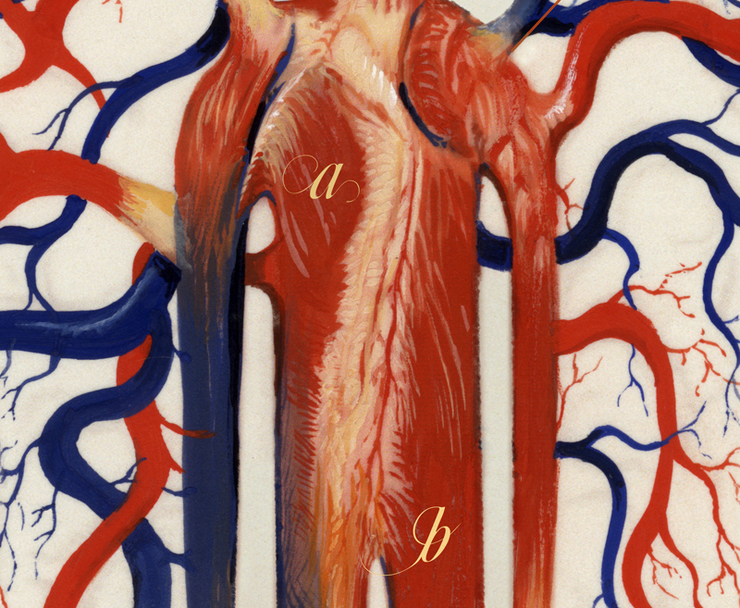 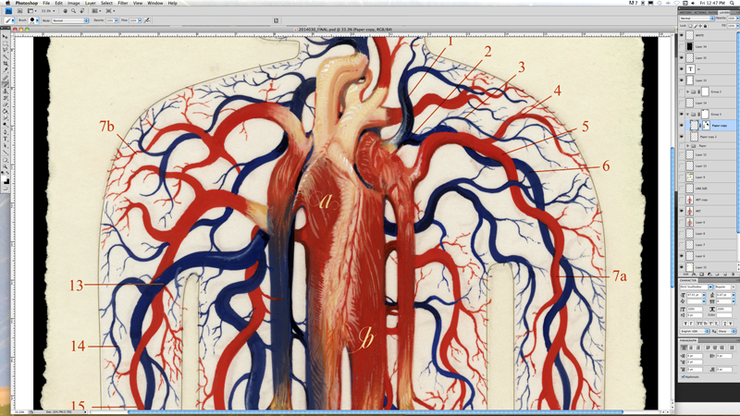 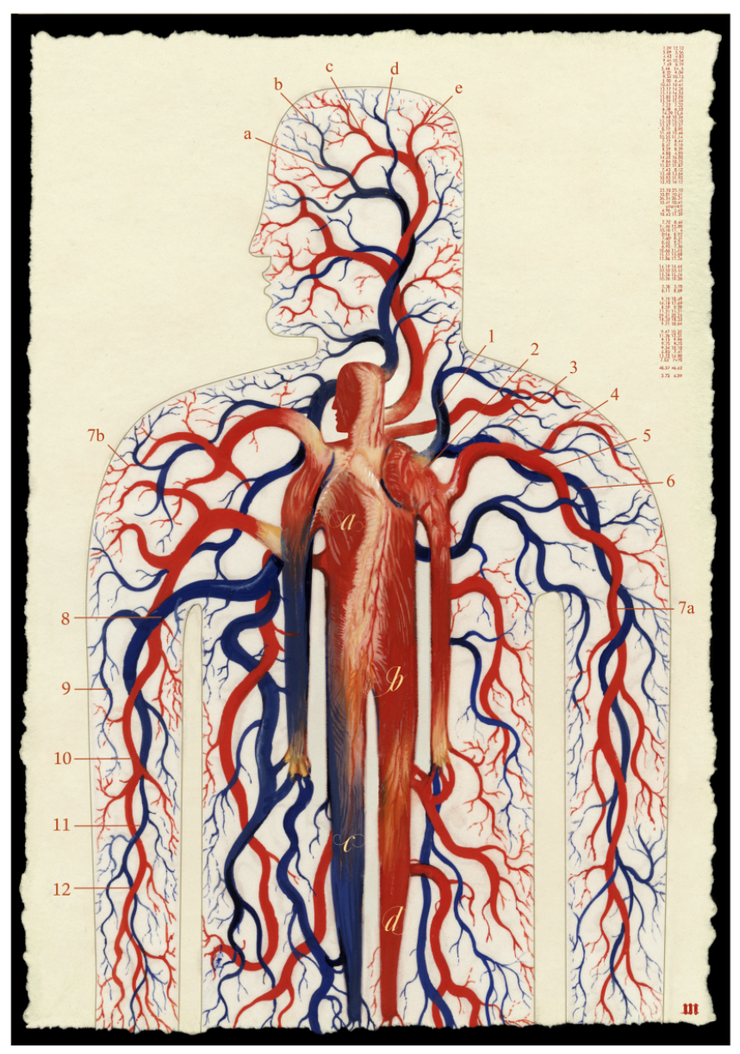 ÃÂ© Bill Mayer 2014 PLANSPONSOR
I had finished the art on Friday and let it sit over the weekend. When I came in Monday I looked at the color comps and tried to see what it would look like in another color direction.... I sent them off to show SooJin. I think maybe it was too late to look at any alternates. Time was gone. I sent two versions the original and the blue one. I am guessing I will find out in a month or so which one she used. My bet is the original. Forest says I am worrying about it too much. The original looked good. Me, I just always want it to be better. Thank God for deadlines or nothing would ever get shipped! 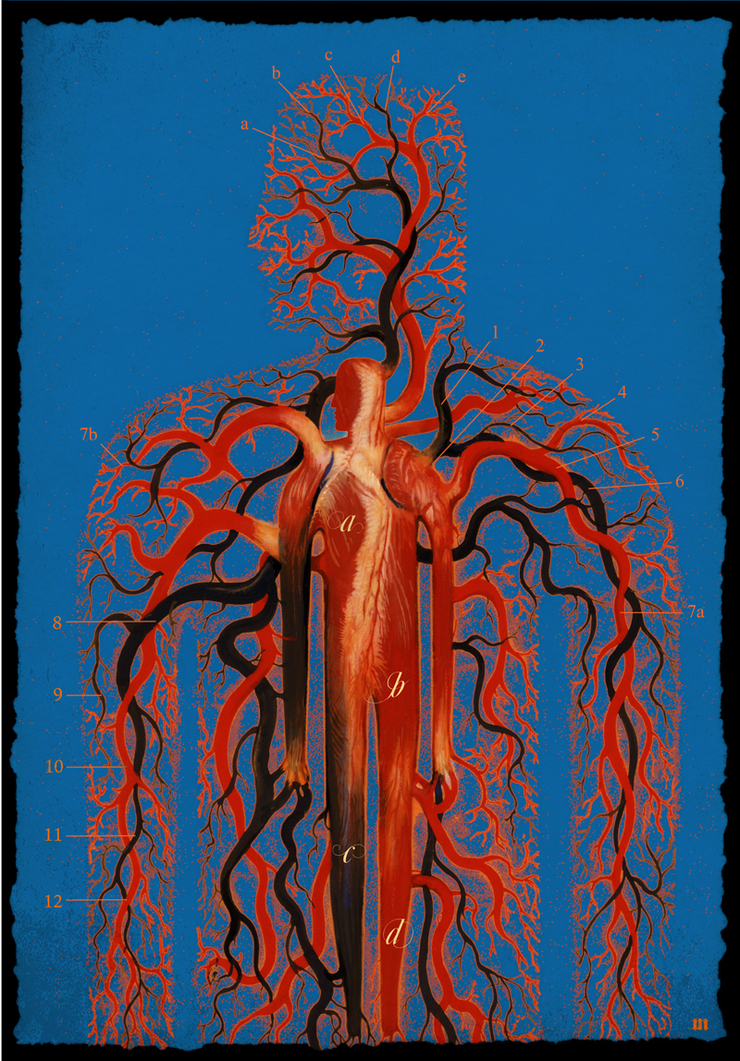 BLUE BOY ÃÂ© Bill Mayer 2014
I thought these options were interesting in that the feeling they give the viewer is somehow very diferent. Color can add an emotional element to an illustration that sometimes can change the feeling subtly, sometimes dramatically. I guess I was just enjoying working on this so much, I just didn't want it to end. 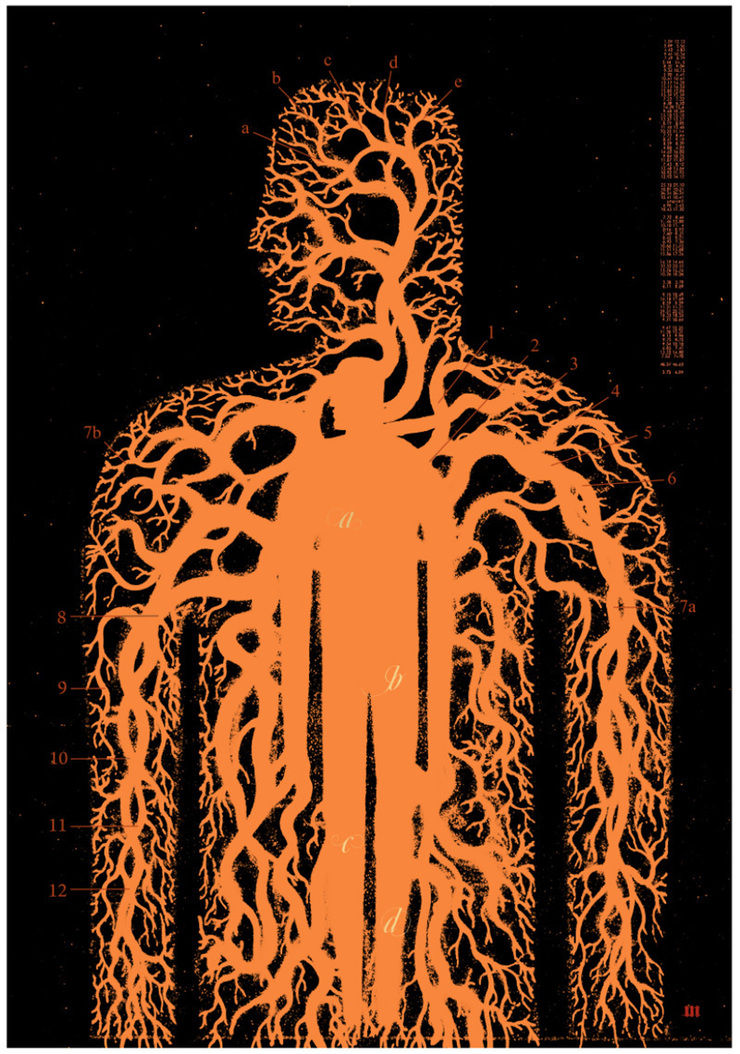 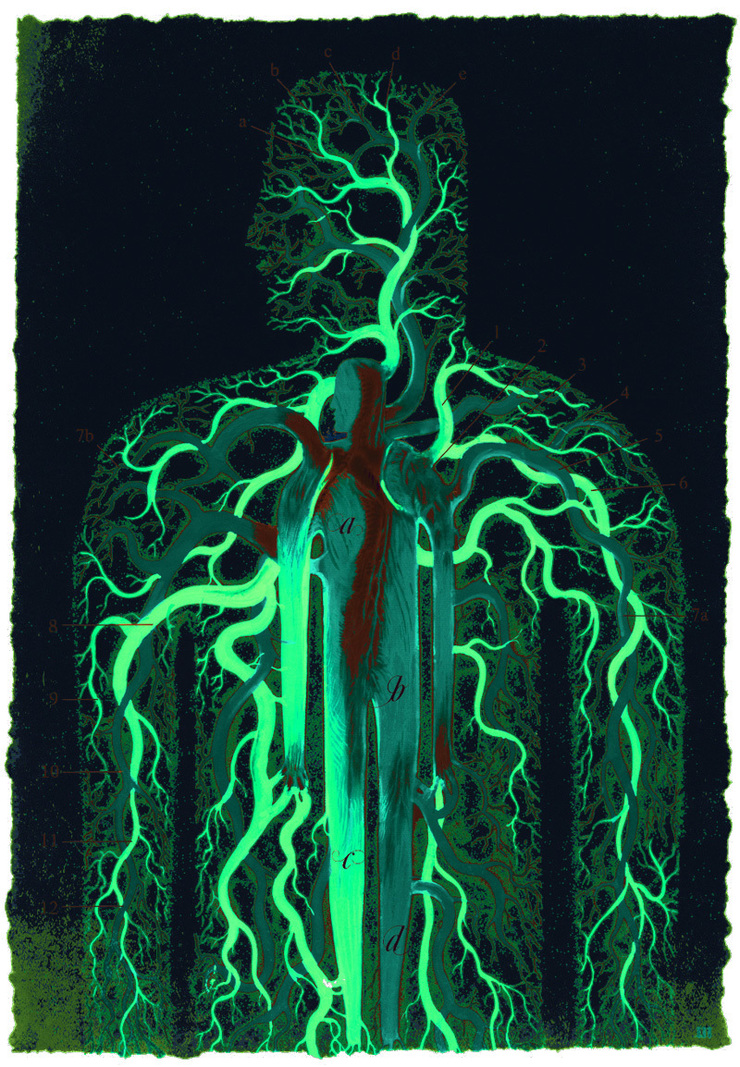 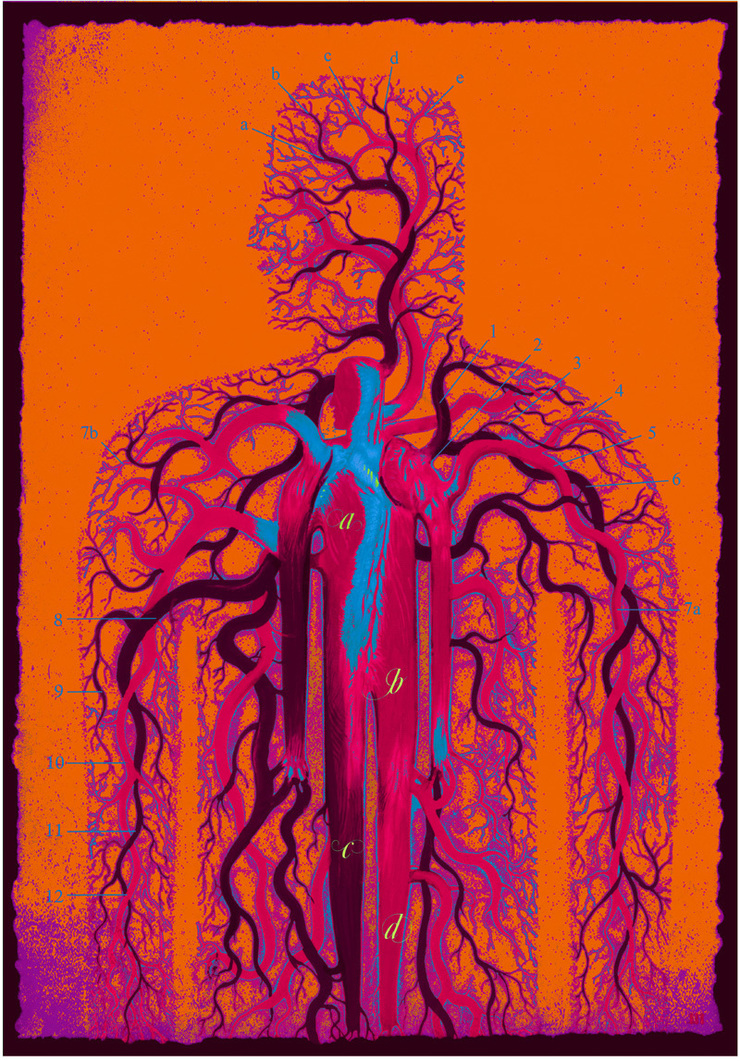 BALI VERSION ÃÂ© Bill Mayer 2014
Here is a link to the story in the online magazine. Big thanks to SooJin Buzelli and PlanSponsor, with all of the other talented artists out there, you gave me a chance to work with you again. always such a treat. Thank You. 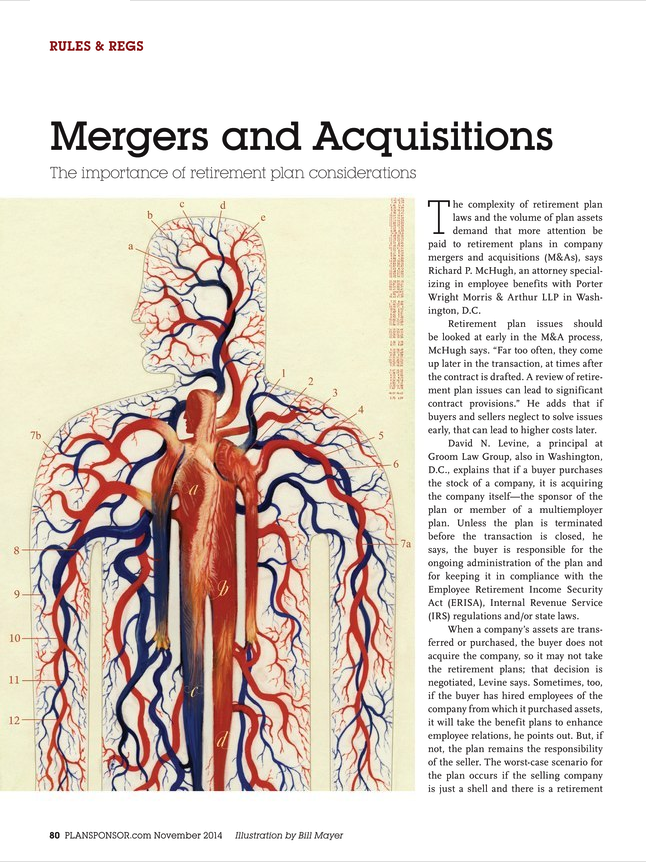