AUGUST 28, 2015
I have been experimenting with some new digital directions. Always searching for new directions and techniques to play with. These three pieces turned out pretty well.
I was trying some limited color pieces to add to the somber tone. The text on the bomb hanging in the top piece is persian for "Peace." another piece I did for Earth Day... also a little dark and forboding. All of these pieces had a similar feel and theme. 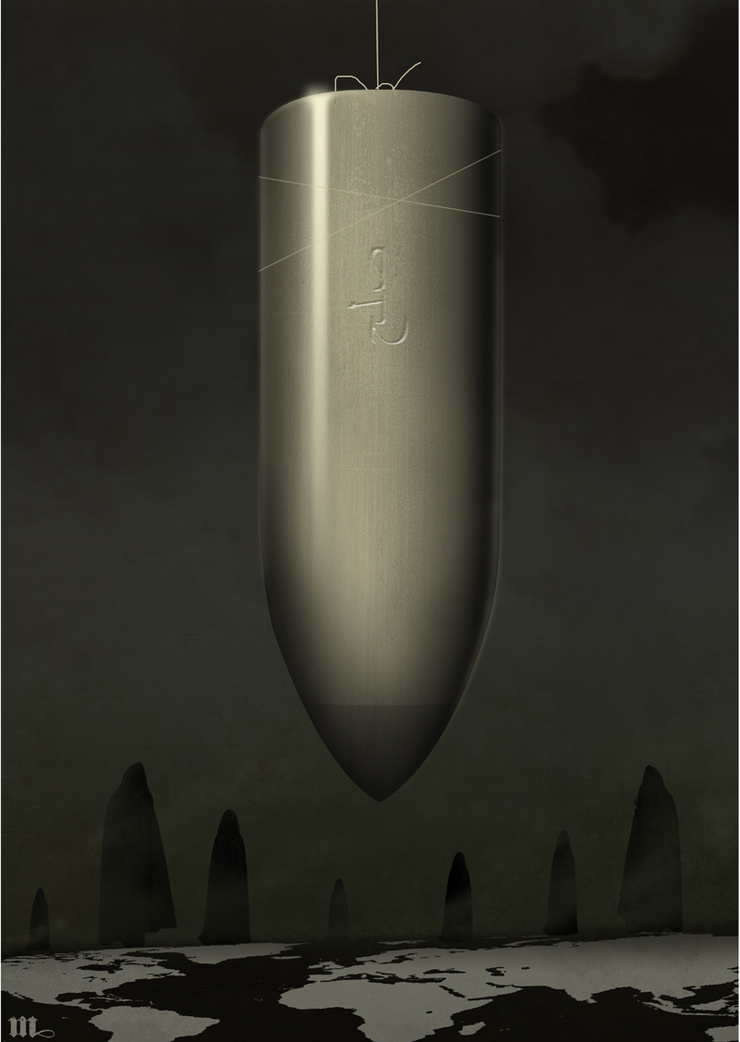 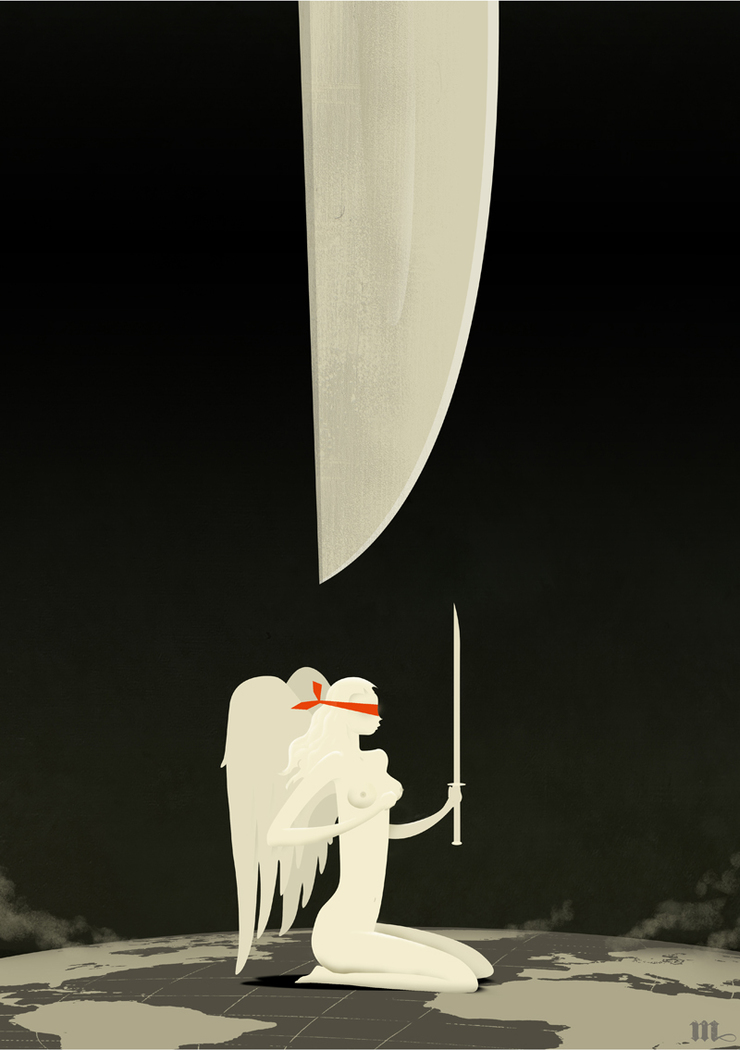 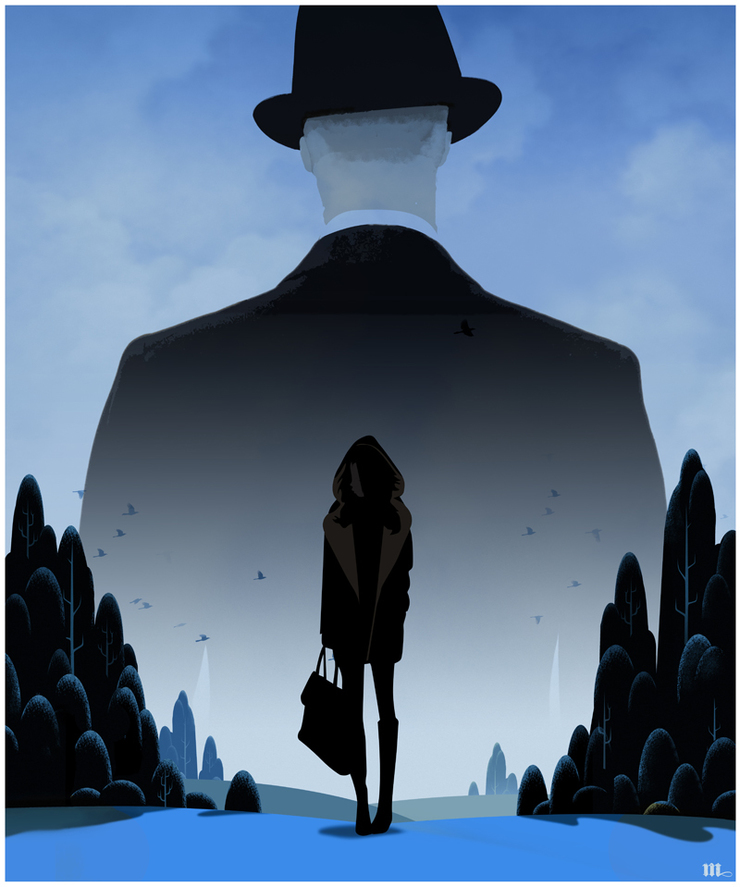 Alternate idea for a time magazine article...but really this was sitting around in my head unfinished for a while... just good to get it out...ÃÂ©Bill Mayer 2015 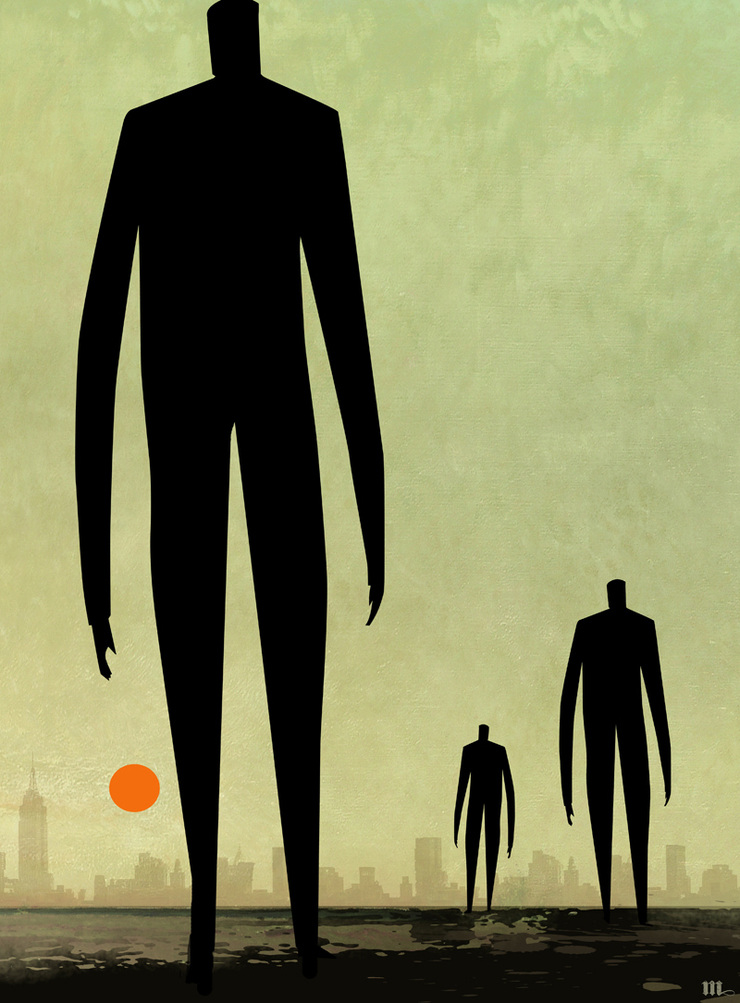 I love the drama this simple image created... it has a kind of retro feel like some thing from the Sixties...ÃÂ©Bill Mayer 2015
Also continuing to play with some expansion in the gouache paintings... A few more interesting palettes that seem to work... In between deadlines it has been a good way to keep the hands busy... Some revisited themes that always seem to surface... 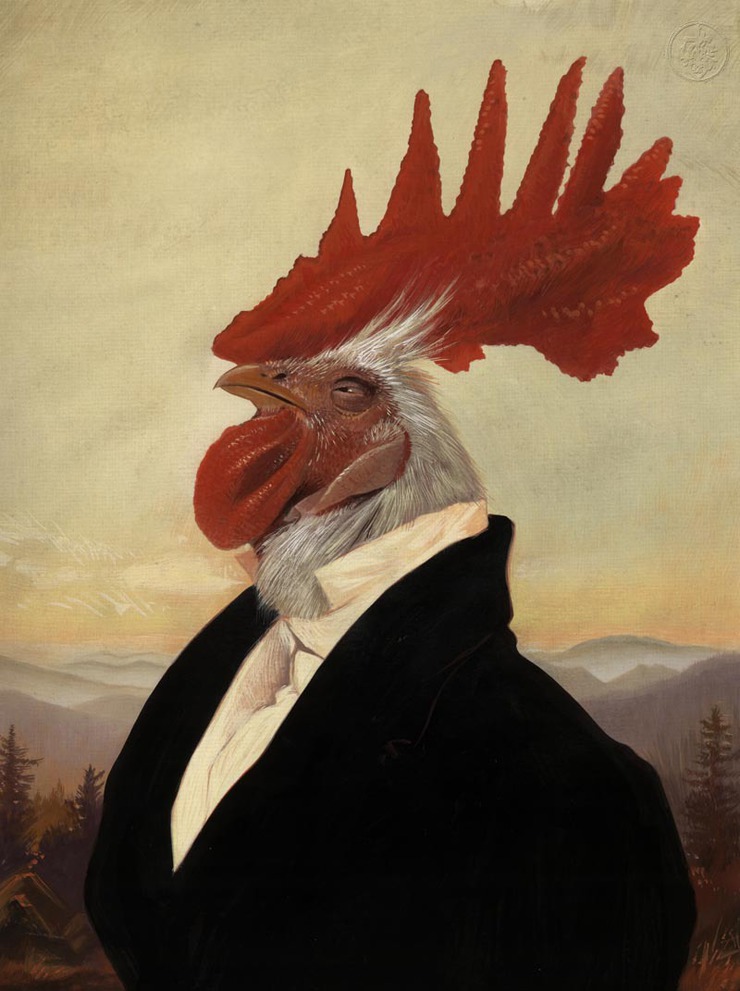 This painting stated off as a portrait of "The Donald" (Trump) and just sort of went off all rooster.... ÃÂ© Bill Mayer 2015 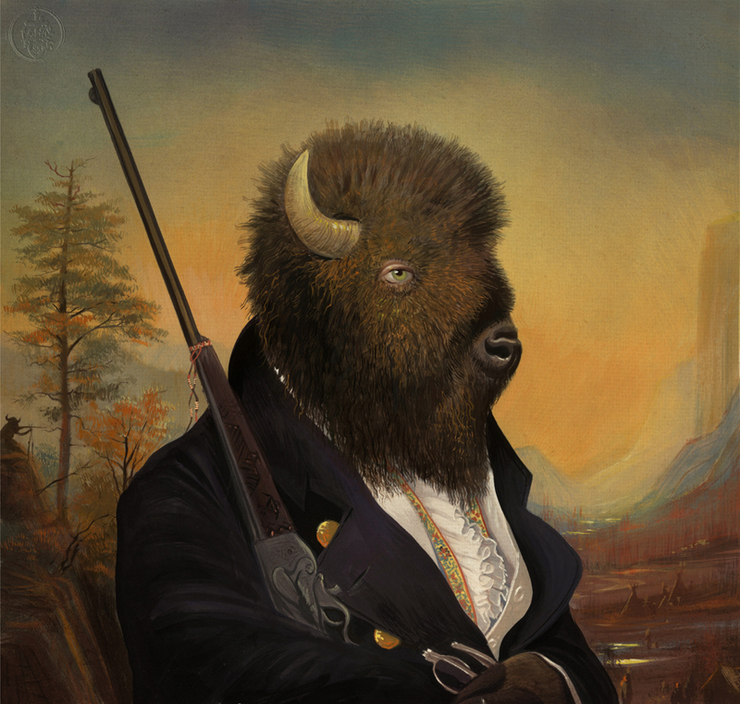 The "Buffalo Hunter" I loved the texture of Buffalo hair... I could paint that one again and again... ÃÂ©Bill Mayer 2015 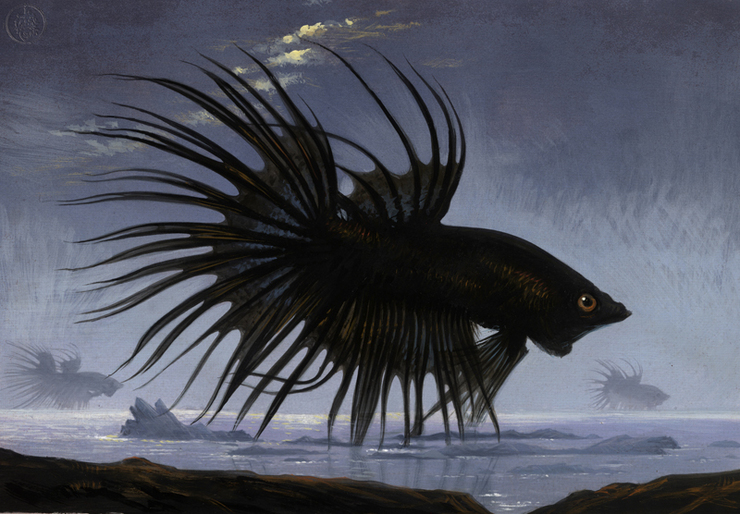 Another from the dark side... The Dark Angel... just playing around with a cooler palette.. ÃÂ© Bill Mayer 2015 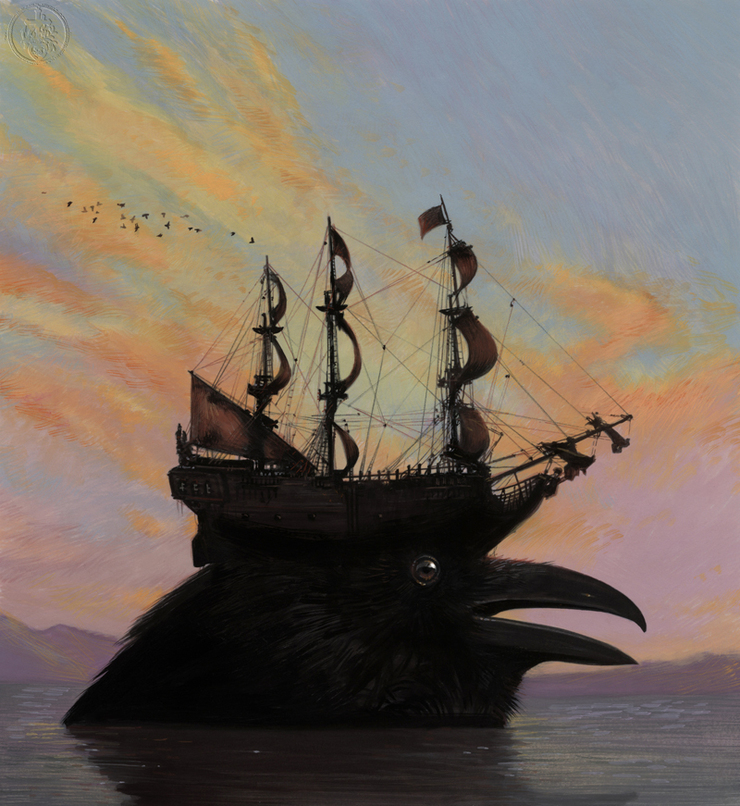 Another surreal image with crows and boats...This one reminds me of a scene from Time Bandits... But I loved the color...ÃÂ©Bill Mayer 2015 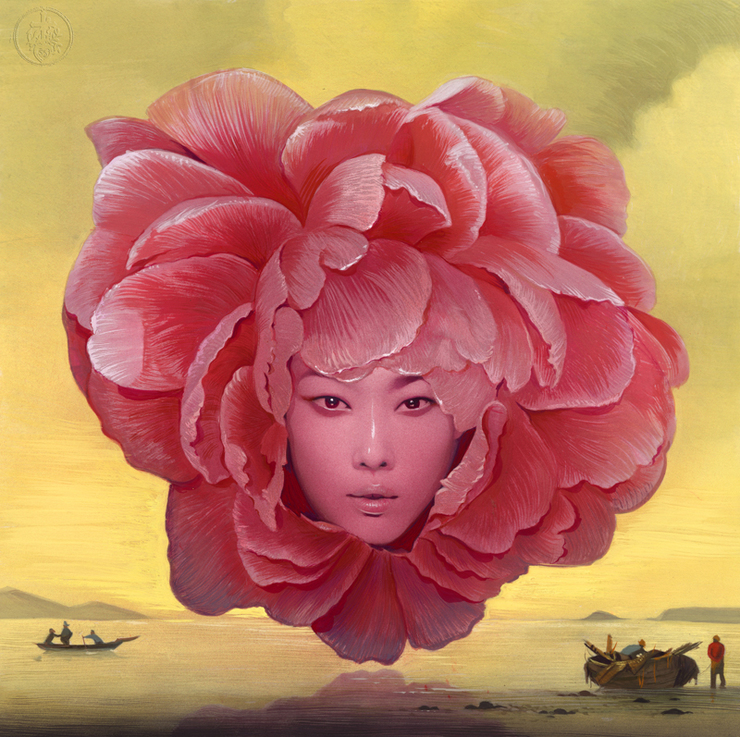 I was trying to paint something that was not creepy... somehow just made it creepier.... The Flower Lady.. Gouache on paper. ÃÂ© Bill Mayer 2015 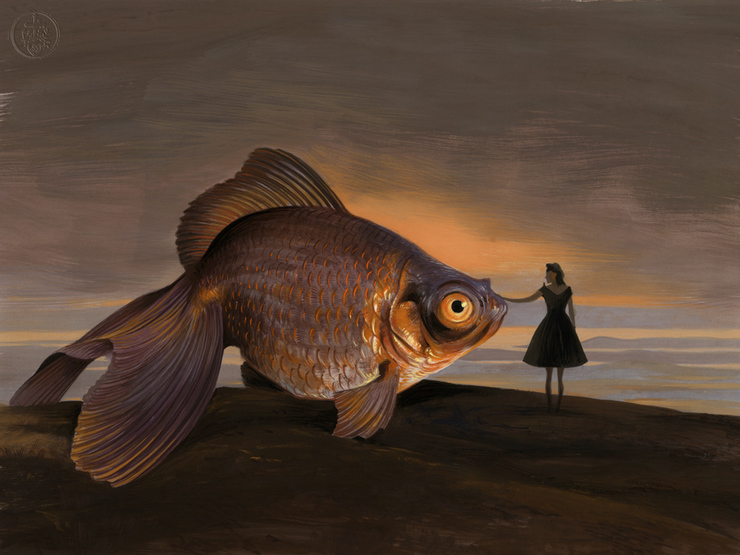 A rather simple but melancholy image of a fish out of water...Sometimes clichÃÂ©s can be poignant. Everyone loves to draw gold fish...(so why not...) Gouache on paper ÃÂ© Bill Mayer 2015 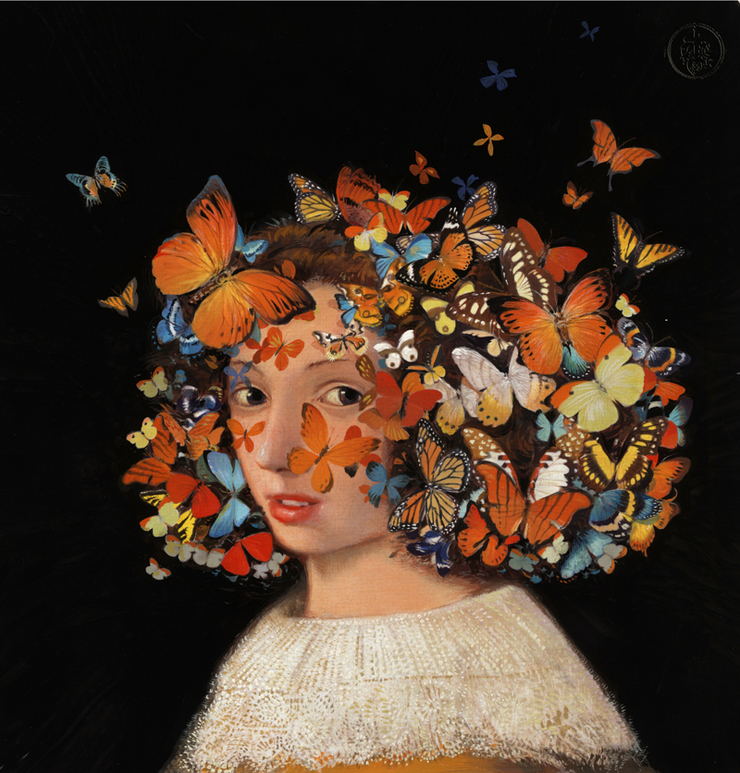 Butterfly Girl. I think might have worked better if I covered her face with butterflies...or at least maybe more of her face... (I did that) ÃÂ© Bill Mayer 2015 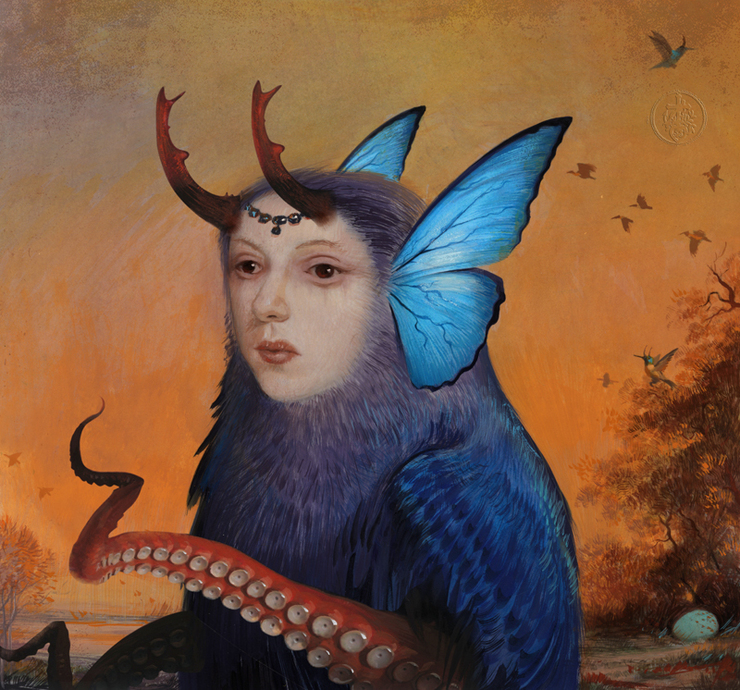 Bird Lady... Started off kind of like a blue fairy and just grew into a freak... I was not happy with it until I added tentacles and horns... ÃÂ© Bill Mayer 2015 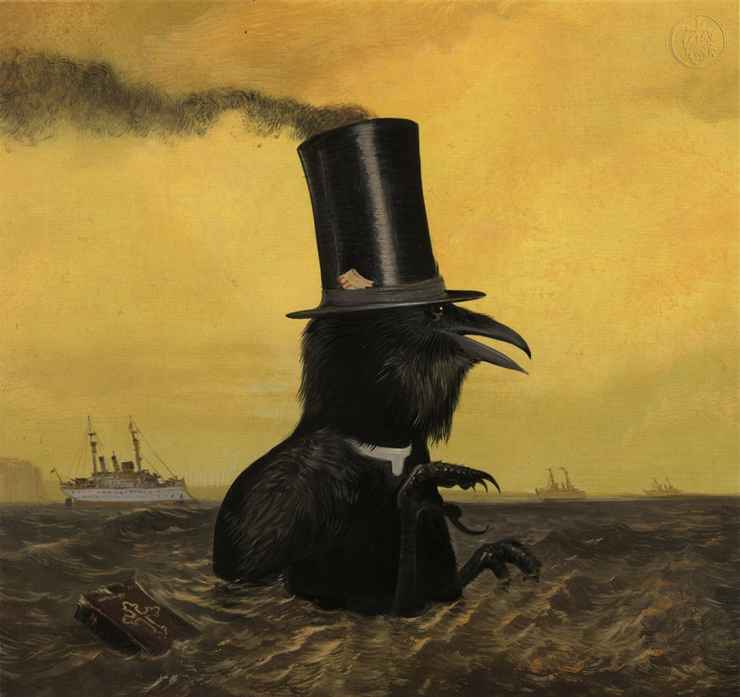