A Most Unforgettable Penguin 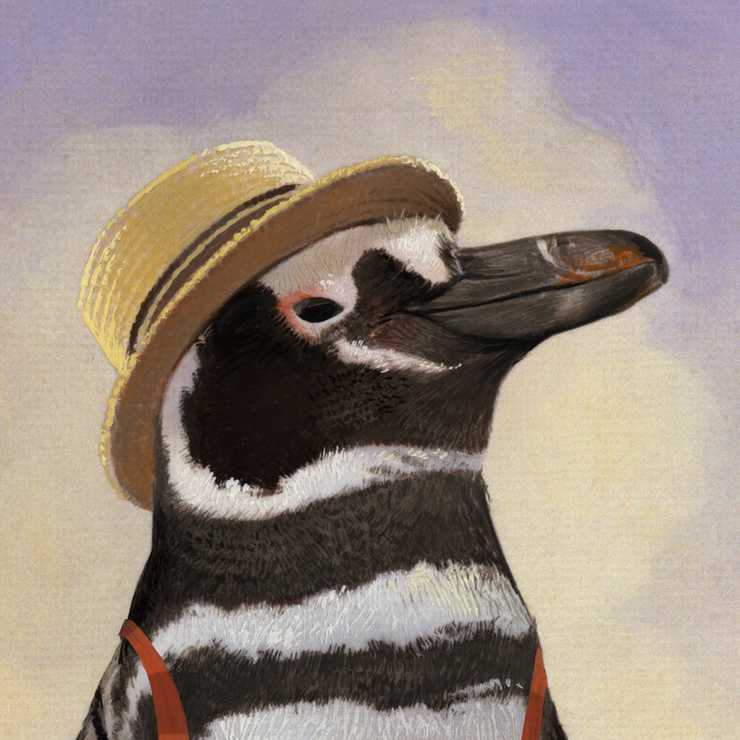 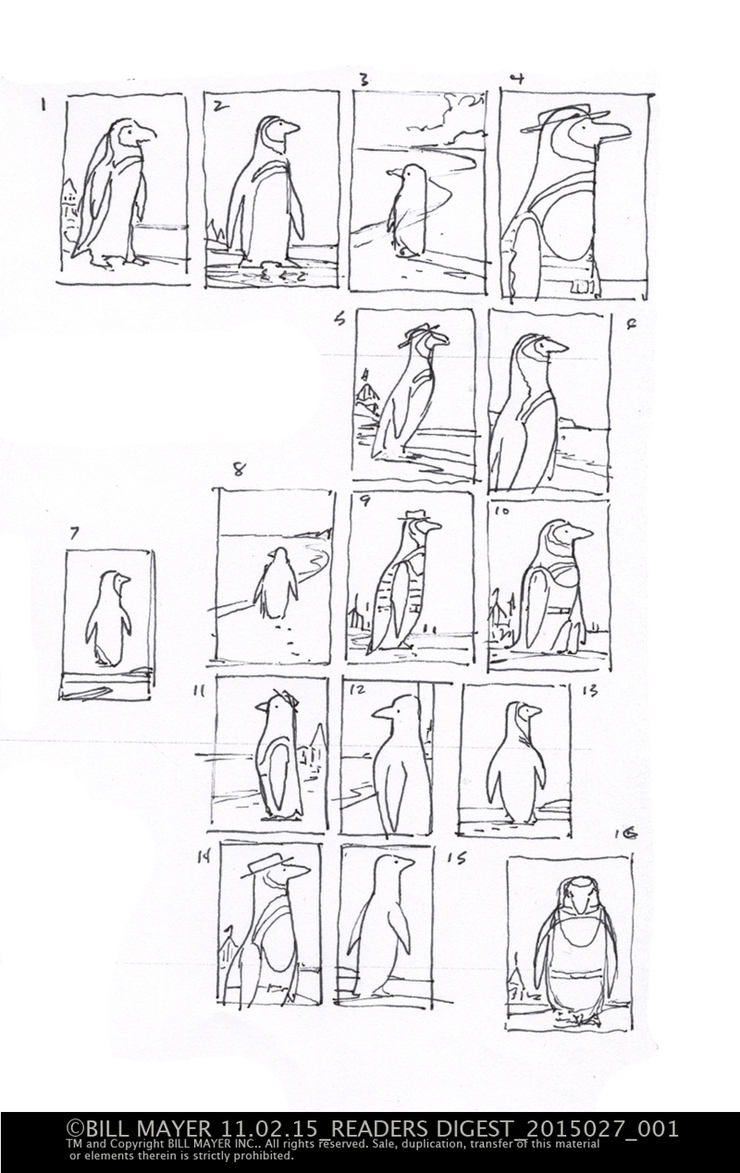 A new little gouache painting for Marti Golon at Readers Digest. I was so thrilled when Marti called me with this wonderful story. her initial idea was to do a portrait of this little penguin as a portrait in an old style, retro bathing suit. staring out at the sea. I did work through some thumbnails in this direction, but was such a magical story that i wanted to add some element that would make it a bit more. I remembered the surreal poster for one of my favorite movies "Being There" 1979.
In the poster, "Chance" (Peter Sellers) the gardener floats in the air above the pool. It was a take off on the surreal floating men Rene' Magritte had painted. 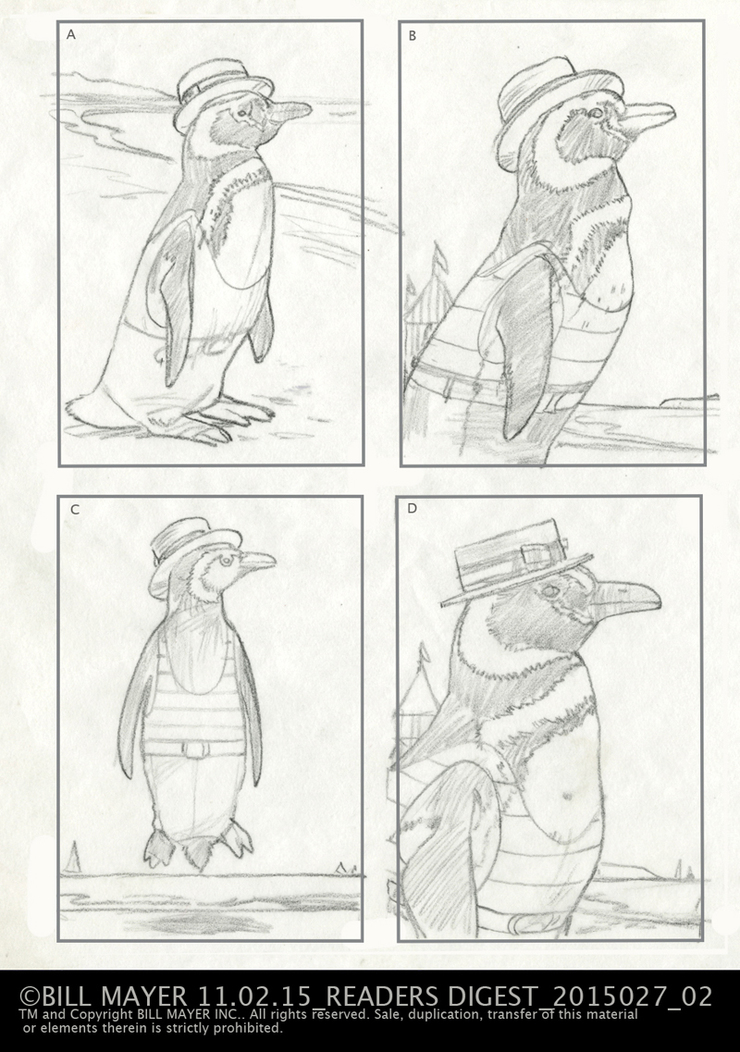 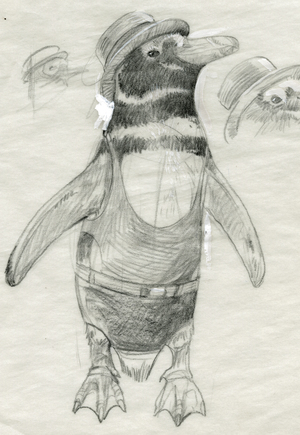 The rough penguin in the thumbnail was a little odd so I spread his wings apart to make the whole thing read better and gave him a nice bit of attitude.
I was a little confused a to call his wings arms but Forest assures me "wings" were proper. Although according to him "flippers" was perfectly alright as well.
Marti was very specific about the type of penguin.... The Story is about a Magellanic penguin living in a Boarding School in Argentina.
from wikipedia....
The Magellanic penguin (Spheniscus magellanicus) is a South American penguin, breeding in coastal Argentina, Chile and the Falkland Islands, with some migrating to Brazil where they are occasionally seen as far north as Rio de Janeiro. It is the most numerous of the Spheniscus penguins. Its nearest relatives are the African, the Humboldt penguin and the Galápagos penguins. The Magellanic penguin was named after Portuguese explorer Ferdinand Magellan, who spotted the birds in 1520. 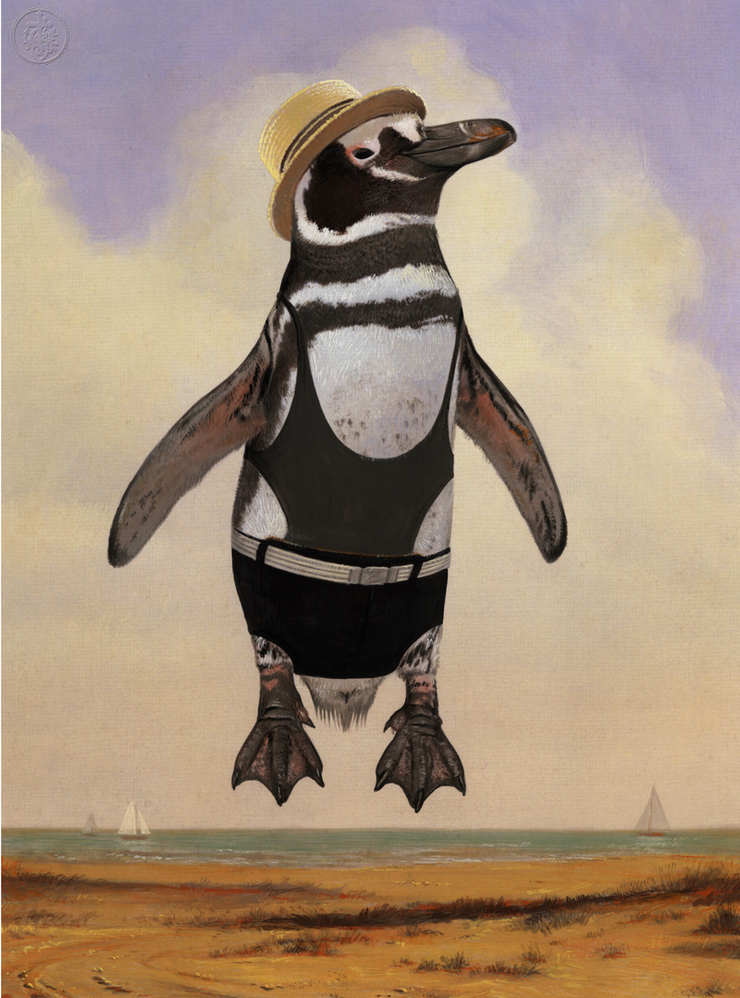 The original painting, I had followed some reference on old bathing suits. Marti felt the holes on the sides looked a bit odd...
One new little trick I learned on this was  painting the clouds with a paper towel to get the softness and it worked great. I will use that again... 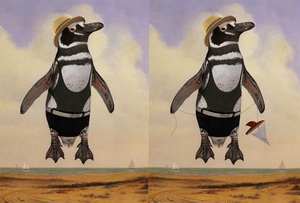 I pulled together reference on the Magellanic penguins and vintage bathing suits...I decided to put the penquin in a straw Boater hat... Sort of added a little something more from that era... I did a few tighter thumbnail sketches from the original scribbles. The editors pick was the floating penquin. When I was finished with the paining it seemed like it needed something. So i thought about adding a beach ball or a toy boat to make it a bit more playful.

When I sent over to Marti she didn't really have an opinion about the boat but was more in love with the stripes on the suit in the sketch. I had decided to pull back on the color and make the bathing suit fall back into the illustration and thought the clouds and the beach would carry the color in the painting. I must have struggled for hours trying to make this change in photoshop befor just going back and painting over the grey in the original painting. sometimes the more obvious solutions are better. Decided to nix the boat too.

The one suggestion I wished I had pushed was one that came late into the painting. Lee suggested that it would be better if he was floating above a roof top pool...

This looking back at would have been a great way to add a bit more surreal feeling to the painting but I was finished with it, everthing was approved, and that was a totally new painting.
So the final painting stayed pretty much intact with the small addition of a striped bathing suit.
Much thanks to the Art Director, the incredible Marti Golon, and the rest of the folks at Readers Digest for a fun project. You guys are the best. 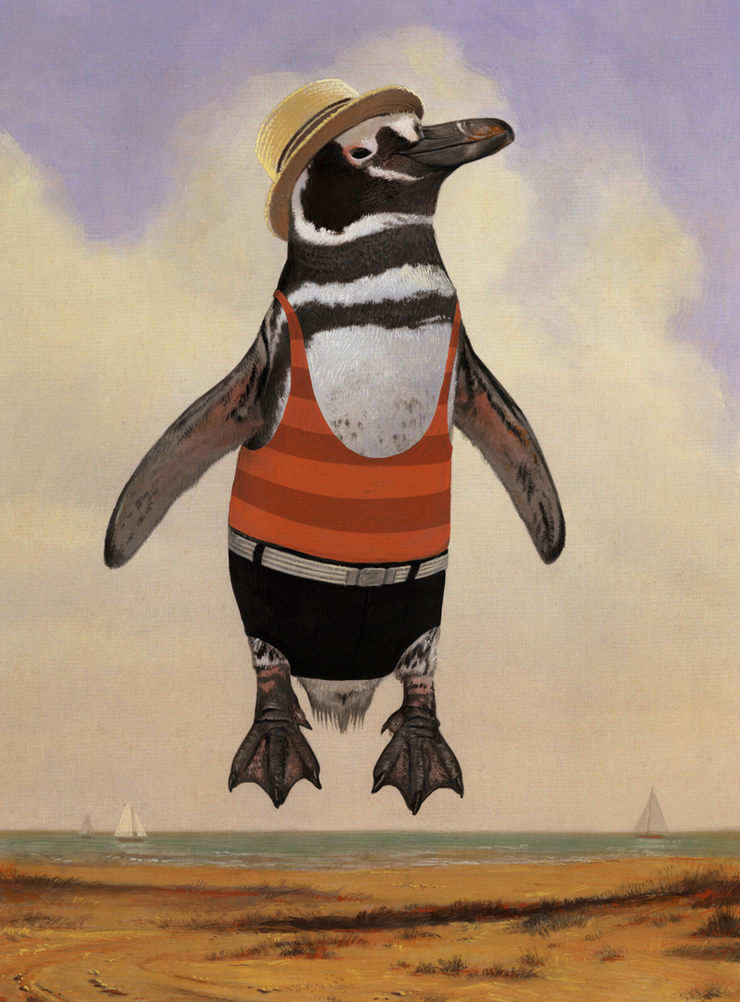 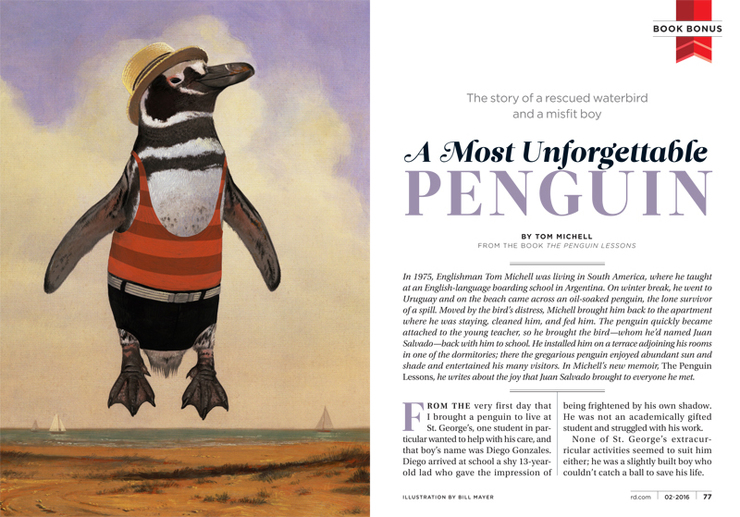 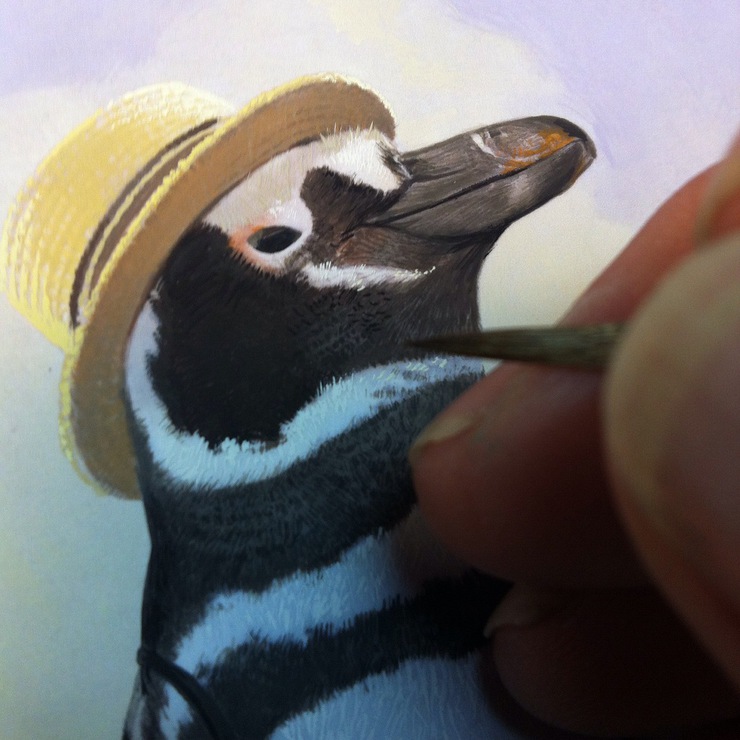