"The Neutron Enigma" for Scientific American 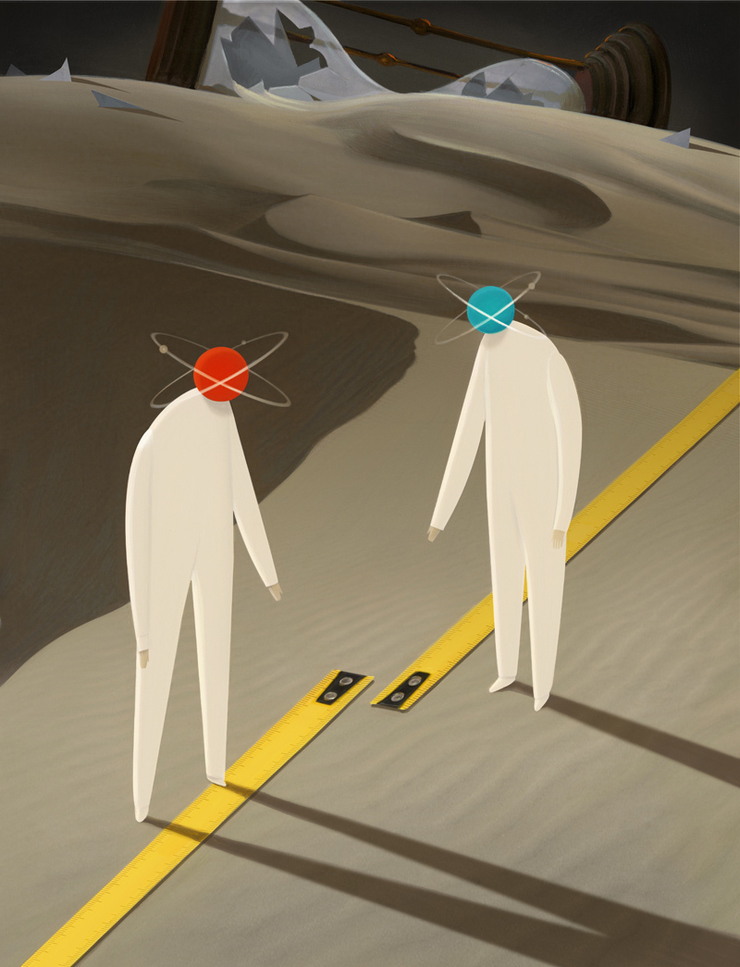 A new piece for Jason Mischka at Scientific American... Great article about two precision experiments that were disagreeing on how long neutrons live. Always starts with rambling thumbnails that finally settle into more direct concept. They settled on #24 but wanted some element of the atom worked in. I added atom heads. and wanted to have some element of time add decay to reinforce that part of the article. Like the sands of time spilling out of the broken decaying hour glass. 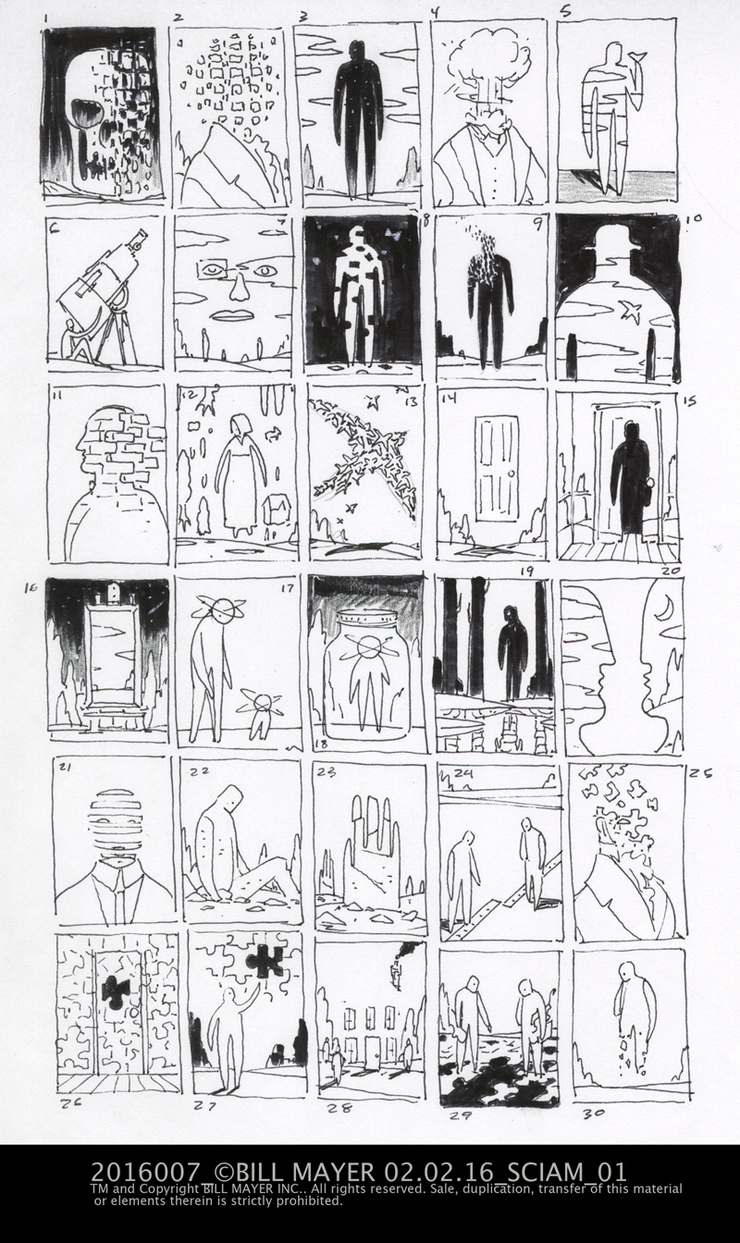 I did try several slightly diferent layouts but we decided the clock added a bit more conceptually. 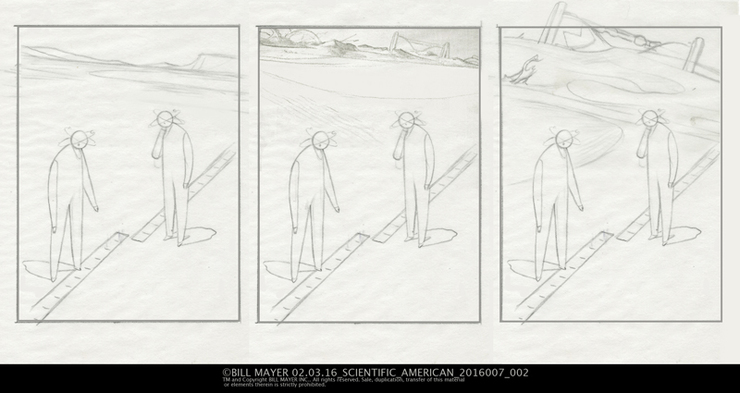 I tried a different color palette to get the tape measures to stand out and the atoms in red and blue. Most of this one was painted in gouache then scanned in and edited and tweaked in Photoshop. 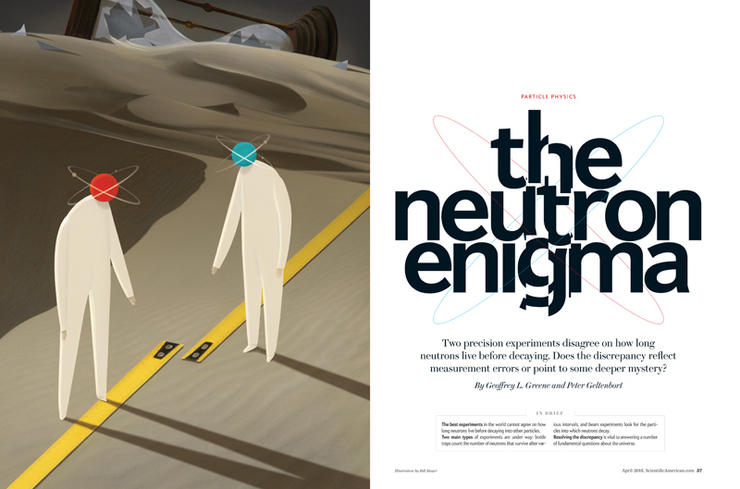 I thought the color palette made the illustration kind of haunting...And the beautiful layout with the fragmented type Jason did. Much thanks to Jason Mischka and the folks at Scientific American. Always fun working with them.