SCIENTIFIC AMERICAN- War Against Ourselves 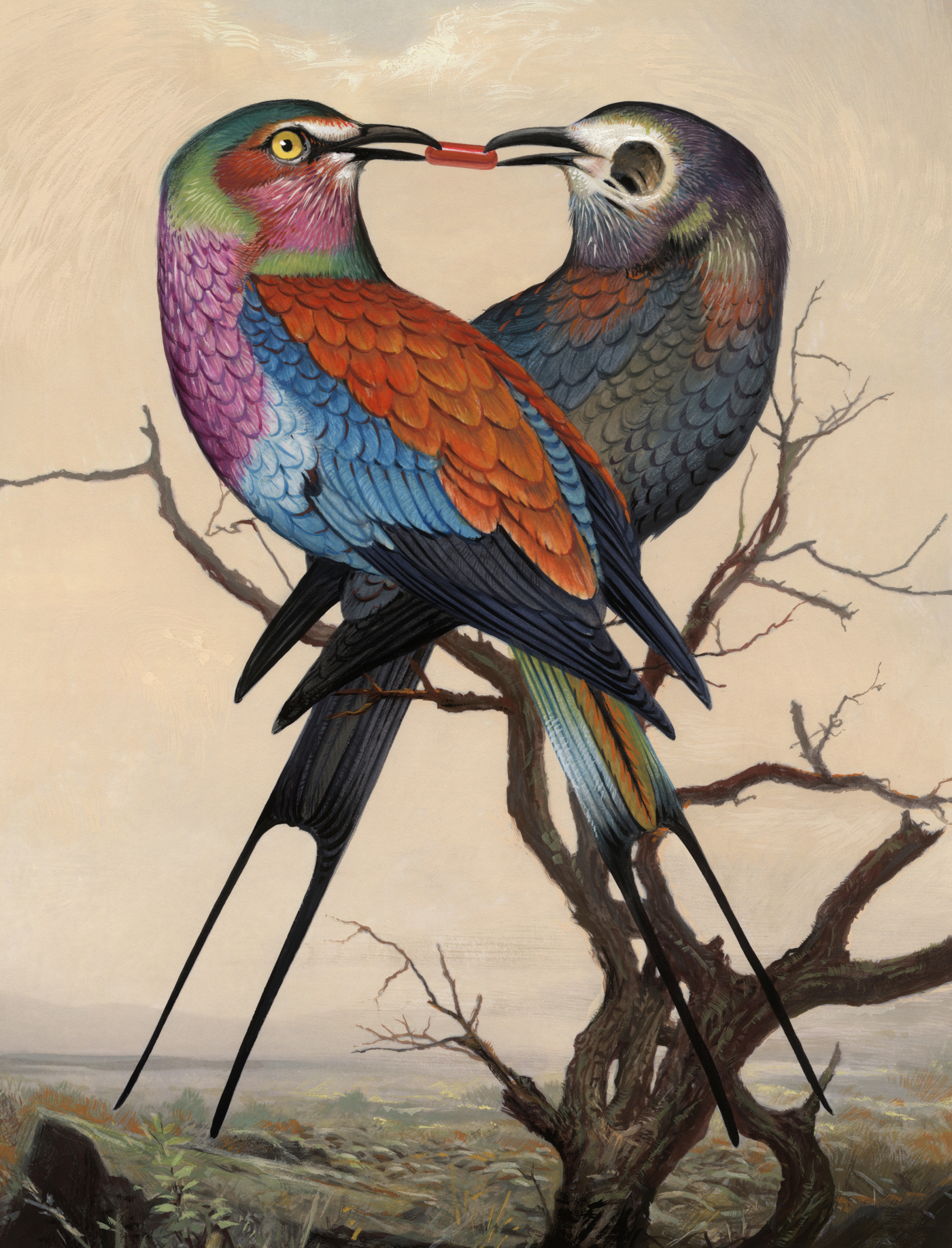 A new illustration for Scientific American about promising new cellular medications, which had some promising initial results, but now further studies are showing that these drugs don't work in twenty-five percent of patients.
Inital thumbnails were a bit abstract and it took a second round to narrow it down to a somewhat more direct and appropriate image. With complex information the illuatration needed to more direct. I still love some of these initial ideas and I'm sure they'll resurface at some point. 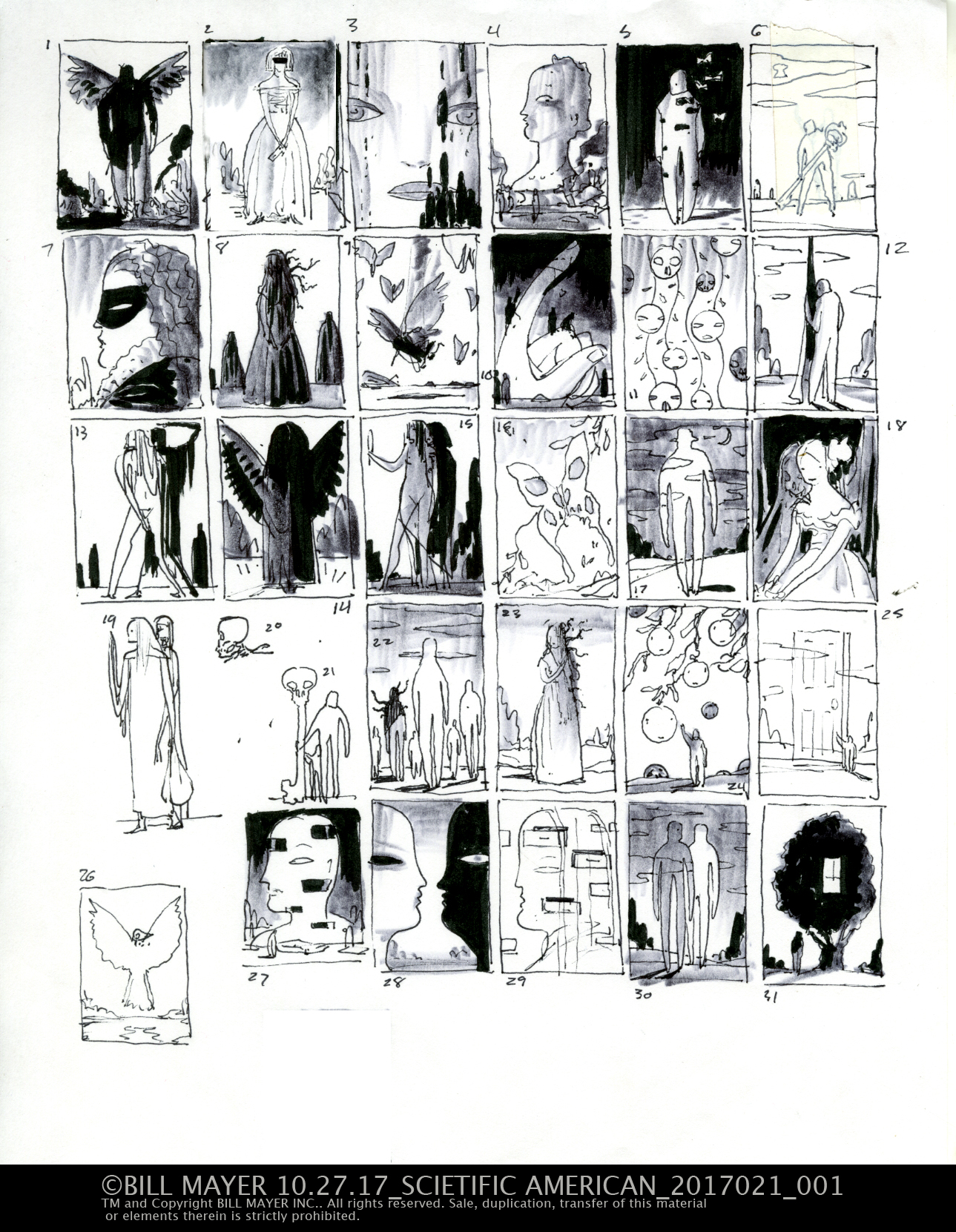 There were a bunch of compelling images that seemed to flow out. Unfortunately the editorial folks seemed to think they were not direct enough. Looking at these again there are several I may go back to at a later time. 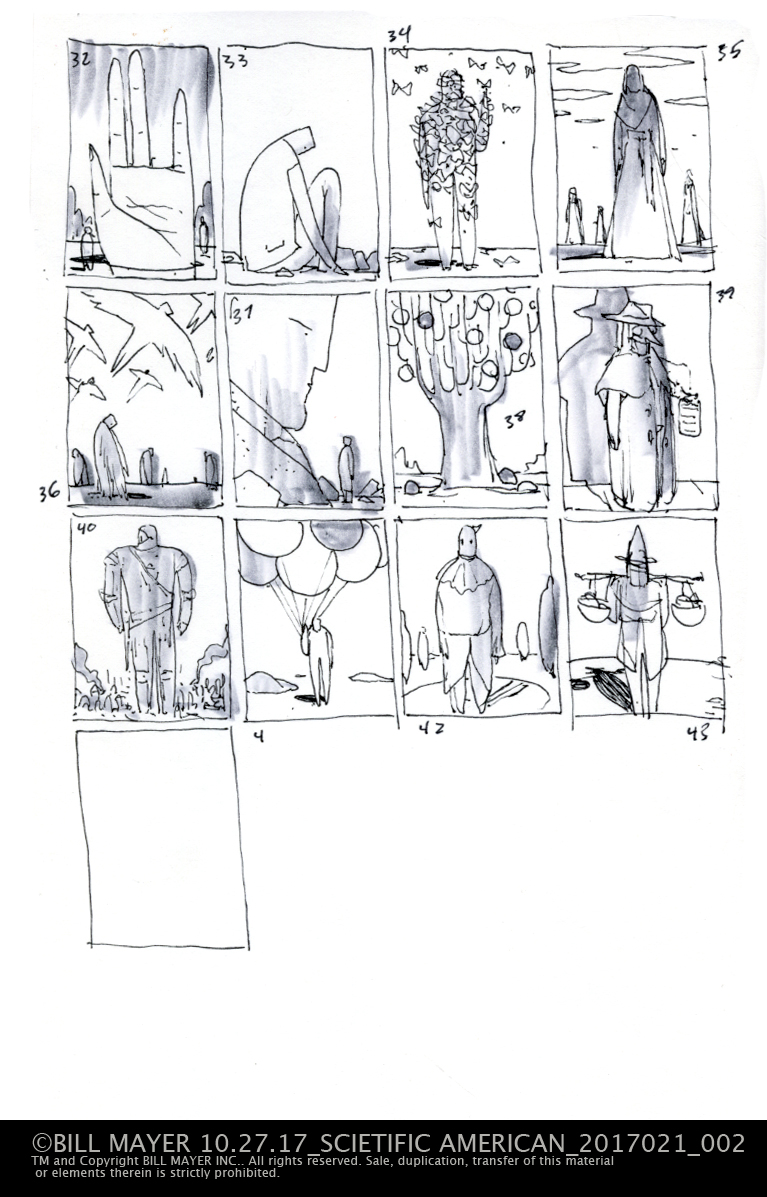 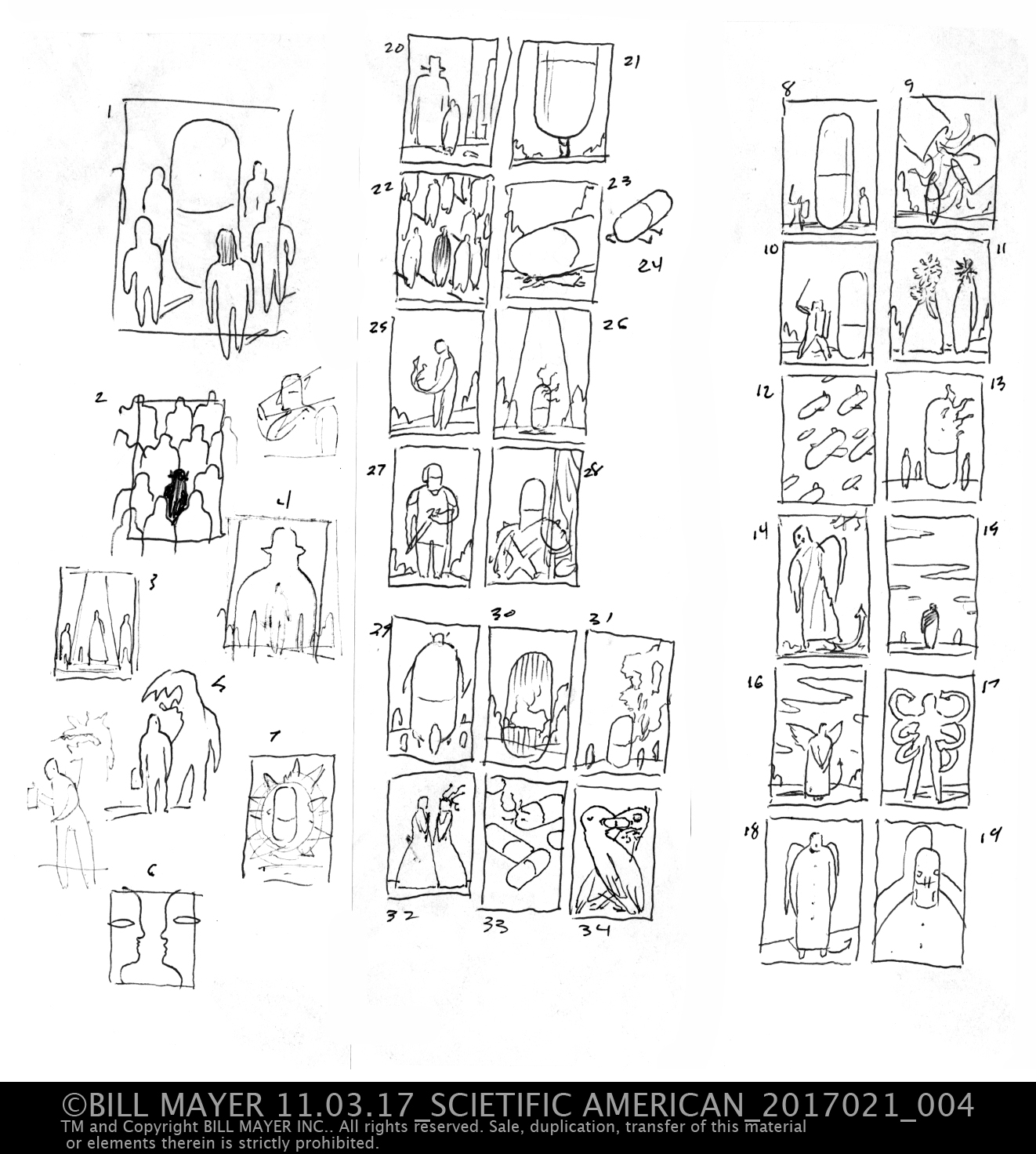 New thumbnail sketches I think were a bit too direct for me. played around with incorporating some medical elements. Number 34 seemed to be the one they thought might work. 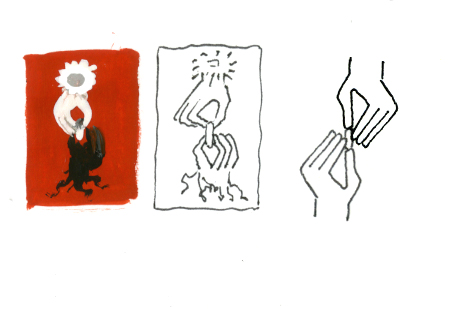 As an after thought I thought of a more direct image that seemed to address the editorial concerns about the other directions being too abstract. Two hands opposing, with one turning into something positive and the other negative. one a flower the other a dead flower. Michael said the editor liked this direction but he still wanted to use the gouache style, suggested maybe we could adapt this into one of the previous thumbnail directions #34.
Once we found the right formula everthing went really fast. I used the Birds from the earlier thumbnails and turned their heads opposing to make it more obvious that I turned one of the birds heads into a skull. 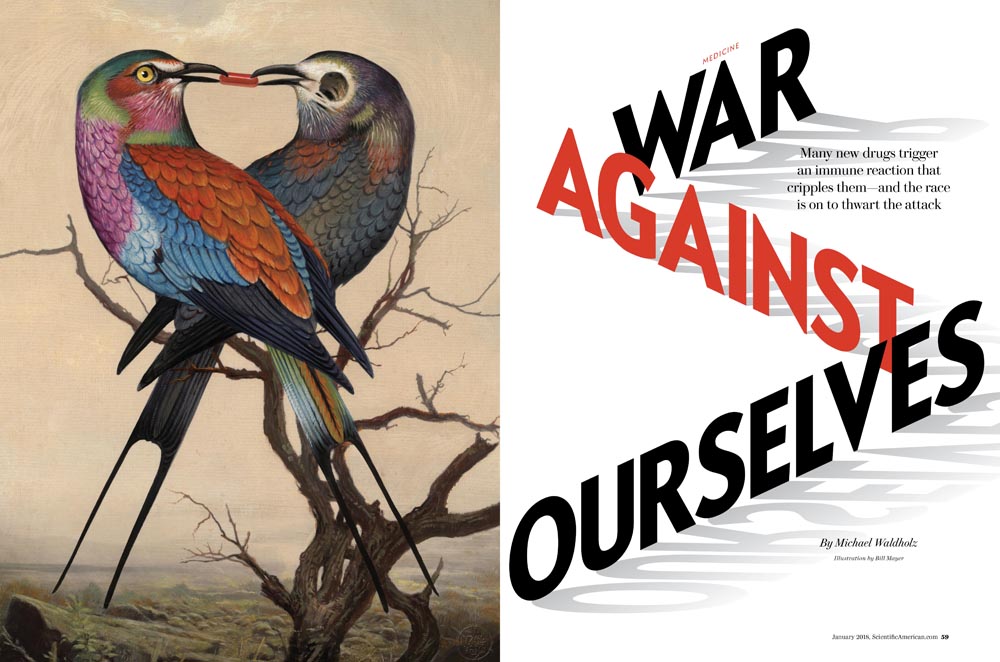 Most excellent page design by Micael Mrak at Scientific American. 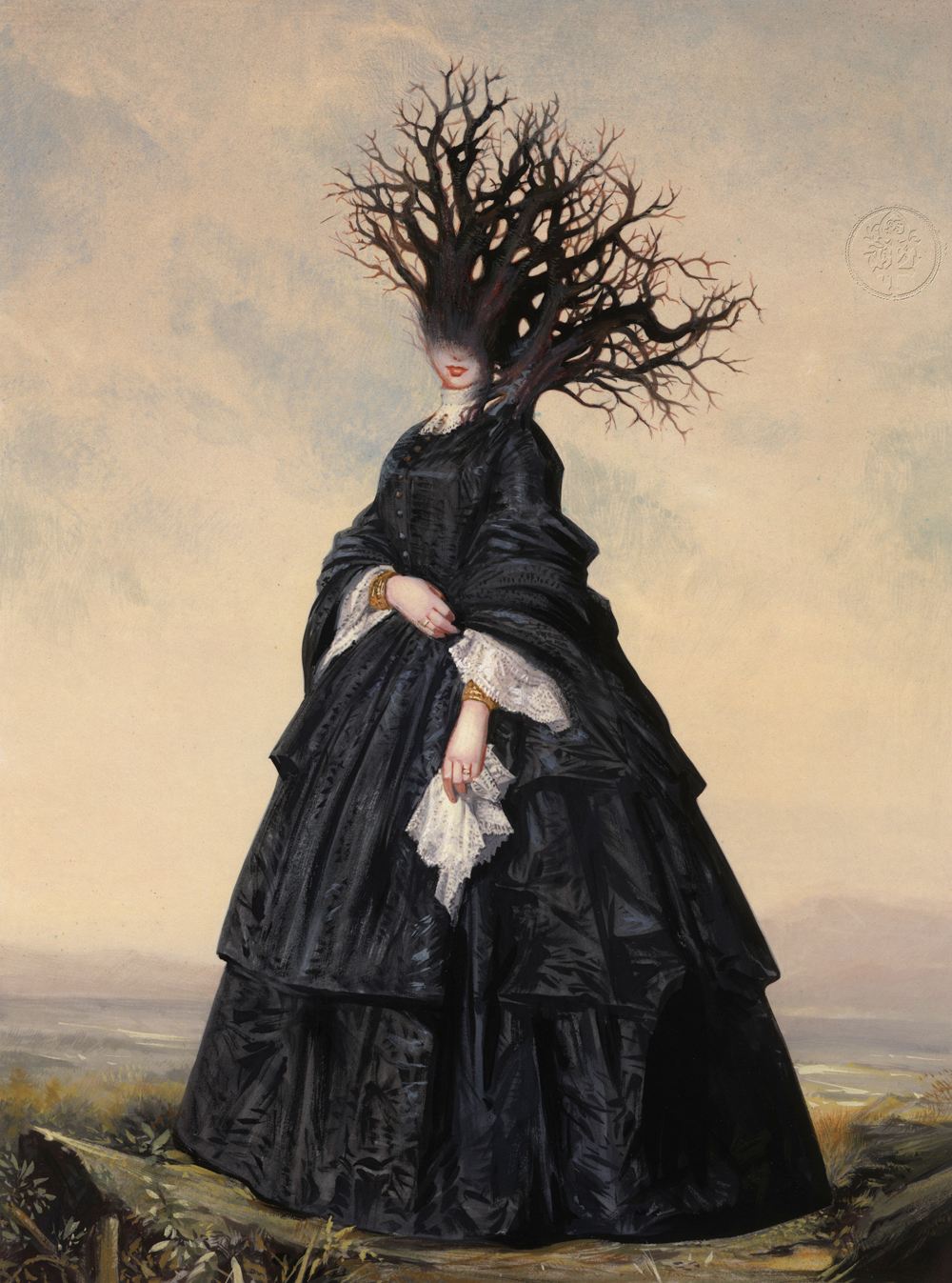 some of the alternate ideas seemed like they would make great directions for paintings. #8 and #23 on the original sheet were working in my head so I had a little time and flushed them out in Gouache.
Much thanks for this super fun project to the folks at Scientific American and Super art director Michael Mrak. can't wait to check it out on the news stand!