It's not easy being green

I celebrated Earth Day number 40 with a magazine cover assignment featuring a story on economics and the environment. The article Building a New Economy, written in an erudite, yet accessible manner by economist Paul Krugman, appeared in the NY Times several weeks ago and was published this week in the Italian newsmagazine Internazionale. Professor Krugman's  thorough assessment concludes that if we feel any responsibility to future generations, we need to take action now, and that economic incentives rather than legal sanctions may be the most effective course.
I came into this assignment through the good graces of Mark Porter, who recently redesigned Internazionale and recommended me to editor-in-chief Giovanni De Mauro. I set my trusty widget clock to Central European Summer Time, named all my Illustrator layers in Italian and used at least venti shades of verde. Like they say, "When in Rome..."

From a factory spewing vines instead of smoke to the delicate balance between the environment and the economy. 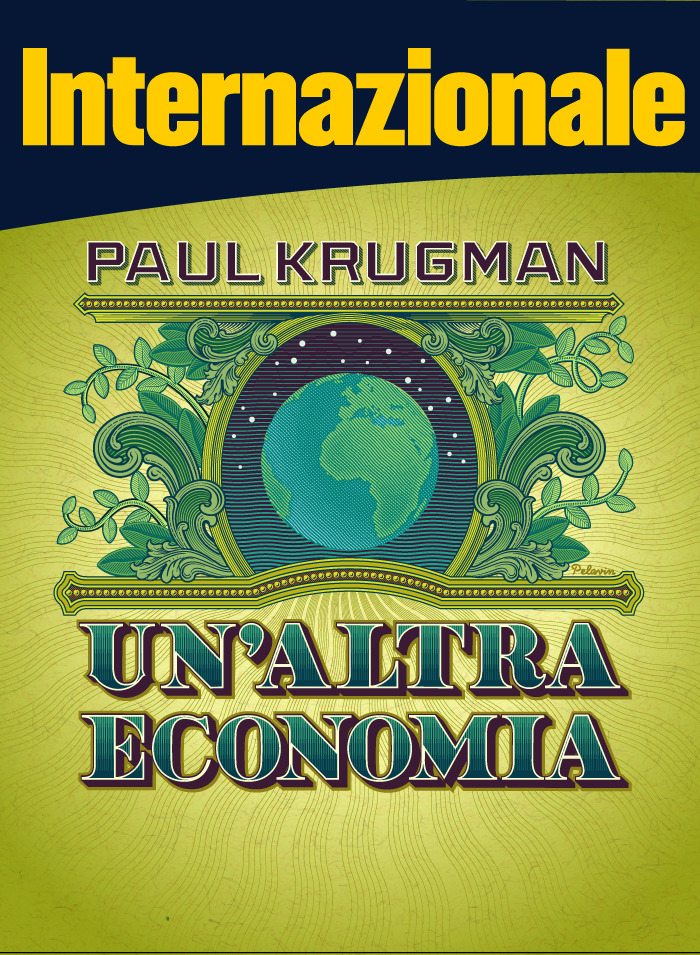 Nothing is more appealing to me than working at 1200% magnification on zillions of tiny little hairline strokes.
Topical: For one and all
Latest
Still here still life. The way I see it. A font is born. The journey continues A bit of Ancient History I know I'm fakin' it Once more with feeling. Tanks for the memories. Voulez vous coucher avec moi ce soir? A gift from Macy's
Topics
Topics
For one and all Typography
Archive
Image Galleries
look familiar? by the numbers smiling faces...sometimes it's all here in black & white
© 2023 Daniel Pelavin