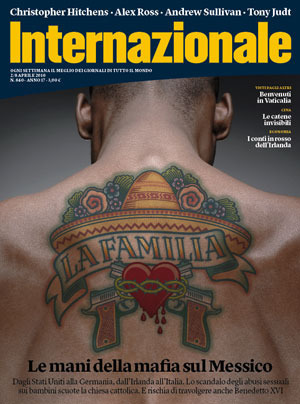 I always feel a little naked when I go to Williamsburg (or almost anywhere else these days) since tattoos have become a symbol of fashion awareness rather than mystical cult status or memories of a drunken evening. So, I felt a warm sense of belonging as I set out to create a fearsome and indelible icon for an article about "La Familia," the dreaded Mexican mafia.
The big question was, however, could I turn my skill at creating fluffy little rounded shapes and bright colors into something that appeared sinister and evil? Surprisingly, I actually went a little too far and was asked to tone down my first round of sketches so as not to alarm or frighten the gentle Italian people.
I now feel authorized, if still a bit hesitant, to join the celebration. Does anyone know where I can find a clip-on Septum ring? 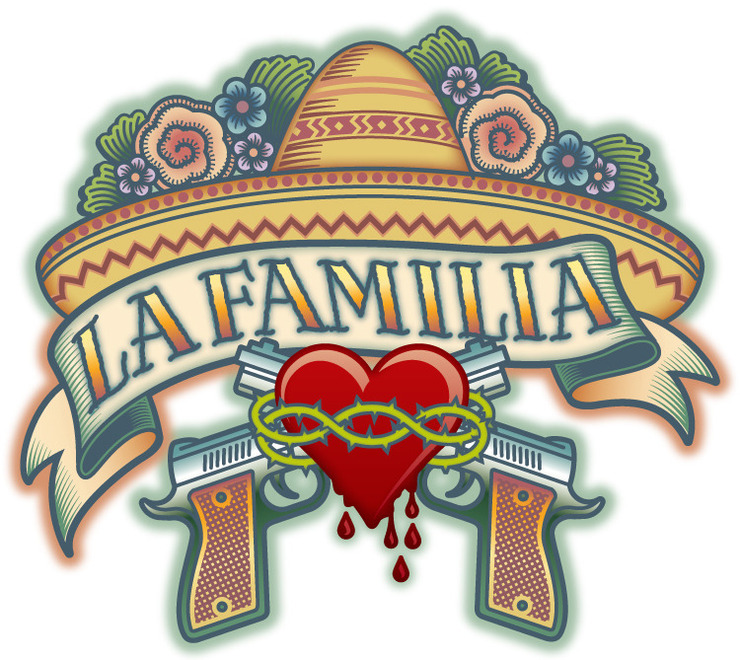 I've been asked about designing tattoos many times but, always declined as I felt unqualified due to the lack of personal body decoration.

Surprisingly, the finished line art bears a passing resemblance to my rough scribbles. 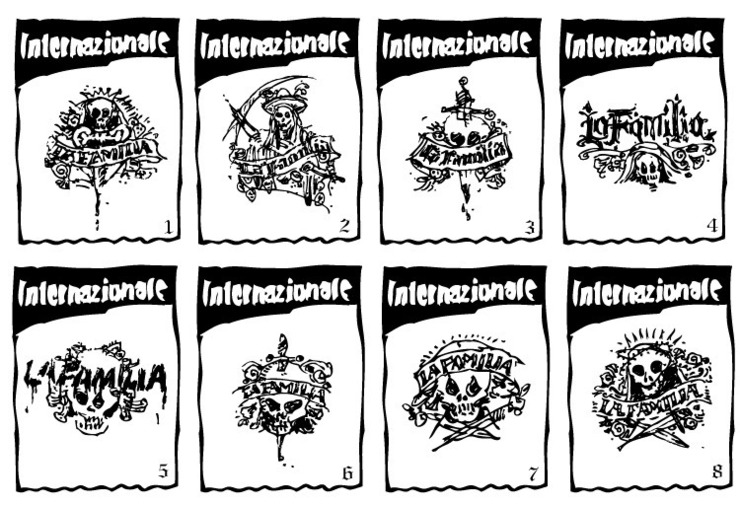 For a first round, exploring the imagery of "Santa Muerte" as suggested by the client, I proposed a variety of options with requisite skulls, weaponry and mystical stuff.

Asked to refrain from imagery that would disturb the superstitous, I skirted the boundaries of ethnic profiling to engender a kinder yet, cogent representation of our gentle friends from South of the border.
Topical: For one and all  Typography
Latest
Still here still life. The way I see it. A font is born. The journey continues A bit of Ancient History I know I'm fakin' it Once more with feeling. Tanks for the memories. Voulez vous coucher avec moi ce soir? A gift from Macy's
Topics
Topics
For one and all Typography
Archive
Image Galleries
look familiar? by the numbers smiling faces...sometimes it's all here in black & white
© 2023 Daniel Pelavin