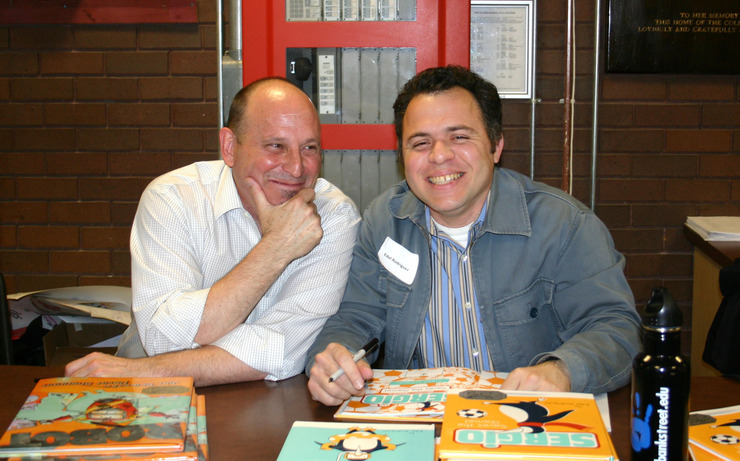 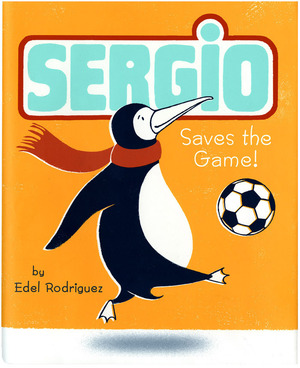 Today was the awards ceremony for the Irma S. and James H. Black Award For Excellence in Children's Literature.  Sergio Saves the Game was selected as one of three books to receive the Honor Book Award.  Robot Zot, written by Jon Scieszka and illustrated by David Shannon was the winner this year.  This is a unique award because the winners are chosen by the kids themselves, about 2,500 children from all over the country voted on their favorites.  A special treat for me was to spend a lot of time with one of my favorite writers, Jon Scieszka, as funny in person as you would imagine after reading one of his books, some of which include Stinky Cheese Man, The True Story of the Three Little Pigs, and about 18,000 others.  That's him above as we signed books after the event.  What a great guy!

Another cool thing is that the medallion given to the winner and the Honor Books was designed by Maurice Sendak, a close friend of Irma's and a former member of the Bank Street Writers Lab.  On the medallion are three dancing figures, Irma with a book crowning her head, Maurice's dog holding a book in her mouth and Maurice himself.

Jon accepting his award.  Me checking his immigration status. 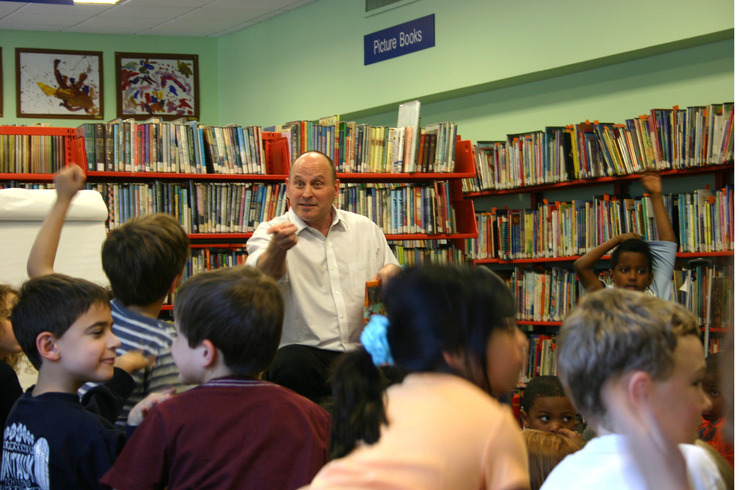 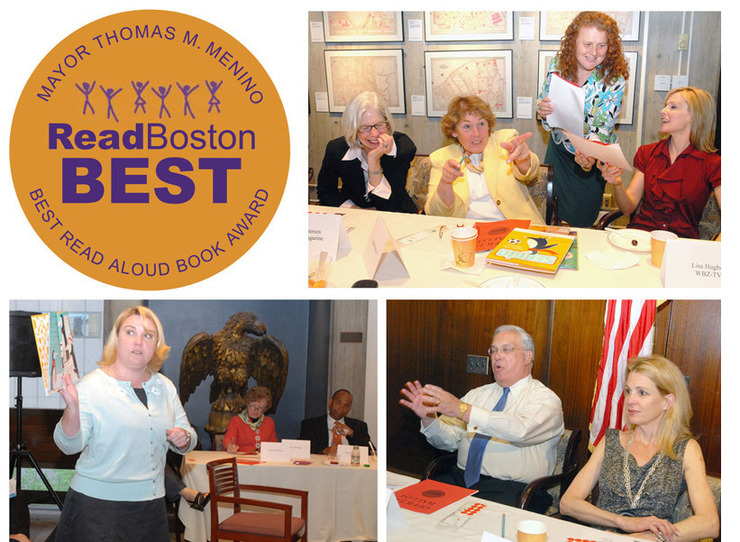 Last week, Sergio Saves the Game was also selected as ReadBoston's Best Read Aloud Book.  ReadBoston is a nonprofit children’s literacy program founded by Boston Mayor Thomas M. Menino. Their mission is to ensure that all children can read at grade level by the end of the third grade.  The awards are judged by librarians, journalists and community leaders, some of which are pictured above during the judging process.
I've also been doing a number of readings and drawing with kids in schools over the last month.  Below is a photo collage of some of the classes and their very cool drawings!
On Sunday, June 13th, I'll be doing a number of readings, book signings and drawing at The New York Aquarium in Coney Island.  Please go to this link for more information.