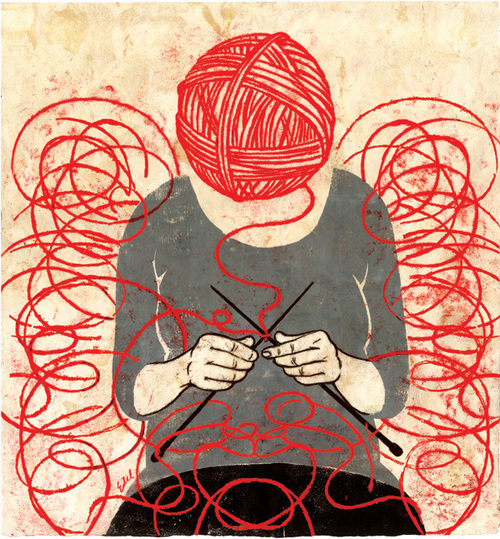 Acrylic and oil-based ink on bark paper. 15" x 15"
This is part of the series of posters I've done for Soulpepper Theatre in Toronto.  The performance runs through this week.
'Night Mother is a winner of the Pulitzer Prize, Drama Desk, and Four Tony Awards, and deals with the difficult relationship between a mother and daughter.  It takes place during one sitting as the mother and daughter discuss their life, the mother knits, and the daughter threatens suicide.  I wanted to work with a red knitting thread in some way to hint at the idea of the family's complicated and violent story unraveling before the audience. 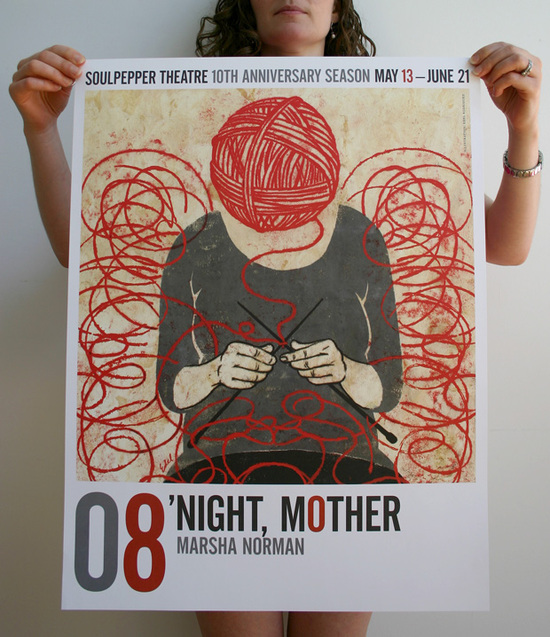