Poster for "Heaven on Earth", a new film by Deepa Mehta 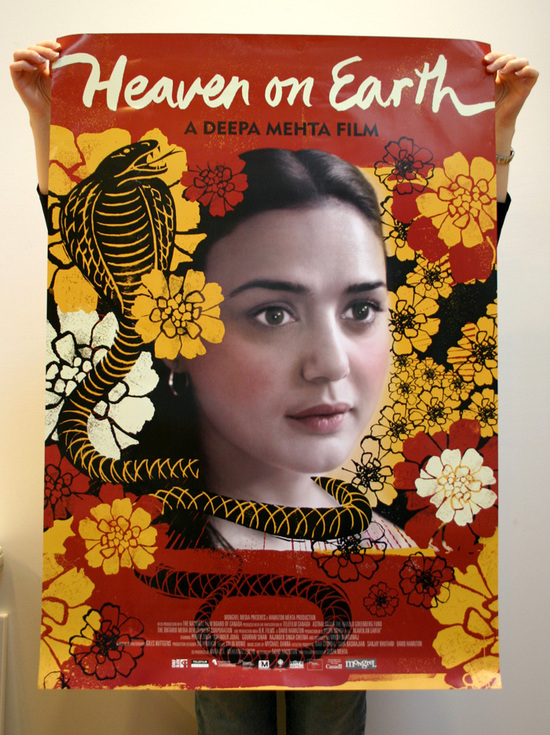 Poster, 27" x 38"
This is a poster I worked on for Heaven on Earth a new film by Academy Award Nominee Deepa Mehta.   The film was an official selection at the Toronto Film Festival where these posters were displayed.  The art will also be used in all the cotalleral material, DVD cover, ads, etc. This is the second film poster I’ve worked on, the previous one being for Celia the Queen.  The process for film posters is interesting, so I thought I’d go into it here. 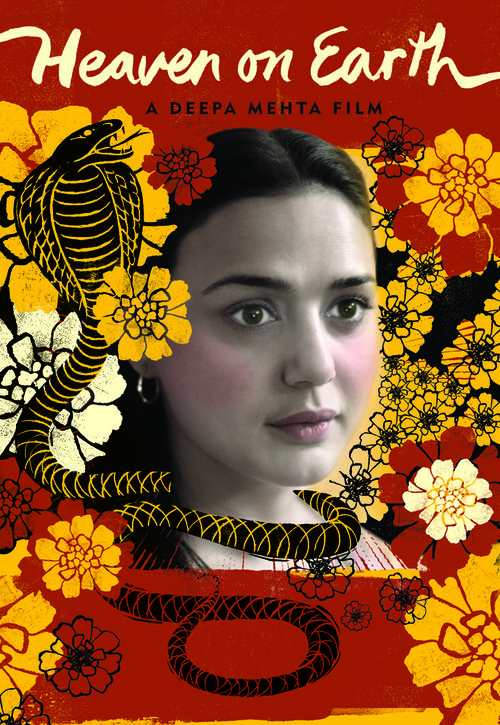 Final art, mixed media
The producer at Mongrel Media had seen my posters in Toronto for Soulpepper Theatre and wanted to work with me on artwork for the film. He wasn’t sure of the direction but wanted me to look at the film and go over my ideas. Step one was to get a copy of the film from the producers. Here is a clip of the film’s trailer which gives you a rough idea of the plot. The main theme of the movie is arranged marriage and domestic violence in an Indian immigrant household: 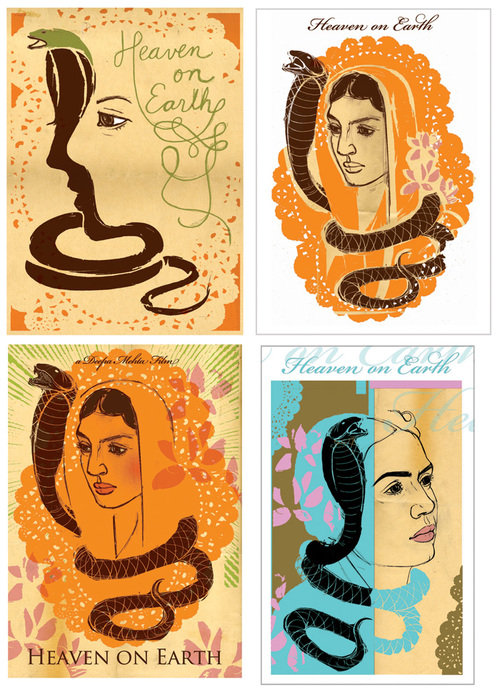 Sketches
After seeing the film, I started working on a series of rough sketches and ideas.  One of the pivotal scenes in the film shows a cobra wrapped around the neck of the main female character, the abused wife, played by the beautiful Indian actress Priety Zinta.  I thought that was a great symbolic image in the film that I could work with.  I tried a number of different options and sent them off to the producers and Deepa Mehta to get their feedback.  Some of those sketches are above and below: 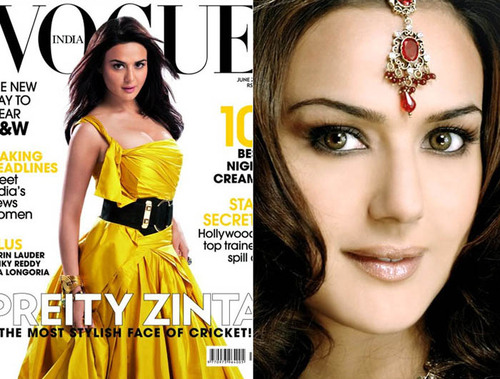 Priety Zinta, the star of the film.
They liked the sketches a lot, but we hit a snag.  The problem was that Priety Zinta happens to be gorgeous.  She’s a huge star in Bollywood and this is the film that is introducing her to a Western audience.   So, Deepa and the rest of the team wanted to find a way to include a photo of her in the poster instead of a line drawing or a conceptual poster approach.  I decided to try something which I’ve been thinking about for a while, combining my drawings with photographs.   I received about 100 film stills from the film crew and started looking for some photos of Priety that could work well on the poster.  Some of the stills are below: 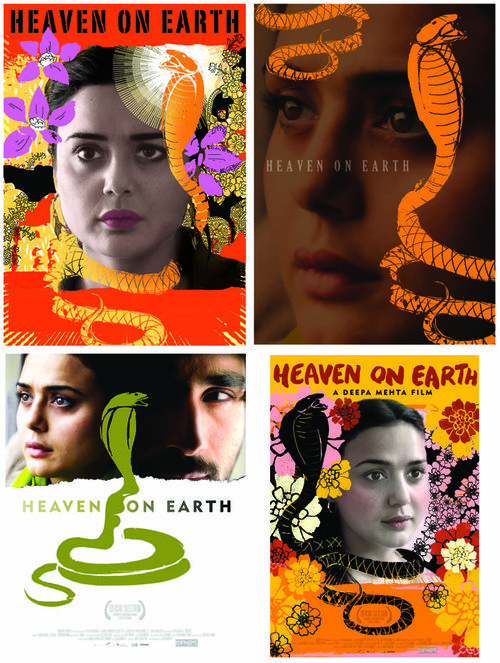 sketches with photos
I then put together some rough comps with the photos and my drawings.  We decided on the bottom right approach.   I did the title as hand lettering, but changed it to upper and lower case for the final design.  I also did all the hand tinting and coloring on the photograph of Priety. 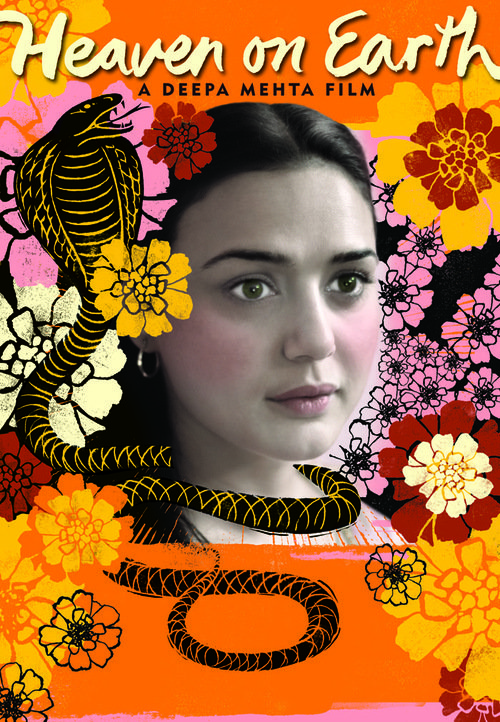 Orange version
I did two color variations as finals, one with a red background, and one with an orange background.   Both were printed and shown together at the Toronto Film Festival.  It’s a lot of fun delving into the film poster genre and I hope to keep doing more of these over time. 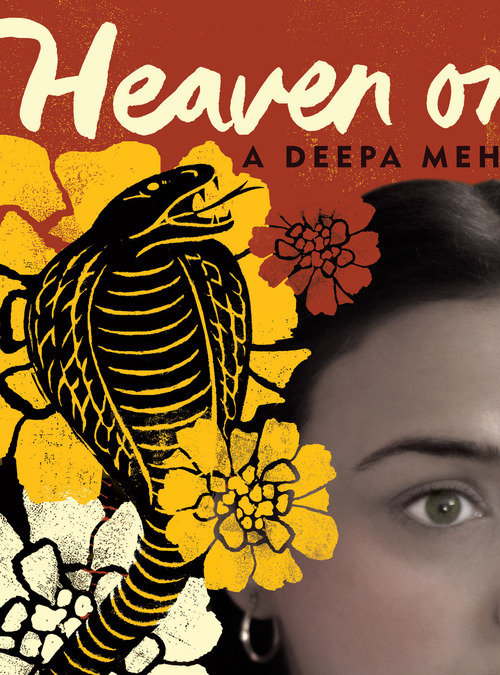