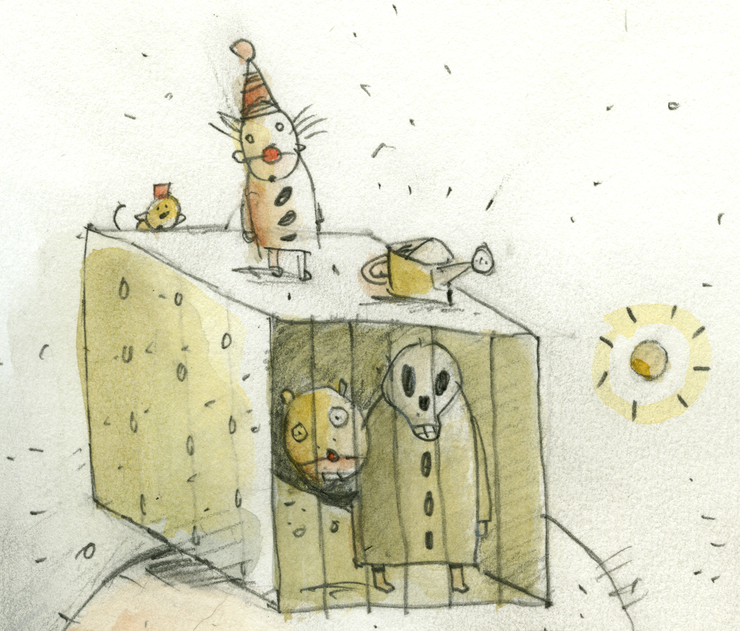 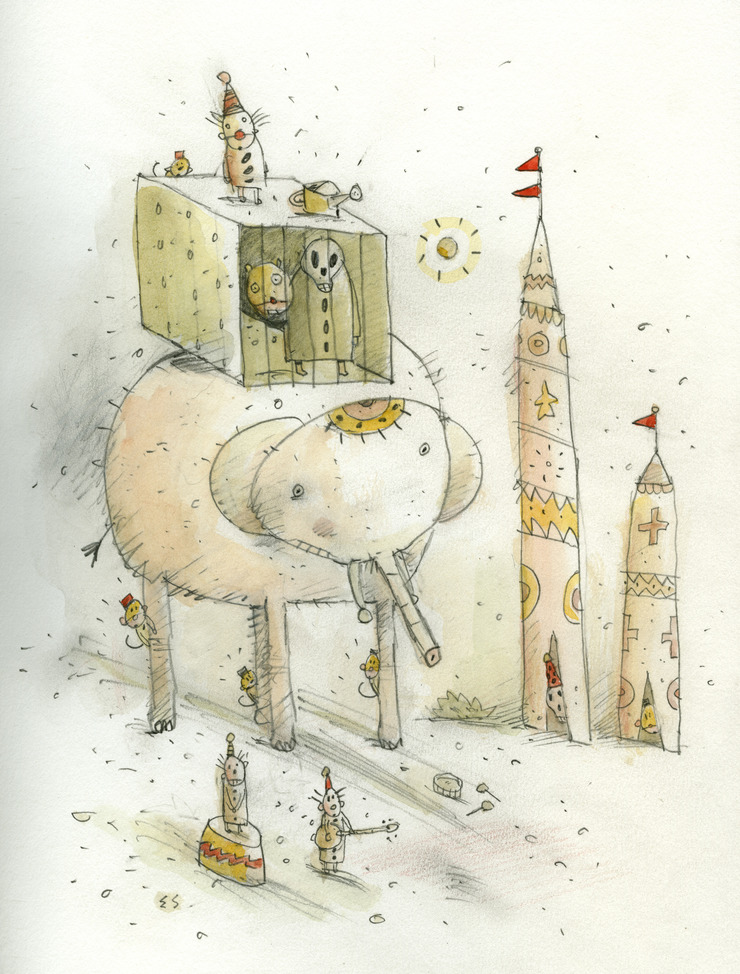 Death at the Circus #10 (Full image)
THIS DRAWING, unlike most of the others in my Death at the Circus series, depicts a real event. Recently, a friend hired a guy to set a Havahart trap to capture a groundhog. My friend was out of town and the trap setter neglected to check on it daily. The poor creature died of heat exposure and thirst. I still can't get it out of my mind; imagining the several days of suffering for no reason whatsoever. I think it's a lack of compassion for what we call pests. The groundhog only wanted to eat from the garden and now it's dead. Better to shoot it than to set a trap and let it die slowly. I doubt that anyone set out to murder the little guy, but no one associated with this local tragedy is guilt-free.