AUGUST 4, 2013
Steve Heller just emailed me from Paris to say JC Suares has died. Variety has an obituary.

I owe JC too much to try expressing it on a day like today when I'm swamped with deadlines. But a few years ago I posted an article here about the birth of what has come to be called conceptual illustration; and I'm writing something more extensive about it to be published in the fall. The best I can do today is to quote from that: 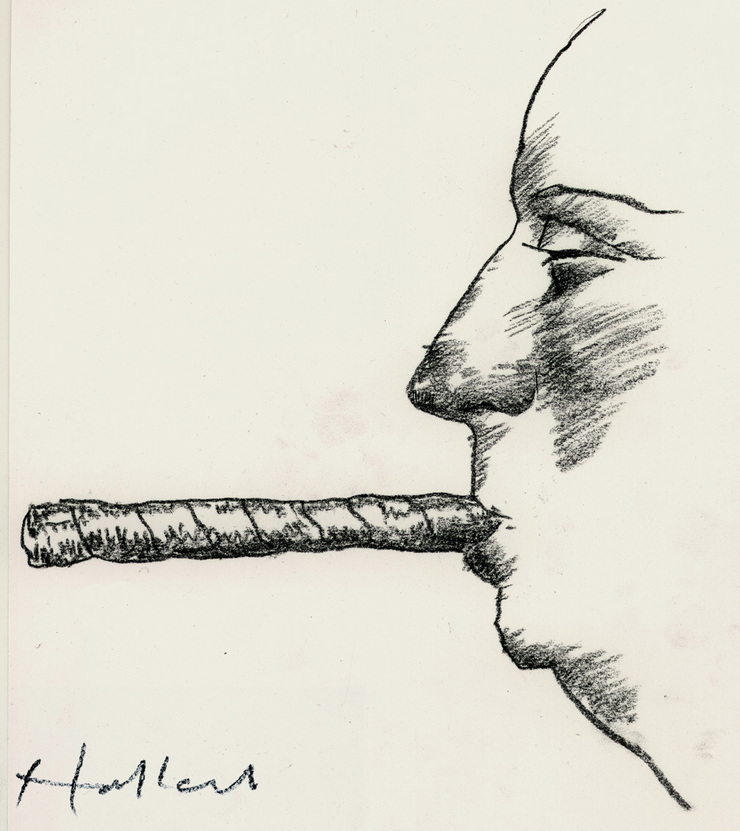 "The first mainstream forum for this new approach to illustration appeared in 1970 and it was an unlikely one: the Op Ed page of the New York Times. This feature, newly-created, was the first op-ed page in the country. The Times had never published editorial art before, and the editor, Harrison Salisbury, wasn’t sure what he wanted. He knew, however, what he didn’t want: no donkeys and elephants, no Uncle Sams and John Q. Publics, and no cartoons of politicians with their names written on their suits.

"To find a vision for the page, Salisbury turned to Jean-Claude Suares, a former art director of Screw and the only member of the hippie press who drove a Bentley to work. A self-described descendent of an old Egyptian banking family, a refugee from NasserÃÂ¼s revolution, a dropout from Yale and graduate of Pratt, Suares spoke several languages and used them all to recruit a small posse of artists from around the world. The artists had different approaches to art, but they had one thing in common: a personal approach.
"This made them alike in their potential to redefine what popular art could be and do in the changing world of the mass media."
For my  own part, I wanted to disengage graphic art from the need to channel a writer's sensibility and point of view; and by 1970 I had found only two art directors willing to cut me loose and defend what I was doing to their editors: Art Paul at Playboy and Heller himself at the hippie New York Review of Sex. Suares was the third, but he was the one who brought my drawings out of the world of men's magazines and sex papers into the mainstream.
I met JC at the shabby Review of Sex office at 80 Fifth Avenue. He was just starting at the Times that day and within a week, he saw that I was being published there. Within two years, the art of the Op Ed page was being exhibited in museums around the world and I made my first trip overseas with Suares for the big exhibition at the  Musée des Arts Décoratifs in Paris. 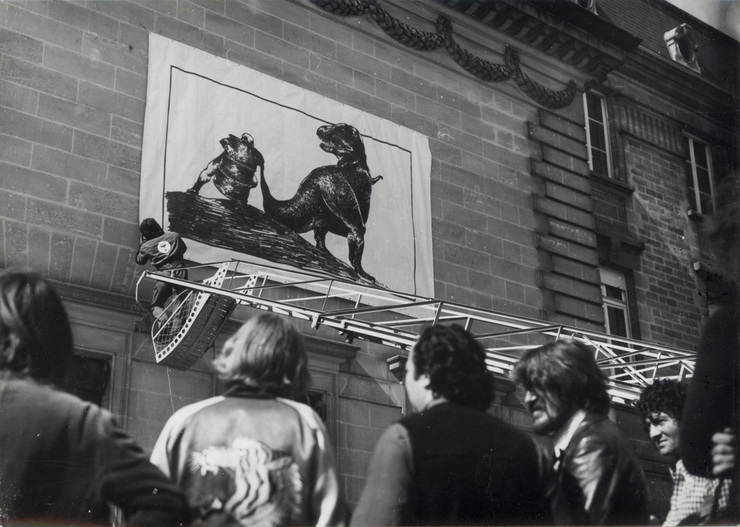 It was a long trans-Atlantic flight in the smoking section of the plane (they still had them in those days) while JC chain-smoked cigars. He had brought along his buddy, the jazz musician Charles Mingus, and seeing Paris for the first time in the company of those two was like sitting in the back seat of a squad car as two wily cops patrolled the streets.

Suares didn't stay long at the Times – he had stepped on too many toes there, and left when his own defender, Harrison Salisbury, retired. But in his short two years he had midwifed an approach to popular art that has greatly expanded the range of what we as artists can do.
He went on to advise publishers, author books and do his own charming drawings for many of them.
We live in a world of hyperbole these days, but in truth, there are never many people in any generation – nor in any line of work – about whom it can be said that so-and-so was a giant. JC was a giant; and everybody in the field of graphic art these days owes a little bit of their own creative freedom to him.
RIP, JC. You left too soon.