NOVEMBER 10, 2017
Over the summer, these ten pictures were selected for various graphic arts annuals. My thanks to all the jury members who voted for them.

Dove  is an uncommissioned painting I did for my 2016 exhibition at the Nuages Gallery in Milan. The idea came from a charcoal drawing of a dove I did many years ago at the mission of San Juan Capistrano in California. A more immediate inspiration was a little mourning dove that used to sit on the ledge outside my window and, with a pane of glass in between, torment the cat. The painting was selected for the Communication Arts Illustration Annual and, despite its modesty (or maybe because of it) it was one of my favorite paintings from last year. 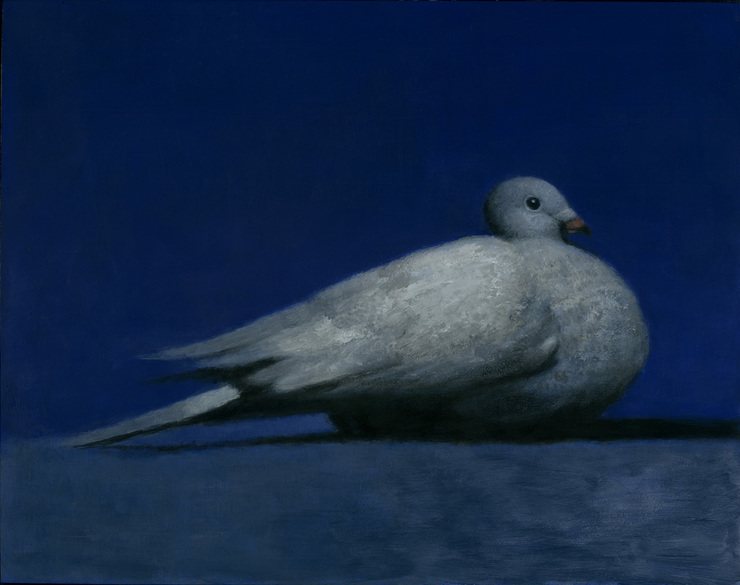 The Guantanamo Failure was an ink and pastel drawing done for Nicholas Blechman at The New Yorker. It was picked for this year’s American Illustration Annual. I did several pencil sketches for the assignment, at least two of which I plan to do in a similar manner for no one or no reason in particular. 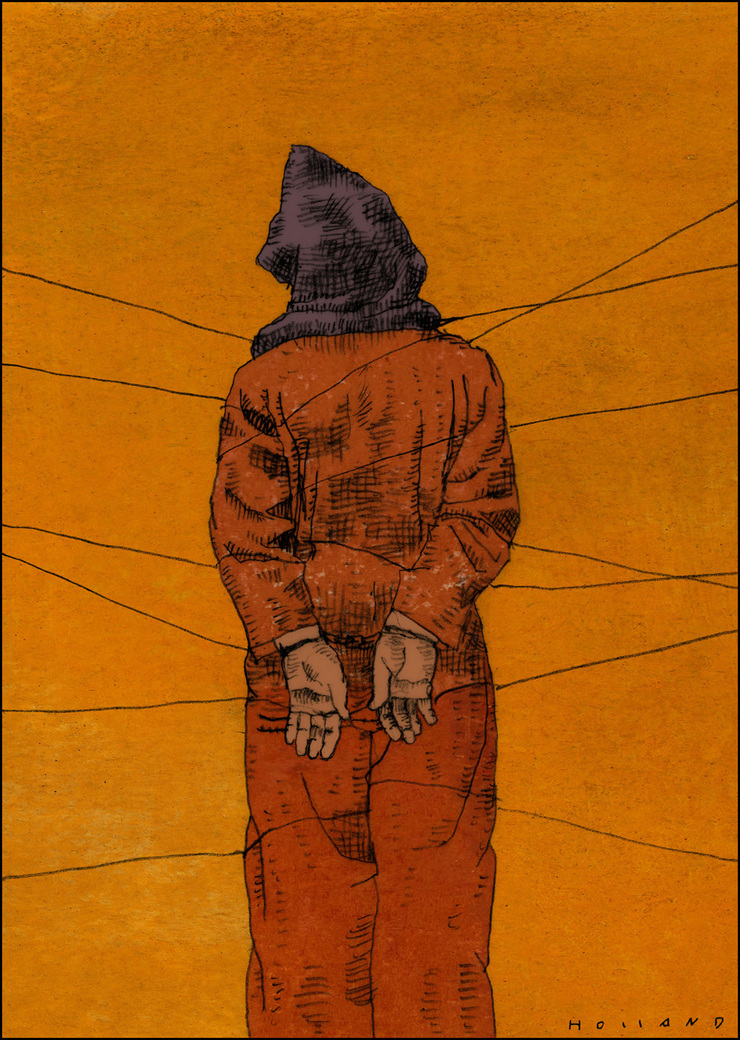 Chronicle of a Creep was also selected for the American Illustration Annual. It began as a throwaway drawing I did one day when I was warming up a pen. Although I had done it on scrap paper, I liked it so much that I decided to scan it, save it and see if I could do something with it. I had already added color to it when Patrick Flynn emailed me to ask if I had some images he could use for an article in The Baffler. I sent it to him, along with a dozen or so other possibe options and was happy when he chose to use it. 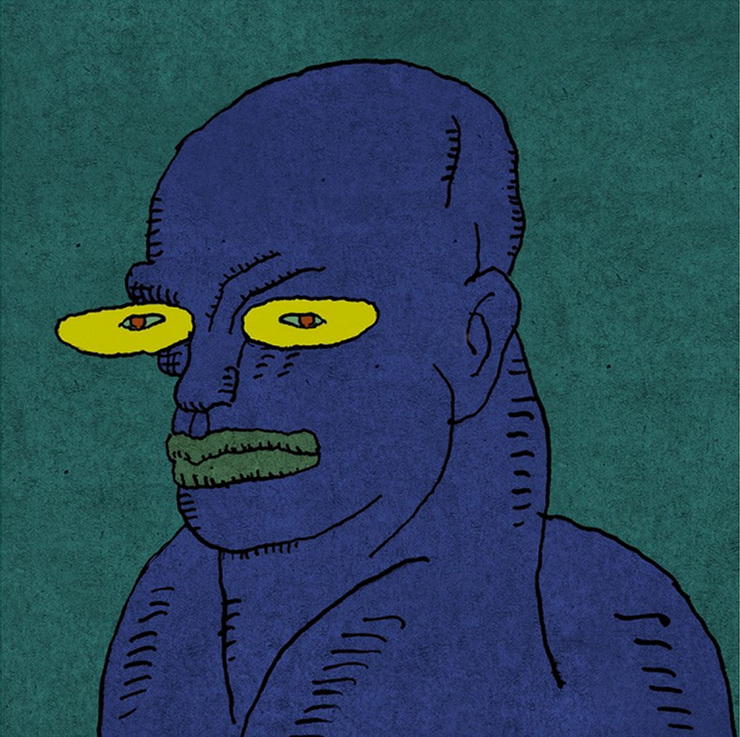 Fashion is one of seven posters selected for inclusion in the 2018 Graphis Poster annual. Like the others in the series I've been doing, it was an uncommissioned drawing, although Patrick Flynn did publish an early version of this one and a couple of others as stand-alone pieces in The Baffler. The idea behind the project was to do some drawings to go with quotations from various articles I've written, although in this case, the tag line was just a thought I had one day listening to all the overblown hype surrounding New York’s Fashion Week.. 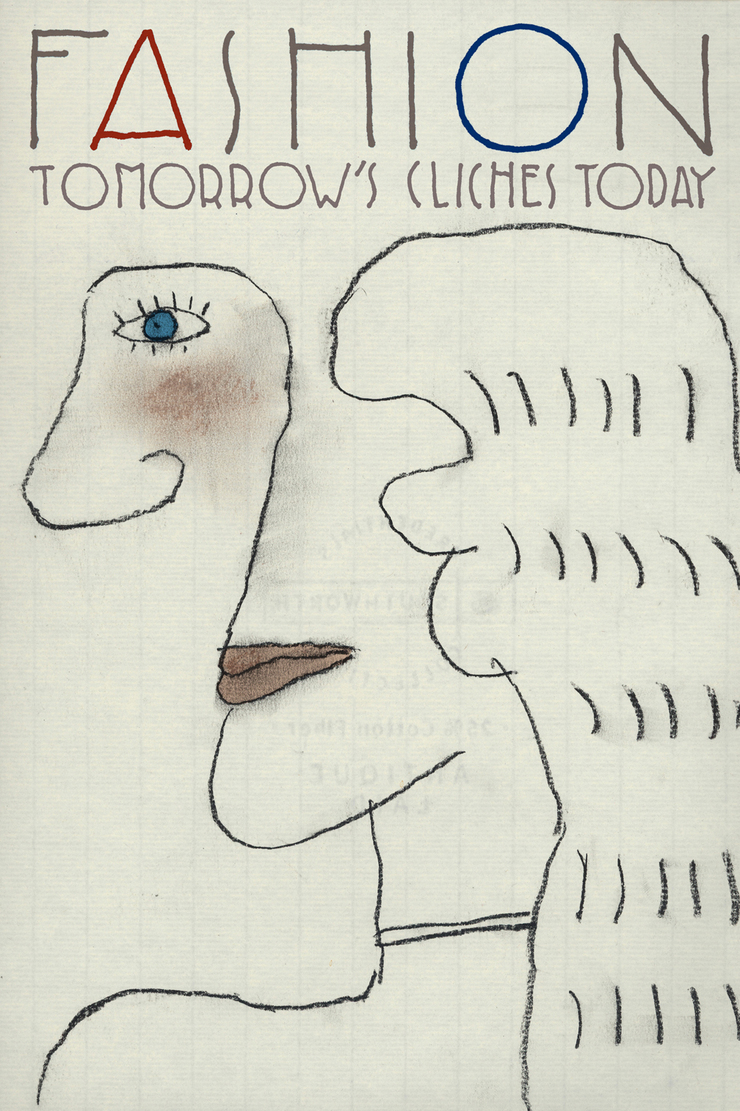 I Do a Lot of Thinking Without Thinking is a quote from "The Children's Book that Wasn't," an article I posted here on Drawger in 2013. I wrote that piece on a plane coming back from the west coast and when I first found myself writing that line, I thought that I'd like to do a drawing someday to go with it. Over the next year or so I had several ideas for it, but in the end I didn't like the way any of them fit. Then one day last year I did this drawing, just as a quick pencil sketch on the back of an envelope, and then, running across it a few months later, realized I had finally found the right drawing. 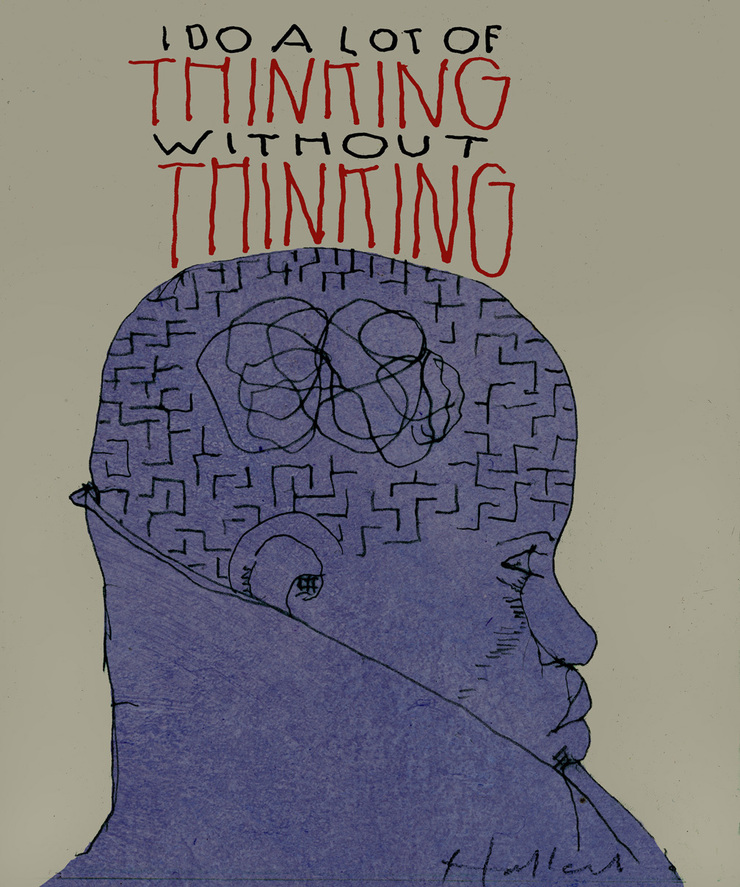 Authenticity is a quotation from "Express Yourself, It's Later Than You Think," an article I wrote some years ago, published in The Atlantic. A lot of quotes from that piece have turned up on websites such as Brainy Quote, which is where I accidentally ran across them one day. Finding that page – and later, others like it – is what led me to start doing the poster series. In the beginning I thought I'd do the series with pastel drawings,  but when I added lettering to the first few, I didn't like the effect. That led me to think that the drawings had to be more sketch-like – to match the spontaneity of the lettering. That concept seemed to work better and after the first dozen, I started adding color. At last count the series is now up to about 40. 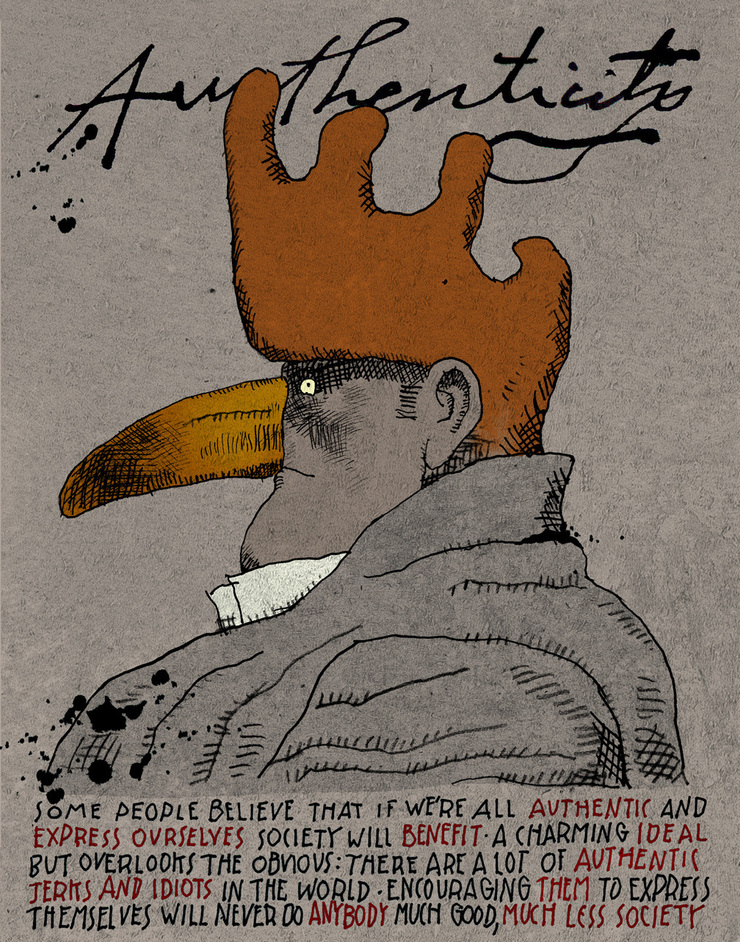 Rome Didn't Fall, It was Pushed is a line that evolved from an earlier quotation. It came to me on the spur of the moment as I was doing the lettering for the earlier quote. The drawing was something I originally did for The Baffler, but which I decided to do over. It reflects my opinion that too many people these days, on both sides of the political fence, are getting their politics from show business and one only has to look to history to see how that kind of thing tends to work out. 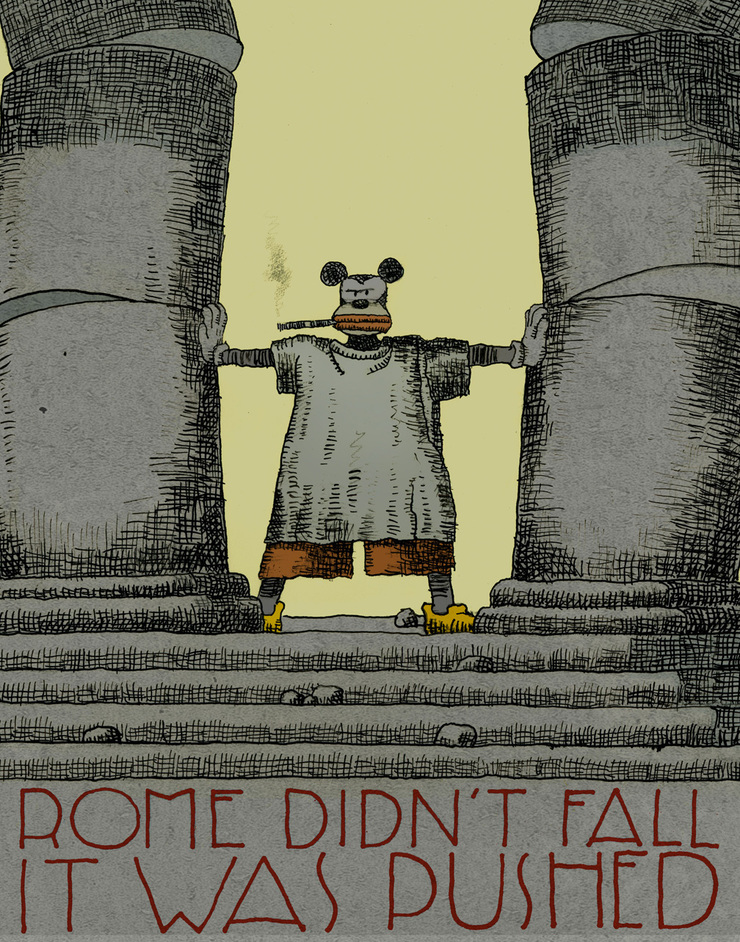 Surrealism is another quote from the "Express Yourself" article. It's funny, because although I wrote the piece as a satire of the art business, its publication in The Atlantic suddenly made me the recipient of press kits from various public relations firms plugging all kinds of gallery and museum art exhibitions. These came in the mail like little CARE packages, complete with slides from the exhibitions cleared for print and pre-written texts that the art critics who received them were free to quote from, mine for information or plagiarize as their own writing. Having apparently missed the point that I was mocking the pretentiousness of the kind of stuff they were sending me, I guess they all assumed I was just another big time art critic who would appreciate the editorial assistance and that I would make good use of it all. I should have written another satirical article about that. 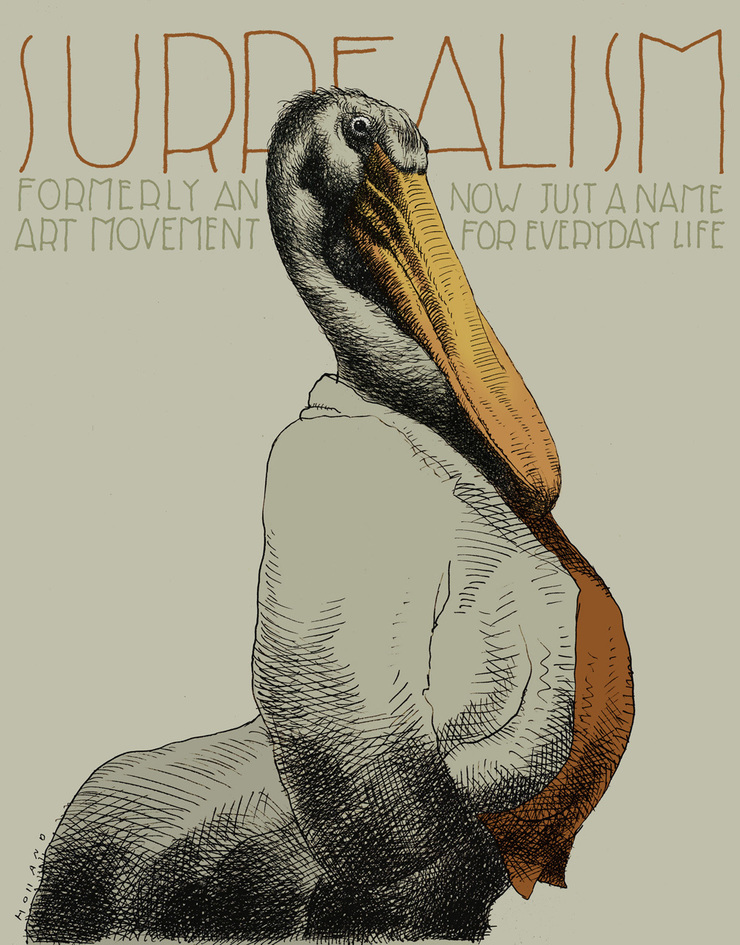 The Lion Will Lie Down With the Lamb If the Lamb is Big Enough is probably another example of having a thought without necessarily thinking. The first half of the phrase is, of course, an old cliché, a pseudo-Biblical phrase that we've all heard in sermons and prayers. When I was a teenager, I worked as an assistant one summer with an old lay preacher in Arkansas who was one half of a brick-laying team. He was illiterate but fond of quoting all kinds of homilies that he was certain came from the Good Book. The lion lying down with the lamb was one of them; but so was "a penny saved is a penny earned." My addition to this weary old chestnut came to me one day when I was stroking the cat and imagining how different our relationship would be if, instead of towering over the cat, I were the size of a bug or a small rodent. The drawing quickly followed and then the lettering, although I did this poster in two versions and – just recently this summer – adapted it to a third. 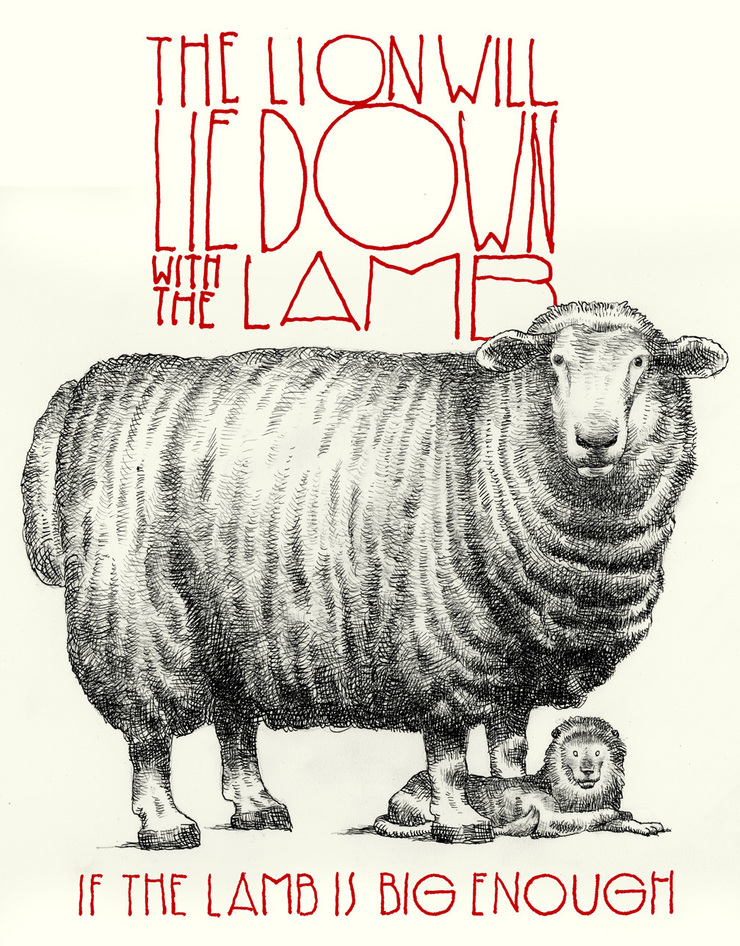 Art Versus Democracy is a quotation from my keynote speech at the second Icon Conference in Santa Fe (2001). I called it "Postmodern Postmortem" and it ended this way: "In the world most of us have grown up in, popular art has inherited and exploded all the forms of art that came before it. Everything from the primitive art of tribal societies to the fine art of aristocratic ones has been thrown into the cement mixer of modern culture, along with its juxtapositions of celebrity and anonymity, poverty and sudden wealth and the continuous swooning of the popular media over trends and fads. The truth is, we haven’t really figured out yet how artists are going to fare as individuals in modern mass democracies.  We’re all experiments." 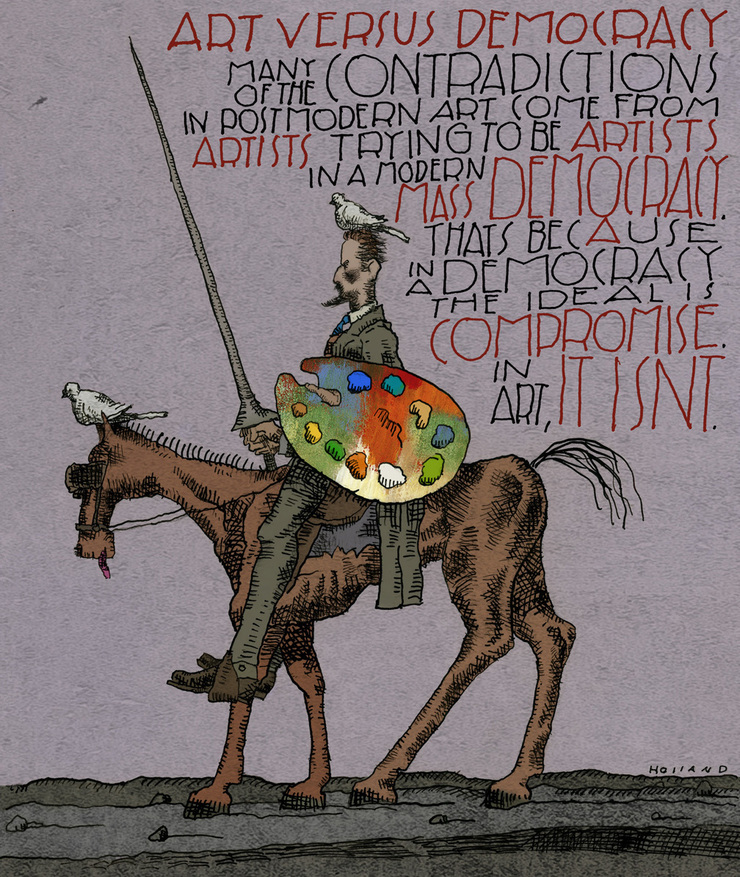