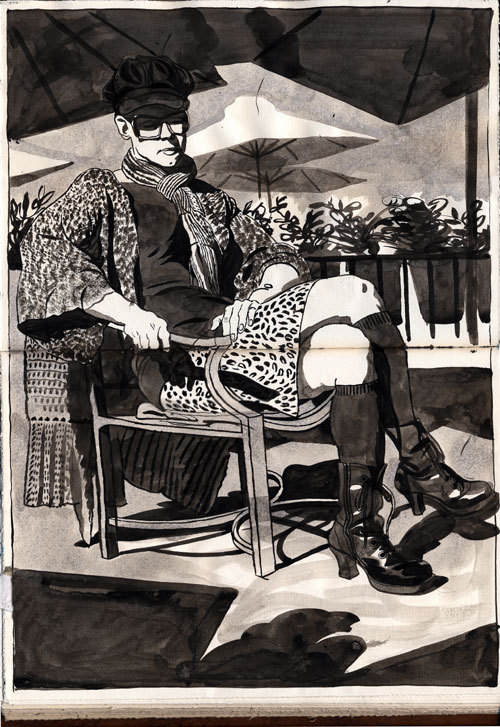 John Cheever could not have written the 548 unless he knew mid-town Manhattan,
was familiar with Grand Central Station, had ridden trains on the Hudson River line, knew the sumptuary laws of people in the Northeastern United States, the particular habits of commuters riding trains in that part of the country, and had read the bible.  In other words, he had to “see” it to “write” it, and then some.
An illustrator who attempts to make pictures that describe scenes from a story has roughly the same problem.  Doubly difficult is the fact that the illustrator is often asked to illustrate something that someone else wrote, about something that he might not have seen, and against a deadline that would make young girls cry and young men faint! The room starts spinning when you add to this the life long pursuit of pictorial ideas, abstract design, drawing concepts and painting technique necessary for distinctive illustration. Ah, the good life!
The greatest “modus operandi” a narrative illustrator has, and the measure of his/her mojo, is drawing.  Drawing is the ability to record life on a visceral level.  I learned to appreciate this point of view as a young illustrator in New York.  But that’s another story.
The point of this post is to offer up a series of sketchbook drawings, made from real life,
Albeit slightly “set-up.”  These drawings were created in 4 hours, and each drawing is approximately 10”W X 14”H.  I drew these drawings while teaching at the Art Center College of Design. The hope is that, through drawing, the student will become better able to see, more appreciative of the human condition, and more sensitive to stories, both visual and literary.  This is not illustration, not by a long shot.  There is no refinement here, nothing but naked.  This is an attempt to see life, and to organize and edit what I see, while flying by the seat of my pants.
The subject of these drawings is an art model and a Los Angeles location such as Union Station, Philippe’s Restaurant, The Farmer’s Market on Fairfax, and the Santa Monica Pier.  Many of the locations were settings for some great fiction stories, and Noir films.
There is a handful of great New York illustrators I have known and studied with, and American fiction writers, and Noir filmmakers I have never known, who are my inspiration for this idea. 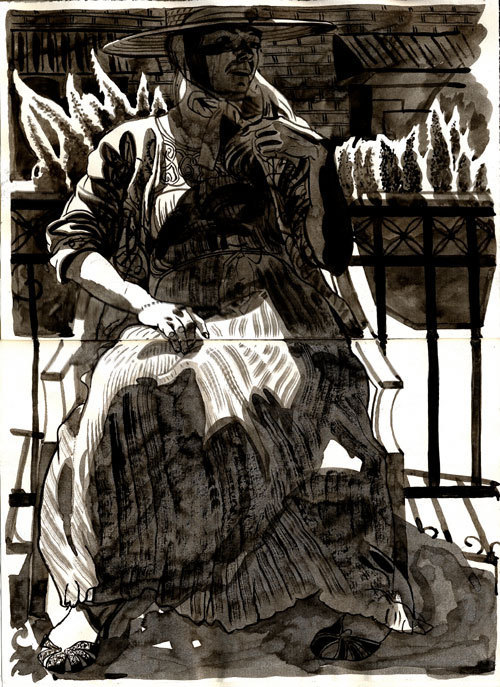 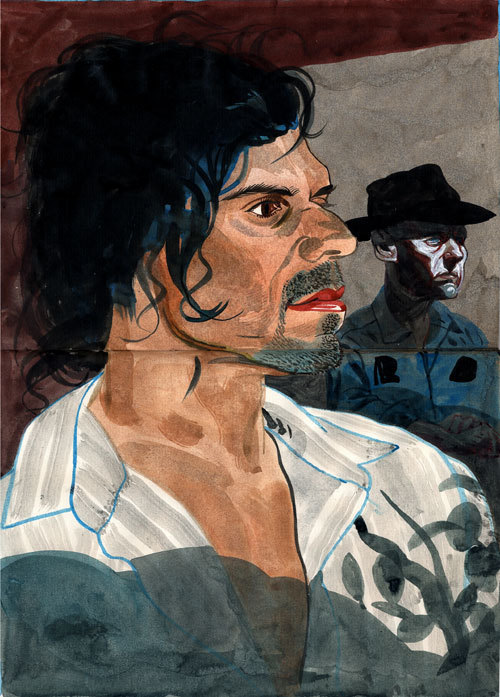 Rajiv at The Farmer's Market on Fairfax. 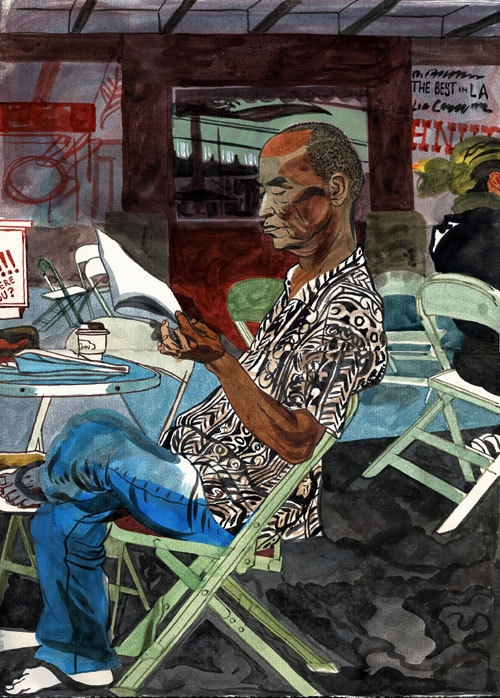 George at The Farmers Market 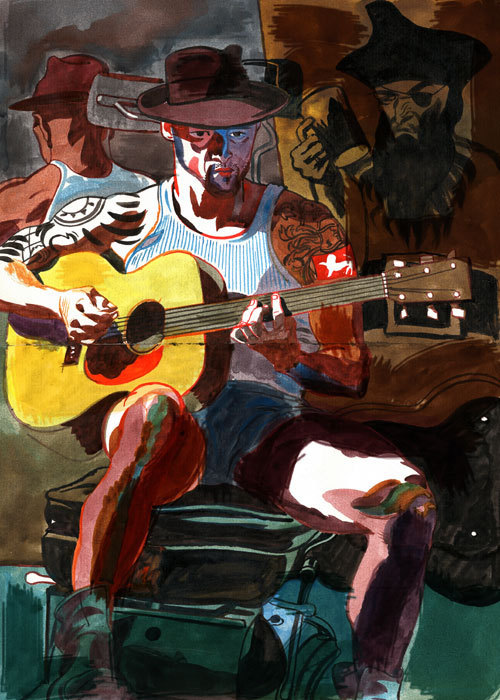 Scott in his tattoo studio 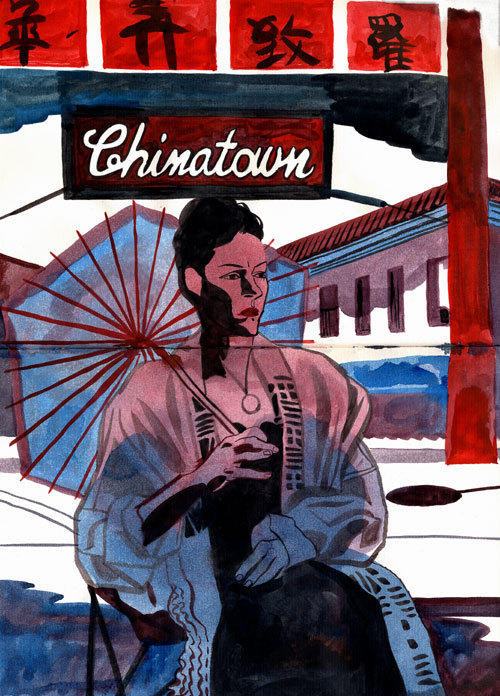 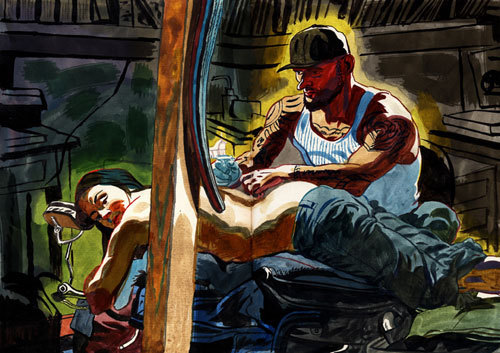 Sarah with her pants down 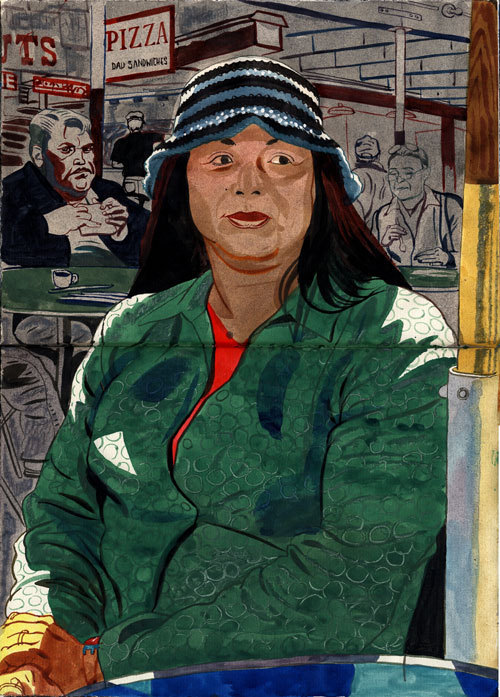 Yuko at The Farmer's Market 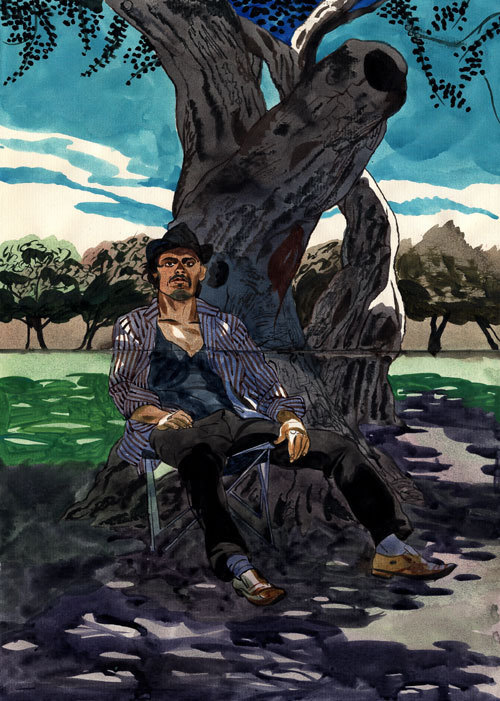 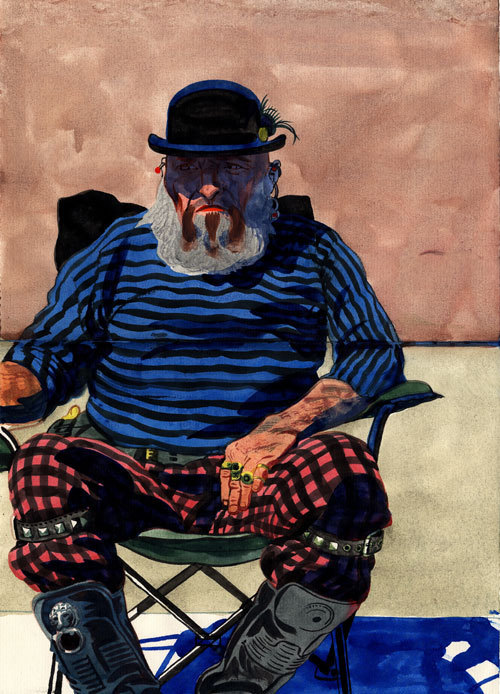 Earl at the Los Angeles County Museum of Art. 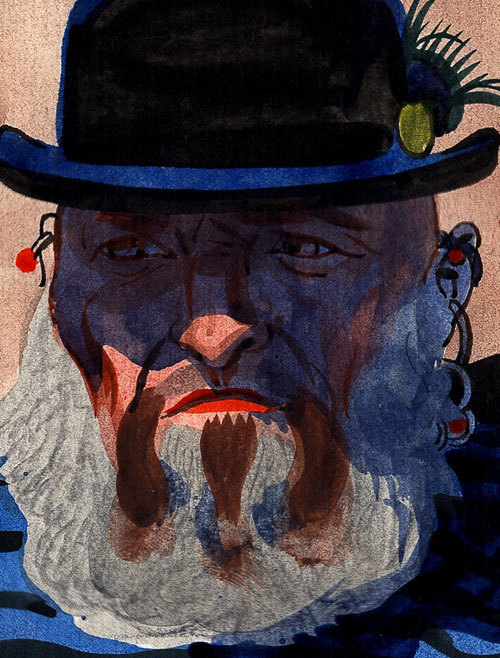 Detail of Earl at the Los Angeles County Museum of Art 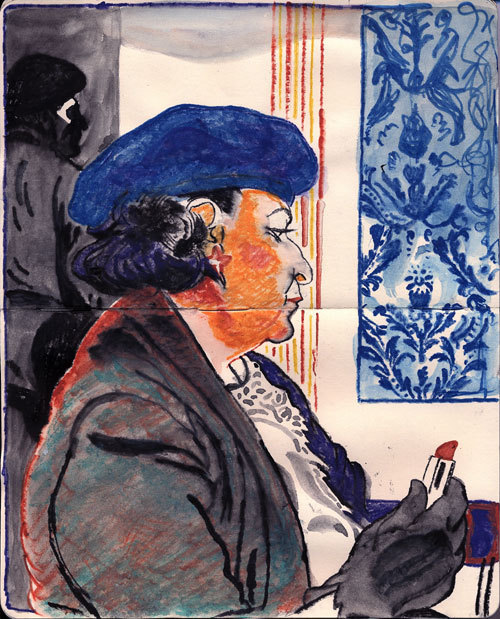 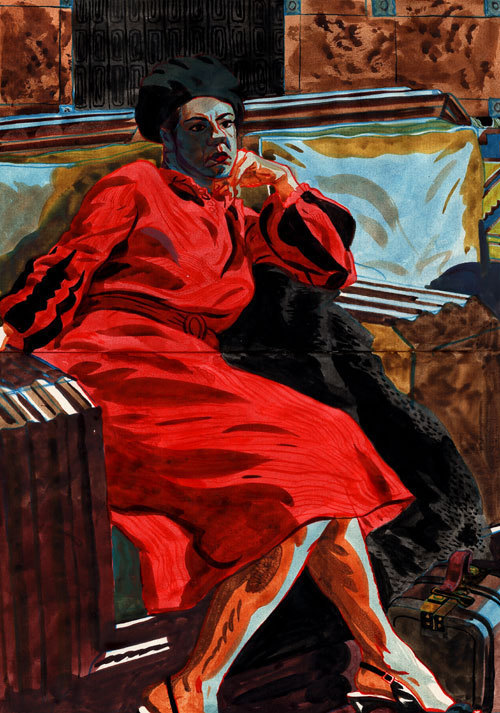