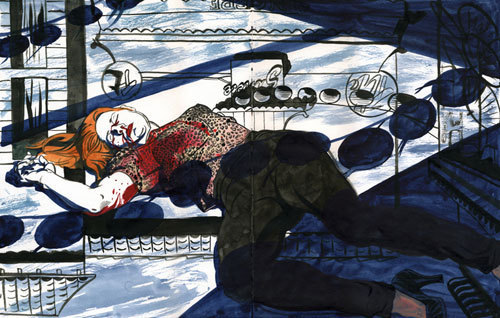 Jennifer in Chinatown, Los Angeles
The following sketchbook book drawings are an addendum to the first series of sketchbook drawings I posted on Drawger, September 19th, 2008. I began the semester with the idea of making each location drawing a "Crime Scene."  The art model would either lay on the ground, or sit in a chair as if he or she had been wounded.  I asked the students to then combine their drawing of the art model with another drawing that recorded a view of the surrounding architecture.  In the case of my first drawing in this series, Jennifer is lying on the ground, and the background is an upside down view of a store front in Chinatown, Los Angeles.
These sketchbook drawings are inspired by the many crime scene illustrations I've done over the last 25 years.

Crime scene illustration assignments began for me around 1984 when a red-hot art director at Texas Monthly Magazine called with 6 full pages for an assignment titled, “Love and Death in Silicon Prairie.”  His name was Fred Woodward.  Since then, these assignments have never stopped. Along with portrait and fiction assignments, re-creation, and crime scenes are my favorite kind of work.  Some of the clients who have commissioned me for this work are G.Q., Rolling Stone, World Monitor Magazine, New York Magazine, Parenting Magazine, Sports Illustrated Magazine, Newsweek, Time, The Washington Post Magazine, The New York Times, The Los Angeles Times Magazine and Forbes Magazine. 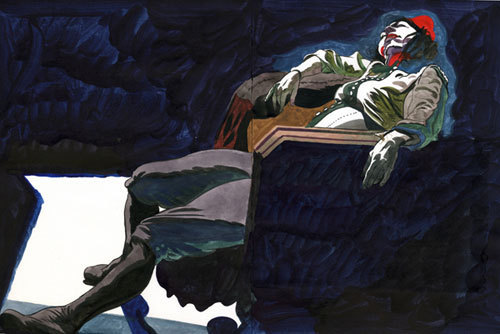 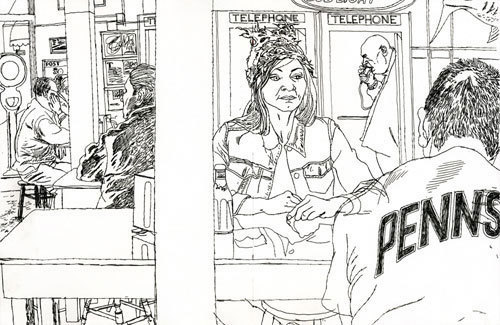 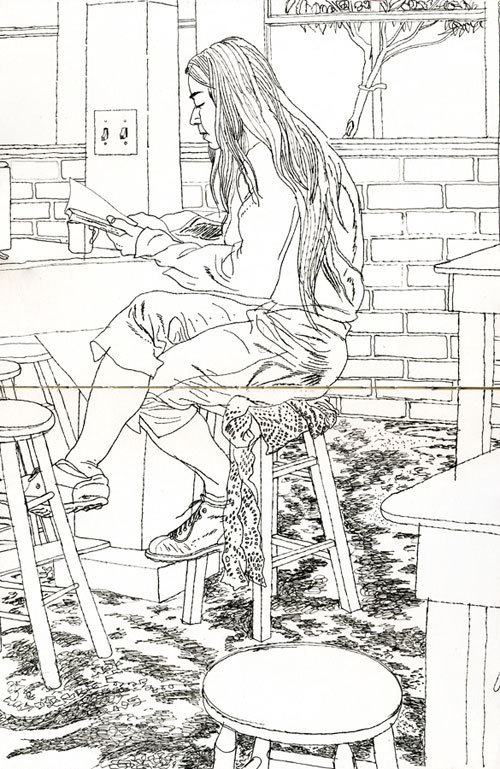 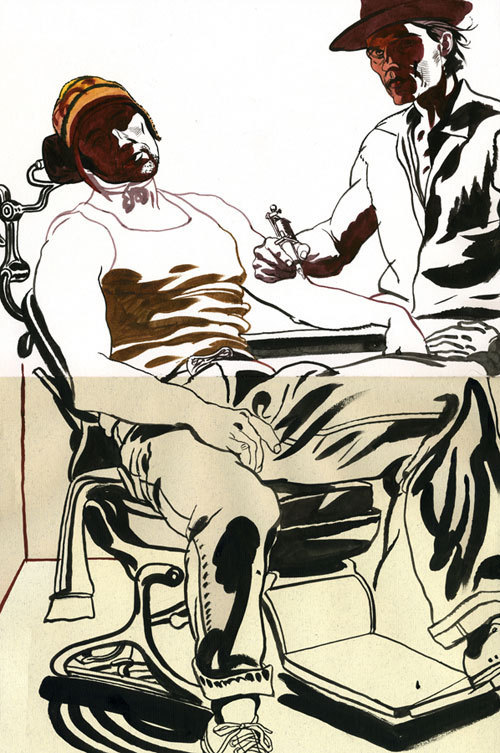 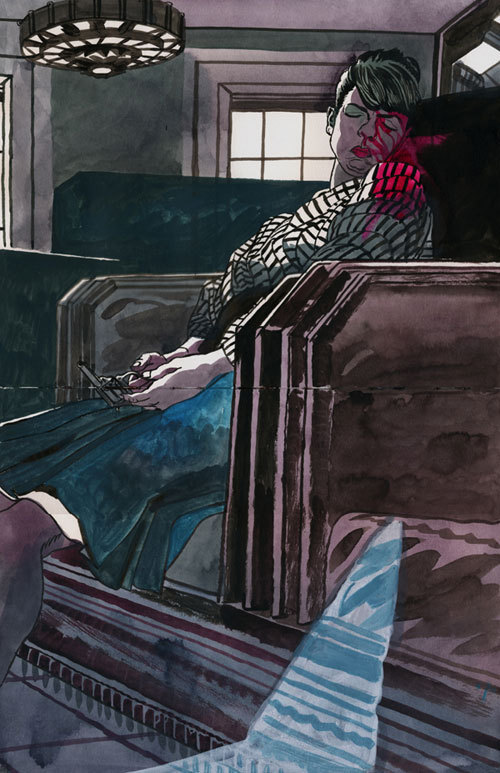 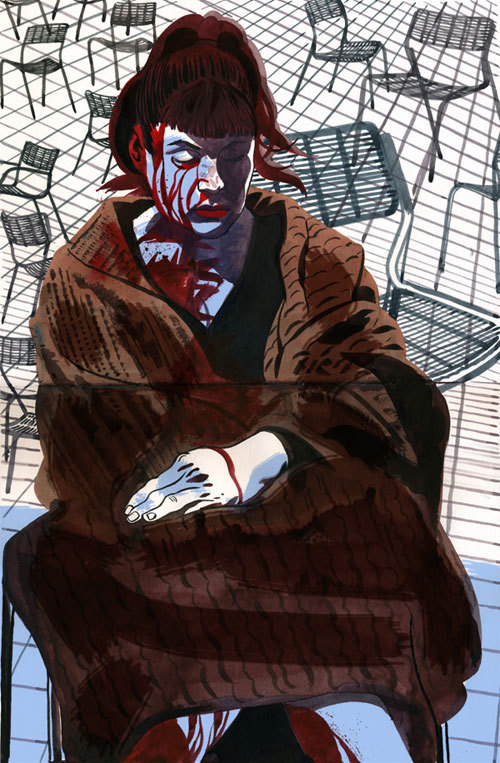 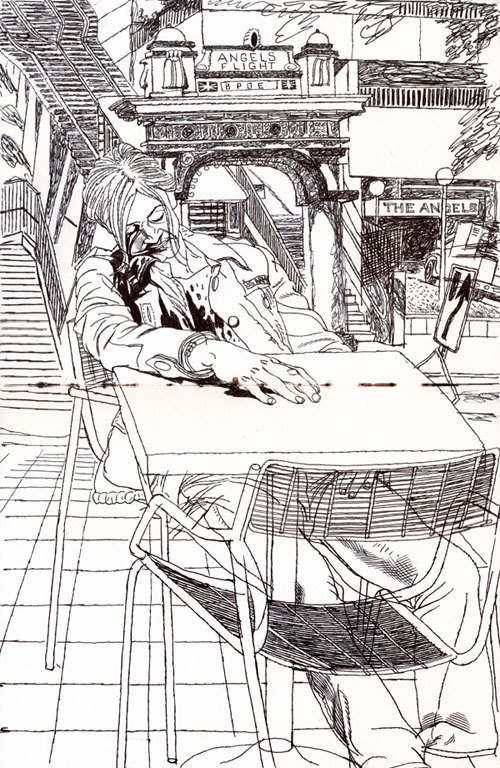 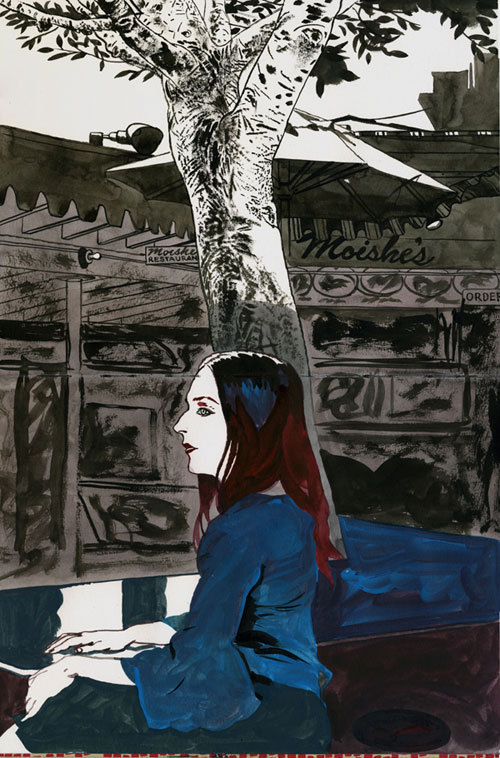 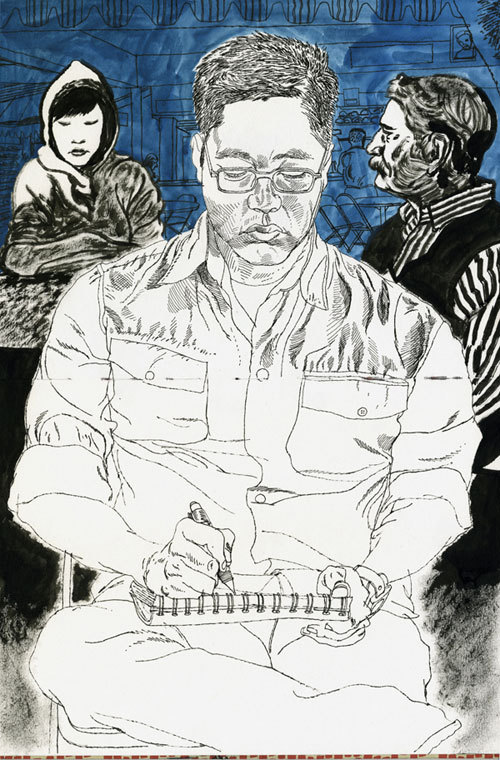