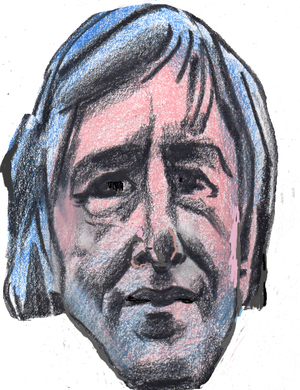 To Tomi Ungerer-
Before I’d ever met Tomi I’d heard about him and in Milt Newborns office on 54th  where two of his messy paintings hung, he walked in with Dick Hess. These two charismatic, larger than life characters glowed in their own energy fields and I wanted to be part of this club. Tomi had already left New York and Dick would leave for a higher calling a short, few years later. I’d missed the boat but illustration was something I was determined to try. 35 years later, I ‘m still trying.
"All in One,"  a major show of Tomi Ungerer’s Work, will fill the Drawing Center this Thursday. Tomi will be there. No one comes close to  the prodigious output  and brilliant lunacy of this consummate artist and genuine original. If you can’t make it, have a look at “Far out isn-t Far enough” – Netflix.