Hat's Off
In the late 70's, my 3 best friends (who happened to be my band) and I took a hint from The Beatles and The Beach Boys and plunked down our $75 to learn Transcendental Meditation. At that time it was very difficult to lay off beer and doobs for a two week period so we could go into our first session with the required clear heads. But we made the sacrifice and learned how to meditate.
In the ensuing years I meditated on and off depending on the need and the time constraints of family and career. Over the past several years, however, the kids are clearing out, and in an effort to keep the creative fires burning brightly I have worked meditation into my daily routine. I get to my studio early and do computer foolishness for about an hour while having my morning coffee. That done, I turn everything off and sit quietly for 20-25 minutes. I then have my oj and draw for an hour in my sketchbooks. I have found that meditation has made my daily drawing more focused and measured. By clearing my mind, often the good stuff comes in. Sometimes it doesn't, but that's ok. I have been drawing in my sketchbooks long enough to understand that there are cycles. Sometimes it's happening and sometimes it's not. The important thing is to keep doing it because you never know when lightning will strike in the form of a killer idea. I don't mean to proselytize here. I have no illusions of world peace or the ability to levitate. I just know that it works for me.
Lately while meditating ( when I was supposed to be purging my thoughts) I have found myself thinking about how to graphically represent what meditation feels like and what it looks like behind closed eyes. I started making small thumbnails in my sketchbooks exploring these ideas. Then I started painting watercolors of those thoughts. All, of course, with an eye on the extremely lucrative counter culture market! 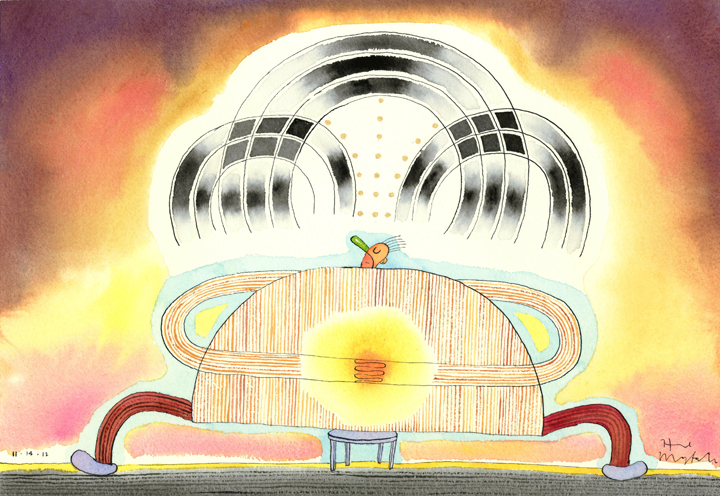 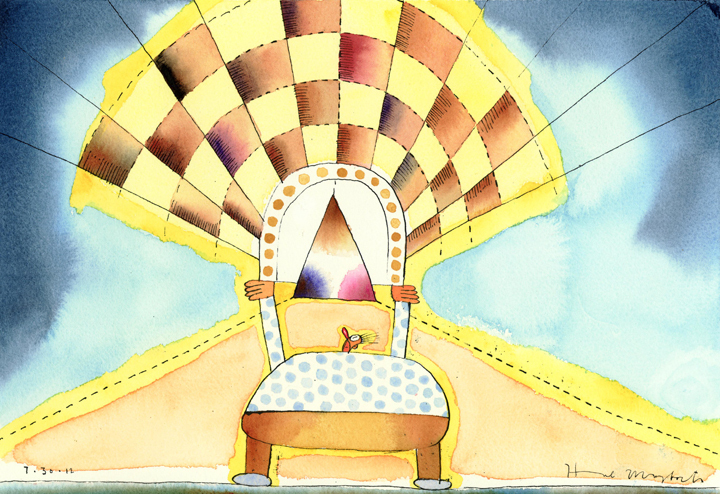 Raptus - This title is ripped from one of my favorite Marsden Hartley paintings which hangs in the Currier Museum in Manchester, NH. 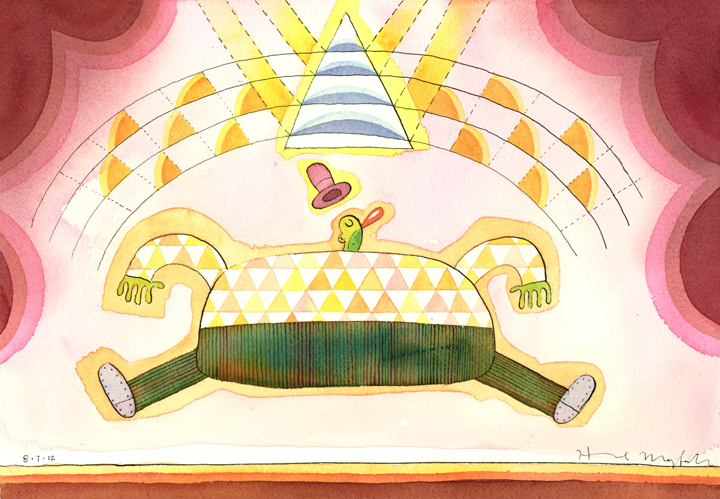 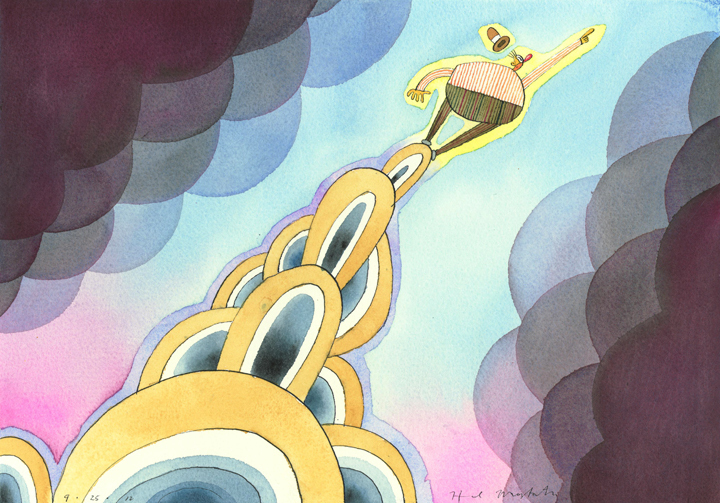 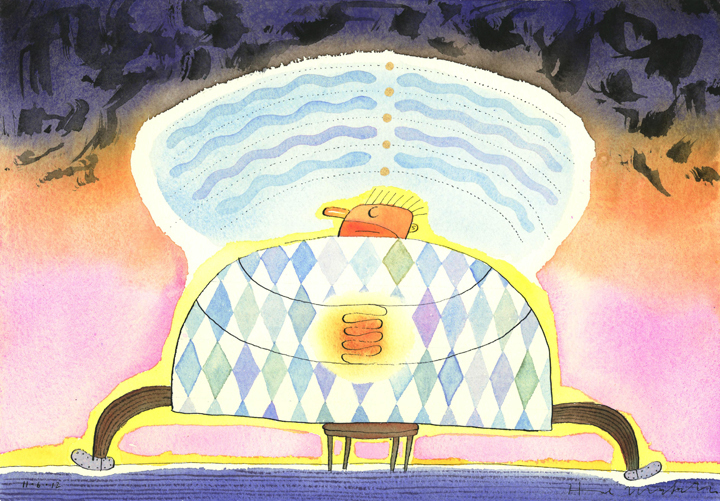 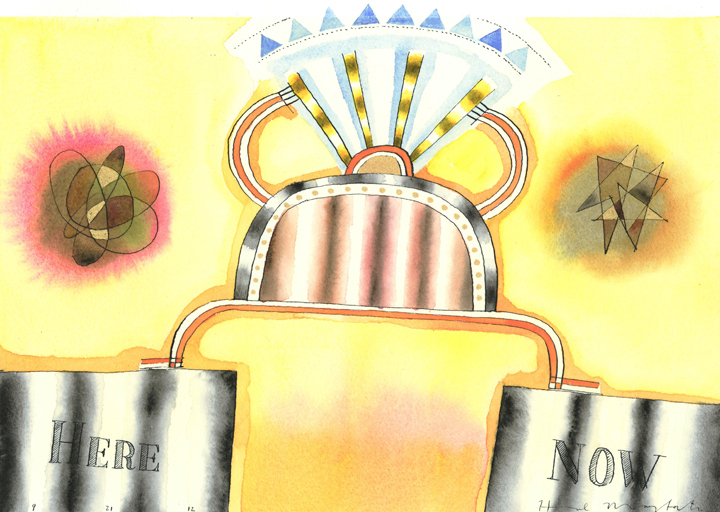 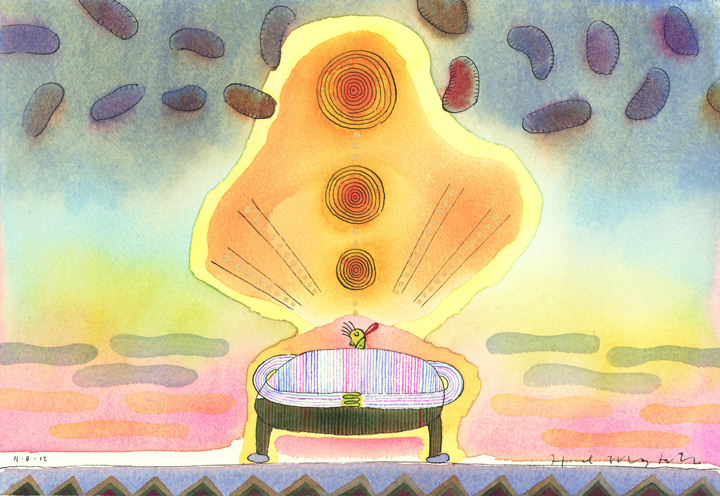 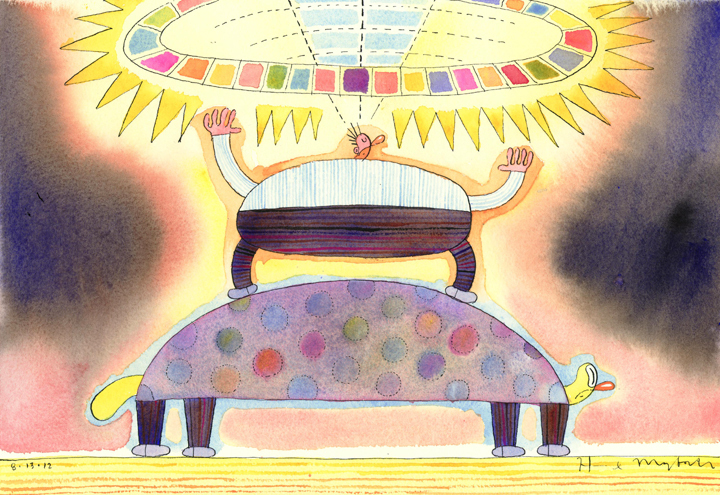 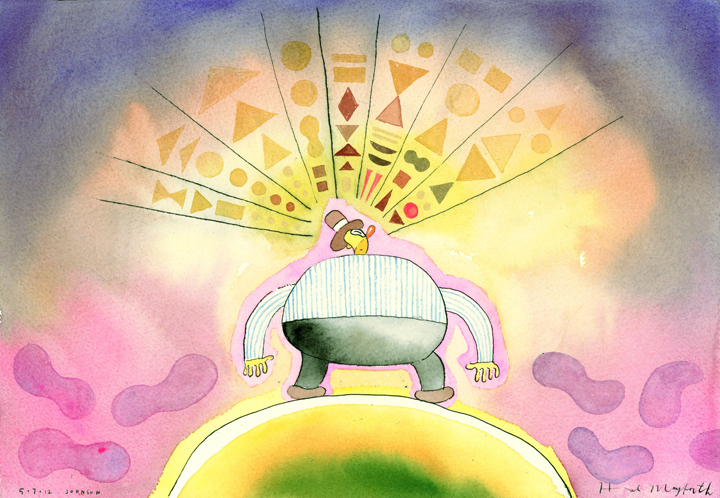 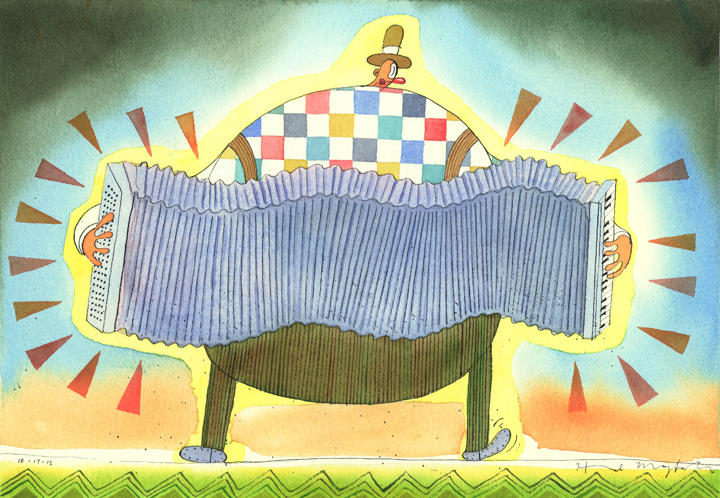